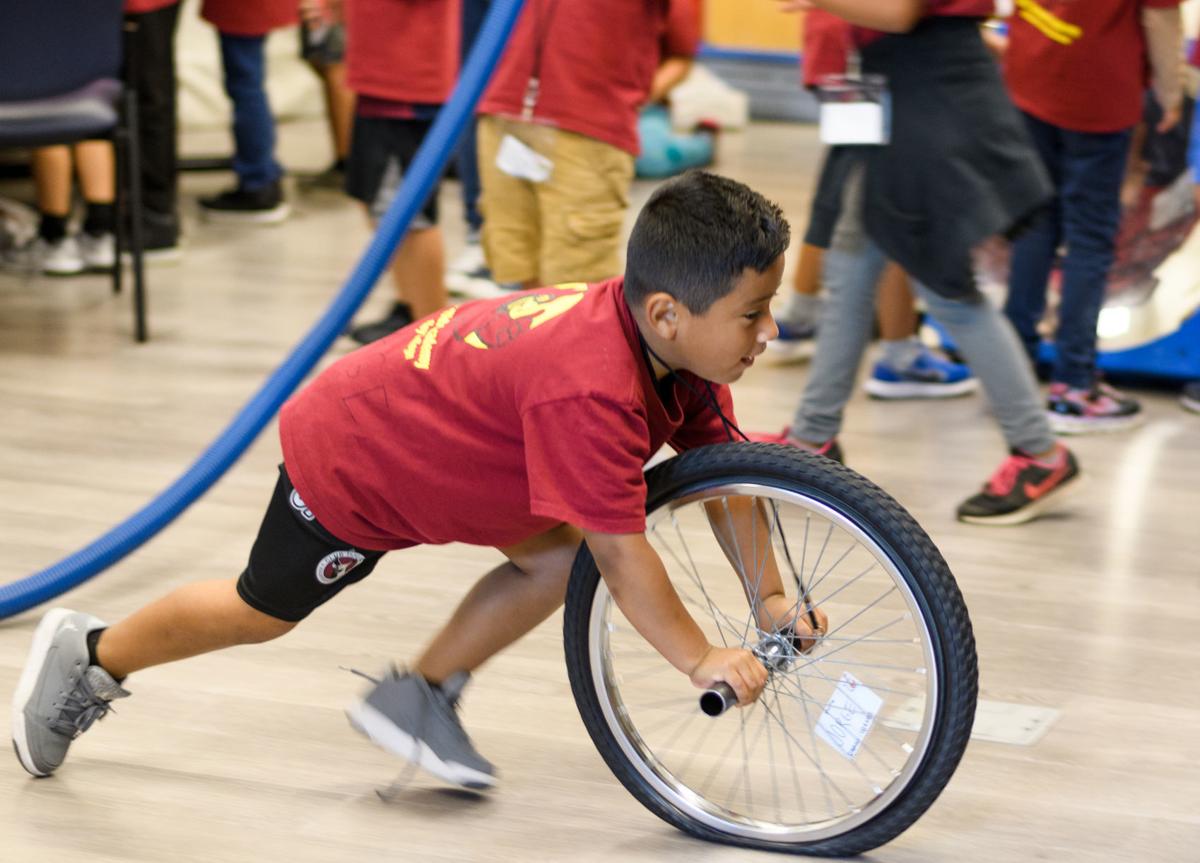 A student plays with one of the many science, technology, engineering and math-related, hands-on exhibits put on Wednesday by the Pacific Science Center at Skagit Valley College in Mount Vernon. 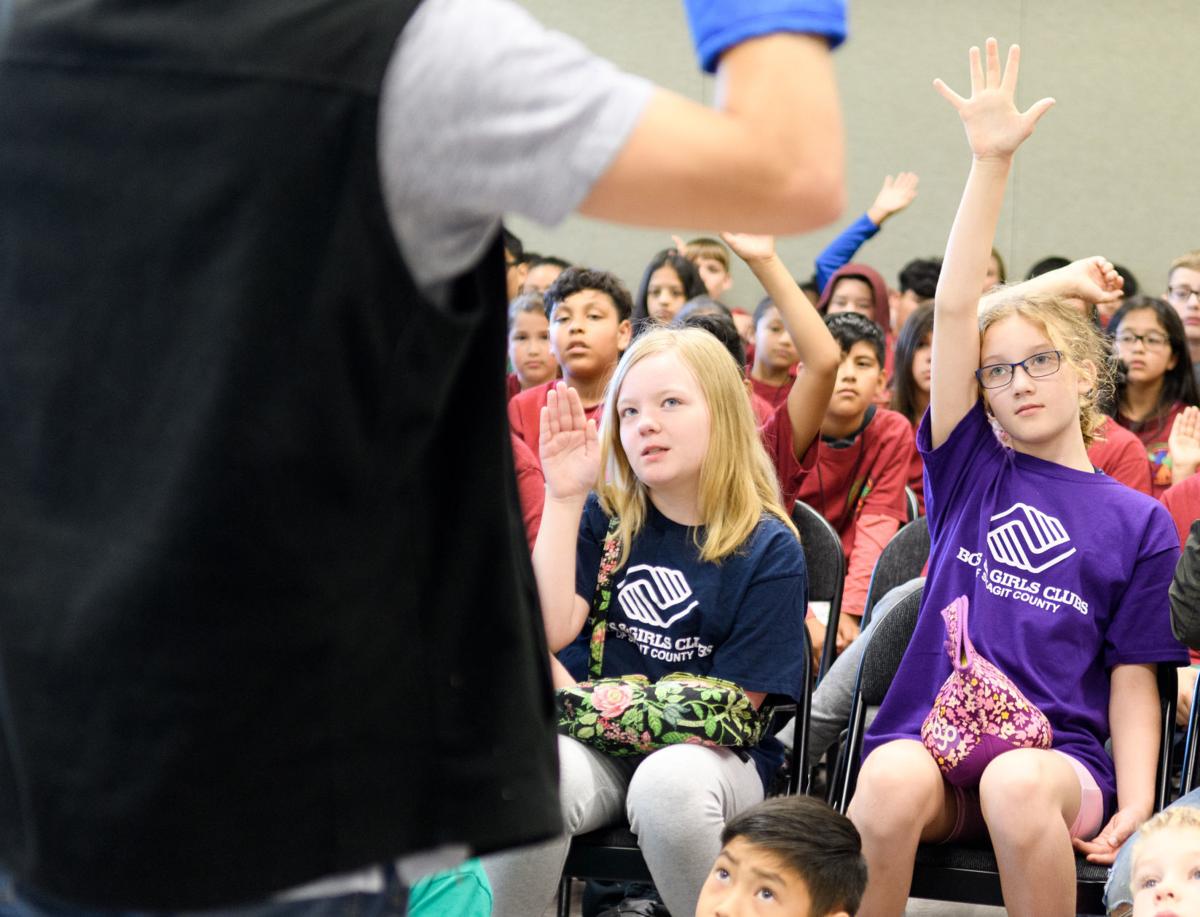 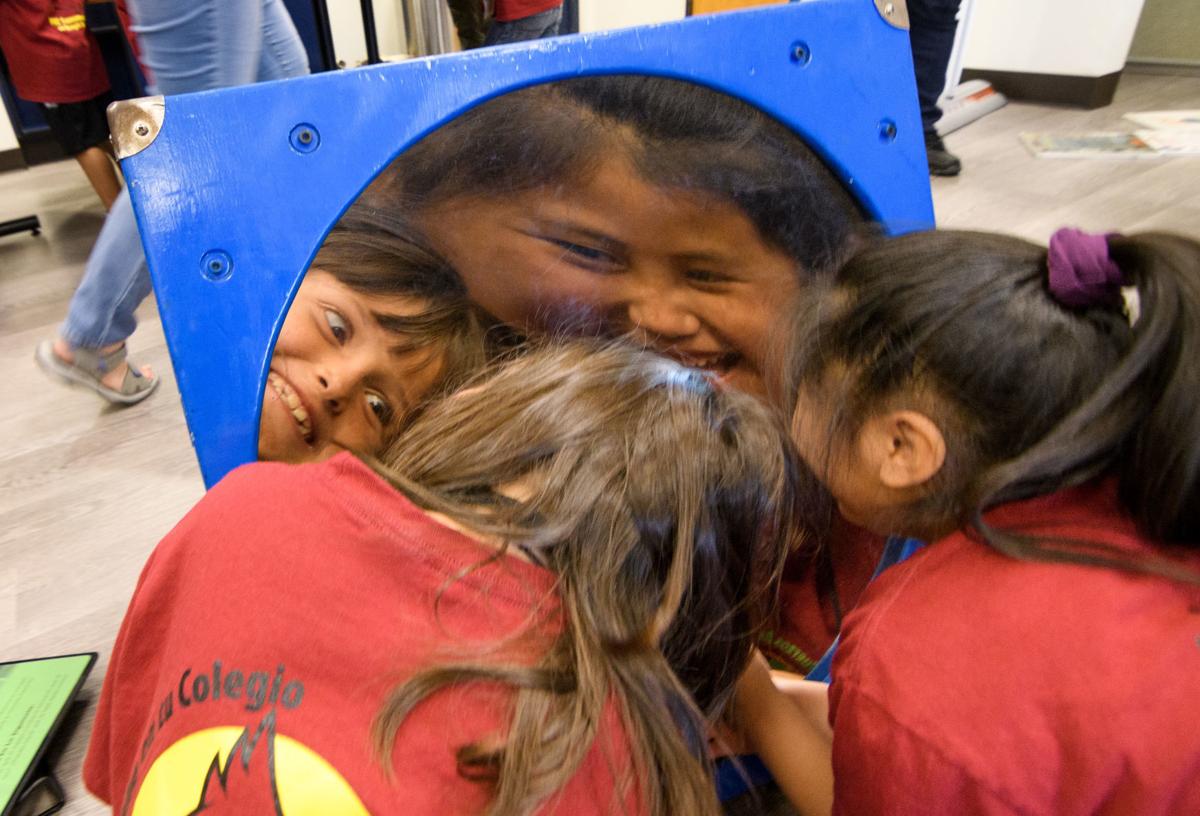 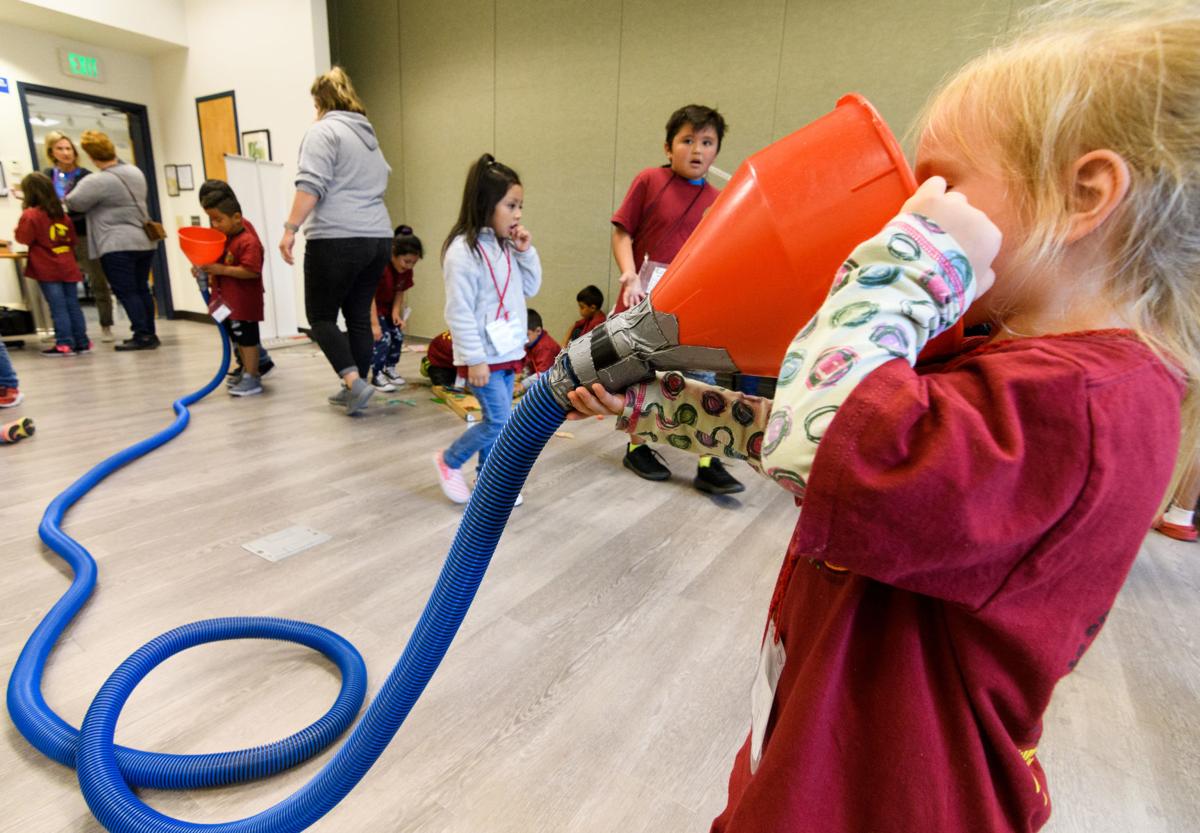 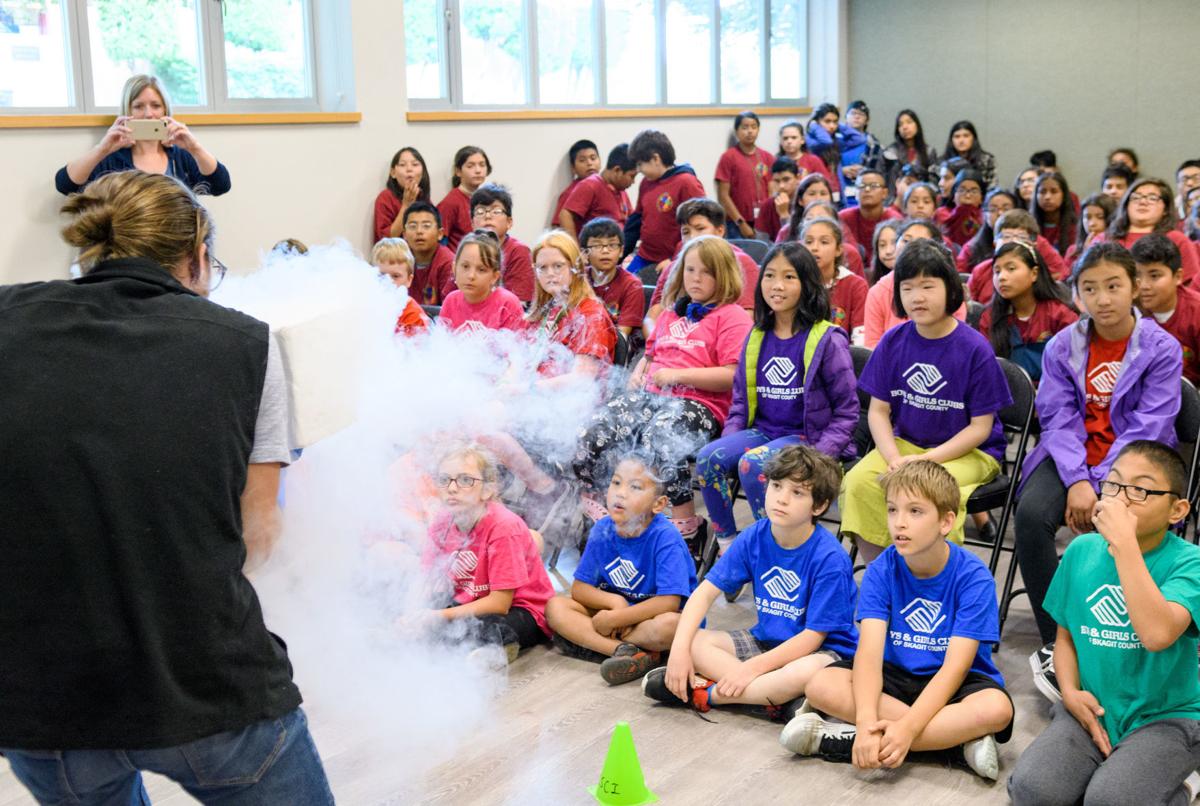 Students watch a demonstration Wednesday using liquid nitrogen during an exhibit put on by the Pacific Science Center at Skagit Valley College in Mount Vernon.

A student plays with one of the many science, technology, engineering and math-related, hands-on exhibits put on Wednesday by the Pacific Science Center at Skagit Valley College in Mount Vernon.

Students watch a demonstration Wednesday using liquid nitrogen during an exhibit put on by the Pacific Science Center at Skagit Valley College in Mount Vernon.

MOUNT VERNON — Clad in unmistakable red shirts with a cardinal on them, about 270 middle, elementary and preschool students have spent the past five weeks exploring Skagit Valley College as part of the annual Foundation for Academic Endeavors’ summer academy.

In its fourth year, the five-week program brings low-income students from throughout the valley to the college campus to learn, explore and play during the summer.

“Students need something to do in the summer, and there aren’t a lot of options for low-income families,” said co-Executive Director Carol Rodin.

Part of the purpose of the five-week camp is to help prevent “summer slide” in which children lose some of the skills and knowledge they learned the previous school year over summer break.

Low-income students are especially susceptible, Rodin said. The longer the slide, the further behind children can get, she said.

“It’s really important for low-income kids to have enrichment,” she said.

On one day of the camp, students experienced a visit from the Pacific Science Center, which not only hosted two interactive shows — one about the five senses for the younger students and one about liquid nitrogen for the older ones — but also brought hands-on exhibits to the campus, some of which introduced children to physics and engineering principles.

The summer academy serves students in preschool through eighth grade. The STEM-related (science, technology, engineering, math) activities get progressively more intricate the older the students get.

Enrollment in the summer academy has grown over the past four years, Ringland said.

“We now serve more summer students than the school district does,” Rodin said.

Having the camp on the college campus is not only convenient since the Mount Vernon and Burlington-Edison school districts are partners, but it also helps the students — and their families — gain exposure to possibilities for life after high school, Ringland said.

“It’s so fun for them to be on the college campus,” she said.

“Not only does the academy help serve our partners, it brings youths of all ages and backgrounds onto the college campus that might not otherwise do so,” he said. “Our hope is we are planting seeds in their minds that college is for them, that they belong — that Skagit Valley College is ‘their college,’ and that they will go to college some day.”