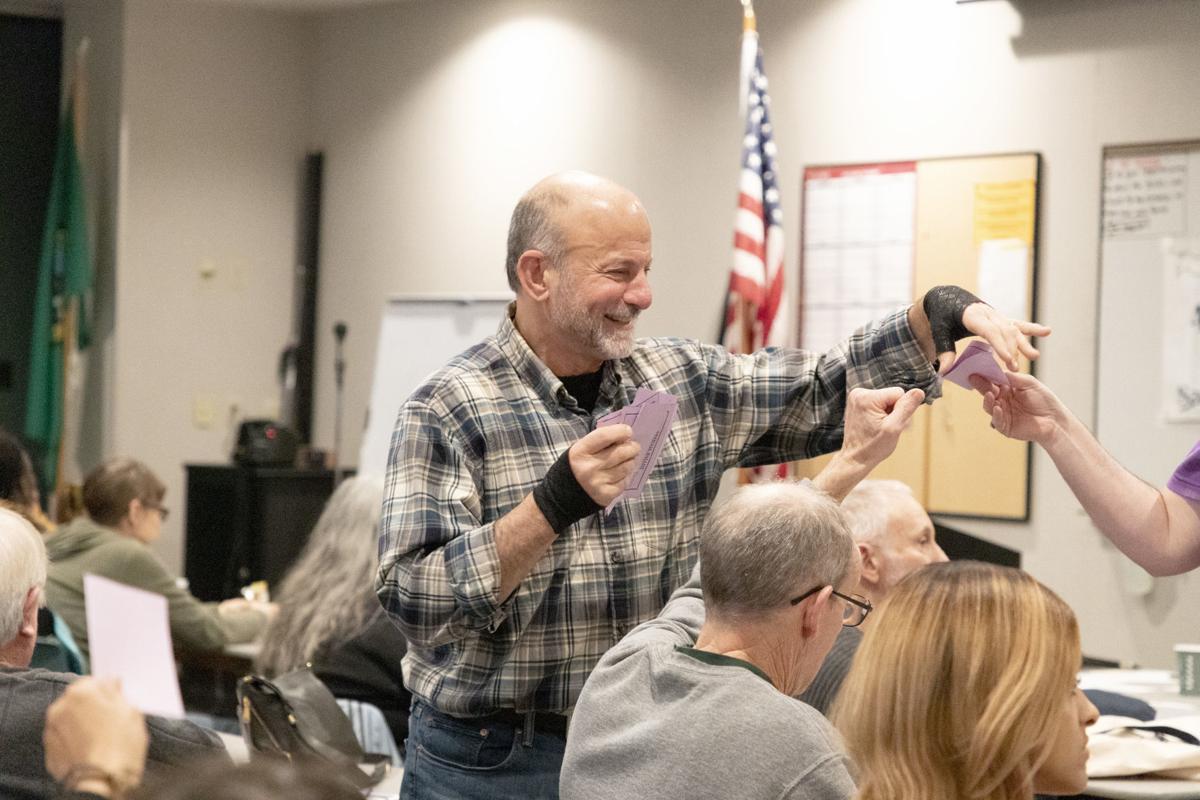 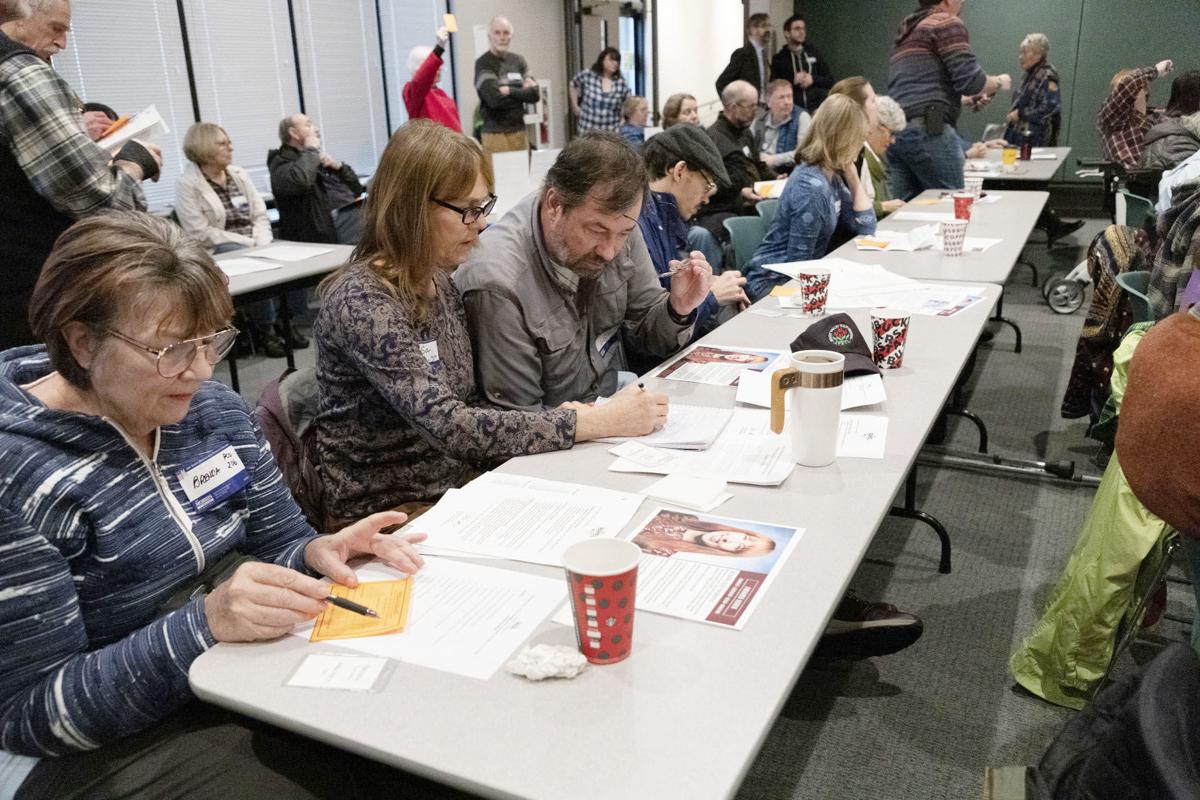 Democratic precinct committee officers from the 40th Legislative District cast their ballots at a Saturday meeting in Mount Vernon to select finalists to fill a vacant state House of Representatives seat. 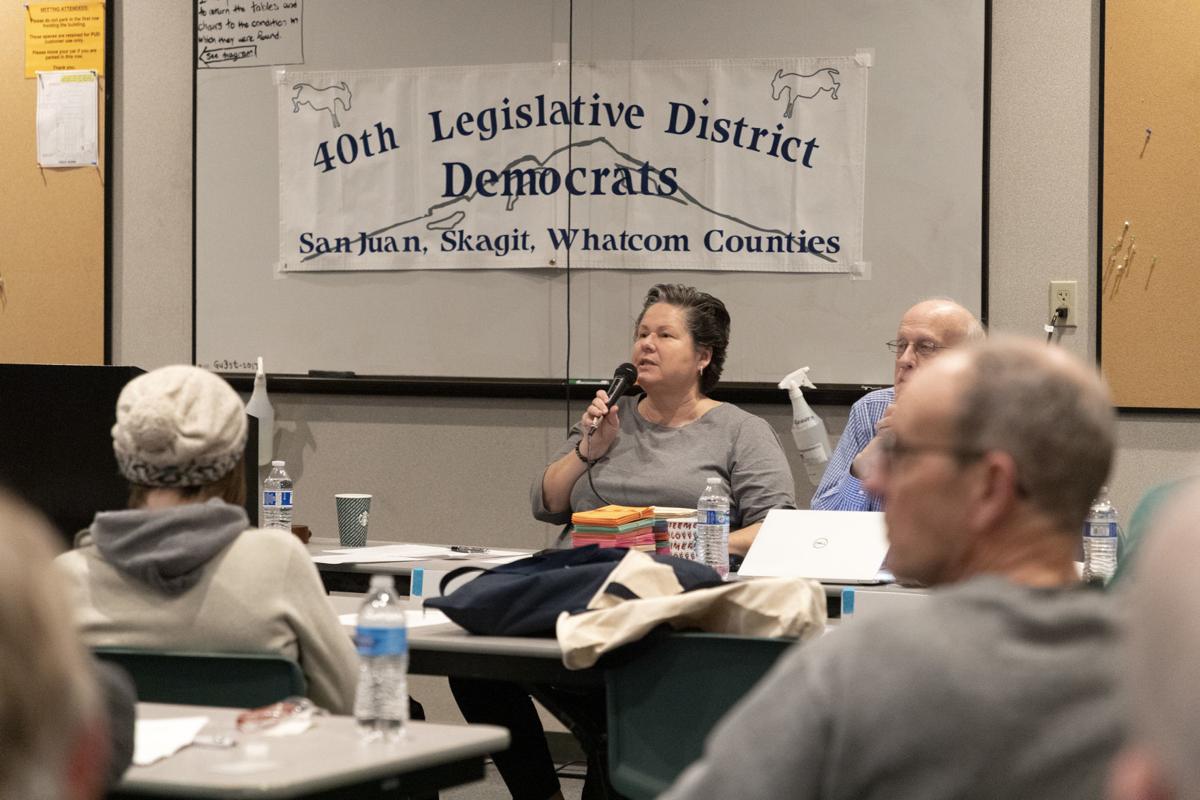 Democratic precinct committee officers from the 40th Legislative District cast their ballots at a Saturday meeting in Mount Vernon to select finalists to fill a vacant state House of Representatives seat.

Jeff Morris, D-Mount Vernon, will step down Jan. 6 from the seat he has held for 23 years.

Officers nominated seven candidates to fill the seat, and voted on three finalists after candidates each gave a five-minute pitch Saturday.

Ramel, who ran for a state House seat in 2018, was the precinct committee officers’ top pick. He said he has the experience to address both the “affordable housing crisis” and “climate crisis” and the ability to build bridges between groups.

“We see jobs and environment pitted against each other and they’re not,” Ramel said. “We need leaders to find commonalities and bring people together.”

Lilliquist, who is serving his third term on the Bellingham City Council, said he would focus on inequalities in housing, and lowering greenhouse gas emissions, such as through more electric car charging stations.

“I know the realities of a working government,” he said. “I know we must be idealists fighting for fair and equitable outcomes for everyone, and be realistic and responsible.”

Morales recently earned his bachelor’s degree from Western Washington University and a master’s degree from Heidelberg University in Germany. He said he was inspired to move back to the U.S. after seeing a Holocaust memorial abroad.

“It’s my responsibility to come back and be a voice for those that don’t have a voice,” he said.

He said he would prioritize education and affordable health care and housing.

The four candidates who were not selected as finalists were Rud Browne, Andrea Doll, Amanda Hubik and Ashanti Monts-Treviska.