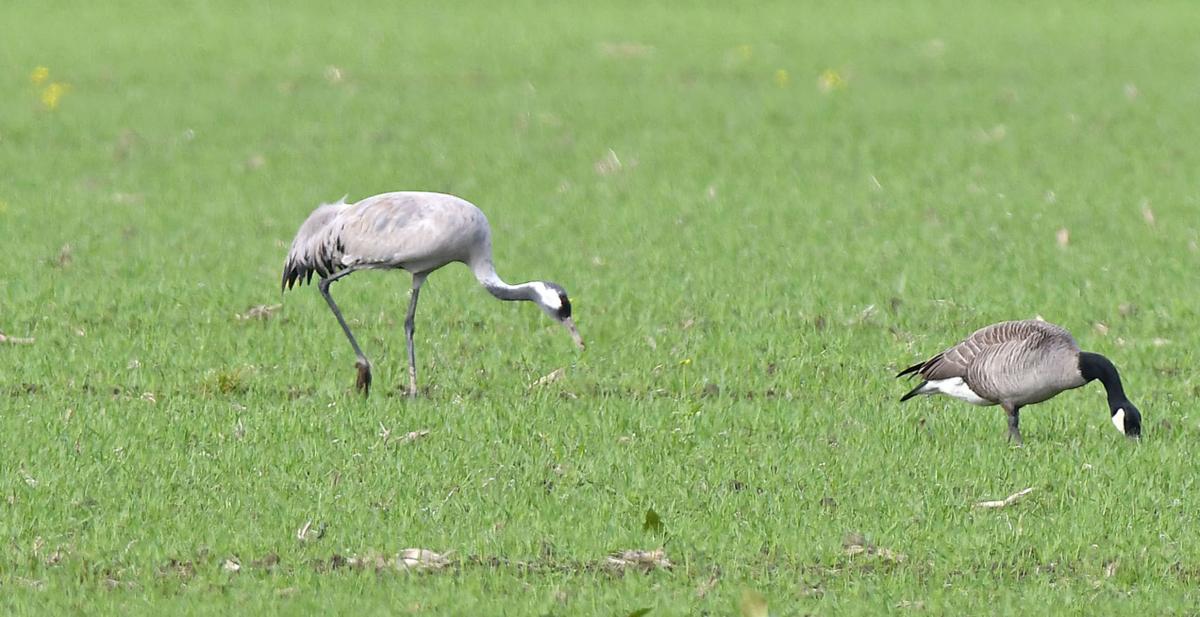 A common crane (left) feeds Tuesday morning with a Canada goose in a field off Worline Road in Bow. The crane drew a flock of interested birdwatchers out to view this rare visitor to North America. Also known as the Eurasian crane, the bird’s range is Europe and Asia. 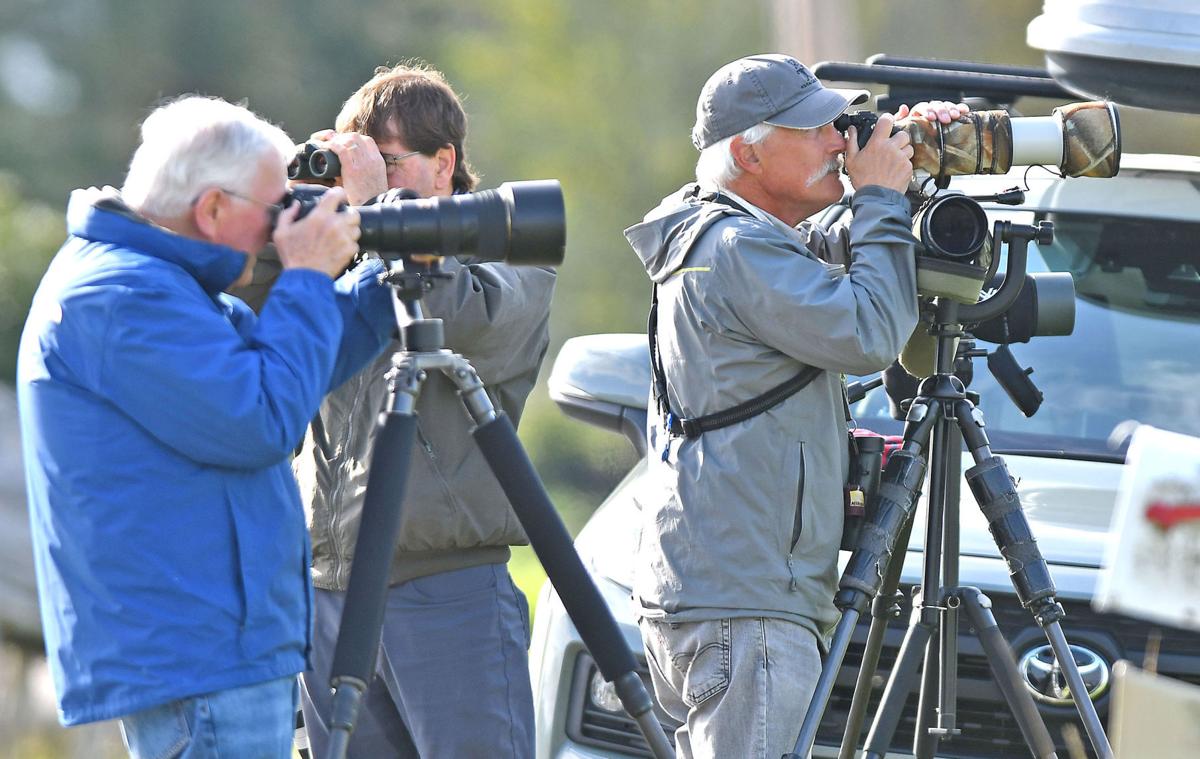 Birdwatchers gather Tuesday morning along Worline Road to sneak a peek at a common crane. 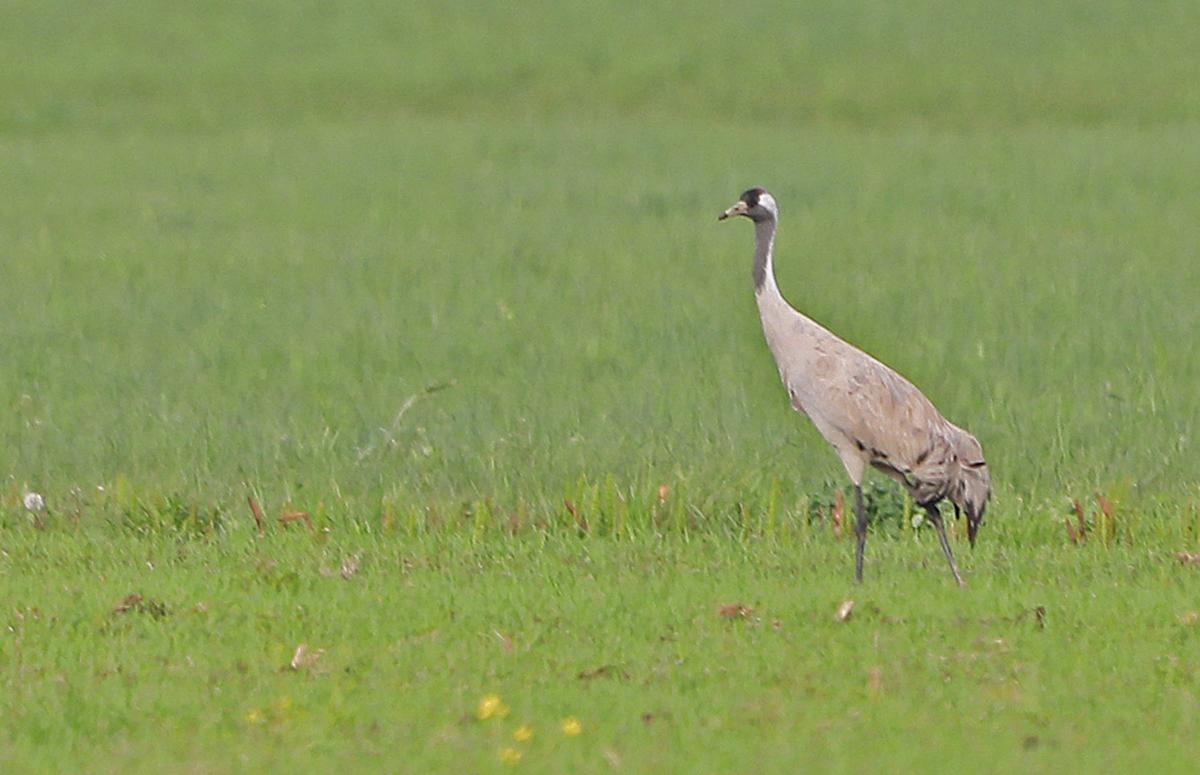 A common crane has been spotted in Skagit County.

A common crane (left) feeds Tuesday morning with a Canada goose in a field off Worline Road in Bow. The crane drew a flock of interested birdwatchers out to view this rare visitor to North America. Also known as the Eurasian crane, the bird’s range is Europe and Asia.

Birdwatchers gather Tuesday morning along Worline Road to sneak a peek at a common crane.

A common crane has been spotted in Skagit County.

BOW — Birds of a feather don’t always flock together.

A common crane, a rarity in the Pacific Northwest, has spent the past week in a field in Bow.

It has been the center of attention as birders from throughout the area have flocked to the field with cameras, binoculars and spotting scopes to get a good look.

The website eBird, which includes bird observations, has been all atwitter as birders have been posting about the crane.

According the National Audubon Society, about one common crane is seen each year in North America.

The National Audubon Society’s “Guide to North American Birds” states: “This crane is relatively common in parts of Eurasia, but strictly an accidental visitor to North America.”

Skagit Audubon Society members Ron Holmes of Burlington, Tim Manns of Mount Vernon and Neil O’Hara of Anacortes said it’s an exciting opportunity for the local birding community to see such a bird. Holmes is the only one of the three thus far to have seen the crane in person.

“This common crane is usually seen all over Europe, from Norway, Finland south to Spain and into the Middle Eastern countries and as far as India,” said Holmes.

“There have been other sightings of this species (common crane) in the U.S., but not many,” Mann said.

Holmes and his son Jed, the curator of the Facebook page Birds of Winter: A Skagit Valley Experience, grabbed their gear and headed to the field to get a glimpse of the bird. Ron Holmes snapped photos while his son took video that has been posted to the Facebook page.

“I got to see it,” Holmes said. “I’ve been around for 30 years and have never seen one or heard of one. For one reason or another, this crane was up in the Arctic and for unknown reasons, decided to come down the West Pacific Flyway and ended up here in Washington.”

O’Hara had words of caution for the swarms of birders wanting to see the crane for themselves in an area not at all conducive to legions of parked cars and masses of gawking onlookers.

“They have to be respectful,” O’Hara said. “I mean, people have been going there in hoards. I have actually been scared to go because the number of people who have been reporting it on eBird as a rare sighting, it’s been like 80 to 100 a day. And that is only the people reporting on eBird. If it is being reported as a rare sighting, then people are coming from long distances to see it.

“I can only imagine what the residents in that area are saying. People have to be respectful. There is an etiquette to birding.”