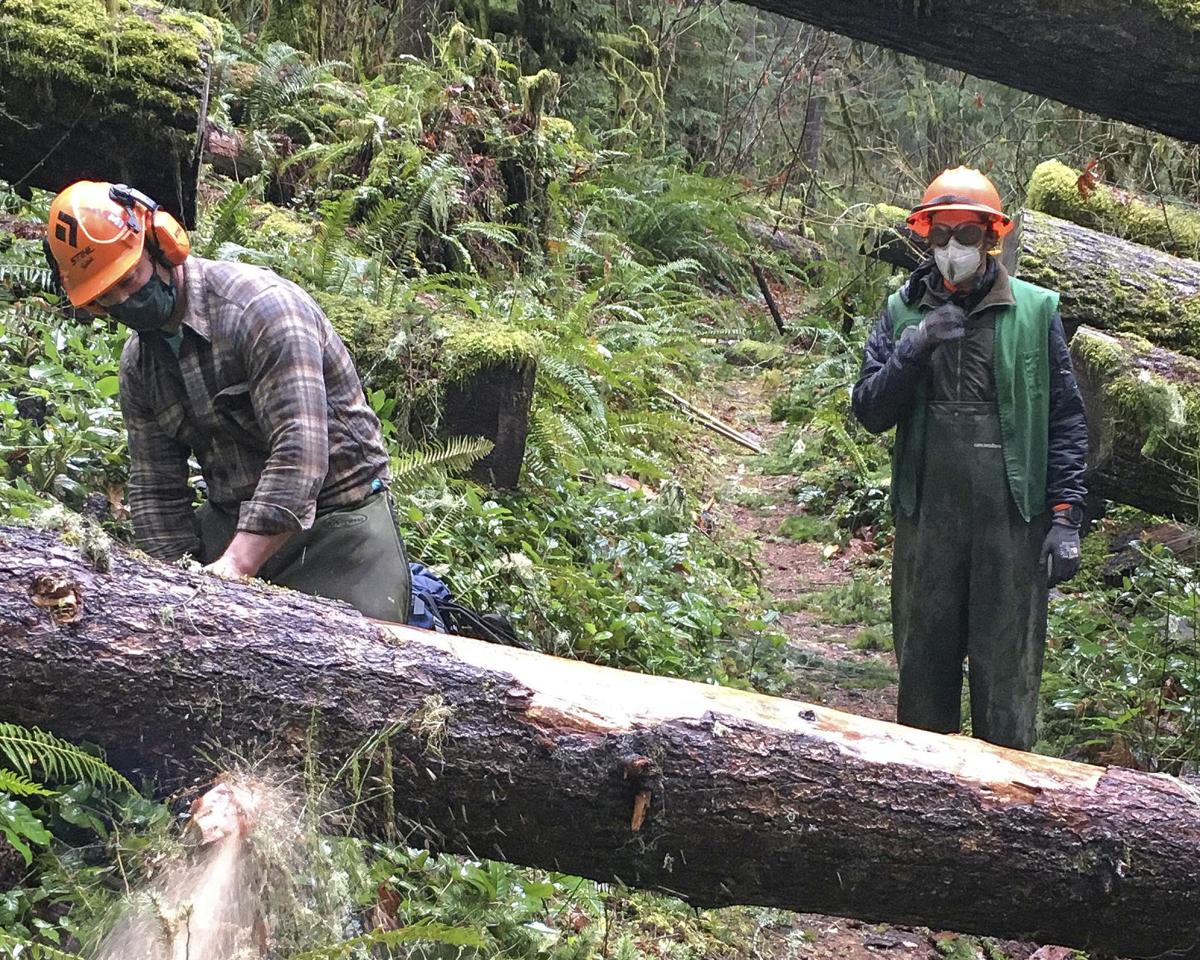 A volunteer cuts a fallen tree Friday at Rockport State Park. The tree came down in a January windstorm. 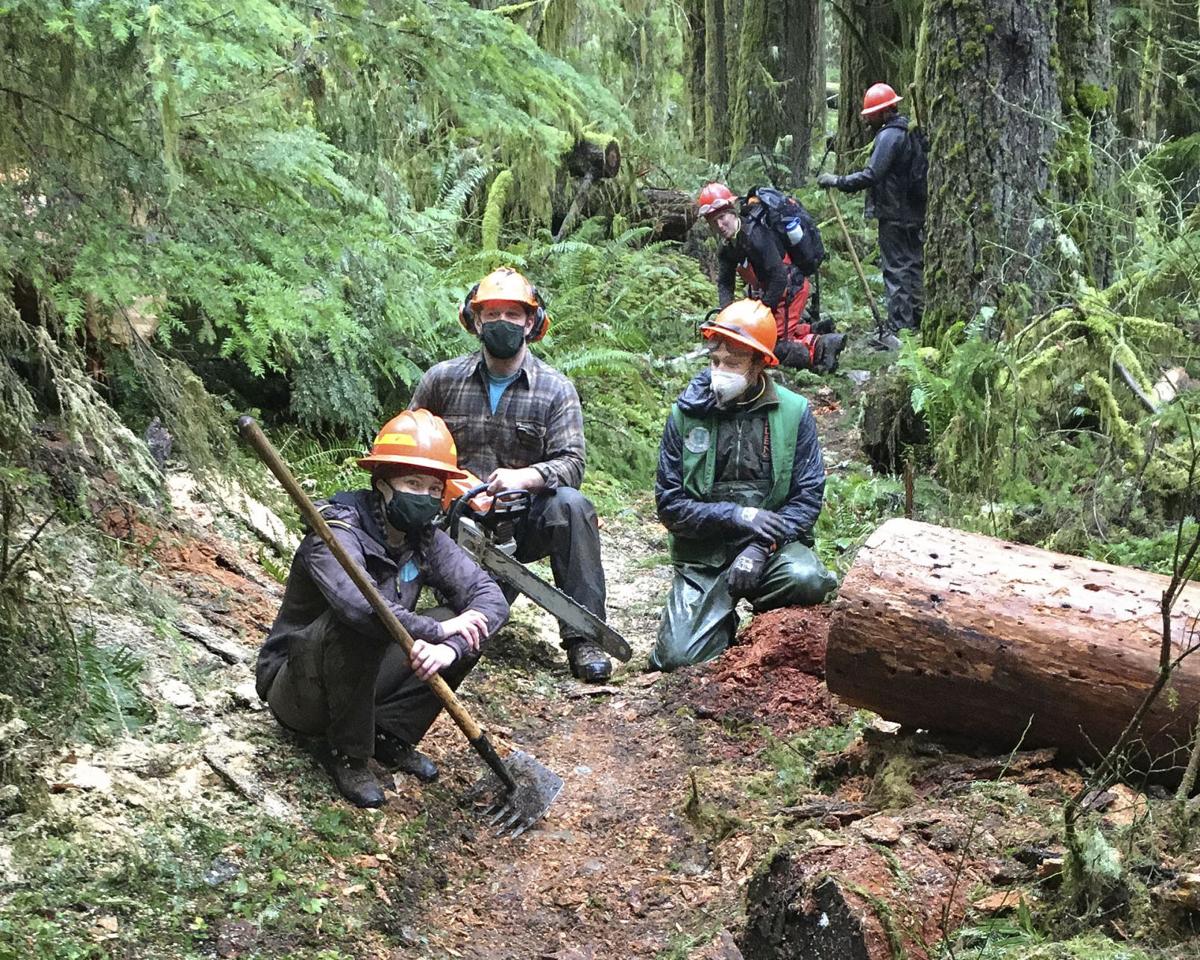 Volunteers pose for a picture Friday at Rockport State Park.

A volunteer cuts a fallen tree Friday at Rockport State Park. The tree came down in a January windstorm.

Volunteers pose for a picture Friday at Rockport State Park.

It’s an opportunity to get up close and personal with the park and its rare old-growth forest.

Smith now can offer another forest experience, thanks to a major windstorm last month.

“It’s a great opportunity to see what a windstorm does to a small patch of old-growth forest like we have here,” he said. “We have a lot of big trees on the ground.”

The park recently reopened after an emergency closure following the windstorm. During the closure, volunteer work crews busied themselves clearing the park’s fabled trails.

“We got smacked pretty hard,” Smith said. “But we had a really good group of about 18 volunteers that included local-yokels, friends of the park I would call them, as well as seasonal folks from the North Cascades National Park. They all really helped out and supported the park.”

Though the park is now open, cleanup will continue throughout the winter. Smith said decisions will continue to be made about which logs to leave so they can become nurse logs and which to remove.

“Our main priority was getting the trails open,” he said. “That was at the top of the list. This is a nice place to hike and people want to be able to come here and do that.”

No trail in the park went unscathed.

“And when the weather starts to warm, people like to come here and picnic in the day-use area,” Smith said. “That was under a lot of limbs and a lot of debris. There was a lot of work to do, and we should be able to get it done with one more work crew.”

All that debris has to go somewhere and Smith has the perfect spot.

“We use our dump truck and haul it to a hollow on site where it’s dumped and becomes topsoil,” he said. “Nothing goes to waste.”