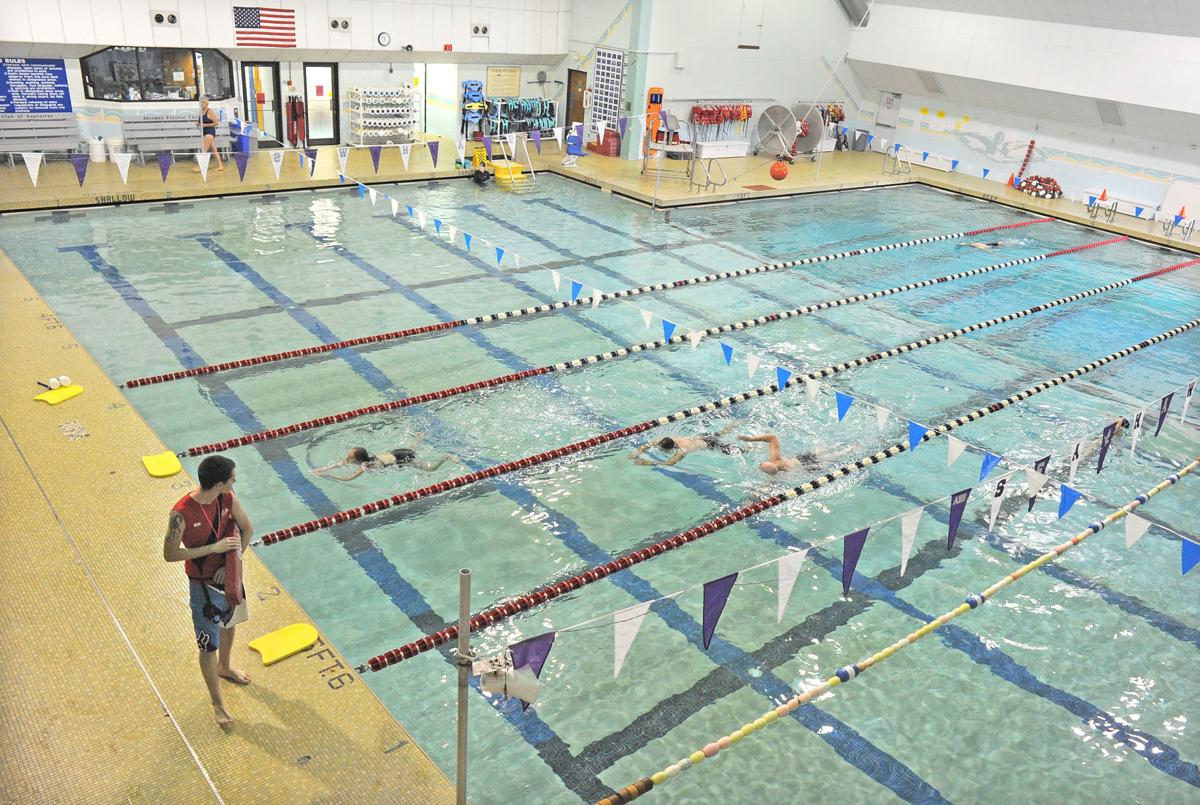 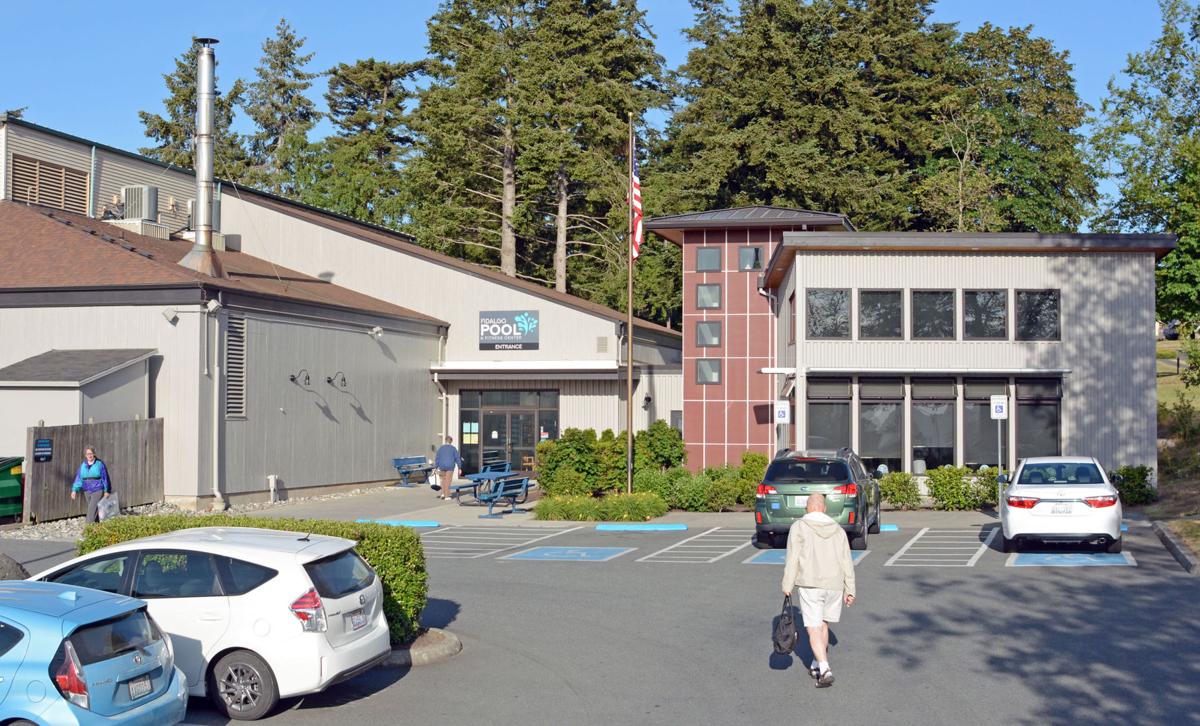 Changes may be in store for the Fidalgo Pool & Fitness Center in Anacortes.

Changes may be in store for the Fidalgo Pool & Fitness Center in Anacortes.

ANACORTES — The Fidalgo Pool & Fitness Center District commissioners will meet Thursday to take public comment and discuss possible changes to the facility, including the possibility of adding a second pool.

The need for changes at the pool have been adding up since the early 2000s, center Executive Director Mitch Everton said.

He said the facility, which was built in 1975, has its share of structural challenges — including lacking a sprinkler system, not being up to seismic code, lacking administrative space and not being compliant with the Americans with Disabilities Act.

The board of commissioners has presented three options for the project, which range from complete reconstruction of the current building and addition of a new pool to only renovating the current pool. Cost details are only available for the replacement option at this time.

Everton said a new facility would ideally include two pools: one for competition and one for recreation.

“The advantage is that in a warm water recreation pool you’re able to meet the needs of physical therapy and older folks taking aqua aerobics,” Everton said. “But if you’re a competitive swimmer doing a mile for exercise, you’ll overheat.”

He said he’s been told that those who want to do physical therapy in the current pool can’t because it’s too cold.

About a year ago, Everton said the commissioners started consulting with a Seattle architecture firm to determine what could fit on the land on which the current facility sits plus some adjacent land purchased several years ago.

One option is to add a second pool and replace the current pool.

This plan would include an eight-lane cool water competition pool, a warm-water recreation pool and reconstruction of the current building.

Details of this plan vary, and Everton said cost estimates are almost $25 million.

That amount would be paid for through a combination of private donations and a bond, Everton said. The ratio of the two will be discussed at a meeting at 5:30 p.m. at the Anacortes Public Library.

In order to support operations, Everton said the proposed $25 million facility would need the number of users to increase by 40 to 50 percent.

In case the increase doesn’t happen immediately, Everton said $2 million of the $25 million price tag could be used to offset revenue disparity while more users are found.

“The outlook here would be it is potentially going to take some time to build that increase, so the cash reserve builds a bridge,” he said.

Everton said he believes the user increase would come from all types of users.

As of now, he said the pool has to limit the number of those who take swim lessons due to lack of space, and lap swimmers often leave due to lane congestion.

He said the new facility would also allow the pool to host more events such as birthday parties, and a warm water recreation pool would allow physical therapy patients to use the facility. This option would bring in revenue but would also triple the facility’s $100,000 annual utility cost, Everton said.

Discussions on a new Fidalgo pool facility come as the Skagit Valley Family YMCA in Mount Vernon is building a new facility, which includes a six-lane competition pool. In nearby Oak Harbor, voters rejected a maintenance bond for their own public pool last year, resulting in the pool being closed. Residents there will have a chance to reopen it after the issue is put back on November’s ballot.

Meanwhile, the Burlington-Edison and Sedro-Woolley high school swim teams have been using the Fidalgo pool since 2012 due partly to lack of practice time and starting blocks at the old YMCA pool in Mount Vernon, Burlington-Edison Athletic Director Don Beazizo said.

Jerry Gardner, athletic director at Sedro-Woolley High School, said he will be working with Beazizo to evaluate if the two schools will continue to use the Fidalgo pool after the new YMCA pool is completed in December.

Everton said another option for Fidalgo is to renovate, rather than replace, the current pool and build an additional pool without reconstructing the current building. This plan would cost 50 to 60 percent of the first option, but leaves the facility with many of its current issues, he said.

Renovations would require the facility to be brought up to code, and Everton said costs may change depending on what is found when construction begins.

“One of the caveats is that when you start tearing down walls you start discovering other things that need to be fixed,” he said.

The least expensive option would be renovating the current pool, but the work would be limited by timing, Everton said.

“If we renovate, it would be what we can do in eight weeks,” he said about accommodating swim team seasons.

The cost for renovation is undetermined because it’s not clear how much work can be done in eight weeks, Everton said.

“You’re also left with the same issues we currently have,” he said. “We still have one pool that’s not ADA compliant.”

Any renovations to the current pool would need to include the replacement of a faulty pool lining that was installed incorrectly by a contractor in 2011. A $160,000 settlement was reached in a lawsuit regarding the lining.

At Thursday’s commission meeting, Everton said the board will be discussing a path forward.

“This is not going to be the end point on public discussion,” Everton said. “It will be ongoing, and we’ll probably be doing more informational sessions.”

Thomas Conroy, a member of the facility’s Citizen’s Advisory Committee and a former Fidalgo Pool & Fitness Center District commissioner, said the planning process during four public informational meetings has been somewhat unclear. He expressed concern that action might be taken Thursday night to move forward with the replacement plan before the public had ample time to weigh in.

“What is it we’re deciding? It wasn’t clear what these meetings were about,” he said. “I want them to find out what the public would like them to do rather than come up with a plan and try to sell us on it.”

An $8 million bond request for a pool renovation failed in 2007.

“I believe the pool is an important asset to the community,” Conroy said. “It’s worth us taking the time to figure out a way to move forward with this and improve the aquatic center without going through a series of failed (bonds).”

Bill Turner, who was on the pool district board in 2011, said he’d like to see pool leadership secure funding before deciding on a final design for the pool.

“I think it was money well spent to do a preliminary design and see what it’ll cost,” he said. “But now stop, spend some time finding the money, then proceed.”

Turner, who said he used the pool to recover from back surgery, would like to see more concrete details.

“I’d like to see options, not just something said in a public meeting,” Turner said. “I’d like to see cost analysis — what a $25 million bond would create for taxes and for the city. That’s gonna take time.”

Annette Hanson, a 30-year Anacortes resident whose nine kids learned to swim at the Fidalgo pool, said she thinks Everton has done his due diligence trying to reach out to the community for input and would like to see plans for a new facility move forward.

“I feel like the building is worn out,” she said. “I think they’ve really tried to extend the life of it, but it has just reached the point where it makes more sense to build a new one.”

Commissioner Jeremy McNett said the next step will be generating price tags for the other two options so a cost-benefit analysis can be done.

The project is still in its feasibility stage, he said.

“If we can’t get the private investments and grants we need, then the project just won’t move forward,” he said.