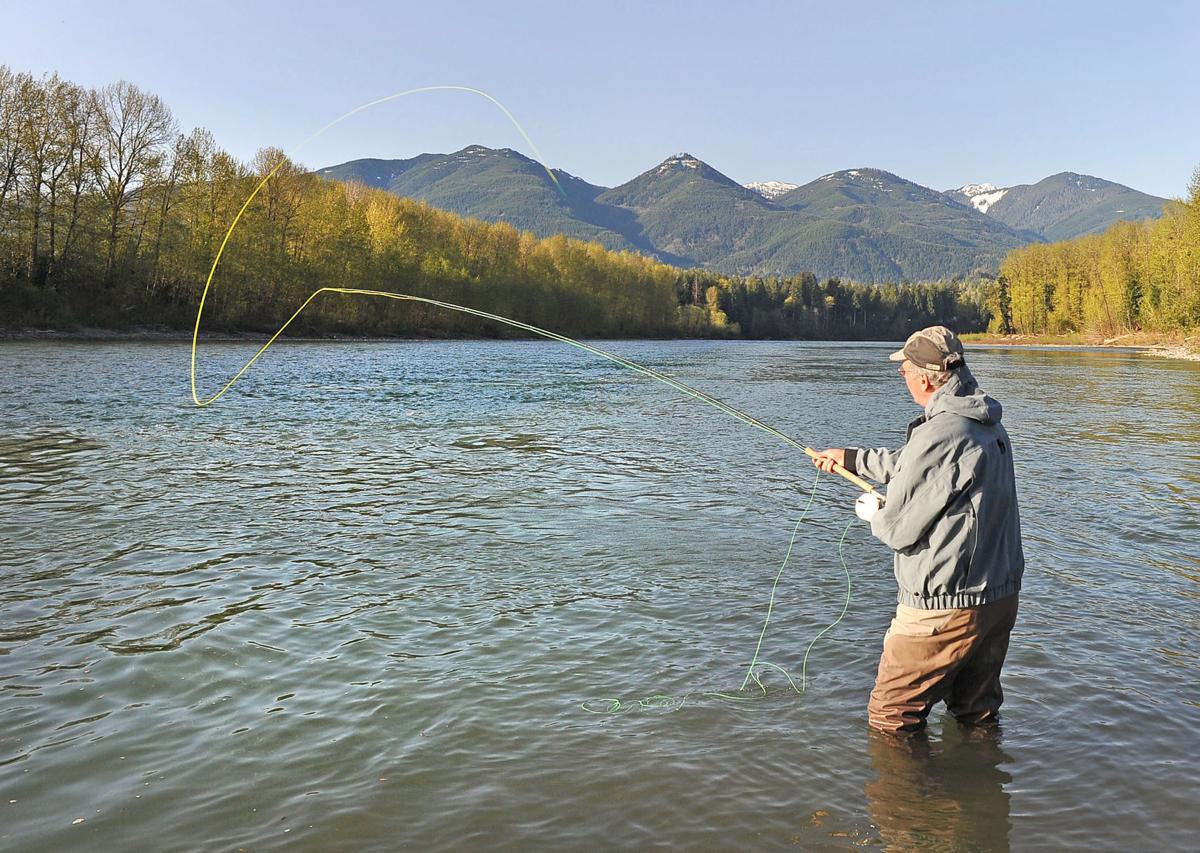 Steve Fransen displays his casting technique Wednesday morning near the Skagit River boat ramp in Concrete. Franzen was hoping to catch a native steelhead during a brief catch-and-release season that ends Sunday. 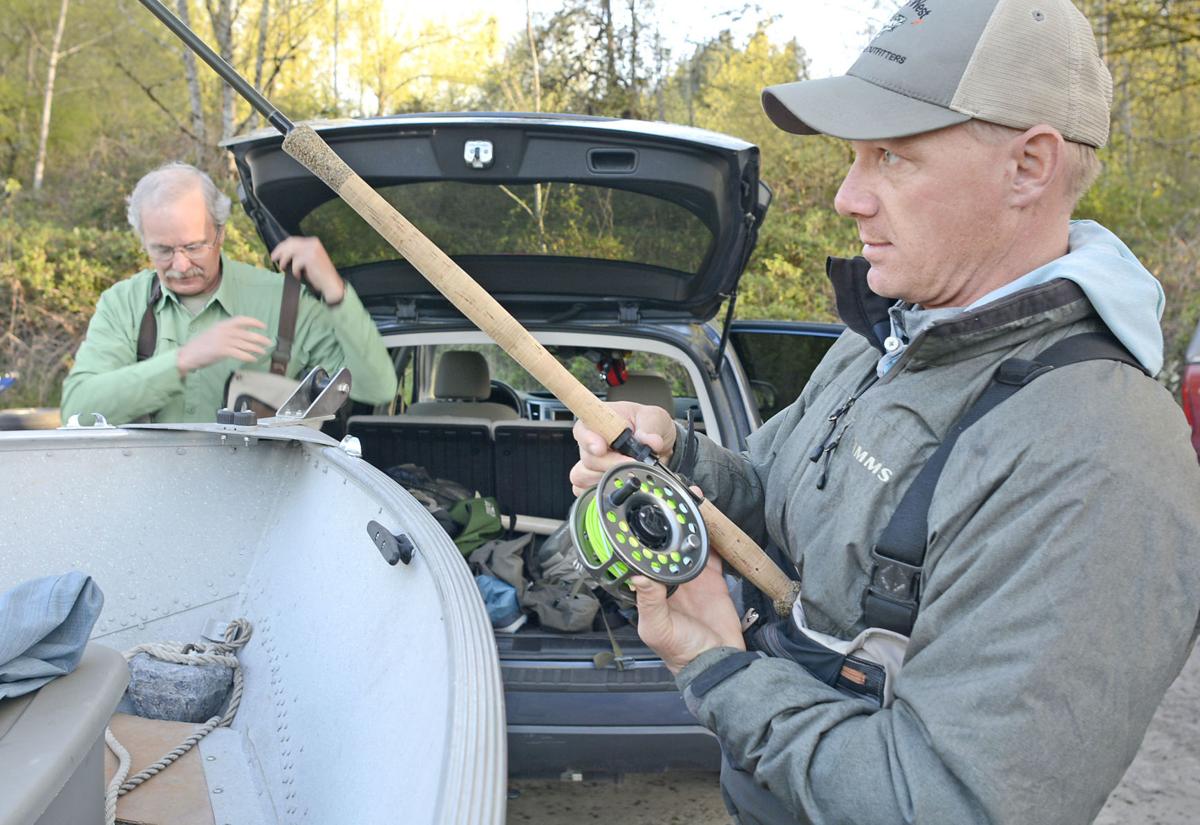 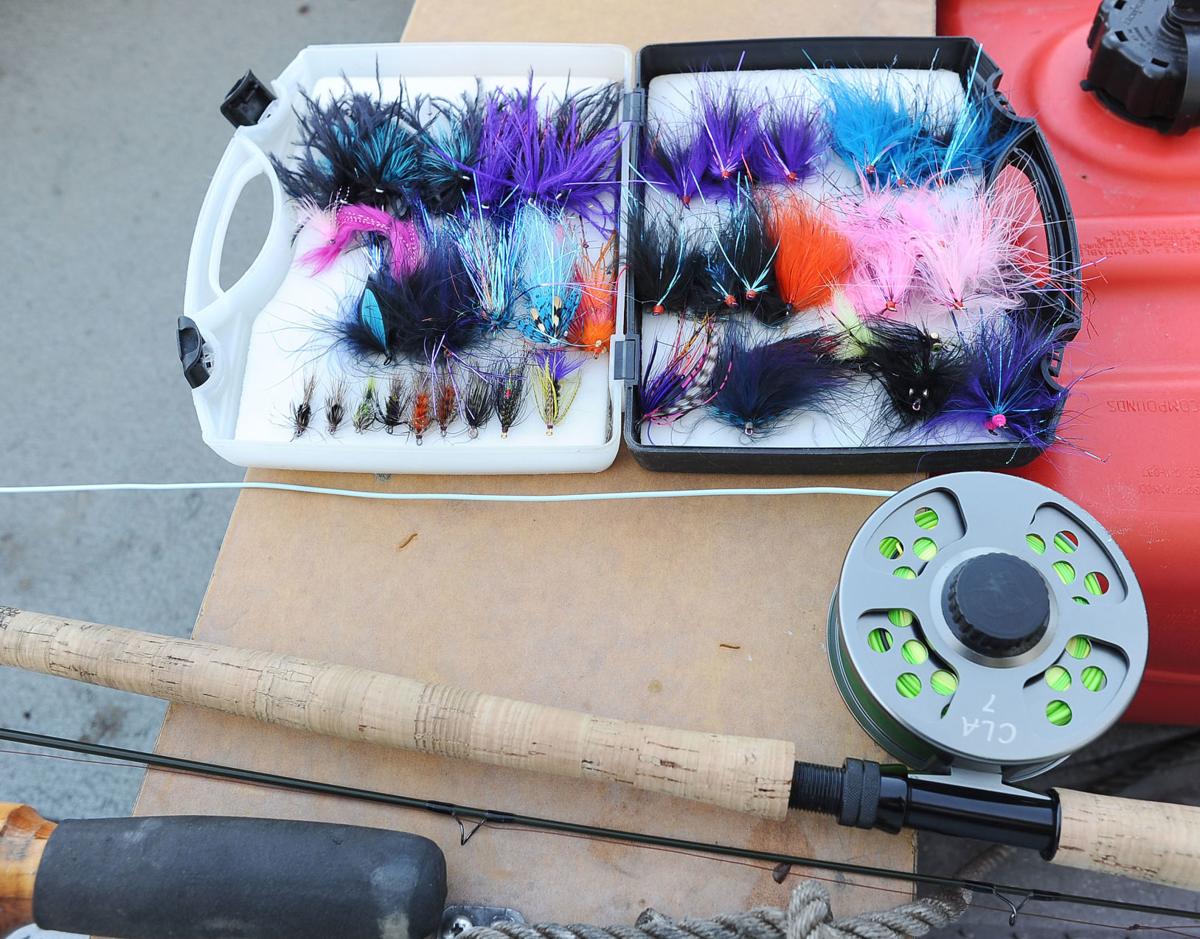 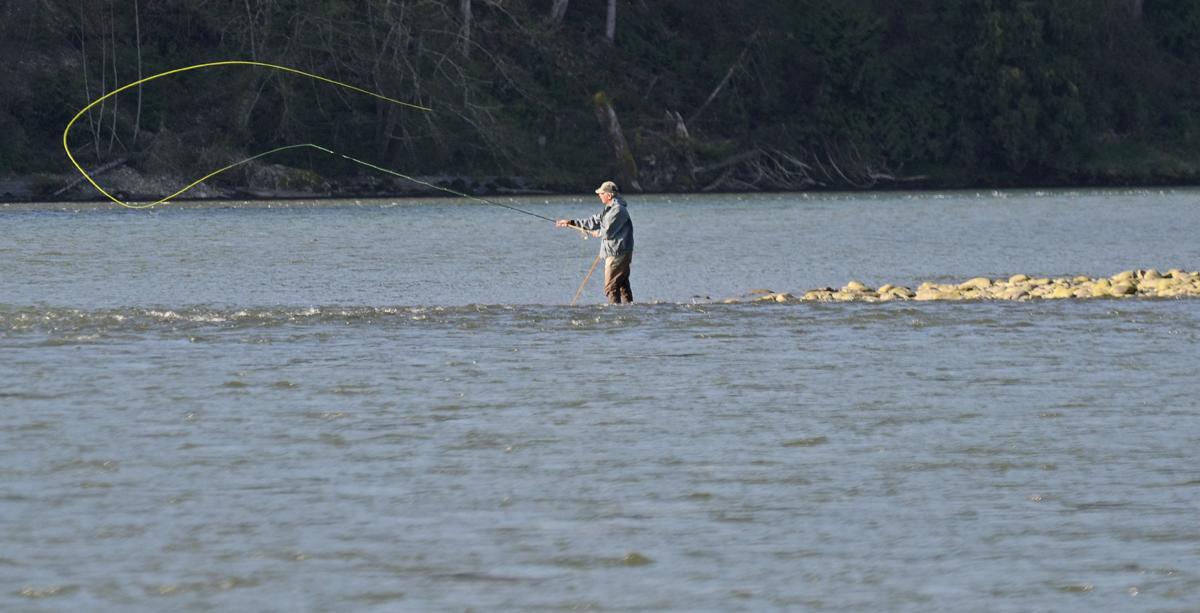 Steve Fransen displays his casting technique Wednesday morning near the Skagit River boat ramp in Concrete. Franzen was hoping to catch a native steelhead during a brief catch-and-release season that ends Sunday.

CONCRETE — Dozens of anglers outfitted in waders are soaking up the sun this week along the Skagit and Sauk rivers while fishing for Skagit River steelhead.

The excitement of the steelhead catch-and-release fishery here — the first since 2009 — brought locals and visitors to the banks of the rivers.

“Steelhead are about as common as unicorns,” fisherman Steve Fransen joked while casting from the Skagit River bank in Concrete.

He and friend Rob Koehn had plans to spend most of this week fly fishing for steelhead, taking advantage of the last days of a 12-day season that opened as a trial this year.

“I flew in from Montana yesterday to try to get a little piece of it,” said Koehn, who goes by “Swimmy” among his fishing buddies.

The season opened April 14-15, reopened April 18-22 and will close Sunday following the final five days of fishing from April 25-29.

Fisherman Wayne Cline said he didn’t think the season would open this year and hasn’t been able to spend as much time on the river as he would like.

“I was there opening day,” he said, explaining that he had fished with Fransen. “We didn’t catch any steelhead, but other people were catching fish.”

Although Cline said he would have preferred catching a steelhead or two himself, just seeing the anglers on the river was a welcome sight.

“Everybody seemed pretty happy to be there ... It was great to see it happening again,” he said.

Cline and Fransen are part of the group Occupy Skagit that formed to protest the closure of the fishery in 2010. Over the years, the group has urged fisheries managers to reopen catch-and-release fishing.

“I have been looking forward to this for years,” Fransen said. “I’m very grateful that the state and tribal co-managers were able to come up with a plan and make it happen.”

So are other fishermen, including Koehn.

“I love the opportunity of catching a native steelhead on a river that hadn’t been open for eight years. It’s kind of a celebration of Occupy Skagit ... Celebrating the success and rewards of their efforts,” he said.

Fransen, who first fished for Skagit River steelhead in 1972, said the allure of finding the fish in the river, attracting them to a fly and reeling them in continues to draw many to the river for catch-and-release fishing.

“Simply, there aren’t enough fish out here for everybody to catch one and take it home,” Fransen said. “But catch-and-release connects us to that primal hunter-and-gatherer past.”

Puget Sound steelhead, including those found in the Skagit River, were listed as threatened under the federal Endangered Species Act in 2007.

According to Fish & Wildlife, the number of fish returning to area rivers to spawn remains well below historical numbers, but it’s strong enough in the Skagit River to allow some fishing.

Fransen said for many steelhead fishermen it has become more important to preserve the resource for future generations than to keep the fish they catch.

“There’s so few fish that the idea of coming out here and bonking a steelhead never even crossed my mind,” he said before wading out to cast his line.

Edward Eleazer of the state Department of Fish & Wildlife said during the first seven days of the season, 303 anglers reported catching 114 steelhead from the Skagit and Sauk rivers.

Fransen said during that time he hooked four fish and landed two.

Koehn said he hopes that by the end of the week he can also say he caught some steelhead, but it’s always a gamble.

As he and Fransen stood on the bank of the Skagit River on Wednesday preparing to start a day of fishing, they heard the splash of a fish.

“That may be the most excitement we have all day,” Koehn said.