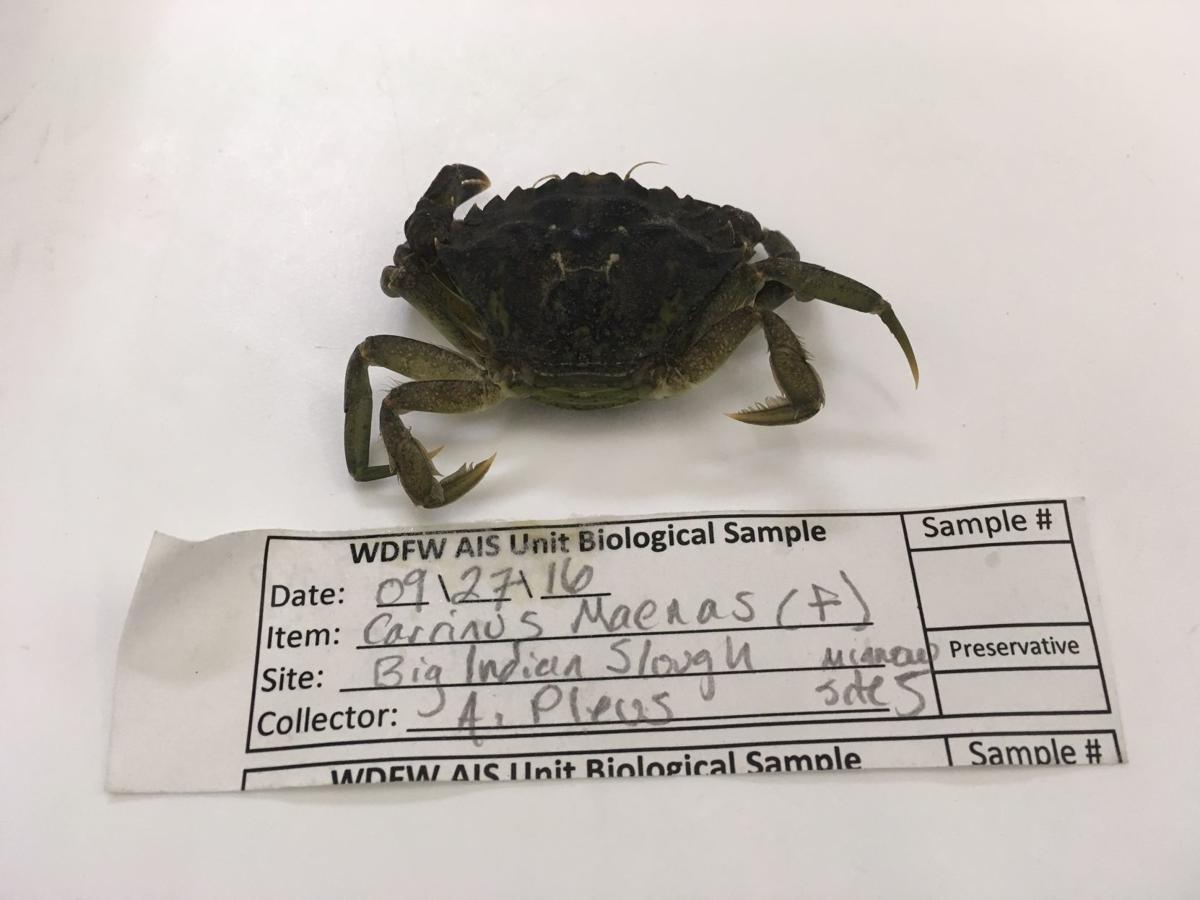 Green crabs, such as this one found in Padilla Bay in September 2016, are increasingly being found in the greater Puget Sound region. 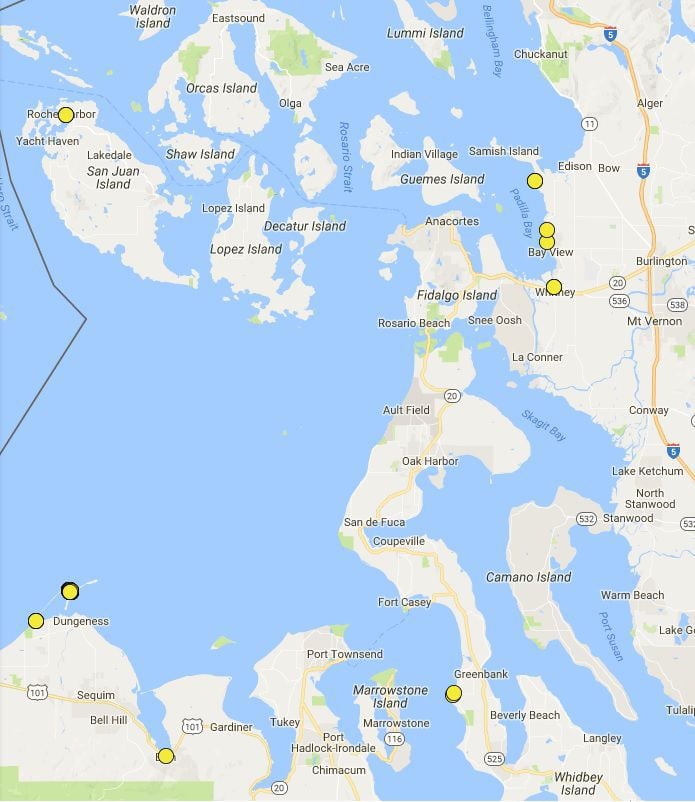 Green crabs, such as this one found in Padilla Bay in September 2016, are increasingly being found in the greater Puget Sound region.

This summer, volunteers found about 100 invasive European green crabs along the north side of the Olympic Peninsula, in Puget Sound and around the San Juan Islands.

During the search along the state’s shorelines, two of those crabs were found in Padilla Bay.

The volunteer trapping effort was led by the Crab Team, a group organized by Washington Sea Grant. Of the two crabs found in Padilla Bay, one was alive and the other was found in pieces after being eaten, possibly by a river otter or racoon.

The Crab Team is a growing network of volunteers helping Washington Sea Grant and the state Department of Fish & Wildlife monitor for green crabs.

This summer it included about 200 volunteers who monitored 52 sites along the state’s shorelines, according to the Washington Sea Grant website.

They found 96 of the crabs on Dungeness Spit north of Sequim. They caught another two at Lagoon Point on southeast Whidbey Island.

That location is the farthest into Puget Sound that green crabs have been captured, Crab Team Program Coordinator Emily Grason said.

Before the summer of 2016, the species was found only on parts of the state’s outer coast.

Green crabs, which are not always green in color, are native to Europe. They are accomplished invaders able to live in a variety of habitats and are now found throughout the world. Those fighting the invasive species hope predators such as otters, herons, gulls and other marine creatures will help limit the population in Padilla Bay.

Grason said Padilla Bay remains the only site in Skagit County where green crabs have been found.