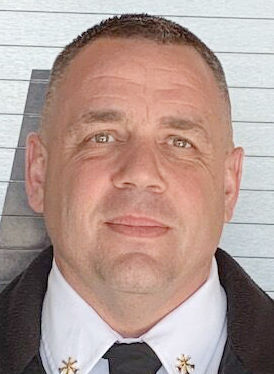 ANACORTES — The Anacortes City Council on Monday unanimously confirmed the appointment of Bill Harris as the city’s new fire chief.

His first day on the job was Tuesday. He succeeds interim Fire Chief Mike Ganz, who had filled in since January.

Harris was one of nine applicants for the position. He was previously battalion chief at Sunnyside Fire Department in Yakima County.

“I really appreciate the opportunity and you putting your faith in me,” Harris told the council Monday. “I’m looking forward to a great career in Anacortes and doing some great things here at the fire department.”

Among the issues Harris will deal with during his tenure are construction of a station on March Point, acquisition of a new ladder truck and an additional ambulance, and increasing staffing to improve rescue capabilities on initial response.

Assistant Chief Jack Kennedy said the department has applied for a FEMA grant called SAFER — Staffing For Adequate Fire And Emergency Response — to pay for additional firefighters through 2024.

Harris, 45, has a bachelor’s degree in fire administration from Eastern Oregon University. He started his firefighter career in Dallas, Oregon, a city of 15,000 located west of Salem. He joined the Sunnyside department in 1999.