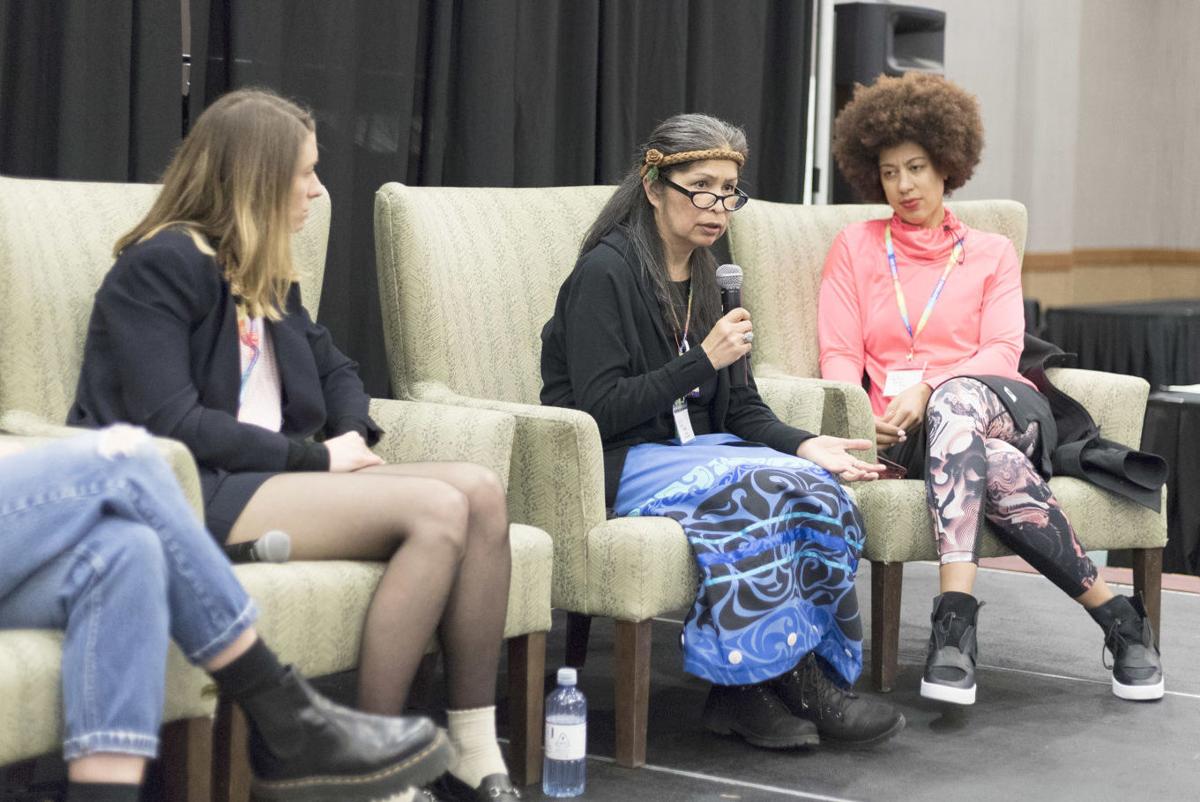 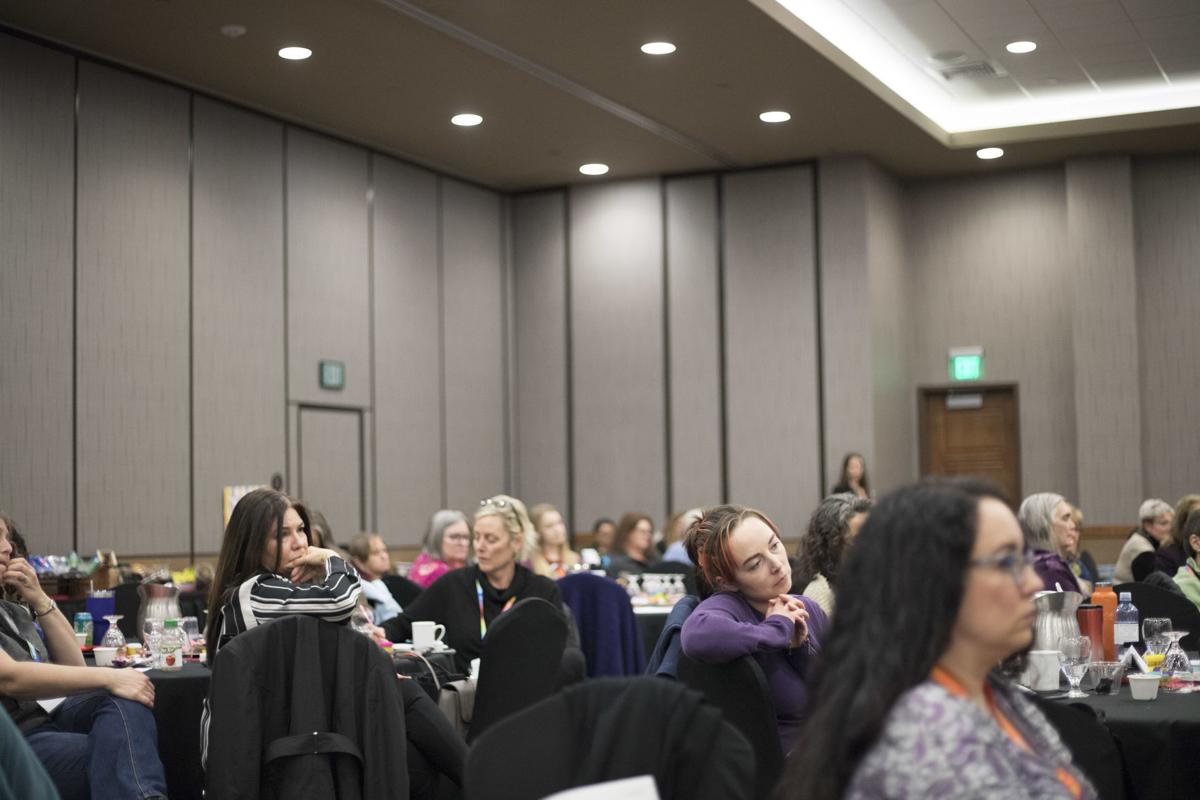 Participants listen to a presentation Friday afternoon at the second annual WE Ignite conference at the Swinomish Casino & Lodge.

Participants listen to a presentation Friday afternoon at the second annual WE Ignite conference at the Swinomish Casino & Lodge.

ANACORTES — The second annual WE Ignite Conference held Thursday and Friday focused on connecting women and inspiring them to take meaningful action in their lives.

The conference, which was held at the Swinomish Casino & Lodge and drew 200 people, featured presentations and sessions on health, business and civics. There were 43 speakers.

WE Ignite founder Erin Long said she created the event after seeing that women could inspire other women through sharing their stories and experiences.

A Friday afternoon panel highlighted the 100th anniversary of women’s suffrage, and panelists spoke about the importance of voting and challenges faced by women, particularly women of color, in running for elected office.

Panelists Cassidy Brooks and Stacey Reynolds, both with the Bellingham female film collective Talking to Crows, recently completed their film “Just Like the Men,” an adaption of a 1914 screenplay by Ella Higginson. The screenplay, which was recently rediscovered by a Western Washington University professor, follows the first woman elected to legislative office in Washington.

The filmmakers said they wanted to celebrate Higginson’s little-known legacy, and the anniversary of women’s suffrage — although they acknowledged the film portrays the stories of white women of the suffrage movement.

“We mean to use this film to talk about blind spots in history,” Reynolds said.

Panelist Erin Jones, an educator and candidate in 2016 for state Superintendent of Public Instruction, was the first black woman to run for any state office in Washington.

“That’s a problem for us,” Jones said. “Let’s not pat ourselves on the back.”

Jones said the racism and sexism she faced during her campaign — such as receiving constant comments about her hair — are part of the reason she decided to never run for public office again.

She said organizations and businesses need to not only support women and women of color in leadership positions, they also need to ensure their voices are heard.

“I imagine a world where women not only have the right to vote, but (where) we value women’s voices,” Jones said.

Michele “Shelly” Vendiola, who is Filipina and Swinomish, shared the struggle faced by Native Americans in the state in exercising their right to vote.

She said a piece of state legislation signed into law last year that makes it easier for Native Americans to vote was an important step.

She said she hopes the conference will inspire more understanding and empathy between people.

“We can’t afford not to get along, and (we need) allies who don’t look like us to help,” Vendiola said.

Long said she already has a 10-year plan for the future of the conference, and has started booking speakers for next year.

“I hope (participants) are inspired to take action in their lives, whatever that looks like,” she said.