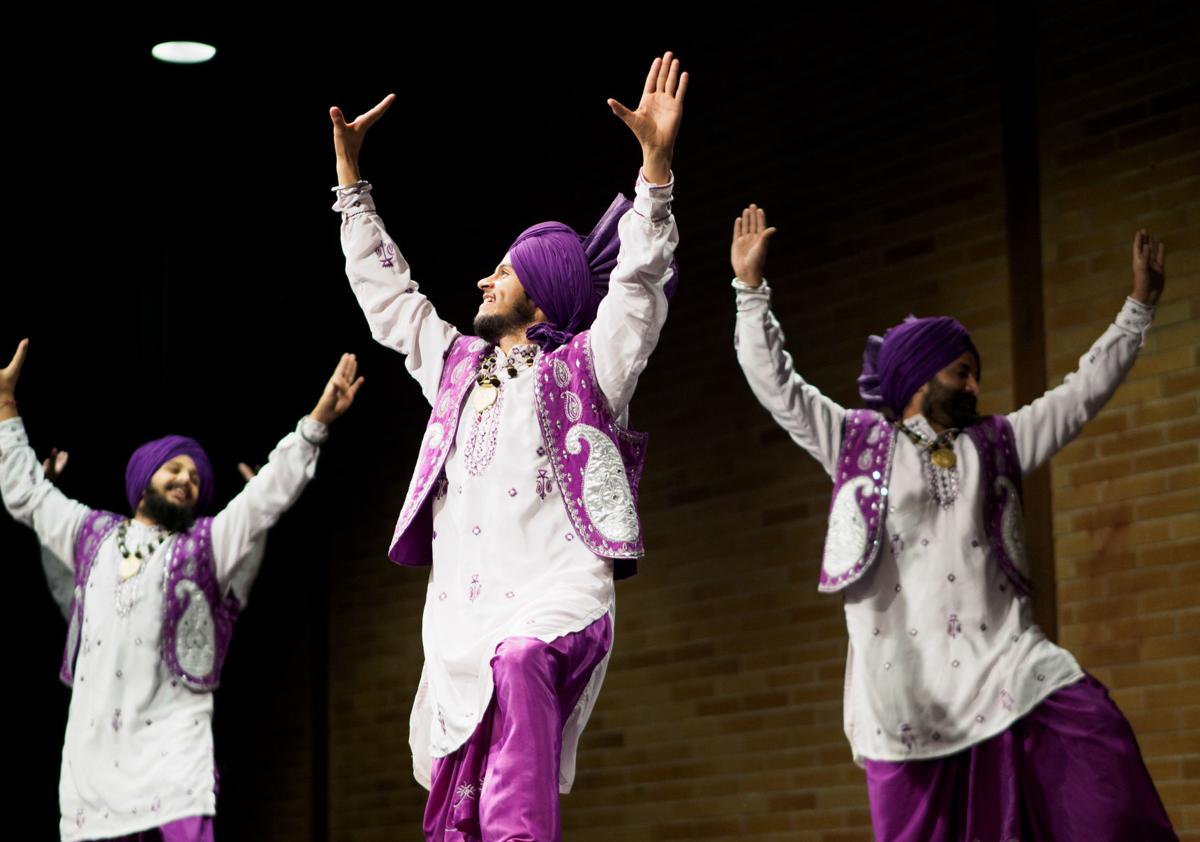 Members of the RPD Bhangra Dance Company from Surrey, B.C., perform Oct. 12 during the bhangra event at Skagit Valley College in Mount Vernon. 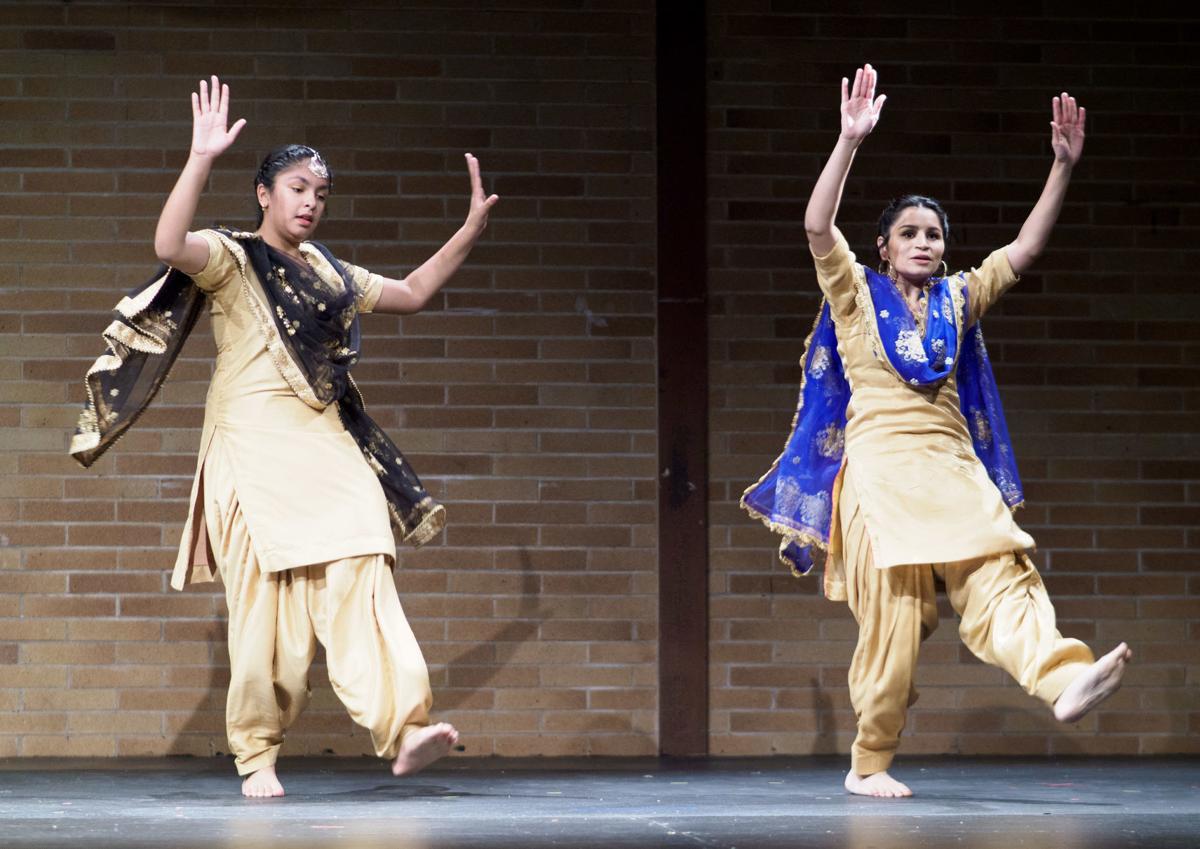 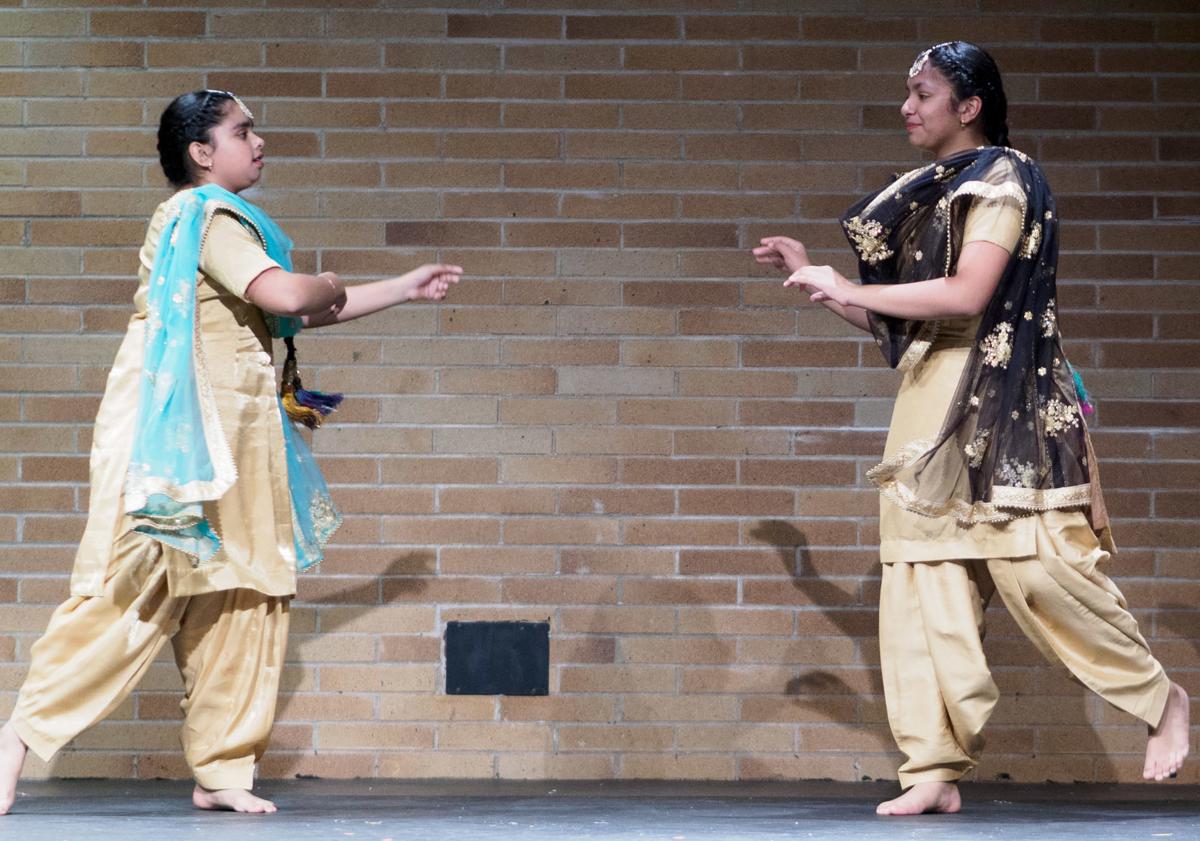 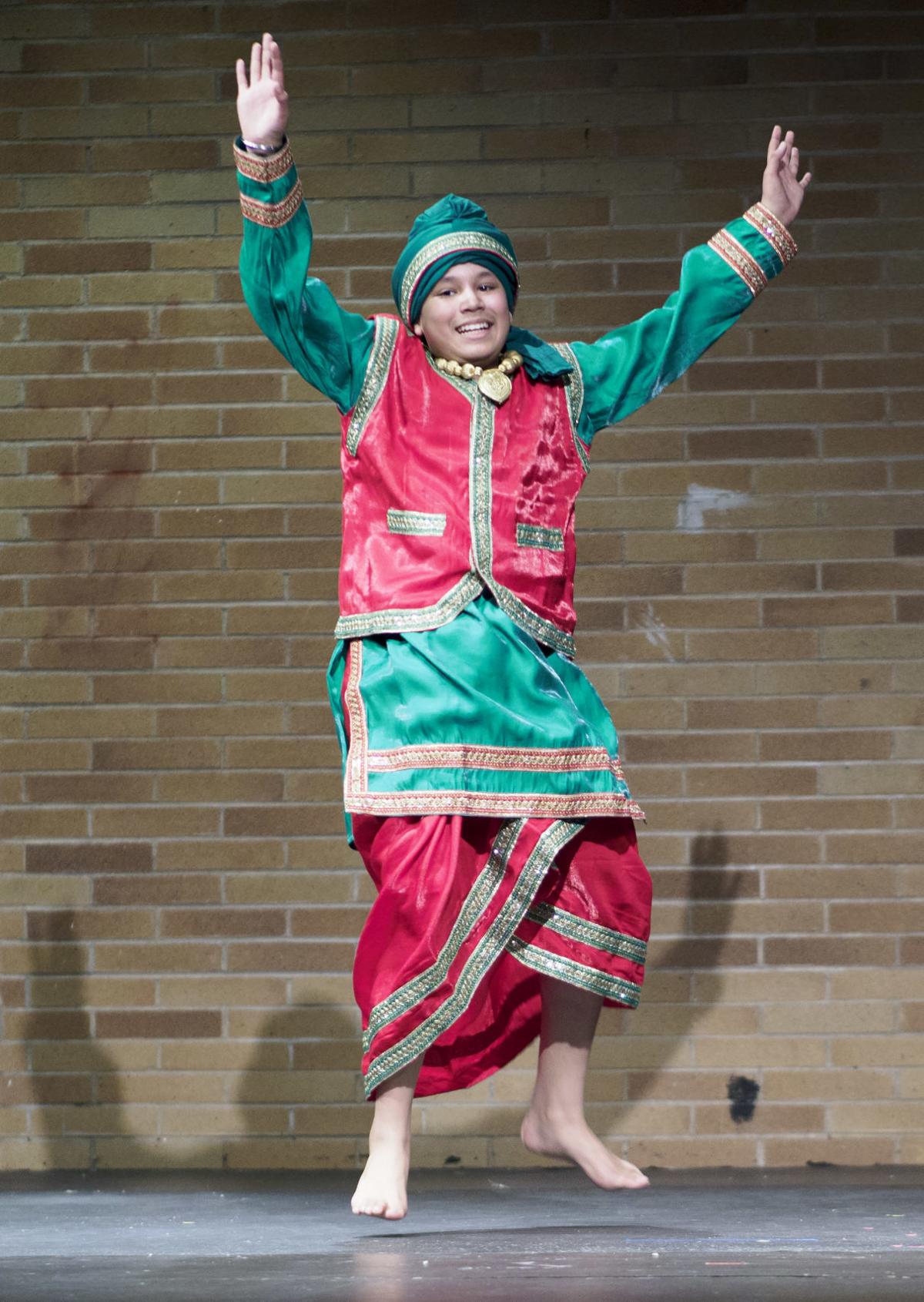 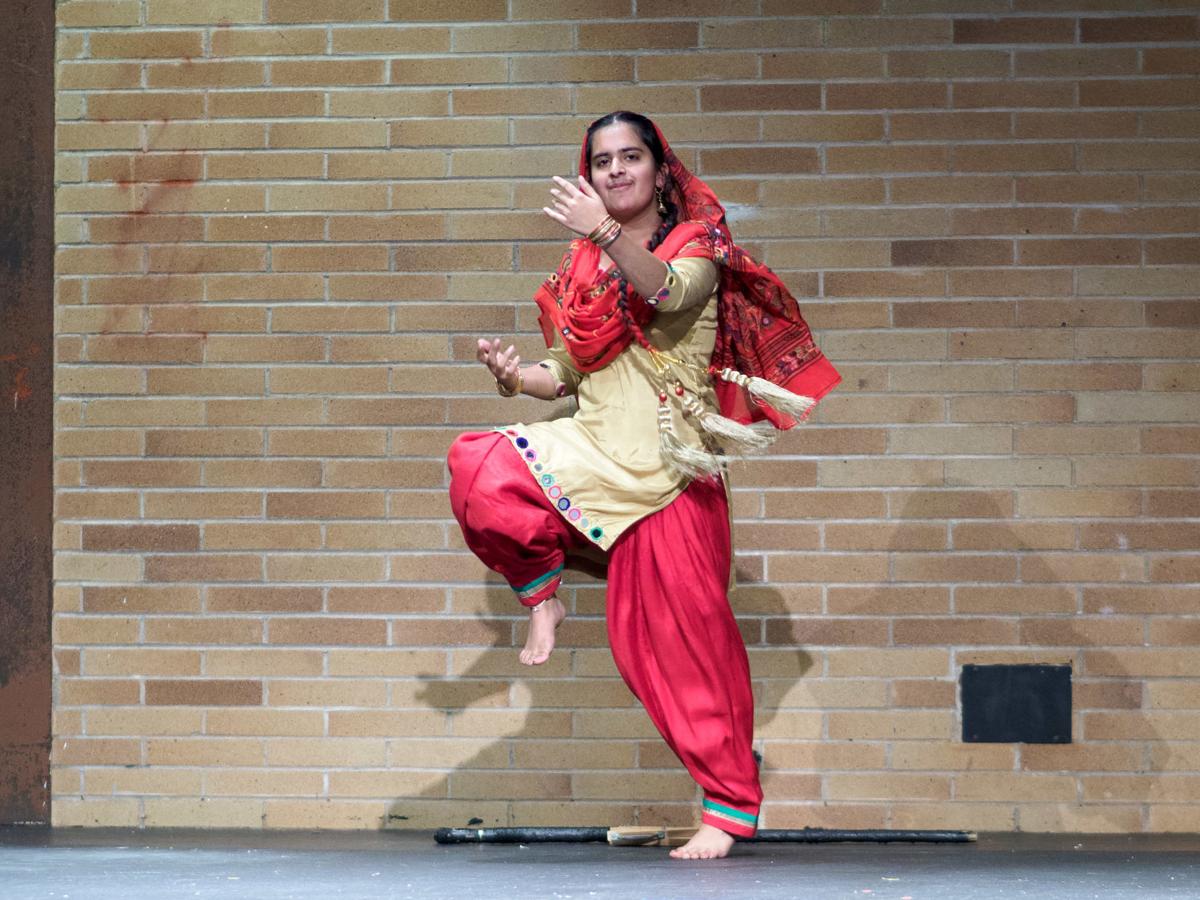 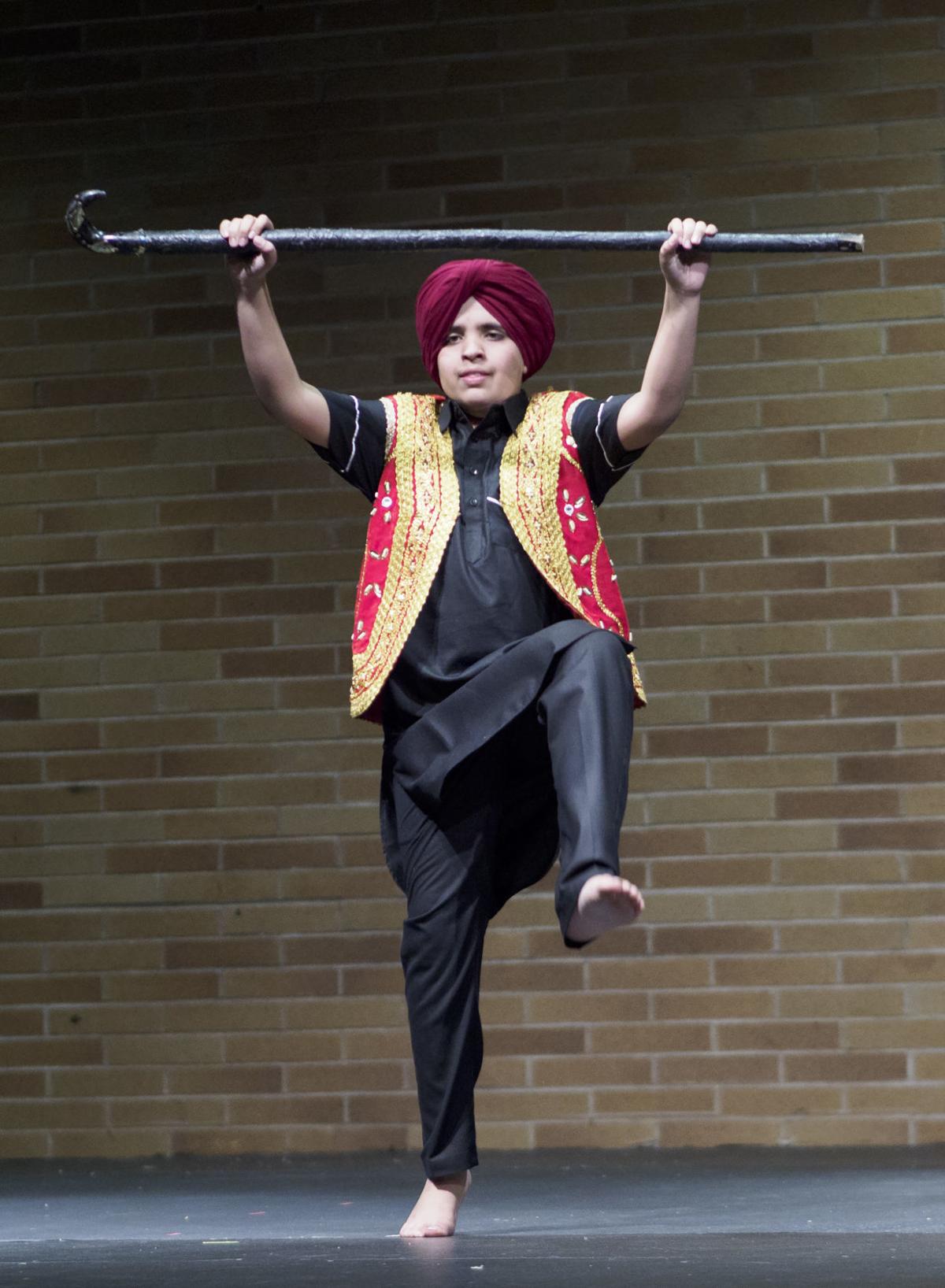 Members of the RPD Bhangra Dance Company from Surrey, B.C., perform Oct. 12 during the bhangra event at Skagit Valley College in Mount Vernon.

There, she saw 70 South Asian community members under the same roof.

“It was the first time I understood there was a (South Asian) population that was more than just me in the valley,” Loonat said. “That was a very moving experience. As I looked around, I realized that many people were not able to speak English fluently, sometimes not at all.”

She began to brainstorm an event that would bring together the South Asian community, and introduce them to educational opportunities at Skagit Valley College.

On Oct. 12, the college hosted the second annual bhangra dance performance, a colorful and energetic traditional dance from India. Loonat estimates about 330 attended.

Bhangra comes from the Punjab region, said Jaswant Kaur, who assisted with the event. Kaur is a member of the Punjabi community in Skagit County.

Such dance was once used as a form communication.

“Back then, (dance) was the only way to get people the knowledge,” Kaur said. “The reason they did dance was to keep people entertained.”

The performers hailed from Whatcom and Snohomish counties, and Canada, and included dancers as young as 5.

Kaur said six Skagit County dancers, who call themselves Skagit Bhangra Vibes, had practiced all year for the event, though were unable to perform due to a death in the family.

“Young kids noticed and said, ‘How can we do that locally?’” Kaur said. “When my kids grow up, my daughter will do the performance, keeping our culture (alive) through the next generation.”

Kaur said she estimates there are about 200 Punjabi families in Skagit County and surrounding areas. Many run businesses in the community and some are farmers, she said.

Kaur, who immigrated to the U.S. when she was 14, said educational and language barriers can make people nervous or afraid to even walk into a college building.

“(The bhangra dance) is an opportunity for them to come to the college and meet teachers, professors and college students,” she said. “That way they can see how nice they are and have more confidence speaking to them.”

In the past two years, Loonat started the South Asian Student Club and a new scholarship, called the Guru Nanak Scholarship, at the college.

“People had difficulty identifying themselves as South Asians,” Loonat said. “I recognized that it’s a cultural loss. What we know is that when students are bicultural or tricultural, they can navigate more than one culture, they are far more creative, adaptable in their work environments, and are far more attractive as employees.”

“Being in a classroom with a bunch of white people, you feel you are standing out,” he said. “Being in a room with people who are all the same just feels comforting and nice.”

Loonat said after last year’s bhangra event, she noticed an uptick in enrollment of South Asian students in courses such as basic high school education, English as a second language, and computer skills.

She said she often get calls from community members asking to translate documents such as letters and bills.

“The more we can bring the community to the college, the more people will be empowered to do this work for themselves,” Loonat said.