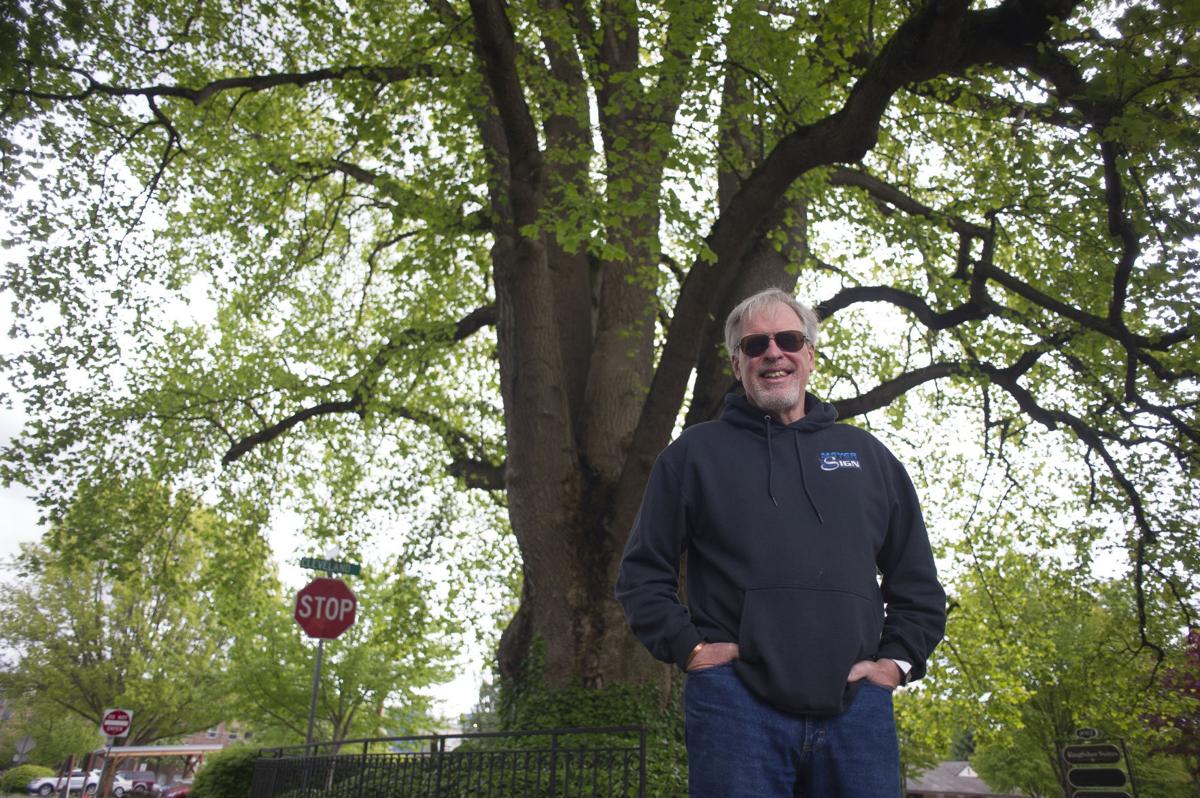 Michael Boss poses Friday with the official tree of Mount Vernon, a large tulip poplar near the Mount Vernon City Library. Boss is campaigning to get the tree named after former Wells Nursery owner Neil Hall. 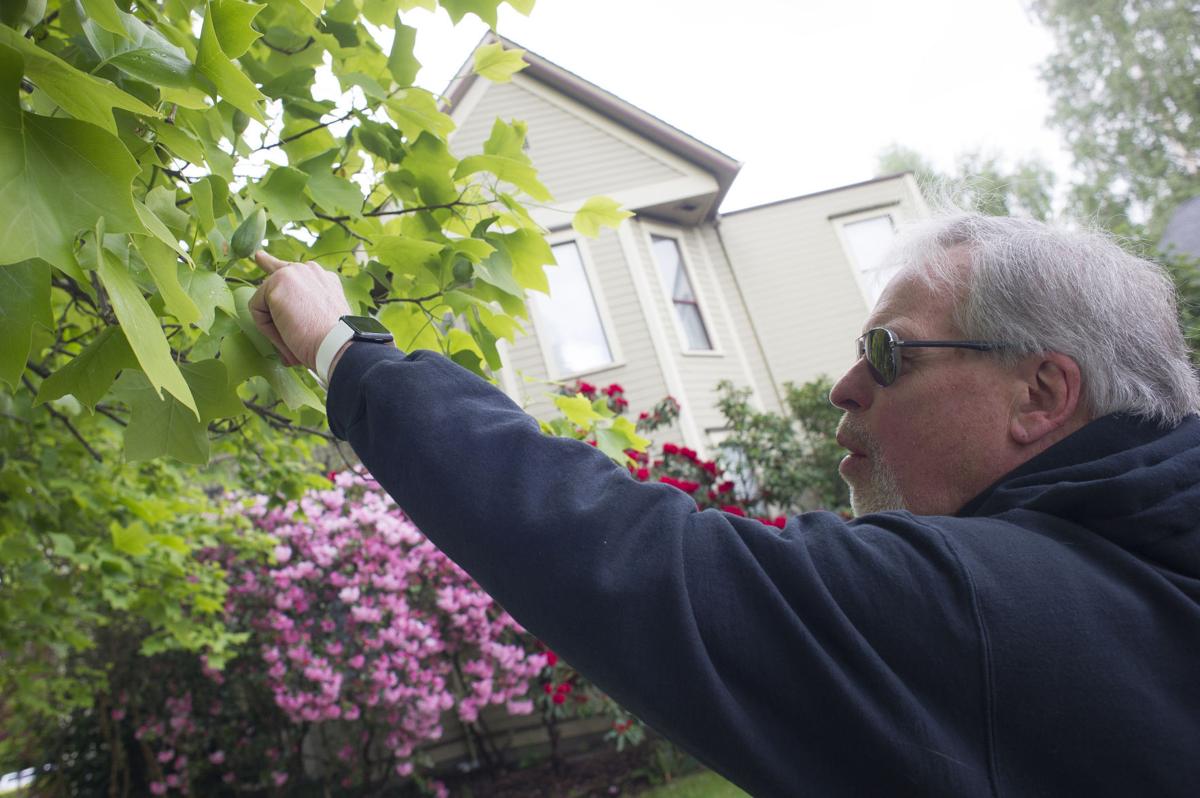 Michael Boss points to buds on a large tulip poplar near the Mount Vernon City Library that Boss hopes to have named after the former owner of Wells Nursery. 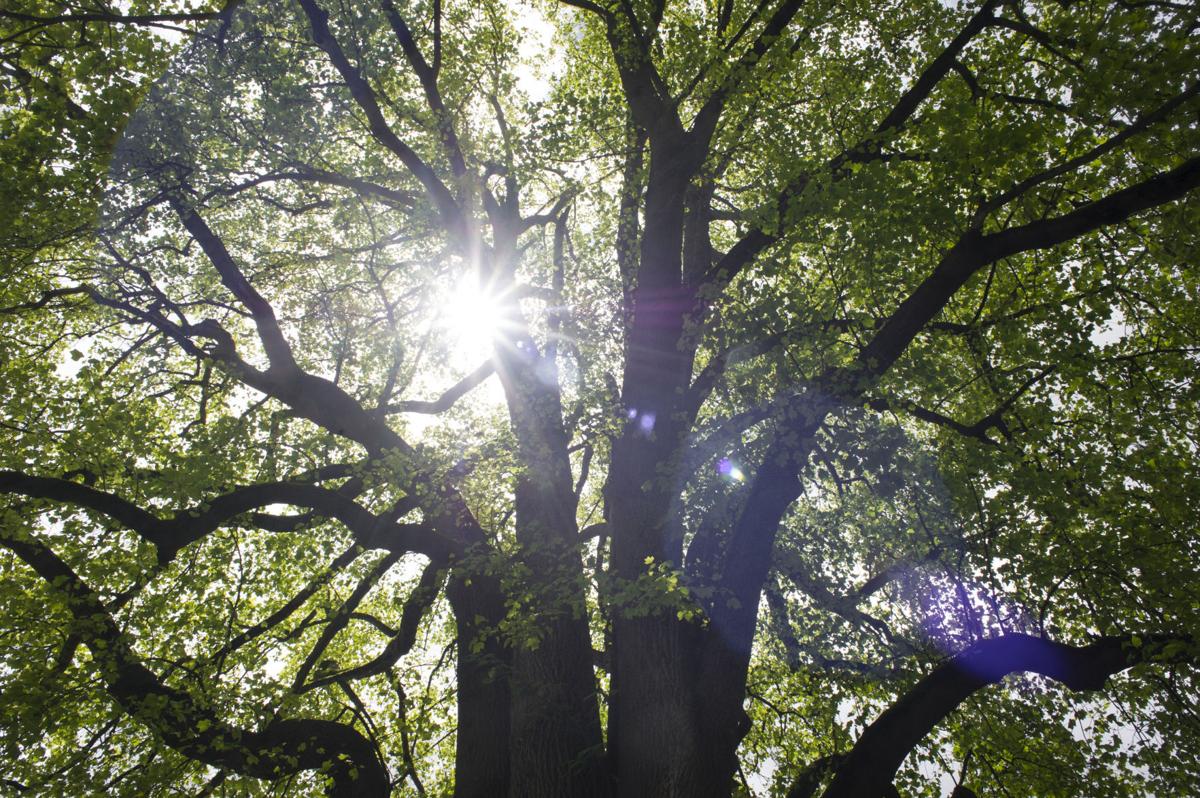 A beam of light shines Friday through a large tulip poplar in Mount Vernon. 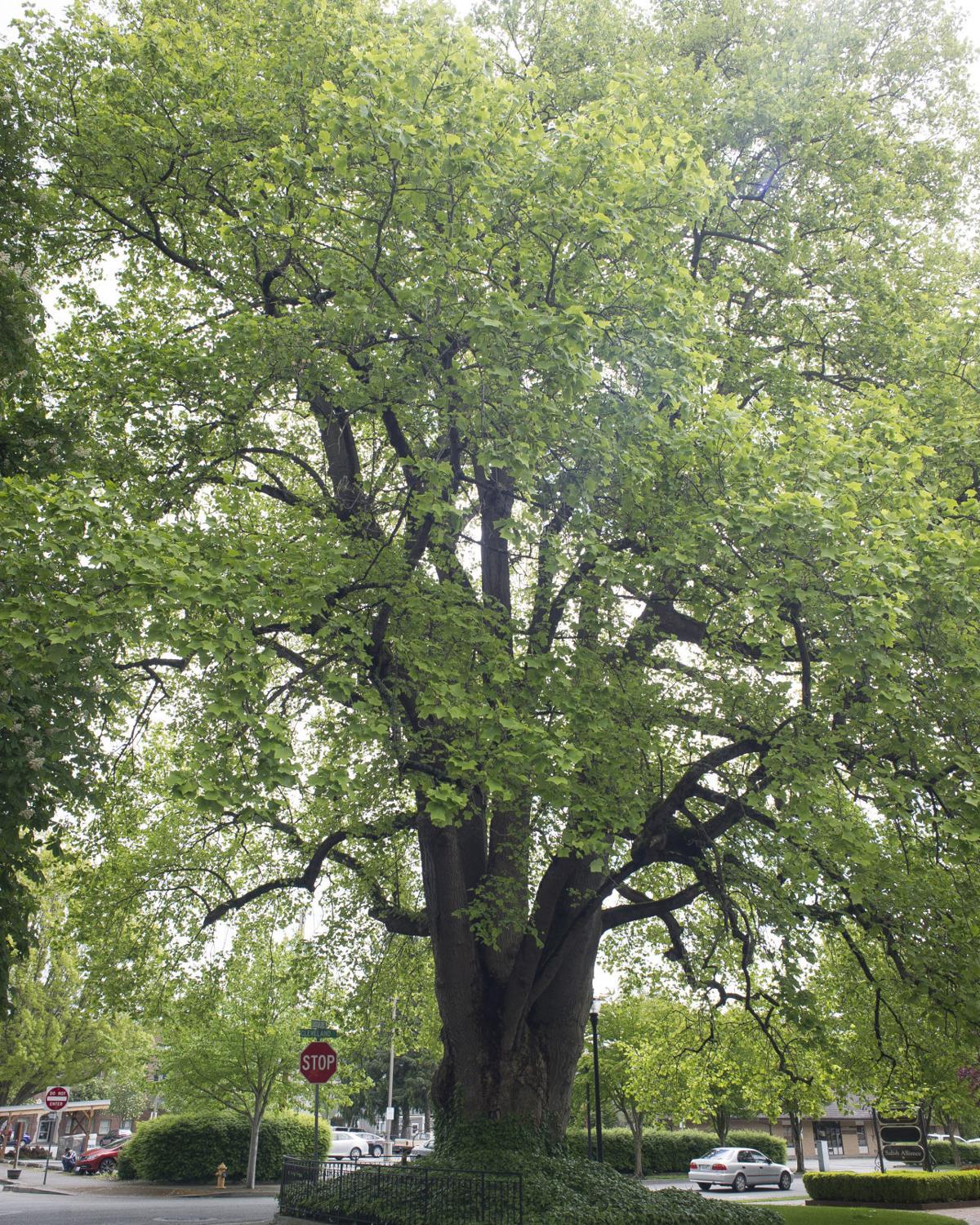 Michael Boss poses Friday with the official tree of Mount Vernon, a large tulip poplar near the Mount Vernon City Library. Boss is campaigning to get the tree named after former Wells Nursery owner Neil Hall.

Michael Boss points to buds on a large tulip poplar near the Mount Vernon City Library that Boss hopes to have named after the former owner of Wells Nursery.

A beam of light shines Friday through a large tulip poplar in Mount Vernon.

MOUNT VERNON — A Mount Vernon resident is seeking to honor former Wells Nursery owner Neil Hall by naming one of the city’s most iconic trees after him.

The tulip poplar tree, at the corner of Cleveland Avenue and Snoqualmie Street near the Mount Vernon City Library, towers over its surroundings, and has always stood out to Michael Boss since he moved to Mount Vernon eight years ago.

“My wife and I can never drive by that tree without commenting on it,” he said. “If you have a tree that’s really epic, that tree should have a name.”

Boss said he was captivated by the tree, and began researching its history for a blog he runs for his employer, Meyer Sign. That’s how he met Hall, and while their conversation was short, Hall’s passion for the topic was contagious, Boss said.

As the longtime owner of Wells Nursery, Hall was a defender of trees. He died in January, after a career dedicated to spreading knowledge and appreciation of plants.

“A lot of people who bought trees bought them from Wells Nursery, and learned about them from Neil,” Boss said.

Hall personally identified the species of a great number of trees in the Skagit Valley, and had once chained himself to a tree to keep it from being cut down.

“Why not name it after someone who loved (trees) and protected them?” Boss said.

In conversation with Hall and other local experts, Boss learned the tree was the largest tulip poplar in the state, and may be more than 100 years old, he said.

Tulip poplars are native to the Northeast, so it’s believed this particular tree was brought here as a sapling by settlers or merchants and could be “the oldest living connection to our pioneer past,” Boss said.

The Mount Vernon City Council recognized this tree as the official tree of Mount Vernon in a proclamation in April 2002.

Because the tree is on private property, Boss is trying to reach the property owner and get permission to name the tree after Hall and put up a sign to be provided free of cost by his employer.

Honoring Hall’s memory would serve to highlight a story that Boss said resonates with him. Like the tree, Hall was a transplant. Neither is originally from the city, but both found a home here and thrived.

“I think that can be said for a lot of people who’ve come out here,” Boss said. “Neil Hall’s own career and the story of that tree are perfect examples.”

Mount Vernon City Council member Mary Hudson worked for Hall at Wells Nursery for 28 years, and said she would love to see him remembered in this way.

“Neil loved that tree, because it’s so historic and beautiful,” she said.

Hall worked to instill an appreciation for trees among his staff, including for their historical significance as living things that have stood strong for years.

Hudson remembers a visit to an arboretum with Hall when she was a new employee. While at the time she wasn’t particularly fond of trees, she said hearing him speak so passionately changed the way she thought about them.

“He had an absolute wonder and amazement with them,” she said. “I don’t look at trees the same way I used to.”