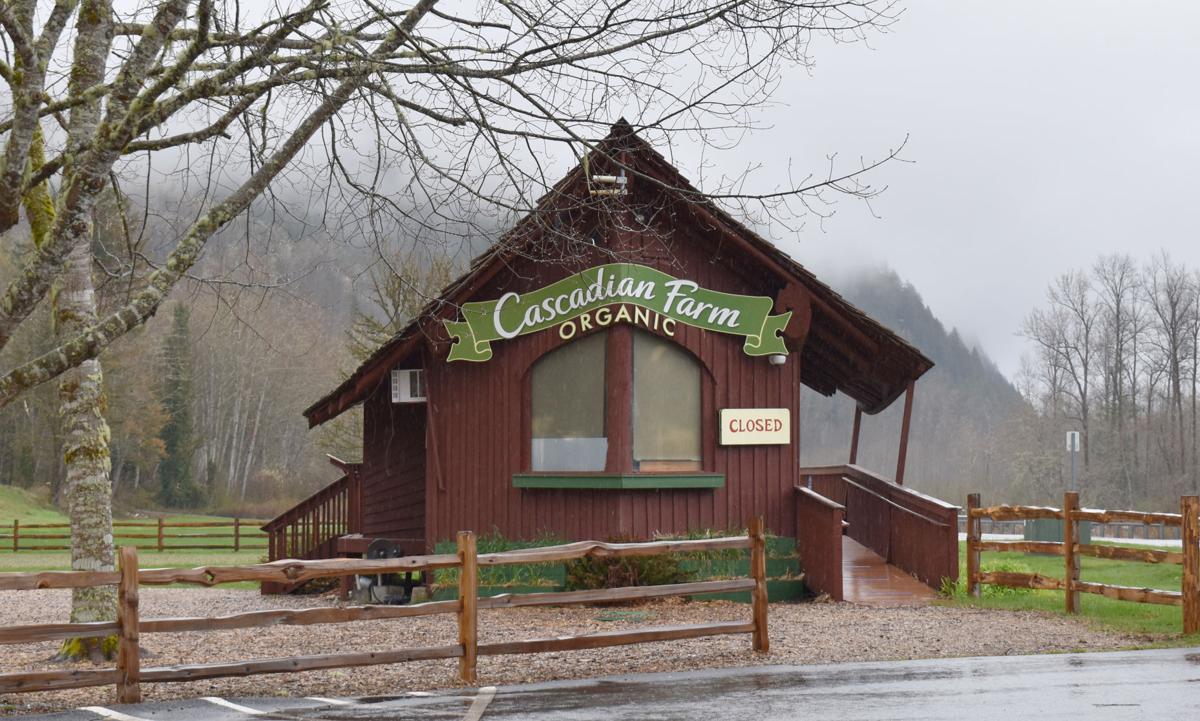 The “closed” sign will remain in place at the Cascadian Farm Home Farm stand — a popular stop for ice cream and berries near Rockport — through summer this year. 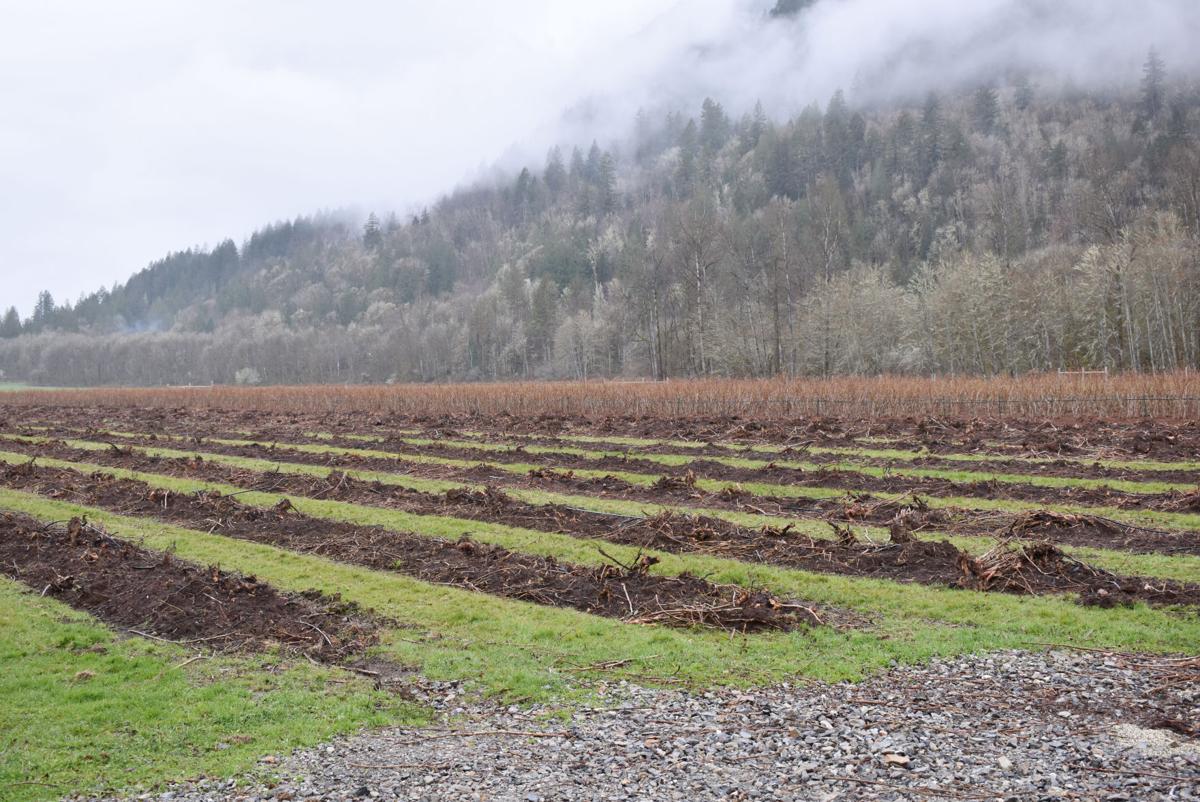 Several rows of blueberries have been uprooted at Cascadian Farms Home Farm near Rockport. 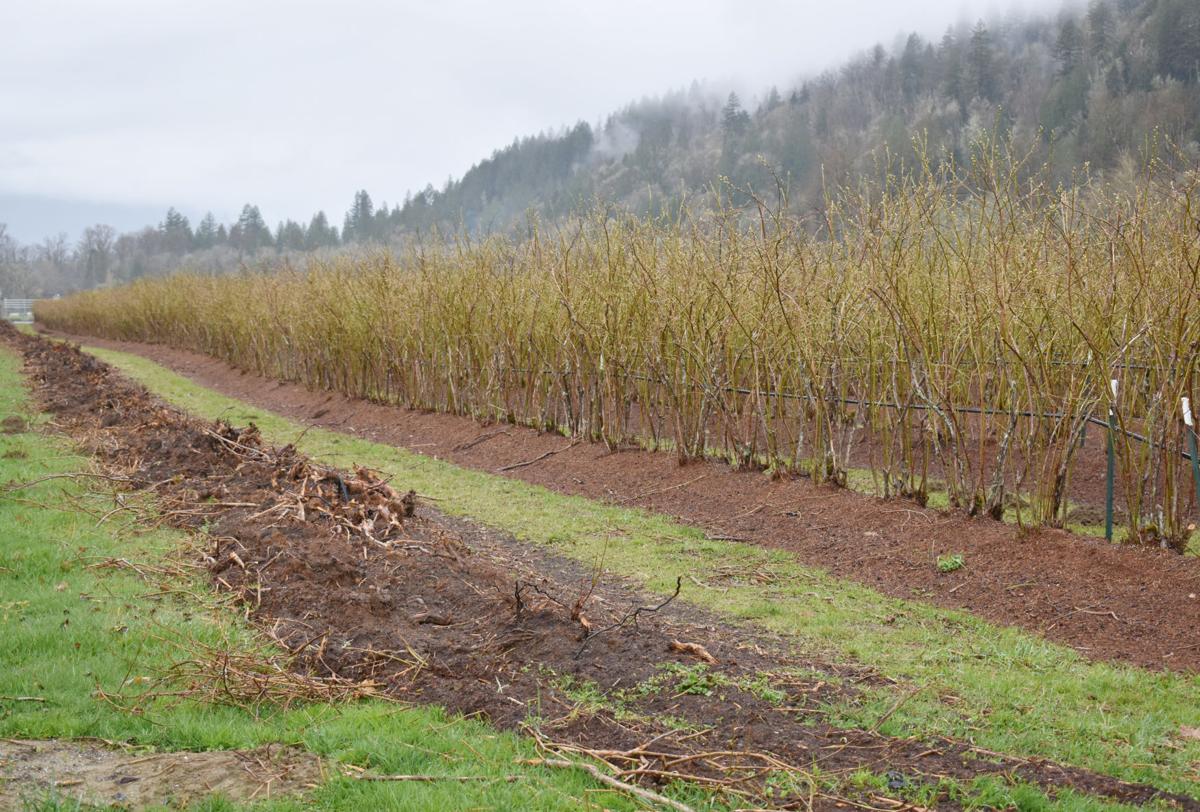 Several rows of blueberries, including the front row pictured, have been uprooted at Cascadian Farms Home Farm near Rockport. 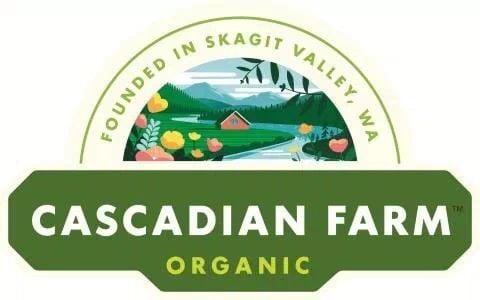 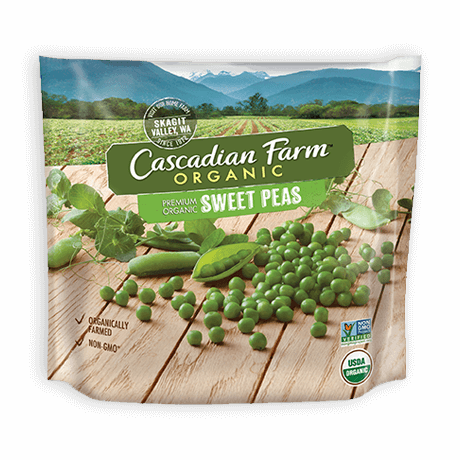 The “closed” sign will remain in place at the Cascadian Farm Home Farm stand — a popular stop for ice cream and berries near Rockport — through summer this year.

Several rows of blueberries have been uprooted at Cascadian Farms Home Farm near Rockport.

Several rows of blueberries, including the front row pictured, have been uprooted at Cascadian Farms Home Farm near Rockport.

The Cascadian Farm hobbit-like hut that’s a Highway 20 landmark between Rockport and Marblemount won’t be open this year for visitors to purchase produce, snacks and the business’ beloved ice creams.

That stand — at the Cascadian Farm Home Farm where the organic arm of General Mills got its start — won’t open for its usual May through September season.

The company hasn’t made clear the reason for the closure, or whether it will extend beyond this year.

“For the 2021 Farm season, we have made the decision not to open Cascadian Farm to visitors. We are taking this growing season to reimagine the future operating plan for the home farm,” the statement reads.

A similarly vague message was posted online March 4 on websites including TripAdvisor and Yelp.

“Cascadian Farm will not be open to visitors for the summer 2021 season. We know that the Farm is a big part of the eastern Skagit Valley community and that many visitors stop by every year to create memories at the Farm. We are sincerely sorry for the impact this closure may have on your travel plans — we will miss you!” the posts state.

No signs about the closure were posted at the farm stand itself on Wednesday. The “last day of the season” notice for Sept. 28, 2020, remained taped to the door.

A CONCERN FOR EAST COUNTY

Concrete Chamber of Commerce President Valerie Stafford said the company provided little information to the chamber, either. But the closure is the talk of the town.

“It’s a huge disappointment for a lot of people,” Stafford said.

The farm stand has been a popular stop for u-pick berries, ice cream flavored with locally-grown fruits, and for soaking up sunshine and Skagit River views during drives through the area. It has been a haven for locals and a destination for tourists for years — and few answers from General Mills has the community fearing the worst.

Wulff said the company has yet to decide what’s to come after 2021.

“When we have our plan to share with the community, we’ll be excited to do so,” she wrote in an email.

Whether the closure is for a single season or is permanent, longtime Marblemount-area resident Linden Jordan said the loss of jobs will be felt in the community.

“Lots of locals work there, so (it’s) one more source of employment gone,” he said. “This is such a loss.”

Jordan called the farm stand “a mainstay of the upper valley” and said he was shocked to see changes being made at the farm since it closed for the season.

“Suddenly, we noticed that they are destroying some of the blueberry bushes that have been so important as a cash crop,” he said.

Stafford said others in the area also “noticed that they pulled up some of the blueberry crops” — and that has raised suspicion that General Mills could be abandoning the east Skagit County staple.

Wulff said in an email that the decision to remove 30-year-old blueberry plants is unrelated to the 2021 closure.

“These changes are part of planned infrastructure investments and adaptations to crop production that best meet the Farm’s needs,” Wulff wrote.

Like many small businesses, the farm stand struggled early in the COVID-19 pandemic, largely because of its rural location and reliance on travelers.

Then during the summer, outdoor activity and road-trip tourism took off, including along the Skagit County portion of Highway 20 — also known as the North Cascades Highway and part of the recently designated National Scenic Byway, the Cascade Loop — as ways for people to cope with prolonged isolation.

Into September, sunny weekends brought lines out the door.

But Wulff said in an email that sales at the Home Farm were also impacted by a closure along the highway during peak berry season that required a 30-minute detour to reach the farm.

Cascadian Farm founder Gene Kahn, who now lives on Whidbey Island, said this will be the first closure of the farm stand since it opened in 1973.

“We also didn’t have any pandemics,” Kahn said of the ability to keep the farm open for so many years. “It’s a fact of life ... and hopefully it will only be one year as the pandemic and things normalize.”

General Mills overall — with brands including Cheerios, Annie’s, Yoplait, Nature Valley, Häagen-Dazs, Betty Crocker, Pillsbury and Old El Paso — seemed to weather the year well. Its overall sales grew in 2020, to $17.6 billion compared to $16.9 billion in 2019, according to the company.

CAUGHT UP IN COURT

While the Home Farm struggled through the 2020 season, the legitimacy of the Cascadian Farm brand was being questioned in court.

In January 2019, a lawsuit was filed in U.S. District Court for Western Washington against General Mills and subsidiary Small Planet Foods.

The lawsuit claimed the companies used misleading advertising for its Cascadian Farm brand because of its use of the Home Farm in its logo.

“Defendants consistently mislead consumers into believing that all or a substantial portion of the ingredients in Cascadian Farm products are grown on an organic farm in Skagit Valley, a small region in the state of Washington along the Skagit River near the Cascade Range,” court documents state. “Rather, because Defendants are multinational agrobusinesses, their food products are sourced from large industrial farms in other places in the United States and the world.”

The brand has various logos — today included on products from packages of frozen vegetables to boxes of cereal — that include a picturesque northwest farm scene. On some the text reads “Founded in Skagit Valley, WA,” and on others “Visit Our Home Farm.”

“The combination of these words and images represent, imply, and suggest that the Products ... come from a farm in Skagit Valley,” court documents state.

According to General Mills, those logos were rolled out in early 2016 in what the company saw as a nod to the Cascadian Farm brand’s beginnings.

He said Friday he hadn’t heard about the lawsuit, but called it “nonsense.”

“I think they need to read the label more carefully,” Kahn said. “That’s where we learned about organic. It’s a historic reference; it’s not an effort to mislead the consumer as if everything was grown there.”

The General Mills website describes the local farm as the roots of the Cascadian Farm brand.

“Although we’ve outgrown our original farm — we source from certified organic farms throughout the country and world to make our delicious products — you can still visit the farm that inspires us. Our original Home Farm is a working organic farm where we grow blueberries, raspberries, strawberries, sweet corn, and pumpkins,” the website states.

On Nov. 20, 2020, all parties agreed to dismiss the lawsuit, though the reason was not disclosed.

“I am not able to comment on or provide information to you regarding the resolution of the lawsuit,” attorney Stephen Raab, who represented the individuals who filed the lawsuit, said in an email.

General Mills also did not provide additional insight on the lawsuit, but Wulff said in an email that the 2021 closure of the farm stand has nothing to do with the lawsuit.