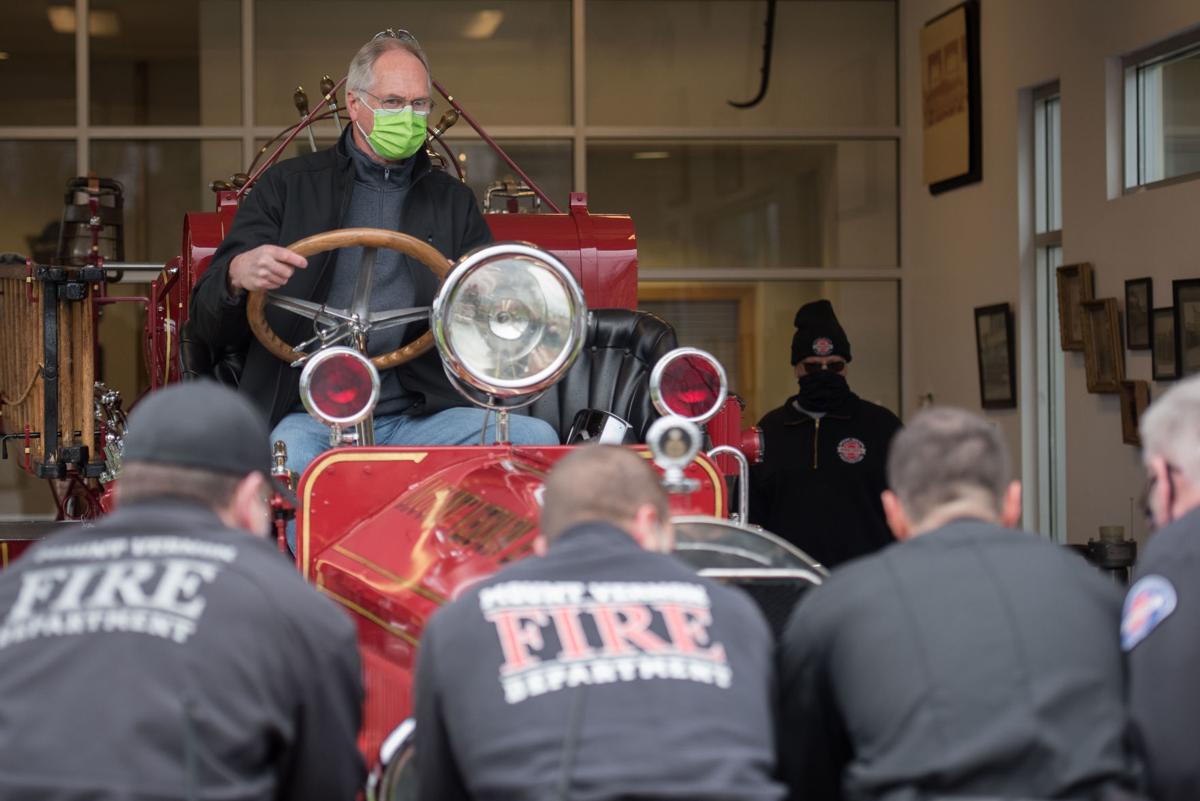 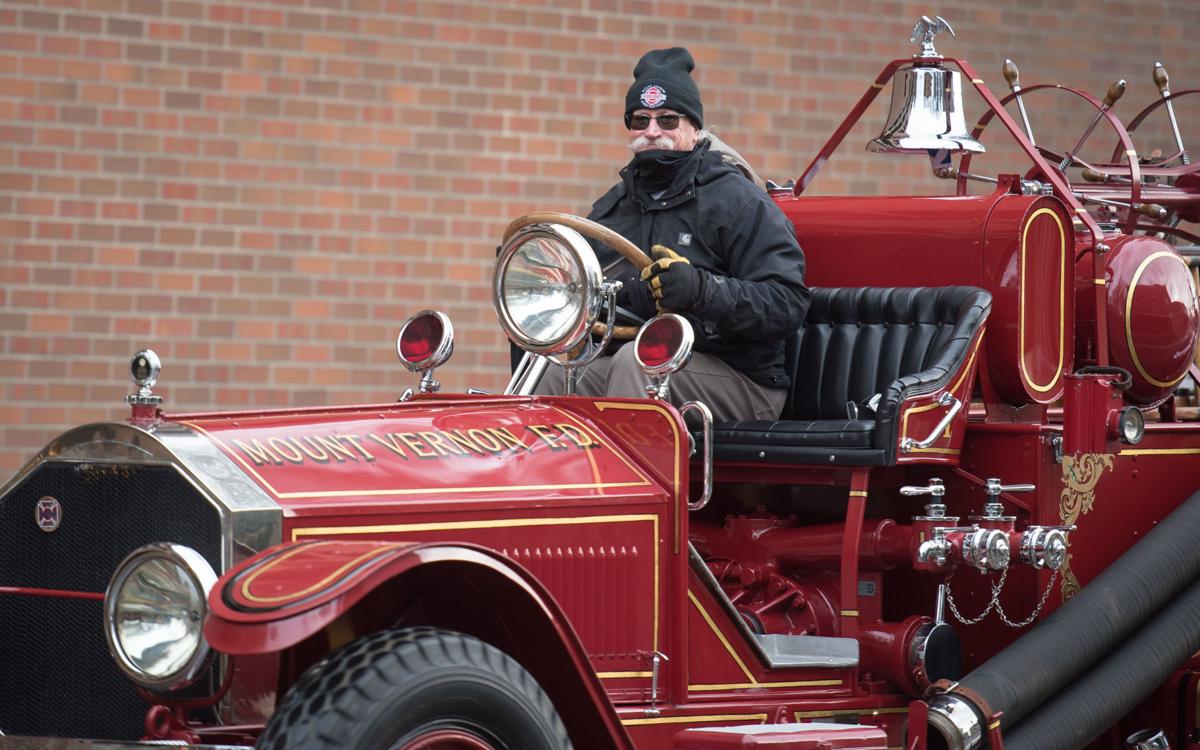 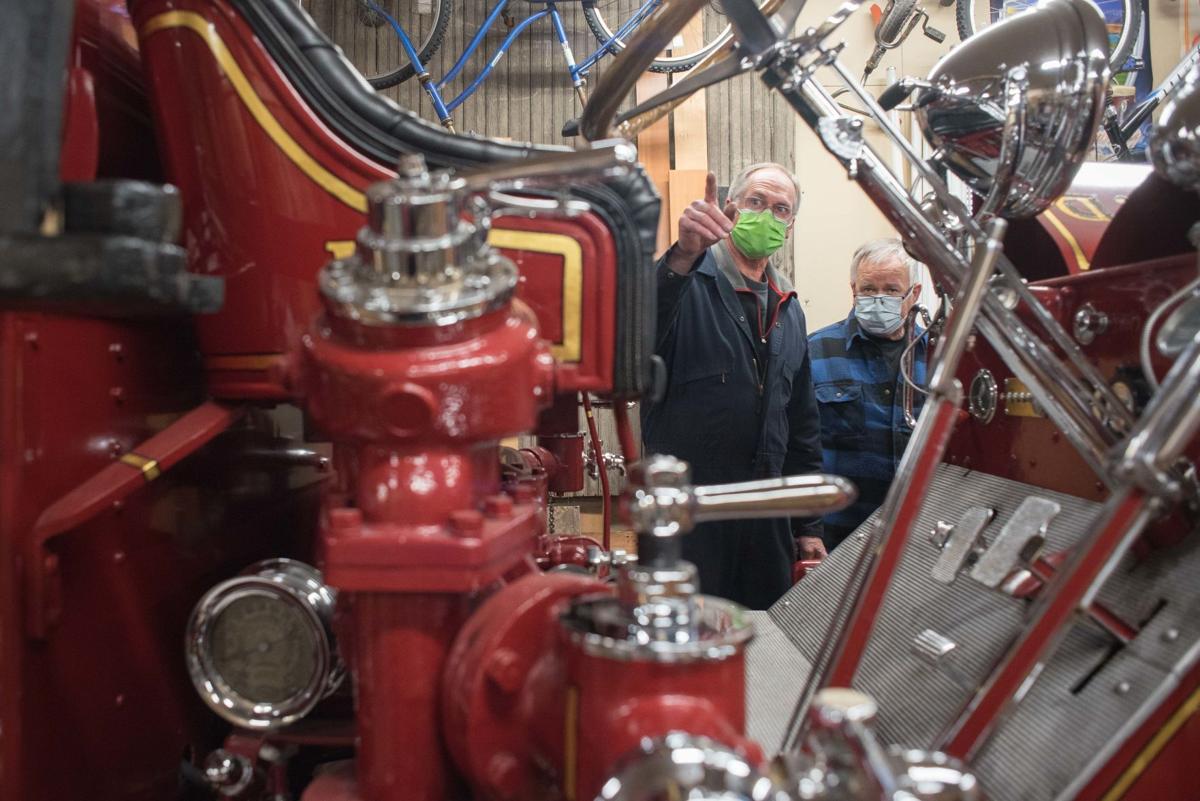 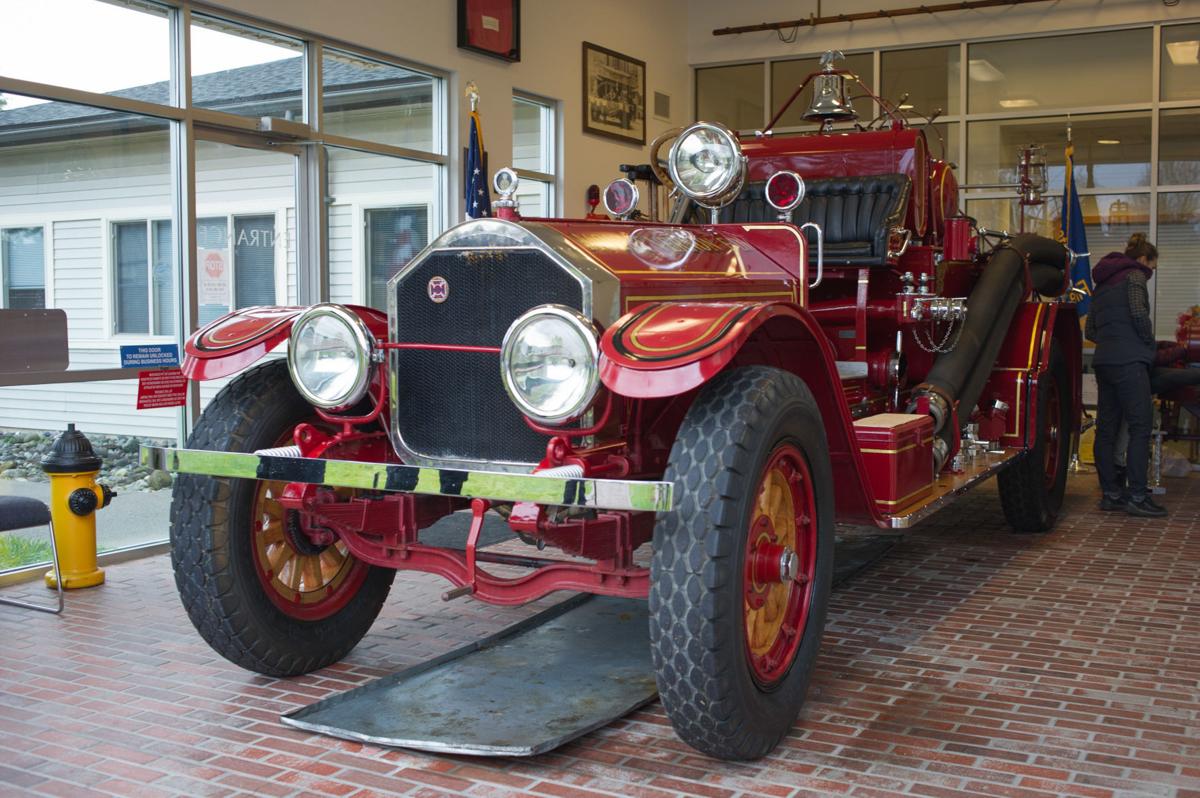 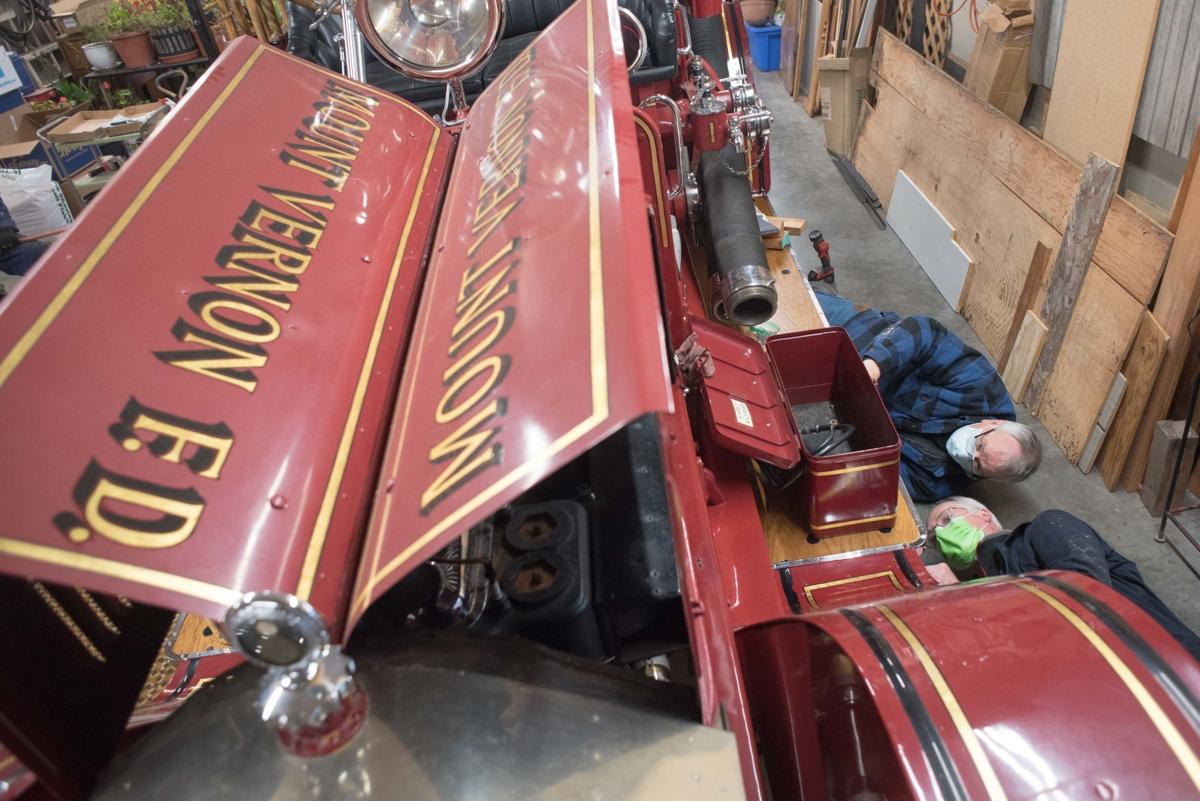 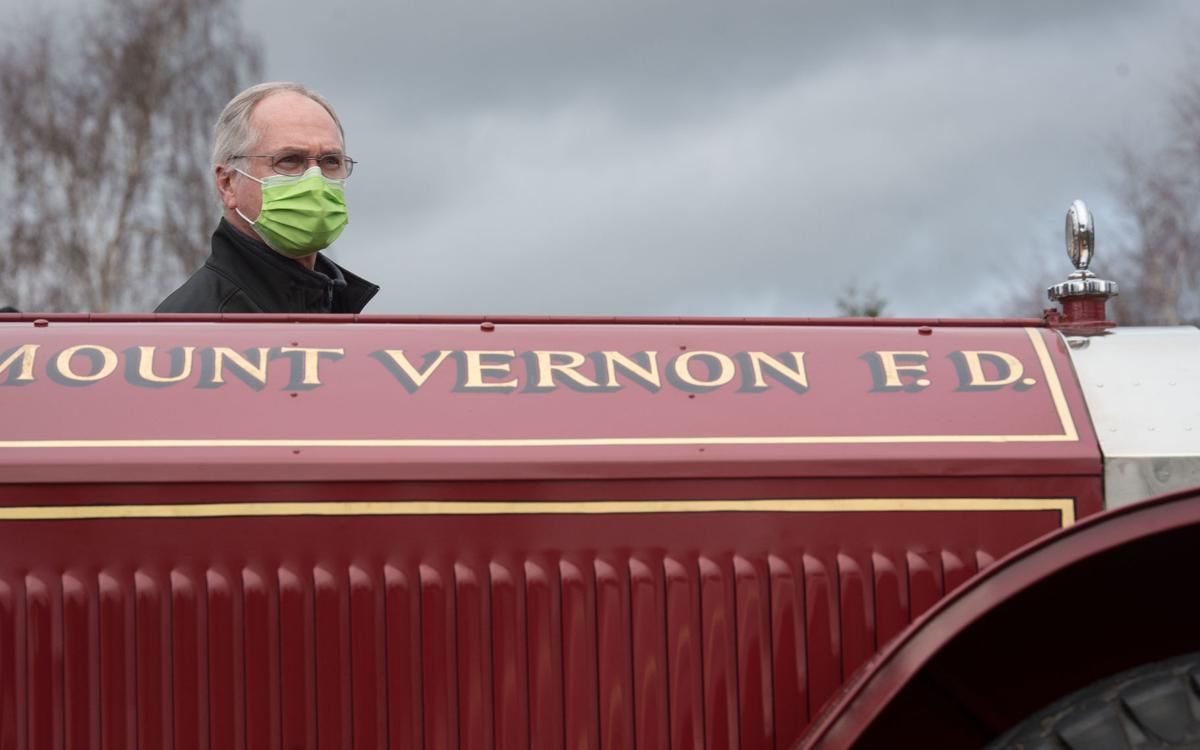 Terry Hill gives a short speech Monday about the history of the Mount Vernon Fire Department’s vintage American LaFrance fire engine after brining it back to its home.

Terry Hill gives a short speech Monday about the history of the Mount Vernon Fire Department’s vintage American LaFrance fire engine after brining it back to its home.

“It was something new and different than what a lot of people had,” said retired Mount Vernon firefighter Terry Hill.

On Dec. 14, 2020, with a fresh coat of wax, some new running boards and a few other improvements, the department’s vintage American LaFrance fire engine was rolled into its bay at the department’s LaVenture Road fire station, its home for the past three decades.

In honor of the truck’s 100th birthday, Hill and fellow retired firefighters spent about 150 hours during the past month restoring it offsite before bringing it home where it will once again be displayed for the public.

“Keeping it in good condition is not just a reminder of the history of the department and where we’ve been and where we’re going, but also the dedication of the firefighters,” Mount Vernon Fire Chief Bryan Brice said.

The city originally purchased the truck for $12,500, Hill said.

After a 32-day journey on a freight train from an assembly line in New York, the truck was first based at the department’s downtown station — it’s only one at the time.

While the department, like many others at the time, was a volunteer-only department, the arrival of the American LaFrance prompted the city to hire its first full-time firefighters and chief in January 1921, Hill said.

As the only motorized fire engine in the county, the American LaFrance responded to calls far and wide — from Sedro-Woolley to Guemes Island, Conway and even to Bellingham, Hill said.

“It was a real workhorse in its day,” he said.

The department used it as a fire engine through the 1940s, before making it a backup engine, Hill said.

At some point, it was moved to the Skagit County Historical Museum in La Conner, before finding a permanent home in the 1980s at the new LaVenture Road station.

Since then, the department has used it for parades, fire prevention weeks and even commercials, Hill said.

Although it is used less often now, Hill and Thompson said they hope its restoration will inspire the new generation of firefighters to get it into the community more.

They also hope to take it to a national convention next summer.