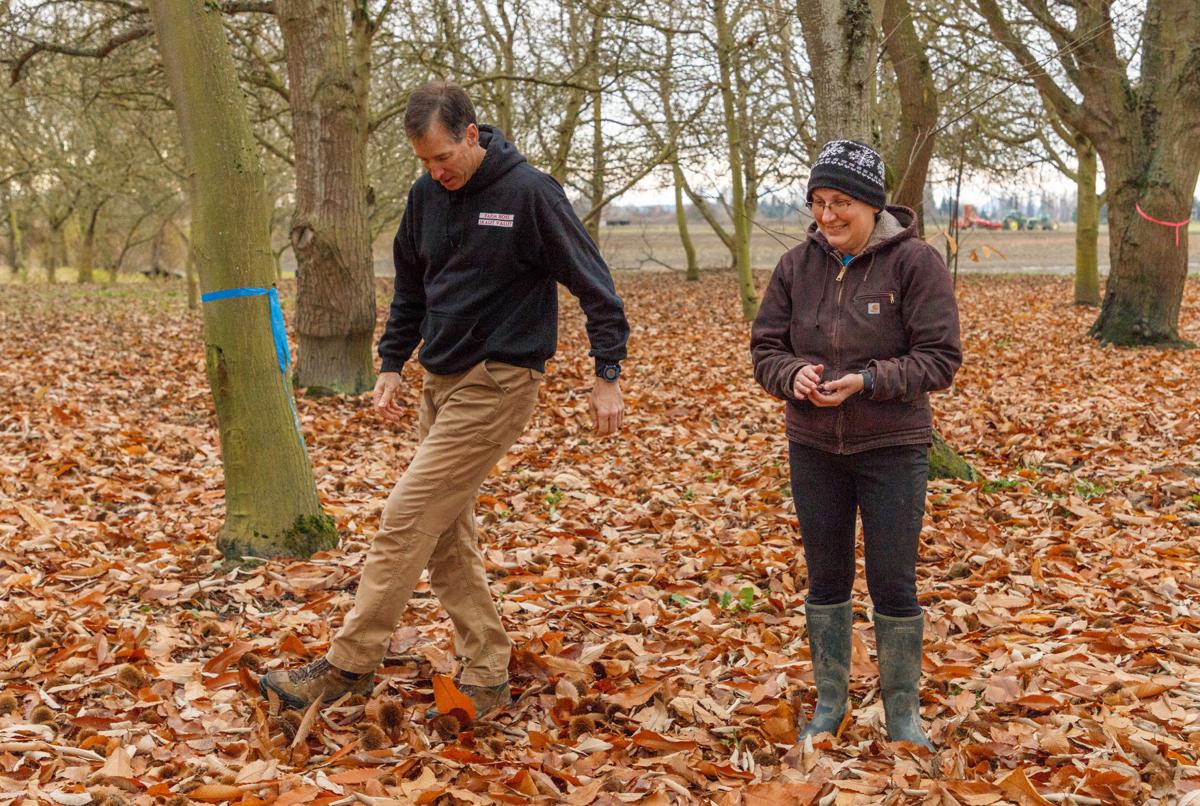 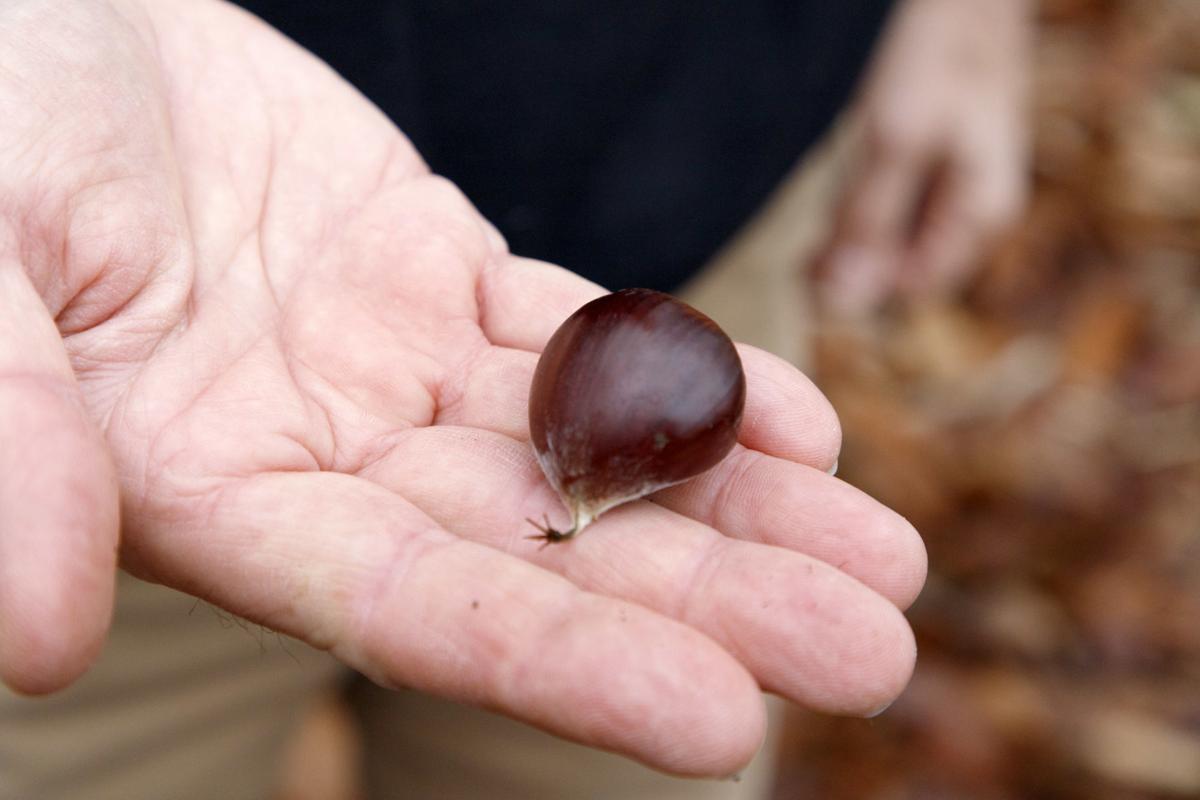 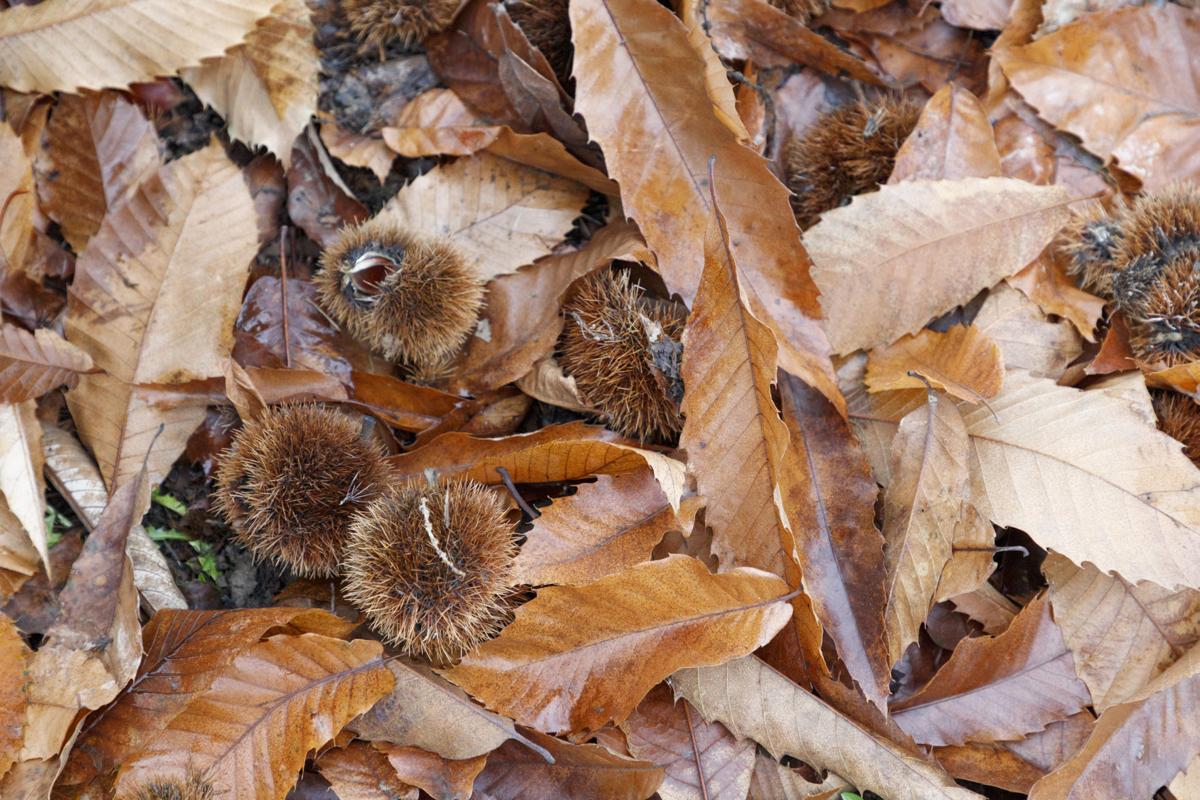 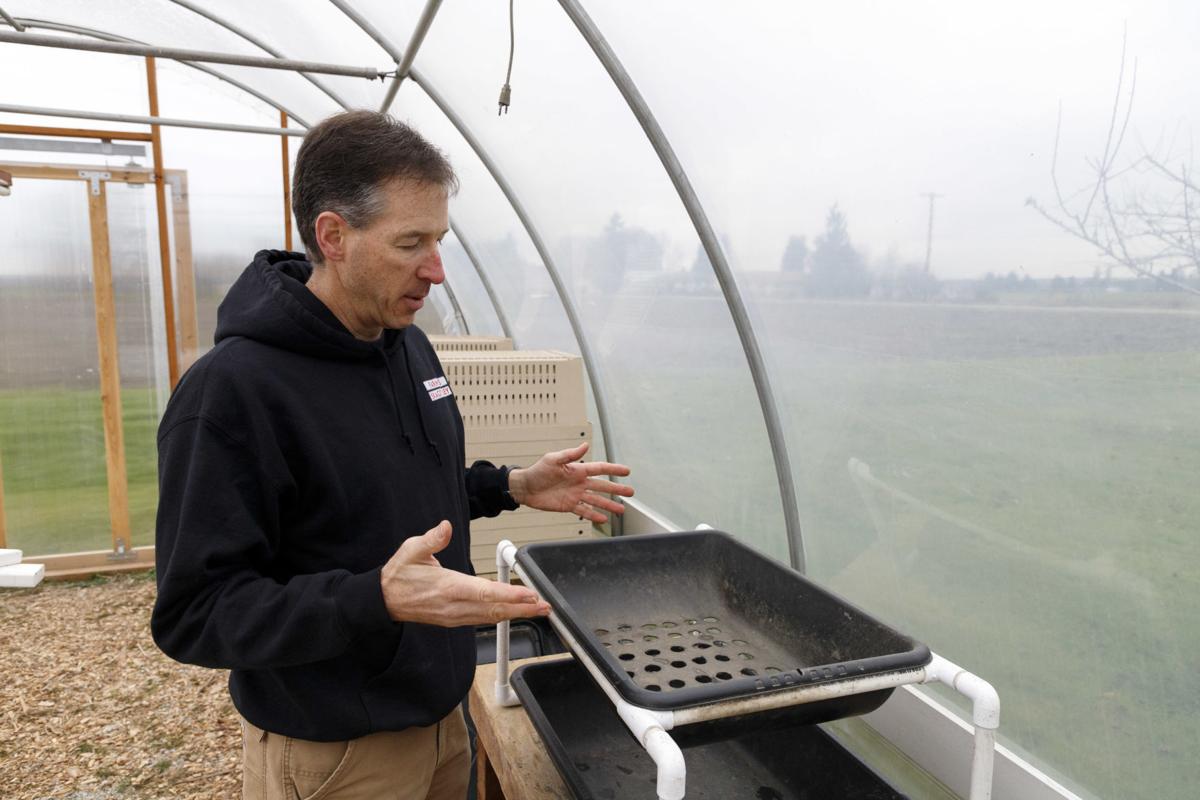 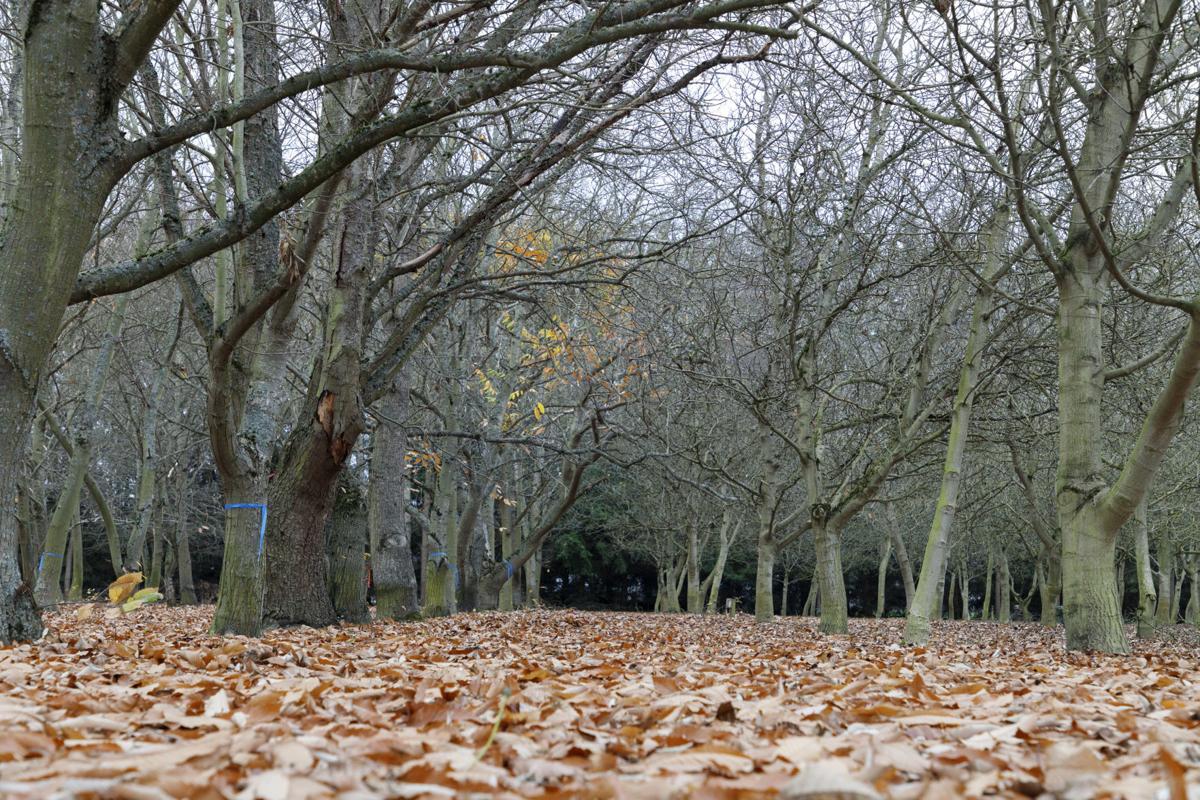 Spiky chestnut burrs resembling sea urchins lie on the ground, blending in with orange leaves that have fallen.

Beth and Kevin Meenaghan open up a burr to reveal a smooth, brown chestnut.

Chestnuts are the center of Lazy Squirrel Nut Farm, a 20-acre farm west of Mount Vernon that includes 5 acres of chestnut and walnut trees.

The orchards were planted in 1988 by Don Balser, who brought in select nut tree varieties to cultivate for Balser Tree Farm, according to his obituary.

The Meenaghans didn’t intend to buy an orchard, let alone a chestnut farm, when they started searching for farmland to purchase.

Beth Meenaghan had previously specialized in growing organic artichokes for a business she started through Viva Farms’ incubator program for new and beginning farmers.

“When we found this place, it was a good fit,” Beth Meenaghan said. “I think the fact that it had an orchard on it and was absolutely beautiful (was a selling point). It’s like having your own private park.”

The Meenaghans bought the farm in 2016 and sold their first chestnuts in 2017.

“We knew nothing about chestnuts,” Kevin Meenaghan said. “It’s been a constant learning process.”

He said the farm got help from two area farms — Washington Chestnut Company in Whatcom County and Feral Farm Agroforestry in Rockport. Both had worked with Don Balser.

Balser bought the 20-acre farm in Skagit County to “further the future of nut trees, their propagation and their development,” according to his obituary.

Kevin Meenaghan said the 250 chestnut trees in the orchard include ones Balser brought from South Korea, China and the former Soviet Union.

“For him, (chestnuts) were a very profitable crop, and something different for the valley,” he said.

Kevin Meenaghan said he believes Lazy Squirrel Nut Farm is the only farm in Skagit County that produces chestnuts commercially.

Meanwhile, the farm rents the rest of its acreage to farmers for crop rotation.

McMoran said while chestnuts are not a common crop in the Skagit Valley, hazelnuts are taking off, and could be profitable for growers.

For growers of nut trees, which don’t yield fruit right away, it can be a big investment to get started, he said.

“You have a time period, for most nut trees, where you don’t get into full production for several years,” he said. “There’s no guarantee that you’ll receive the price that you’d receive today.”

Kevin Meenaghan said the farm sells chestnuts to grocery stores and restaurants throughout the region, and would like to expand if demand grows. He said chestnuts sell for between $6 and $10 a pound in the grocery store.

Chestnuts are a sweet-flavored nut and can be eaten raw, boiled or roasted. They are commonly baked into breads, cakes and desserts.

Kevin Meenaghan estimates the farm harvested about 2,000 pounds of chestnuts this year, starting in September when the chestnut burrs started falling from trees.

The abundance of the nuts inspired the farm’s name — Lazy Squirrel Nut Farm.

“It’s easy pickings,” Kevin Meenaghan said. “(Squirrels) don’t have to work for it.”

The farm has offered chestnut U-picks this season and has drawn visitors from throughout the region, he said. Some are brought back by memories of the old Balser Tree Farm.

“We have people show up at the house and say “I used to U-pick here,’” Kevin Meenaghan said.