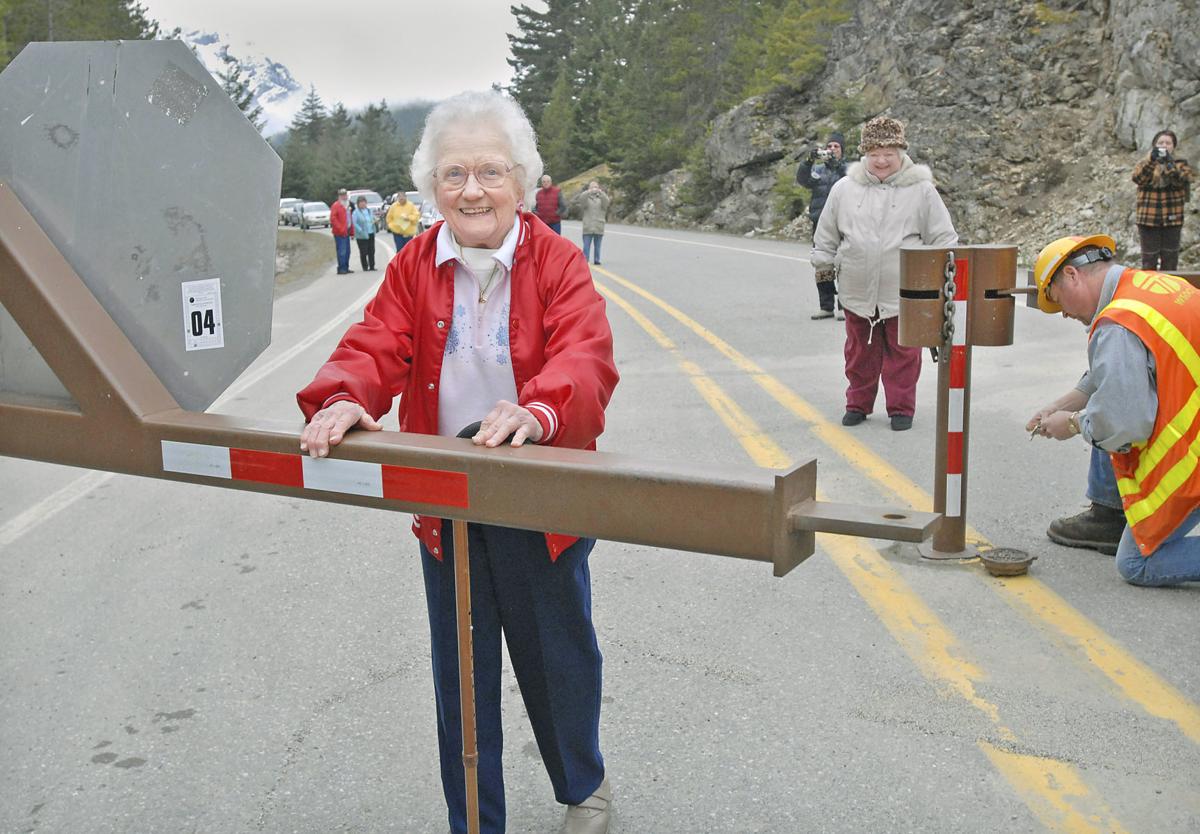 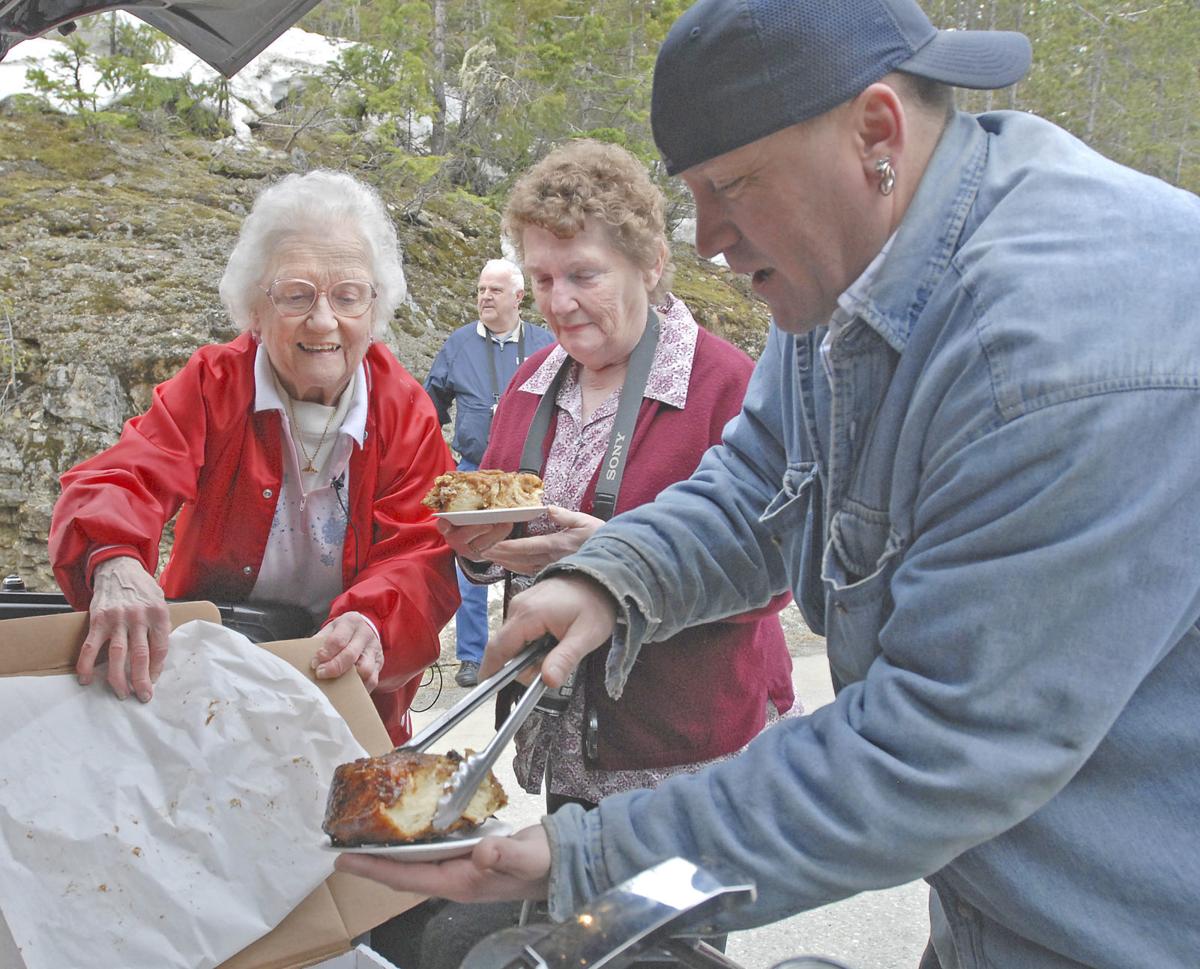 Tootsie Clark (left) and her son Don Clark serve cinnamon rolls before opening the gate at milepost 134 of the North Cascades Highway on May 1, 2008.

Tootsie Clark (left) and her son Don Clark serve cinnamon rolls before opening the gate at milepost 134 of the North Cascades Highway on May 1, 2008.

MARBLEMOUNT — For more than 40 years, Madrene “Tootsie” Clark was a staple of the annual opening of the North Cascades Highway.

Every year since 1972, Clark was the first person in line when state Department of Transportation crews opened the highway in the spring.

And every year, she would come bearing gifts — coffee and the whiskey sauce-glazed cinnamon rolls with which she’d become synonymous.

On Sunday, Tootsie Clark, lovingly referred to by many as the “Cinnamon Roll Lady,” died. She was 95.

“(She was) a very special person,” Don Clark said. “A person really beloved by so many people. She was an open person. Everyone was her friend — every soul she met she made a good friend of.”

Gary Salter got to know Tootsie Clark over the past year.

He and his wife Michele manage Glacier Peak Resort and Winery in Marblemount.

Born in 1922, Tootsie Clark was a Marblemount businesswoman who owned and operated Clark’s Cabins, the Skagit River Resort and The Eatery restaurant, Don Clark said.

“(That’s) where she became famous for her cinnamon rolls and pies and her personality,” he said.

Though the Clark family’s businesses were sold in 2015 and became Glacier Peak Resort and Winery, Tootsie Clark continued to live on the property, Salter said.

For Tootsie Clark, the tradition of making her own tailgate party at the opening of the North Cascades Highway was a tribute to her father, Richard Buller, Don Clark said.

Buller was a lifelong advocate of a cross-state highway, Don Clark said. For Tootsie Clark, the annual tailgate was a way to celebrate her father and the Department of Transportation employees who worked diligently to open the highway.

“They had their own pan of cinnamon rolls,” Don Clark said.

In 2006, the Department of Transportation made Tootsie Clark’s participation in the opening of the highway official by allowing her to be the one to push the Diablo Gate open each year.

His mother, Don Clark said, was one of the few people to get advance notice of the highway’s opening.

“Because she had to make 90 cinnamon rolls,” he said.

Her recipe, Don Clark said, was unique and difficult to replicate, particularly the sauce.

Still, the standout feature that made the annual tailgate memorable, he said, was his mother’s persona.

“There was only one original Tootsie, and she did it,” Don Clark said. “I don’t think a lot of other folks could have done it.”

A potluck Celebration of Life for Tootsie Clark will be held Oct. 14 at the Marblemount Community Club Hall.