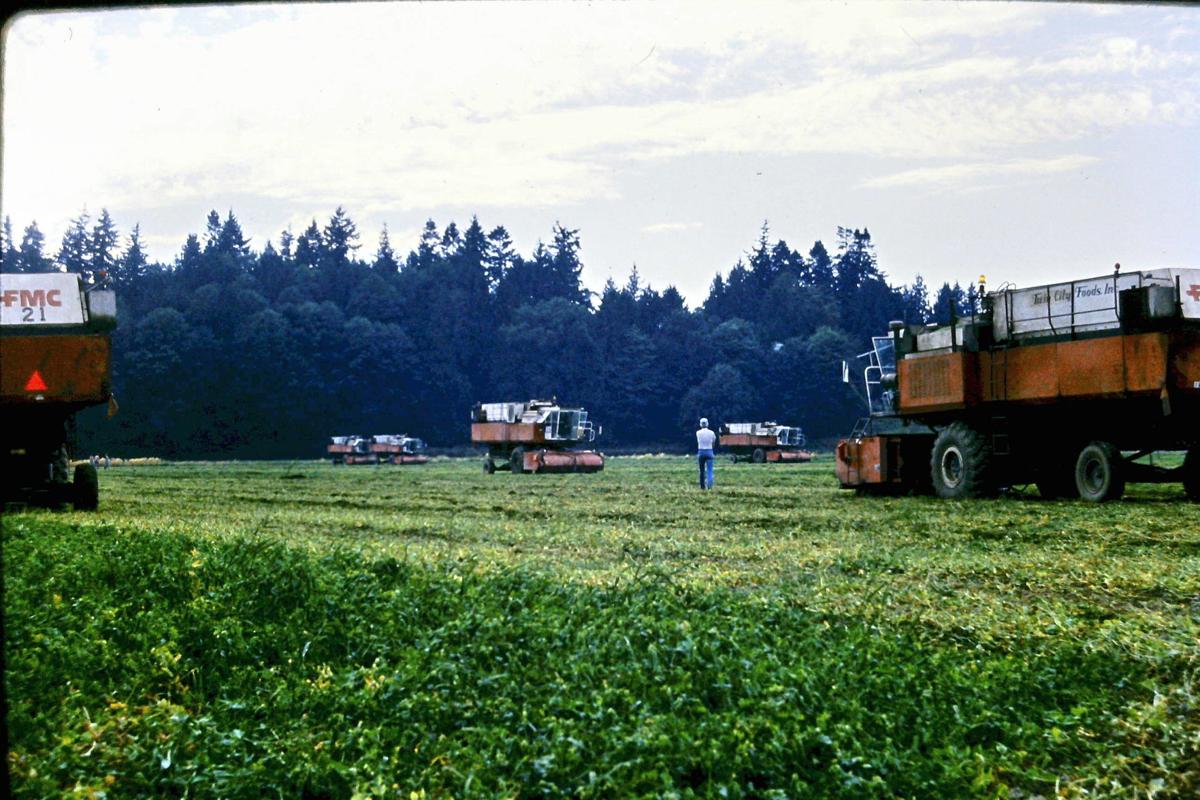 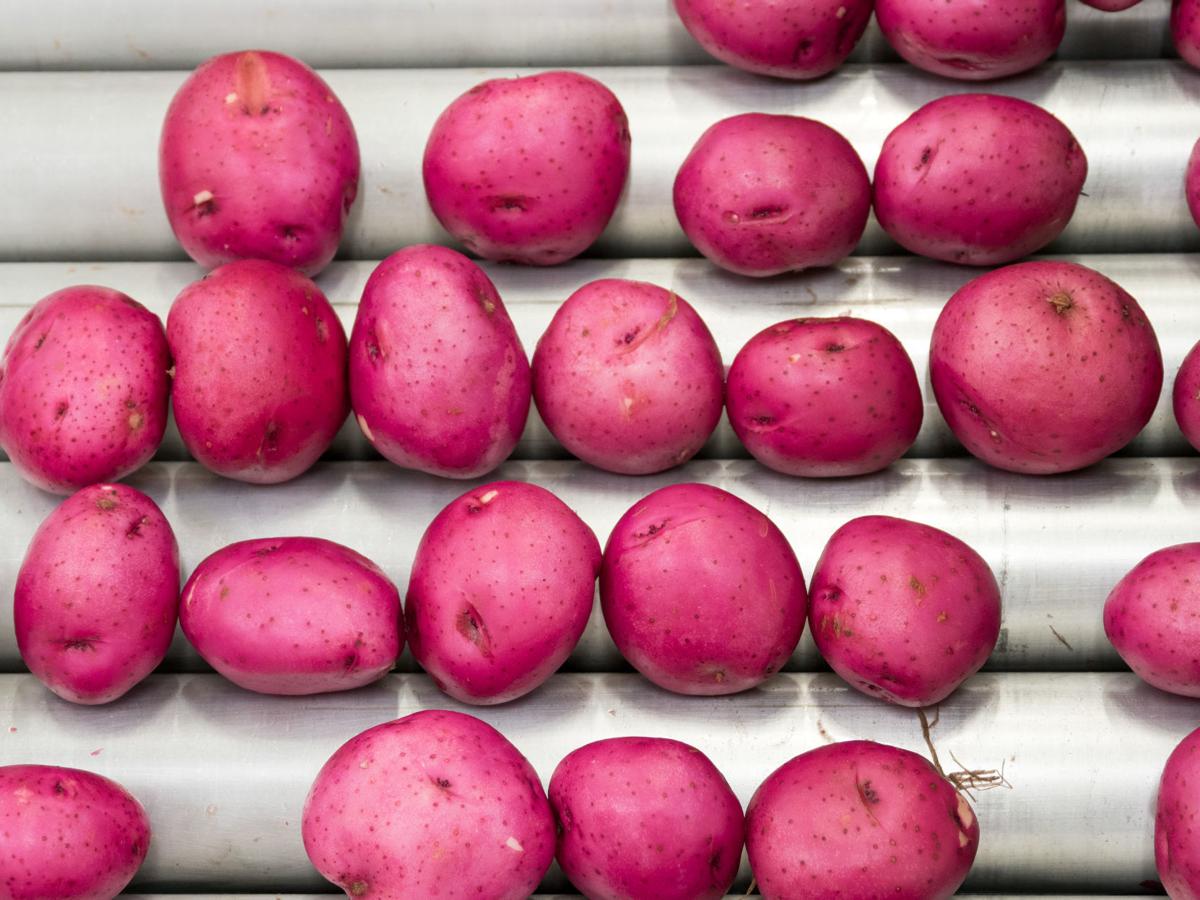 Potatoes, such as these red potatoes pictured in September at Skagit Valley Farm's processing facility near Burlington, are the county's top crop by acreage. 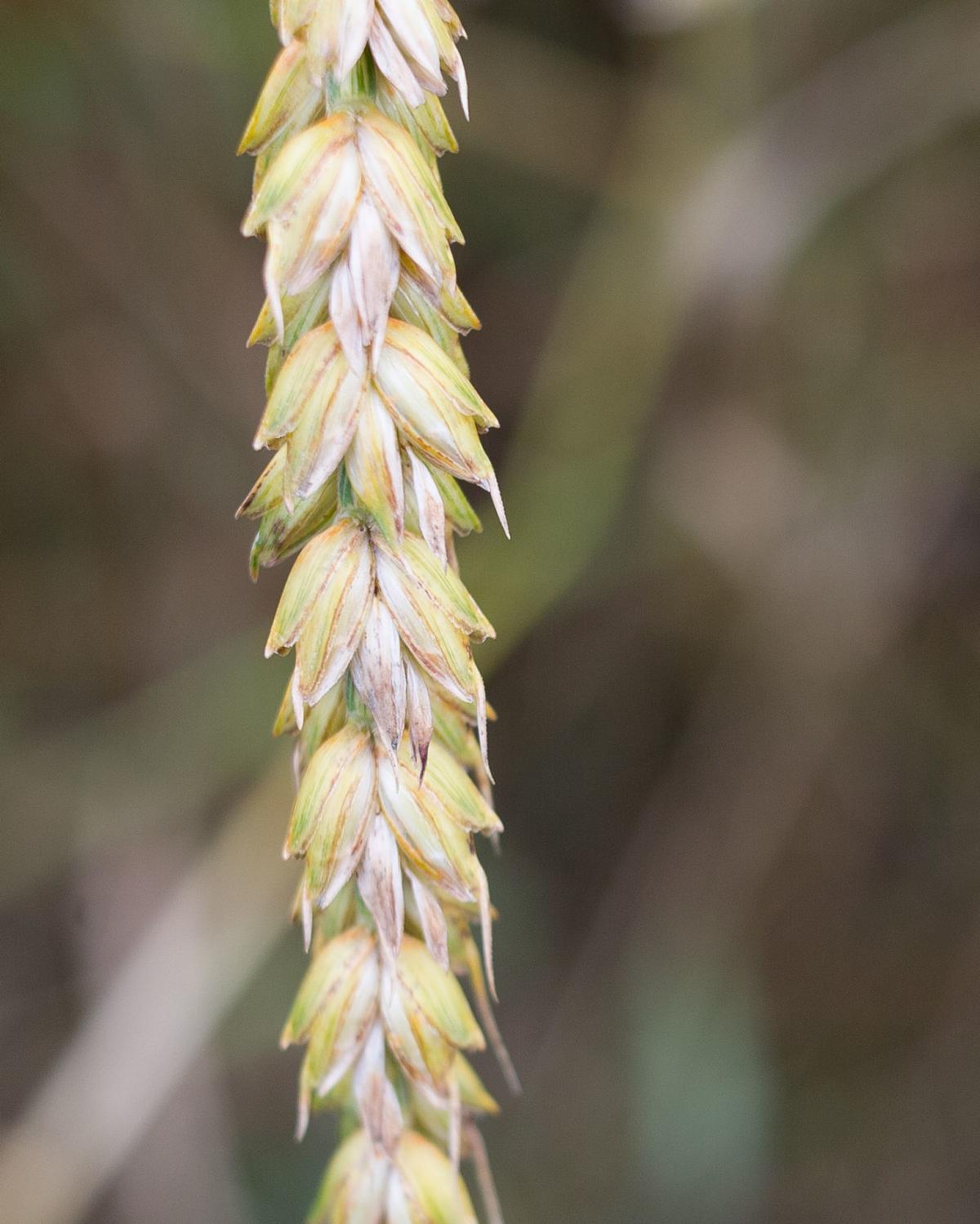 Skagit County farmers are making a profit growing grains for niche industries such as malting and craft brewing.

Potatoes, such as these red potatoes pictured in September at Skagit Valley Farm's processing facility near Burlington, are the county's top crop by acreage.

Skagit County farmers are making a profit growing grains for niche industries such as malting and craft brewing.

For generations, Skagit County’s farmers supported themselves on green peas.

In 1968, the crop covered about 32,300 acres in the county, and growers earned about $6.1 million annually from peas — about $45 million in today’s dollars — according to agriculture statistics from the Washington State University Skagit County Extension.

"Skagit County used to produce about one-quarter of the nation's green peas,” said Dave Hedlin of Hedlin Farms in La Conner. “There were about 12 processors here at peak, so it was big. Just about everybody put themselves through school working in peas.”

Hedlin said green peas, like other legumes, improve soil quality by adding nitrogen and have a short growing season, which made them a good rotation crop for farmers.

Peas are no more in Skagit County. After the last processing plant left in 2010 following a decline in demand for frozen peas, farmers stopped growing the crop.

For Skagit County farmers, what crop has replaced peas?

Today, potatoes are a mainstay for many farmers.

By 2000, potatoes had pulled ahead of green peas as the county’s top crop by acreage.

In 2018, Skagit County growers planted 12,000 acres of potatoes and earned $60 million, according to the extension’s statistics.

Farmers have also started growing a greater diversity of crops. About 90 are grown commercially in Skagit County, according to the extension's 2018 agriculture statistics.

Hedlin said his farm has found a niche in growing fresh-market vegetables, and sells about 15 to 20 kinds of vegetables. He said the need to diversify grew out of the increasing consolidation in agriculture, such as farms becoming larger over time.

"In an area like Skagit, we have to find ways to differentiate ways in the marketplace," Hedlin said. "We'll never be the low-cost producer for the commodity market. We're not going to produce an acre of grain cheaper than some farm in Iowa."

“They add value so we don't have to compete in the brutal commodity market,” Hedlin said.

He said farmers also have an opportunity to connect with consumers through more education on where their food comes from.

“People are going to want to know where their food is produced, who is producing it, and how it's produced,” Hedlin said.

Brussels sprouts is one crop that has taken off in the Skagit County in the past five years. In 2018, 1,600 acres were planted, up from a few acres in 2010, according to the extension's statistics.

"I think American consumers are waking up to a variety of uses for Brussels sprouts," he said. "Historically it was kind of around and Americans boiled it to death and no one liked it. Now we're roasting it and deep-frying (Brussels sprouts) … It’s on almost every eating establishment's menu in the country."

"On the flipside, it is extremely difficult to grow Brussels sprouts — they are susceptible to disease pressure, and it’s a long season," he said.

Pioneer Potatoes is the other grower of Brussels sprouts in Skagit County. John Thulen, the farm's owner, said the crop isn't a "home run" because it is labor intensive and the crop starts yellowing quickly after it is harvested.

He said farmers are always looking for new crops to fill a few acres when needed. For his dad and grandfather who grew peas for many years, Thulen said "peas were perfect" because of their short growing season and ability to add nitrogen back to the soil.

Now, consumer preferences have changed. Thulen said younger generations, such as his niece and nephew, are more likely to want a whole pea pod than a pea.

"As farmers we're looking for what's ahead and what people want (to eat)," he said. "And that's hard. It helps if a chef or magazine comes out with new thing, and we see if we could grow that crop here."

Farmers are growing a great diversity of crops.