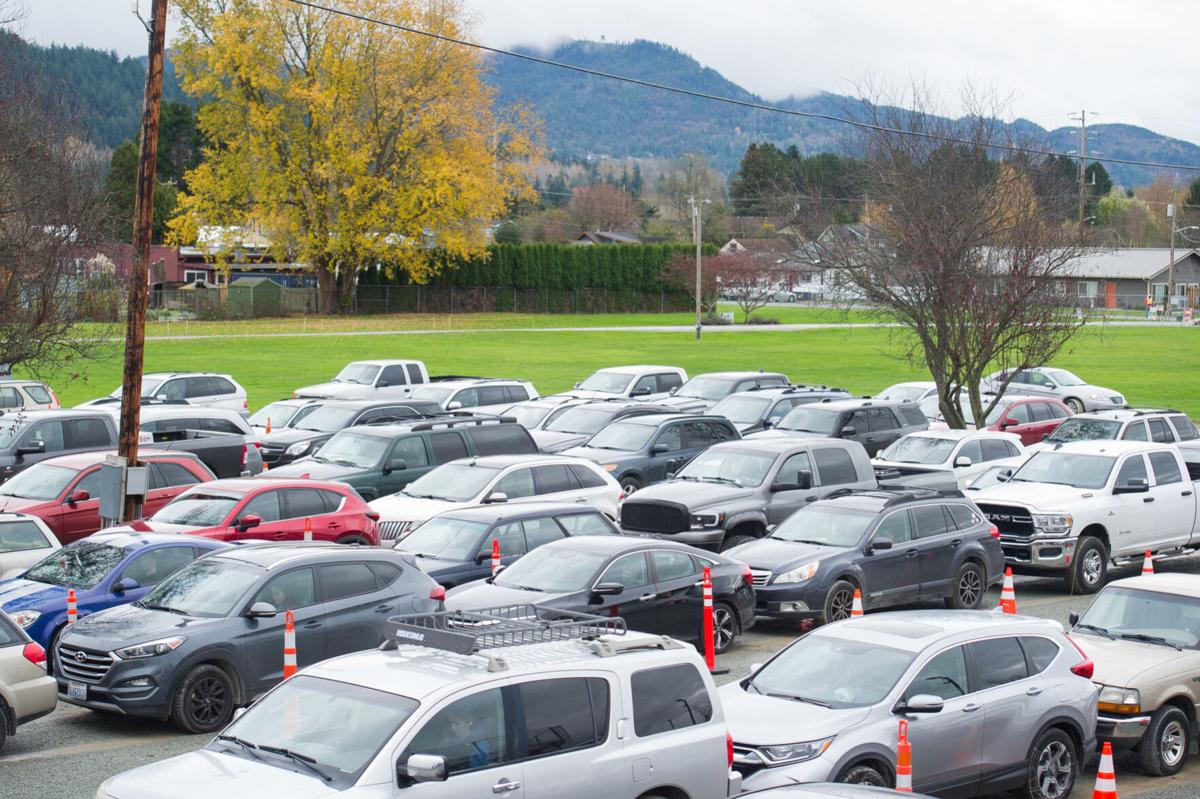 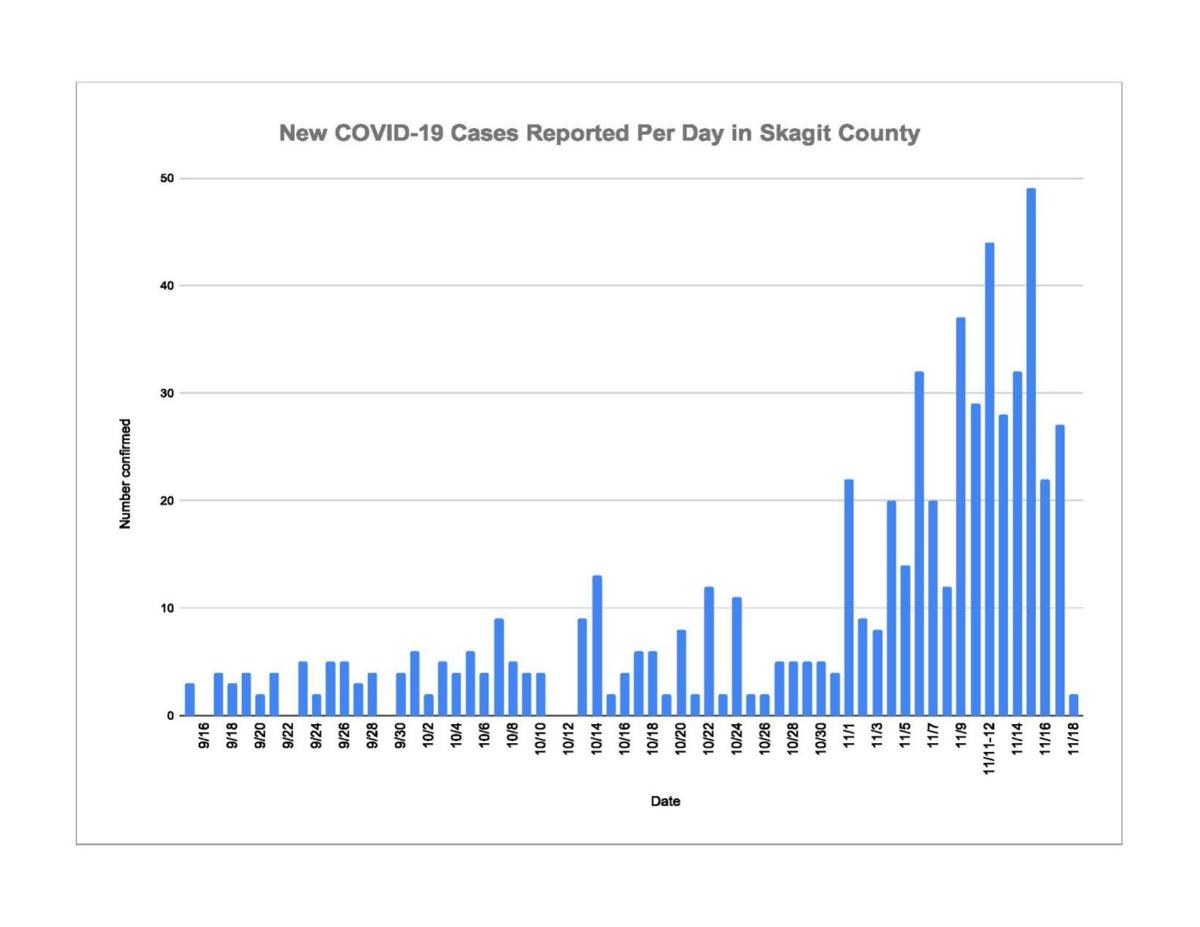 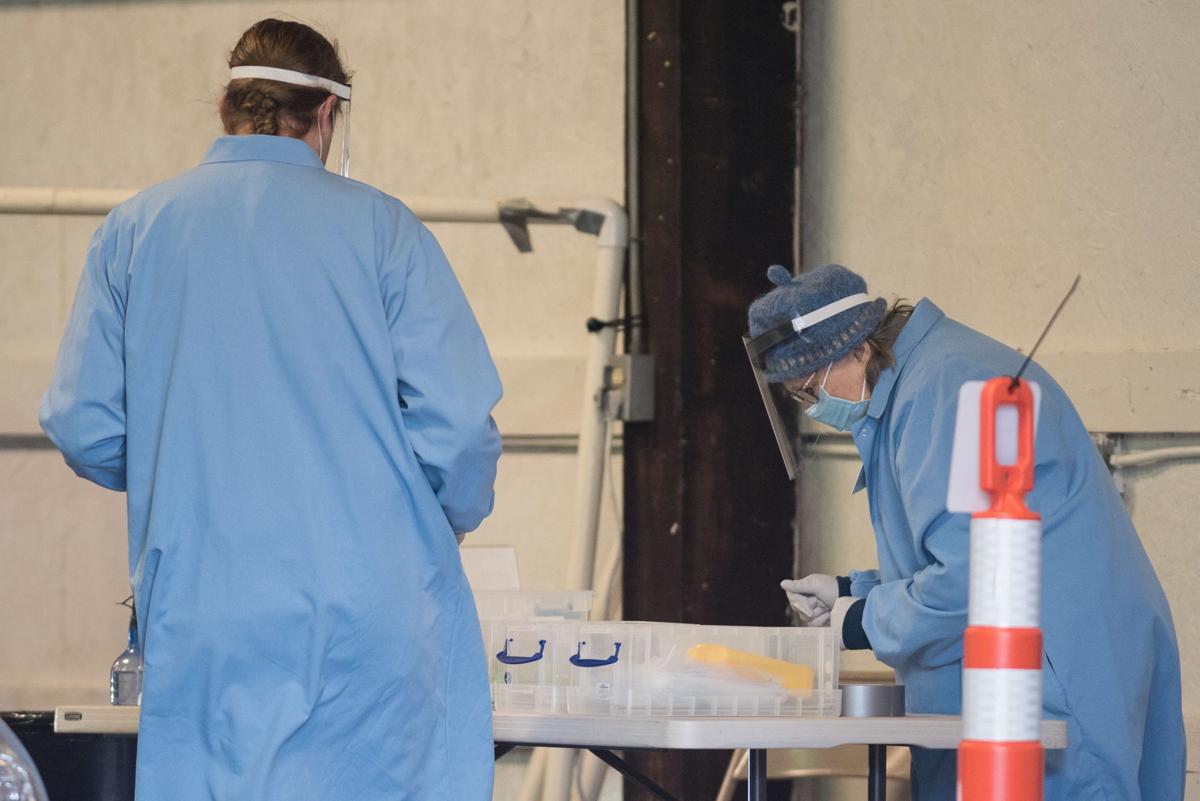 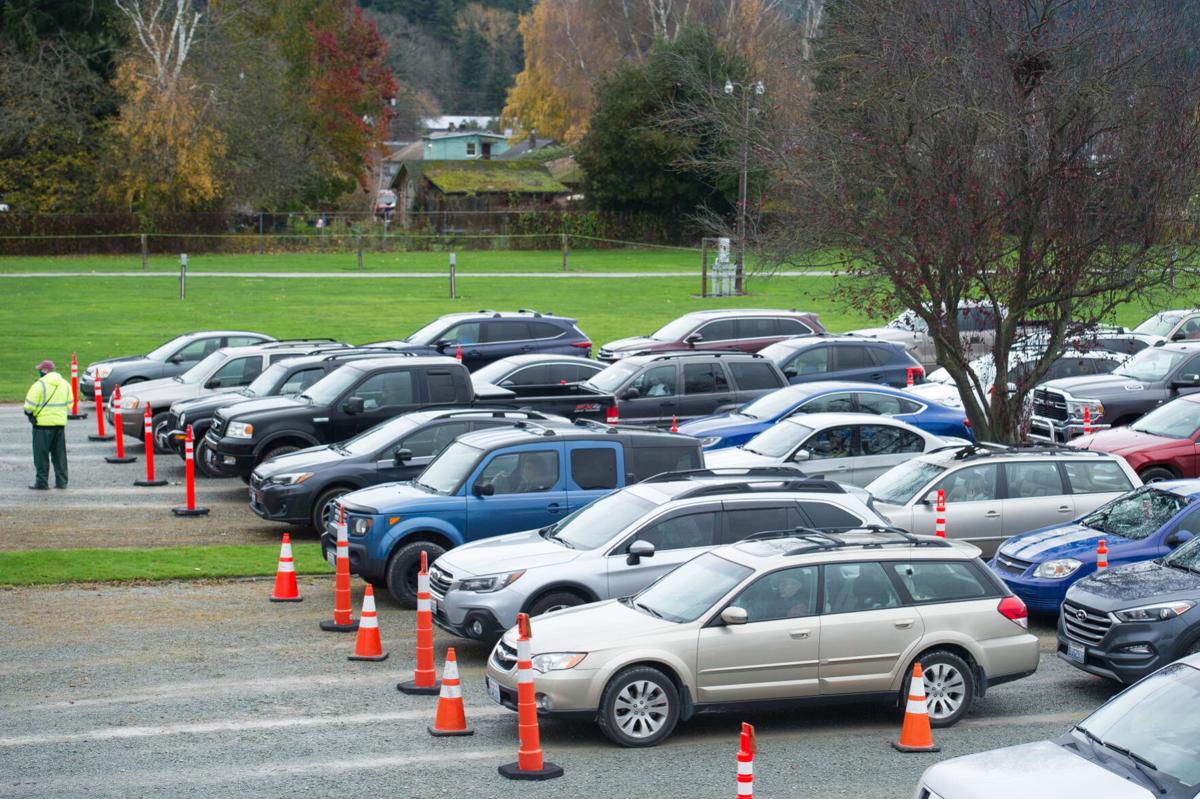 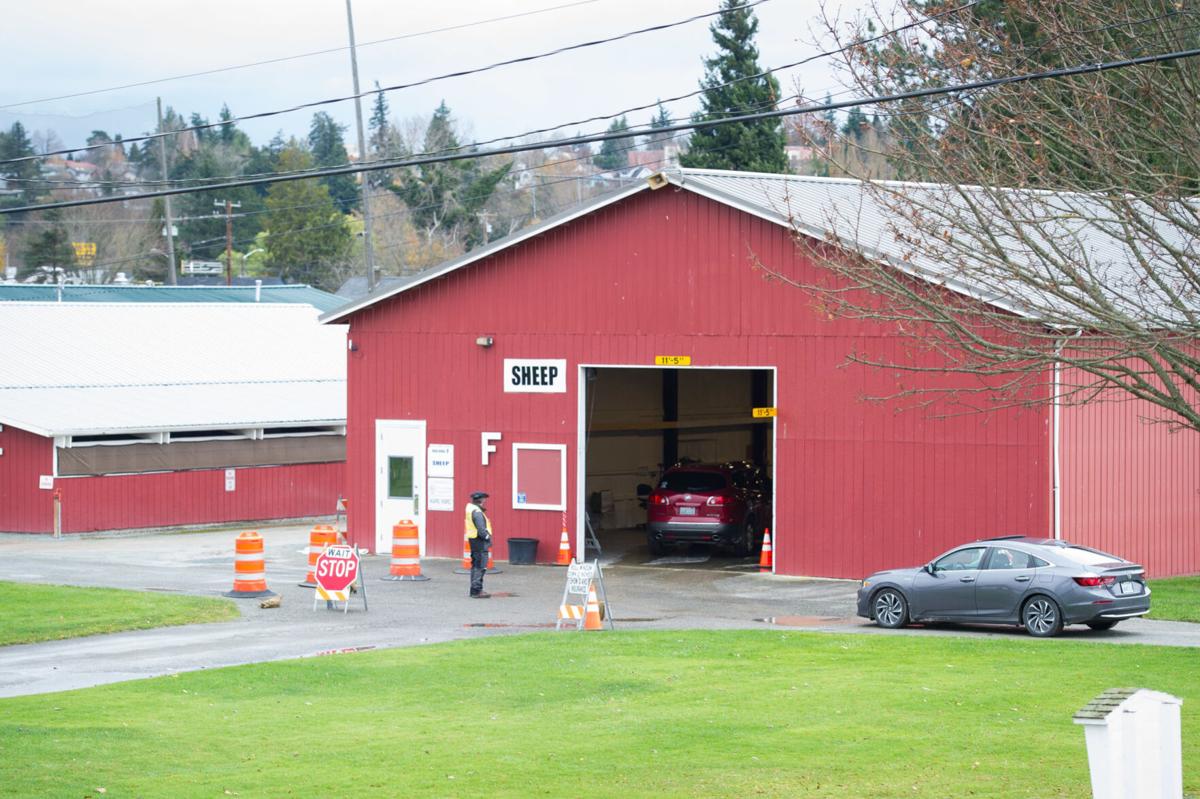 People drive their cars through a barn to get COVID-19 tests Wednesday at the Skagit County Fairgrounds. 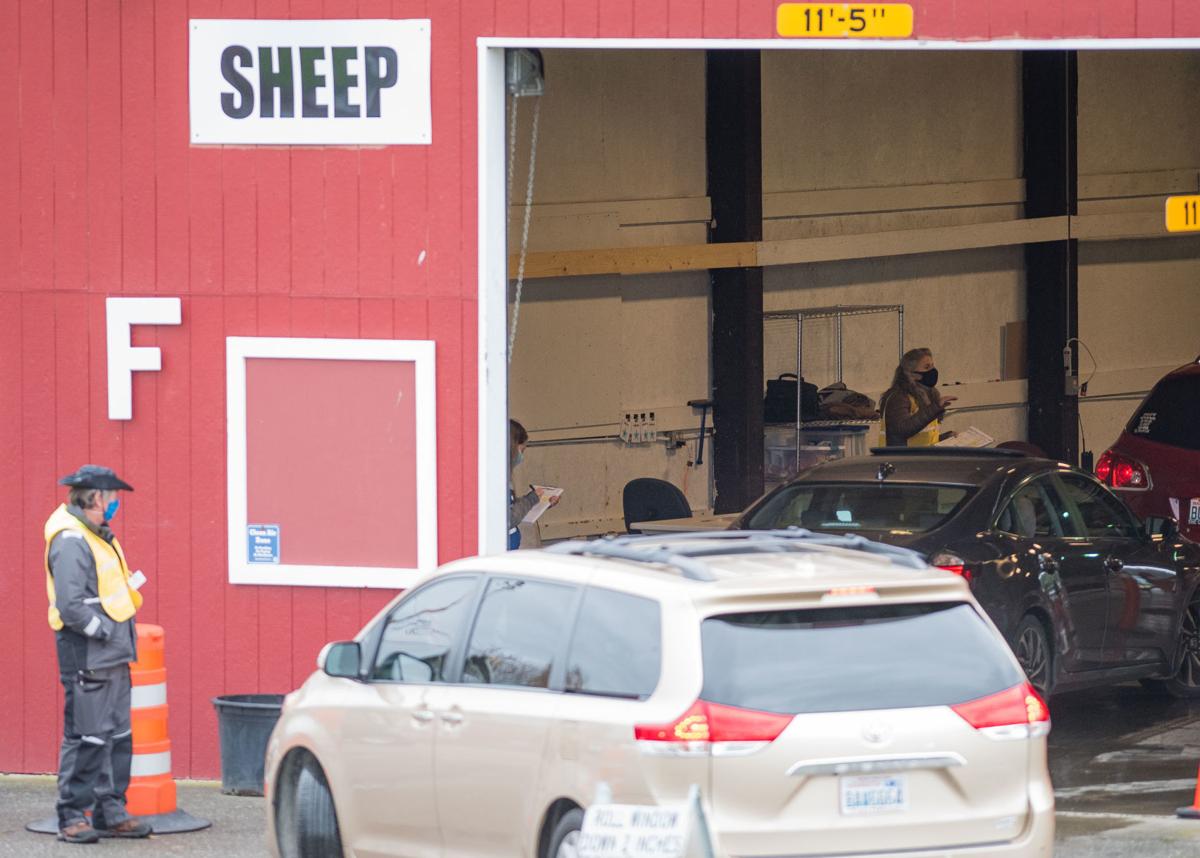 People drive their cars through a barn Wednesday to get COVID-19 tests at the Skagit County Fairgrounds in Mount Vernon.

People drive their cars through a barn to get COVID-19 tests Wednesday at the Skagit County Fairgrounds.

People drive their cars through a barn Wednesday to get COVID-19 tests at the Skagit County Fairgrounds in Mount Vernon.

The county operated a testing site at Skagit Valley College since April, but relocated to the fairgrounds because of weather. High winds repeatedly lifted tents at at the college, damaging equipment and putting staff and volunteers at risk, said county spokesperson Laura Han said.

Julie de Losada, public health analyst and testing site manager, said the new site is an improvement. Registration and testing are done inside a barn, which offers heat and shelter from the wind.

"We were literally chasing (paperwork) around the parking lot," she said of the college site. "Morale is up because people are feeling more comfortable."

Doors are kept open on both ends of the barn, allowing cars to drive through two lanes of testing, de Losada said. Staff also installed carbon monoxide detectors and fans to protect staff.

Han said those seeking testing should use the address 501 Taylor St., Mount Vernon, to get proper directions. Searching Google Maps for the fairgrounds doesn't provide the right address, she said.

Testing is available 10 a.m. to 4 p.m. Mondays, Wednesdays and Fridays, and noon to 7 p.m Tuesdays and Thursdays

Wait times Wednesday hit about four hours, and staff had to turn people away at 2 p.m. to ensure they could test everyone who was already in line, Han said.

At 8:30 a.m., an hour and a half before the site opened, 15 cars were waiting in line, according to county Public Health Director Jennifer Johnson.

With demand for COVID-19 tests increasing, Johnson said those who don't have symptoms should not seek testing.

“We need to make sure we have testing available for those who need it most,” she said.

A negative test is not a guarantee a person doesn't have COVID-19, and people should not use it justify indoor gatherings, including those on Thanksgiving, she said.

"We don't want people to use the testing site to justify their risky decisions," Han said.

Johnson said moving the testing site to county-owned property has cut administrative costs, but with federal CARES Act assistance set to run out at the end of the month, the site has enough funding to last only through December.

Should it not be able to offer such testing, the county won't be able to quickly identify and quarantine those with COVID-19, possibly giving them more opportunities to spread the virus, Johnson said.

As of Wednesday evening, Skagit County had recorded 1,672 cases of COVID-19 since the pandemic began, an increase of two over the previous day, including 120 who have been hospitalized at some point and 26 who have died.