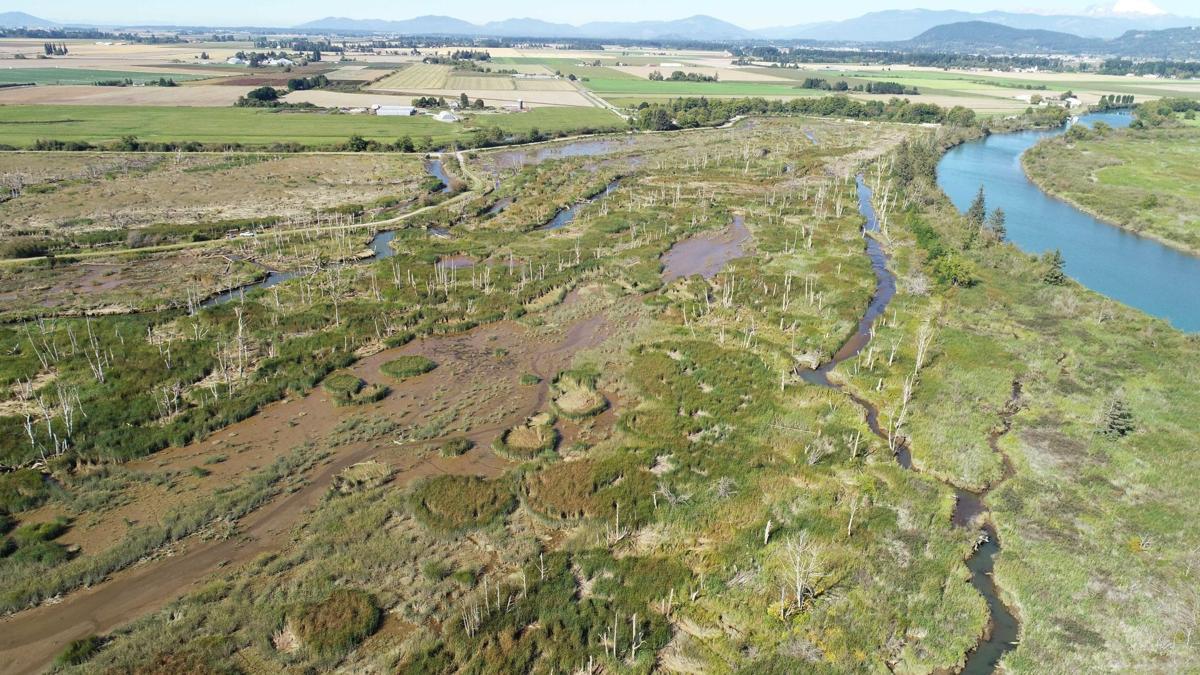 A drone took this photo of the Skagit Wildlife Area Headquarters Unit property along the south fork of the Skagit River from a height of about 400 feet. 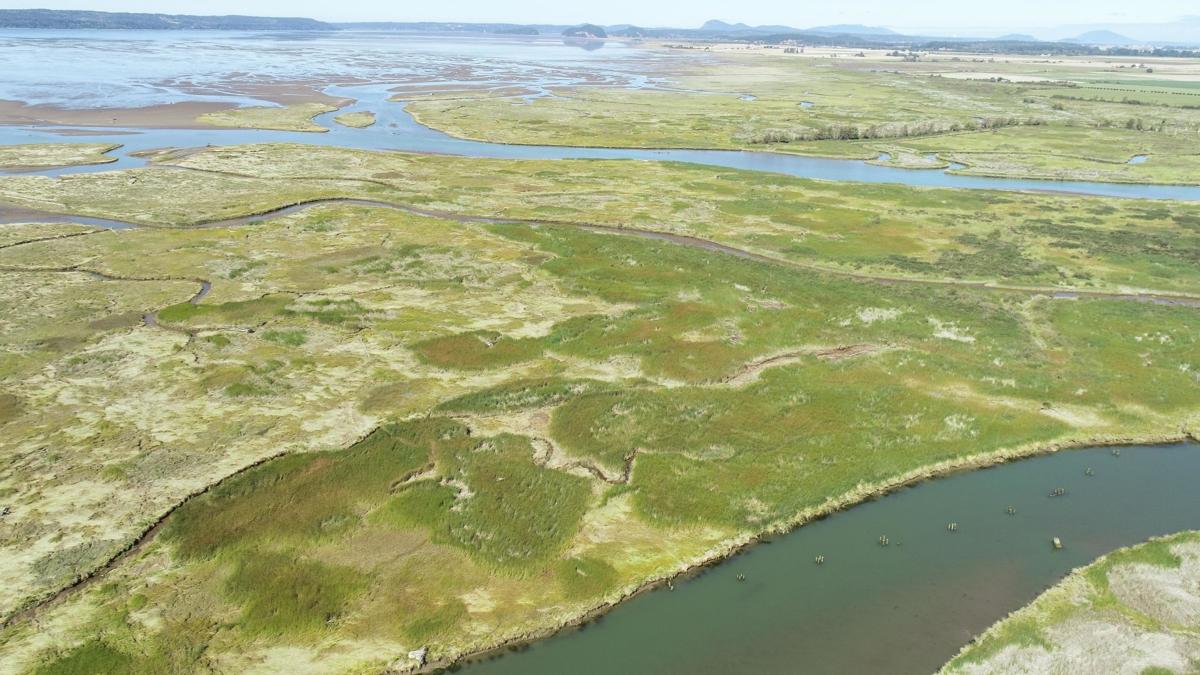 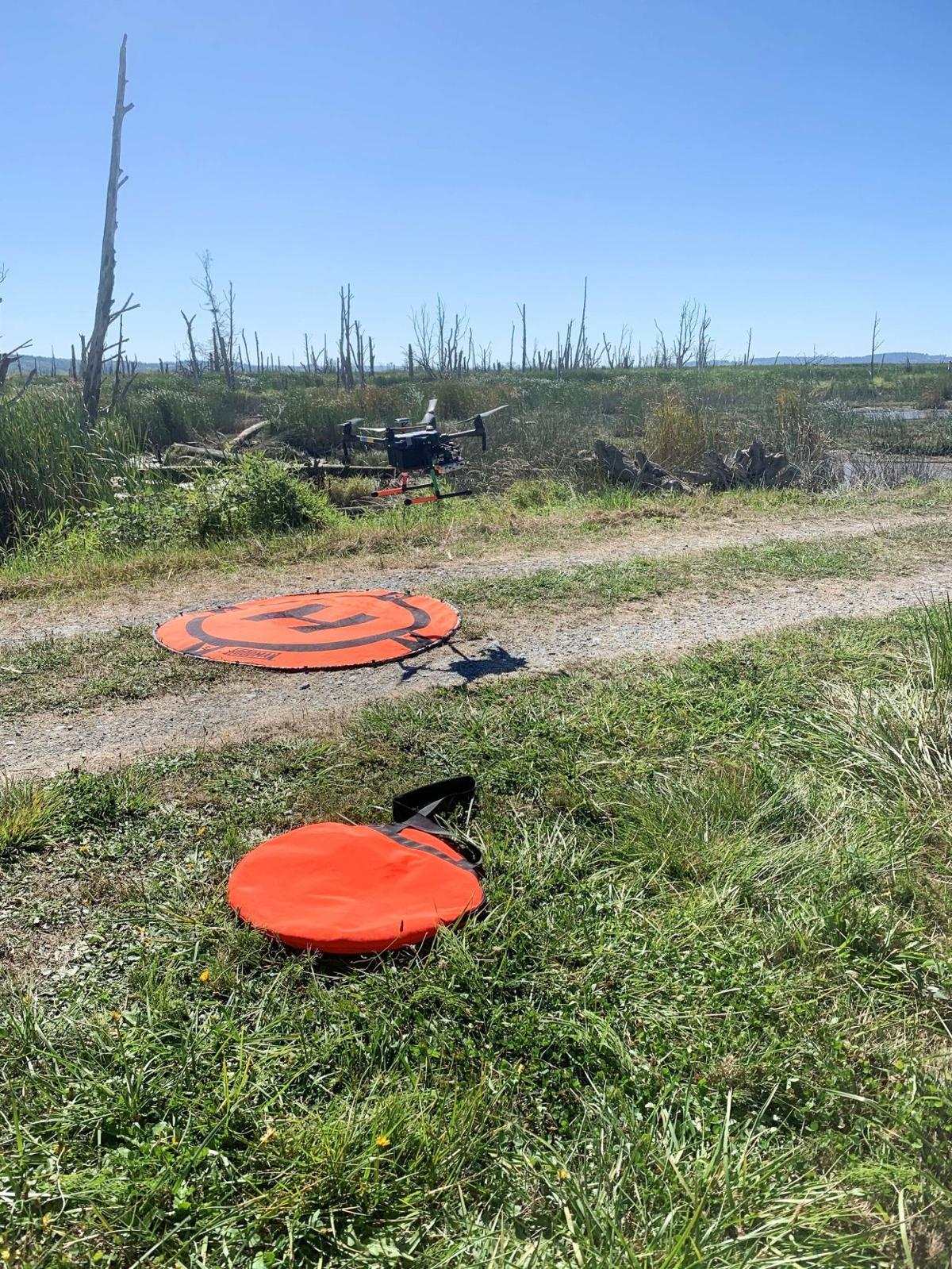 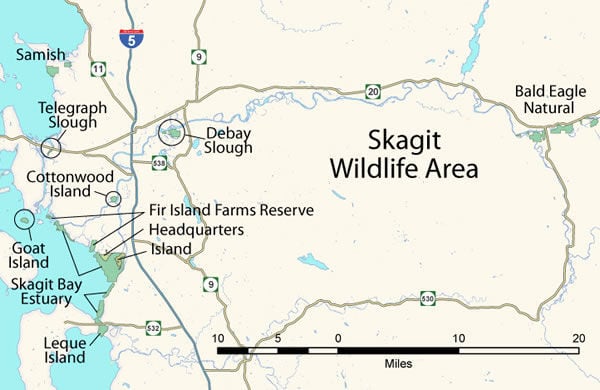 A drone took this photo of the Skagit Wildlife Area Headquarters Unit property along the south fork of the Skagit River from a height of about 400 feet.

FIR ISLAND — The buzz of dragonflies on the south fork marsh of the Skagit River Delta was temporarily replaced last week by the whine of a drone.

Biologists with the state Department of Fish & Wildlife used a drone Aug. 31 to Sept. 3 to assess habitat conditions on Skagit Wildlife Area land, collecting imagery of about 1,200 acres of tidal marsh habitat.

The drone followed an automated, pre-plotted flight plan from a height of about 400 feet. The primary objective of the survey was to document invasive narrow-leaf cattails.

Biologist Daniel Zimmerman said the narrow-leaf cattails are a growing problem in the Skagit Wildlife Area.

“Those will eventually not only choke out all the native cattails but will affect other emerging native species,” he said. “For instance, waterfowl food, salmon habitat, all that kind of stuff will be affected.”

Skagit County Noxious Weed Control Board Coordinator Joseph Shea said while cattails are not a focus of his work, he understands the reason for concern.

“Some people might not mind it, but that’s how a lot of noxious weeds are,” he said. “Someone who is not using the specific land for a specific land use may not be bothered by it. But if you are trying to rehabilitate native species and things of that nature, then it definitely becomes a concern.”

Zimmerman said for the size of the survey area, that was quite a large amount.

“It is hybridizing with the native cattails and is, as of right now, pretty much outcompeting a lot of the native vegetation,” he said. “Hopefully the use of the drone will be able to give us a better idea of what we are dealing with.”

When the invasive cattail crossbreeds with the native cattail, it creates a bigger, more invasive and dense species. In some areas, the cattails are 13 feet tall and tightly packed, making it nearly impossible to penetrate by foot.

The height of the cattails blocks off open water from waterfowl. And no open water means no place to forage.

“That’s a big thing right now,” Zimmerman said. “This is all on the marsh plain, and if you get these channels suddenly blocked — it’s like a picket fence. There is no area for those young salmon to get out onto the marsh plain.”

The density in which the invasive cattails grow has been an advantage to those conducting the drone survey as they are easily identified from above.

“The drone allows us to get a really good aerial view, much better than we normally would, and the quality is good enough to differentiate the native cattails from the non-native,” Zimmerman said.

“Now we will be able to show people exactly what is going on, rather than it simply being word of mouth,” Zimmerman said. “We will have visual evidence of, yes, this is working.”

Zimmerman doesn’t expect to see the fruits of his labor for at least a month, adding he hopes to have an updated plan for fighting the invasive species in place by next spring.

Currently, herbicides are used to control the spread of the cattails. Herbicides are more effective than large-scale mowing, which is difficult due to terrain and the fact the invasive cattails tend to grow back.

The goal is more native cattails and fewer of the non-native ones.

“Hopefully, once we get more open water, more of that native vegetation, it will really do a lot more for the waterfowl, fish, shorebirds — all that good stuff,” Zimmerman said. “Hopefully we can get it back to its original ecosystem.”