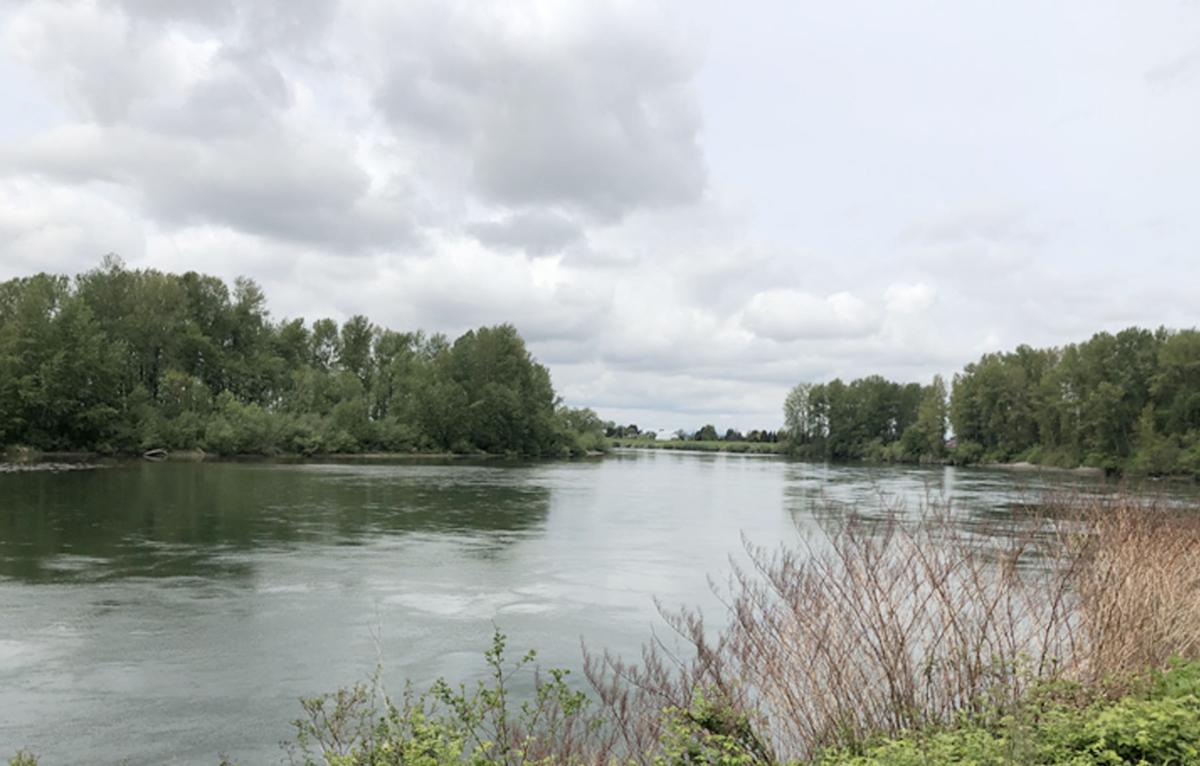 About 47% of Skagit County is experiencing abnormally dry conditions due to lower than normal rainfall. 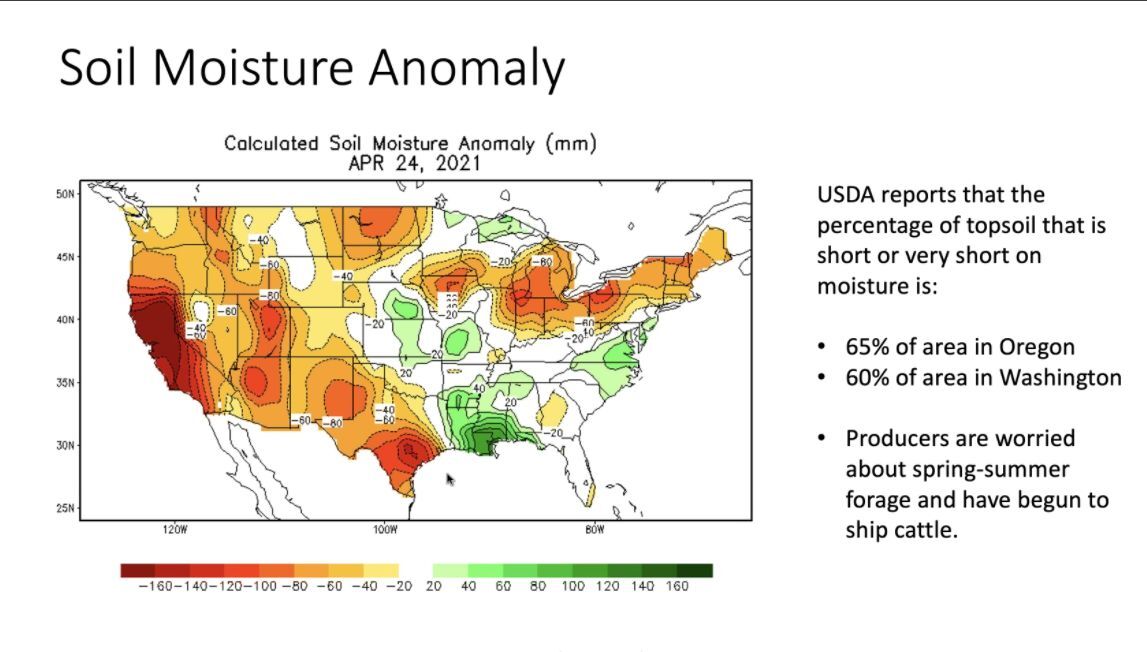 Along with low rainfall, soil moisture is below normal levels in Skagit County and throughout the West.

About 47% of Skagit County is experiencing abnormally dry conditions due to lower than normal rainfall.

Along with low rainfall, soil moisture is below normal levels in Skagit County and throughout the West.

Despite a healthy amount of snowfall in the North Cascades over the winter and some recent rain, west Skagit County and surrounding areas slid last week into the “abnormally dry” drought category.

“We’ve had some unseasonably dry weather. ... We’ve seen an intensification of dryness since February, and particularly in the past 60 days,” Kelsey Jencso of the Montana Climate Office said during a Pacific Northwest regional drought discussion Monday. “It is shaping up to be a pretty dry spring.”

Washington state experienced the 11th driest March since data collection began 126 years ago, according to data Jencso shared from NOAA’s National Centers for Environmental Information. During the past 30 days, from late March to April 25, Skagit County saw 50% to 70% less precipitation than normal.

Ryan Lucas of NOAA’s Northwest River Forecast Center said during the regional drought meeting that low precipitation is forecast to continue through July. He also said that despite the recent rain and additional rain in the short-term forecast, rainfall isn’t keeping pace with normal levels.

“Although there’s precipitation in our forecast over the next 10 days, it’s still less than what we would consider normal for this time of year,” Lucas said.

While snowpack is in good shape — 131% of normal statewide, 119% of normal in north Puget Sound, and 118% of normal in the Skagit River watershed as of April 1 — less rain that normal could impact streamflows and water quality, particularly over the summer.

“If we continue to have low precipitation, then those rain-driven streams are going to start dying up more, faster, and any contaminants that come into them — which we already have some problems with in the county — are going to become worse because of the lack of dilution,” Pattee said.

As of the April 1 publication of the Natural Resource Conservation Service’s monthly Washington Water Supply Outlook Report, to which Pattee contributes, the Skagit River was forecast to maintain normal streamflows through September.

Because that forecast is based on snowpack and rainfall, that outlook could change.

“Our streamflow forecasts could be affected by a lack of summer or spring rains,” Pattee said.

That could be problematic for area agriculture.

“Down here in the valley ... if we have a very dry summer that could definitely affect crops like corn, potatoes, even grass for the dairies,” Pattee said.

Data shared during the regional meeting shows that already soil moisture in Skagit County and surrounding areas is 20% to 40% less than normal.

Still, when it comes to soil moisture, snowpack and rainfall, Northwest Washington is in better shape than much of the Pacific Northwest.

Much of Washington, Oregon and Idaho are already experiencing moderate, severe and even extreme levels of drought conditions, according to the U.S. Drought Monitor, which is overseen by the U.S. Department of Agriculture.