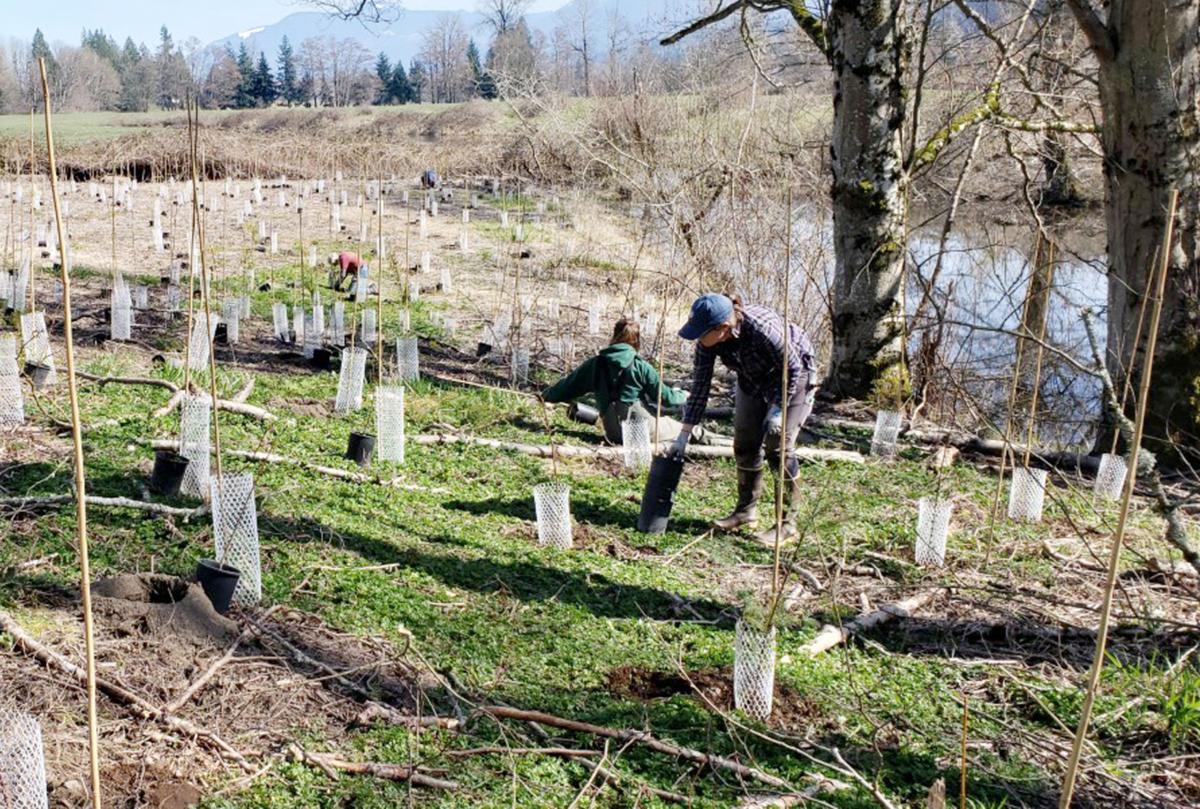 Skagit Fisheries Enhancement Group staff planted trees at Sedro-Woolley’s Riverfront Park in March without the usual help of volunteers due to the COVID-19 pandemic. 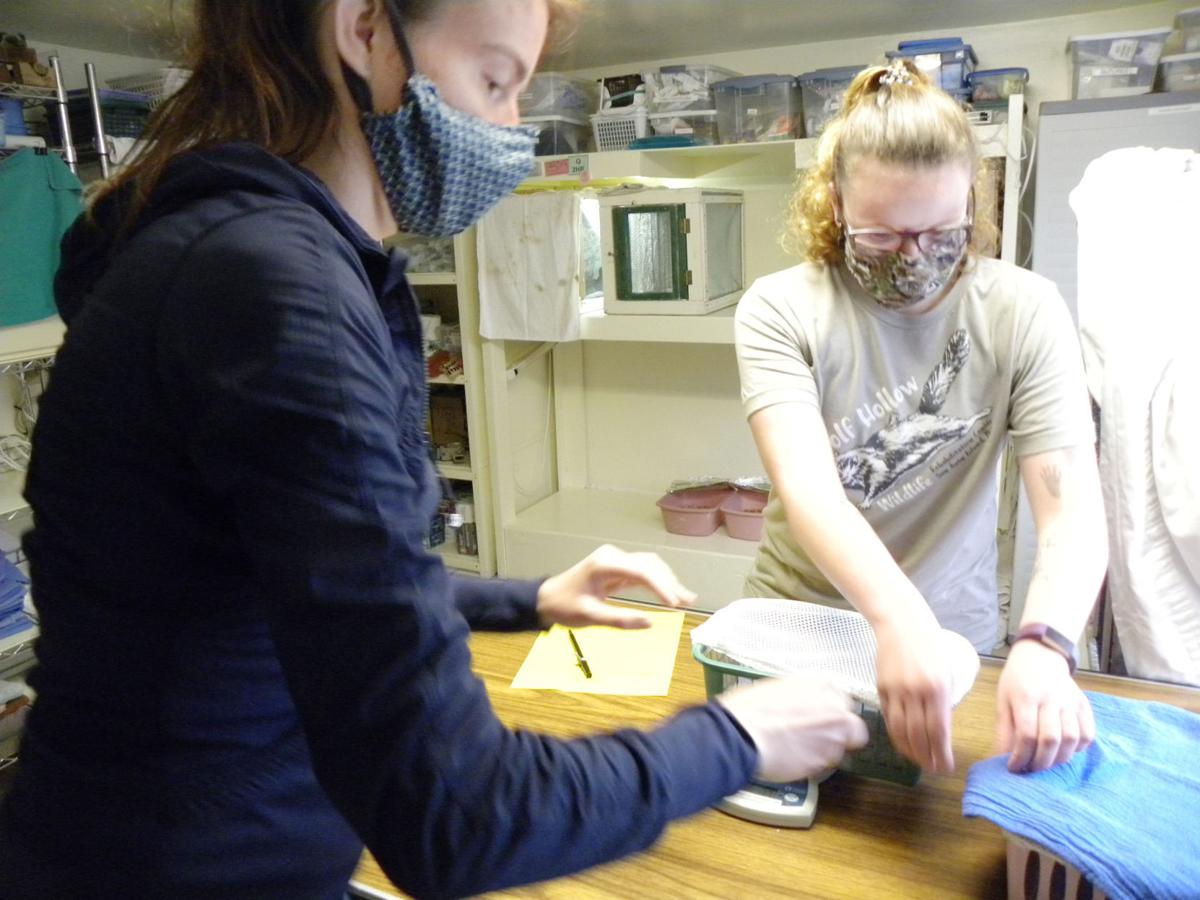 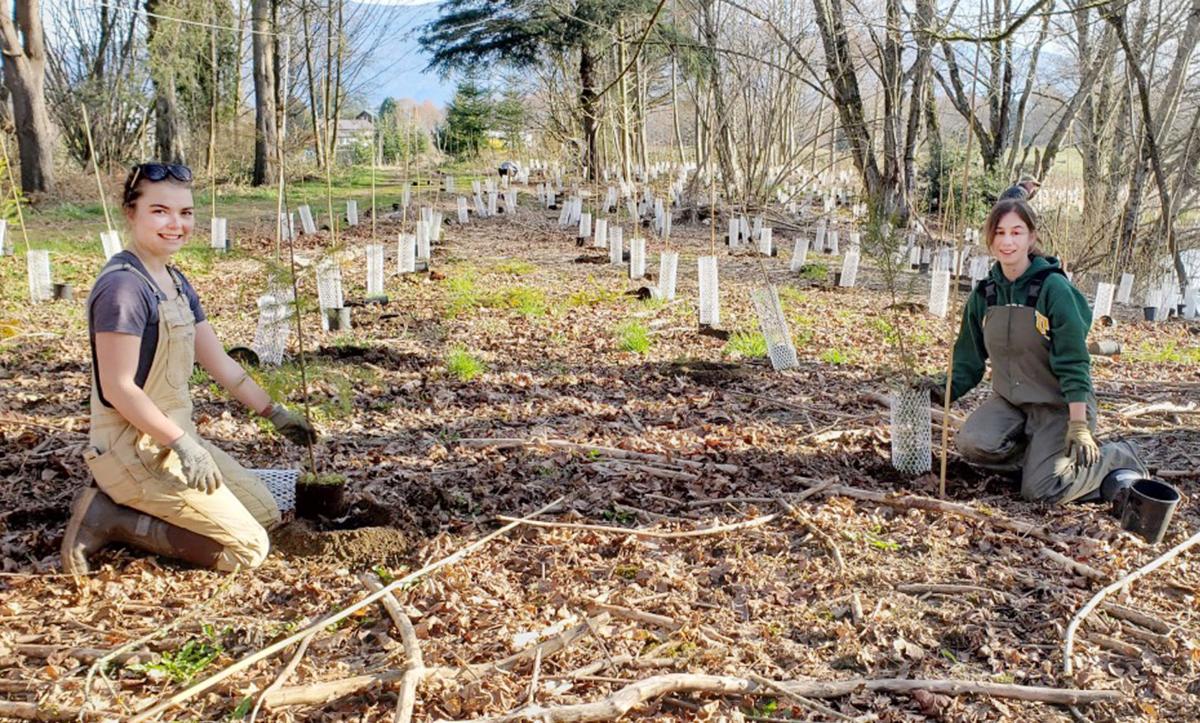 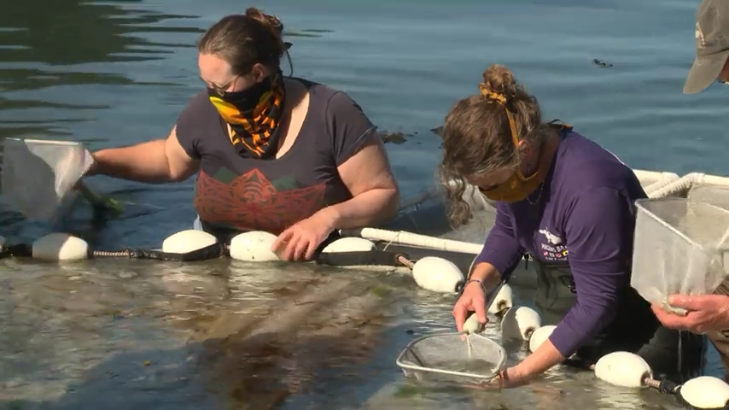 Skagit Fisheries Enhancement Group staff planted trees at Sedro-Woolley’s Riverfront Park in March without the usual help of volunteers due to the COVID-19 pandemic.

For environmental nonprofits, the COVID-19 pandemic has meant a shift to digital education and outreach efforts, while many of their programs and staff field work have been put on hold.

“For Skagit County environmental nonprofit groups, the year 2020 will go down as the year of the big pivot,” Friends of Skagit Beaches President Tim Gohrke said.

These are groups used to breathing in the scent of sun-warmed woods, algae-laden beaches and moss-draped streams, often with groups of volunteers or youths in tow.

With students out of school and just about everyone asked to stay home for the sake of public health, most have had to set aside their boots and take on a different kind of adventure: “Entering the virtual landscape,” Friends of the Forest Executive Director Asa Deane said.

“It’s kind of a cruel irony right now because people are wanting to be outside and going hiking,” he said.

Many environmental groups are adapting by moving staff and board meetings — as well as educational materials and events — online.

“The job of learning about the environment we live in and trying to protect or improve it remains. We are adopting new techniques,” said Gohrke, whose group has been among those turning to video platforms including Zoom and Vimeo to try to reach community members.

Friends of Skagit Beaches’ annual winter lecture series was canceled after the first of four was held. A video series was launched in April to help make up for it.

But not everything can make the digital migration, including the annual Fidalgo Bay Day event in August that Friends of Skagit Beaches coordinates with Skagit County. The event — like many other summer activities — has been canceled.

Skagit Audubon Society President Jeff Osmundson said despite its bird watching events and well-attended board meetings being canceled, the organization is working to keep its members connected.

Program Chair Carla Helm said Skagit Audubon is gearing up for its first Zoom meeting, to be held June 9 and includes a University of Washington researcher’s presentation on penguins.

Youth programs in the area are adjusting, too. The new environmental education group The Salish Sea School moved its recently launched “Students and a Scientist” lecture series online.

“We are pivoting as necessary to put out resources to the community during these times,” founder Amy Eberling said.

The pandemic has also affected internships and seasonal staff positions.

Some have been canceled, some cut short, and in others those staffers are spending their days behind computer screens instead of getting the outdoor experiences they had expected.

“Everyone is working from home, which is obviously a strain for a group used to having a significant portion of our work done outside or with other people,” Skagit Fisheries Enhancement Group Executive Director Alison Studley said.

Working from home has also affected data collection efforts for organizations including Skagit Fisheries. Efforts to monitor fish near Concrete and trees in Anacortes are among those on hold.

“We have some studies that were supposed to start this month and we haven’t figured out how to do it safely yet, so we’re not going to do anything,” Transition Fidalgo & Friends volunteer coordinator Jack Hartt said.

The group’s Fidalgo Forest Stewards track tree health in the Anacortes Community Forest Lands, but that requires teams of about five. The group had expected to continue work this year on documenting how western red cedars, a recent burn site, and overall forest health are doing.

“We might not do some of the studies we had hoped we would be doing every year, but safety takes precedence,” Hartt said.

At least one organization’s work simply can’t go digital at all. Wolf Hollow Wildlife Rehabilitation Center on San Juan Island nurses injured wildlife back to health, something that is a round-the-clock endeavor.

“We have a lot of baby birds we get this time of year that need a lot of care. At this stage some of them get fed every 15 minutes, some every 30 minutes,” Executive Director Chanda Stone said. “We get hummingbirds and juncos and house finches and swallows.”

The number of animals being delivered to the center doubled in May, a time many animals are born. Saving those tiny lives requires staff working in close proximity, so staff now use fabric masks to protect themselves.

Researchers doing work for Kwiaht: Center for the Historical Ecology of the Salish Sea have adopted face masks, too.

The nonprofit based in San Juan County is continuing its long-term salmon monitoring and is doing some newer work, after getting authorization from some state agencies, Kwiaht Director Russel Barsh said.

“Currently, we are doing about 75% of the field research we’d planned, and we have had to do a lot of paperwork and adjusting (of) our operations,” he said.

In some cases where face time and field time have been diminished for environmental nonprofits, there is a silver lining. Digital methods of convening may be reaching even more participants.

“We had a really successful webinar in April that was part of our speaker series we were planning on doing this year with various experts in the field, or amateur experts, talking about nature and the forest,” Deane of Friends of the Forest said. “There were about 70 or so actually watching it ... maybe even more than we would have gotten in person.”

Being home has also freed up time to do work that is often put on the back burner while field work is being done.

“One good thing about working from home is it’s given us a lot of time to look at data and work on some data reports we can get out soon,” Northwest Straits Foundation Marine Programs Manager Jason Morgan said during a Skagit Marine Resources Committee meeting. “We still have plenty of work that can be done at our desks.”

Several organizations said the focus on digital offerings where possible is fostering creativity. It’s generating new ideas and new resources for when life returns to normal.

“While we’ve had to pivot and redirect much of our work, we’re starting to get back into a groove of working in a different way,” RE Sources for Sustainable Communities Executive Director Shannon Wright said. “We remain committed to our work to protect the people and the places we all hold dear.”

As of Monday, Skagit County had confirmed 438 cases of COVID-19, including 51 who are hospitalized or have been hospitalized and 15 who have died.

A total of 294 people have recovered from the disease.