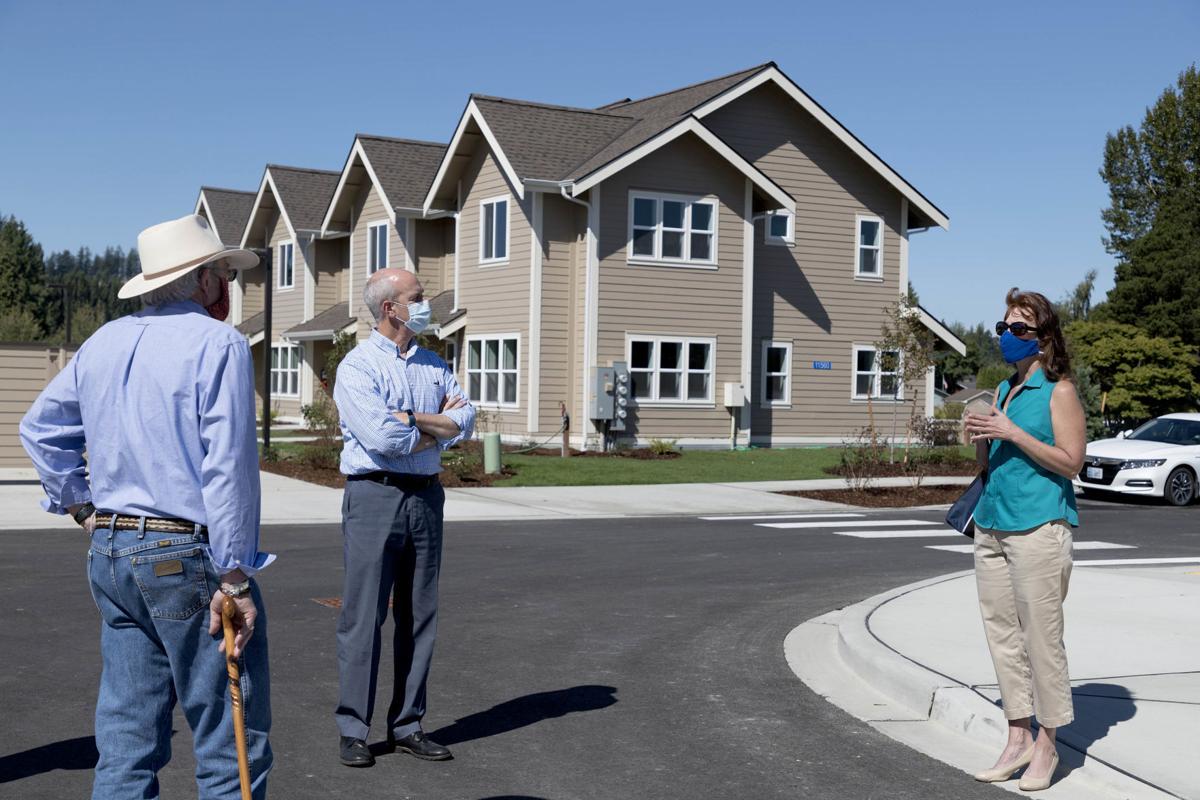 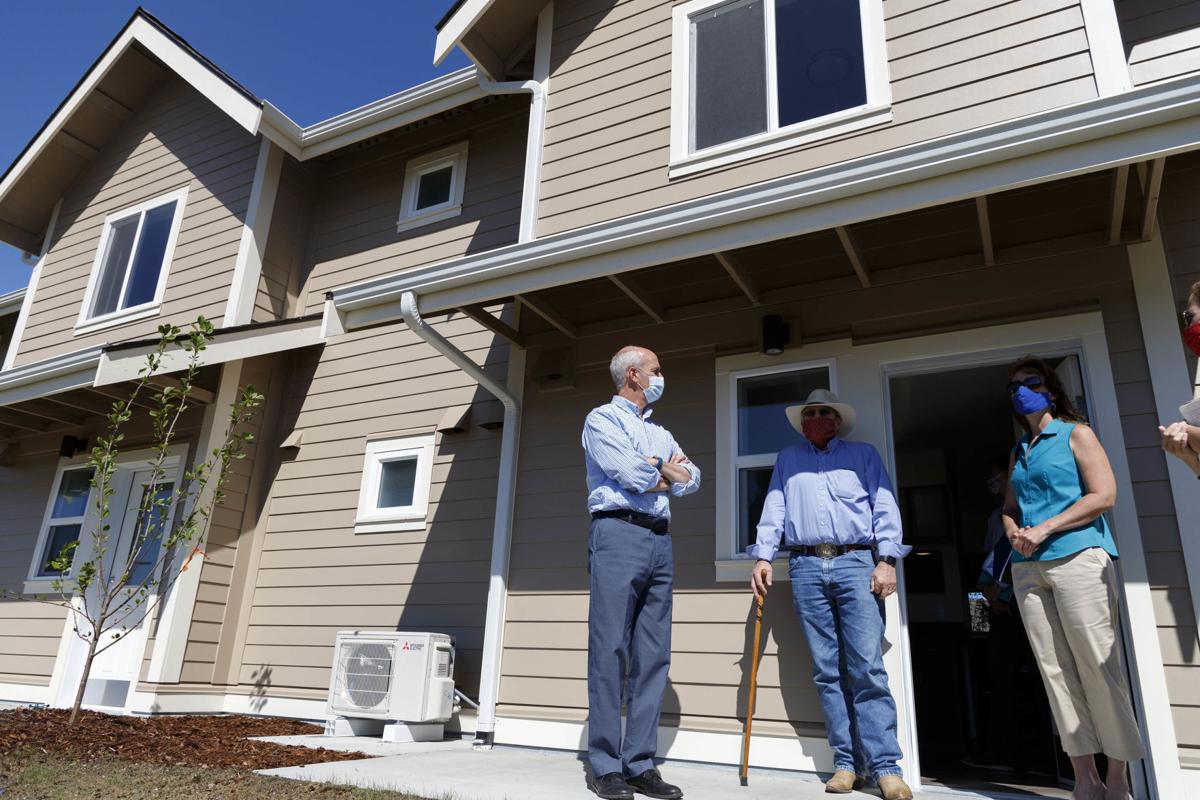 U.S. Rep. Rick Larsen (left) chats Friday with Housing Authority of Skagit County Board Chair Bruce Lisser and Executive Director Melanie Corey on the back patio of an apartment that is part of a 14-unit development for seasonal farmworkers.

U.S. Rep. Rick Larsen (left) chats Friday with Housing Authority of Skagit County Board Chair Bruce Lisser and Executive Director Melanie Corey on the back patio of an apartment that is part of a 14-unit development for seasonal farmworkers.

Work is wrapping up on a seasonal farmworker housing development east of Burlington, a project nine years in the making.

The 14 two-bedroom units should be ready by late this year or early next year, said Melanie Corey, executive director of the Housing Authority of Skagit County.

She said the units will specifically accommodate farmworkers and their families who come to the area seasonally to pick crops.

The development, called Skagit County Seasonal Farmworker Housing, is near the housing authority’s 80-unit Raspberry Ridge neighborhood, which provides housing to farmworkers on a year-round basis.

“This is the first seasonal farmworker housing that is owned by a public agency in Skagit County,” Corey said on the tour. “This is intended to replace on-farm housing that is aging or has been shut down.”

Farmworkers will pay a nightly rate to rent a bed, and there will be a separate rate for families. Up to eight unrelated farmworkers — or a family group — can stay in each unit.

The rent will be affordable to farmworkers earning 50% or less of the area median income, and USDA Rural Development funds will provide ongoing rental assistance to ensure the units remain affordable, Corey said.

She said the bedrooms are larger than normal and can accommodate three or four people.

Corey said due to a lack of affordable housing in Skagit County, overcrowding has been an issue. The COVID-19 pandemic has brought additional challenges.

She said since the pandemic began, the housing authority has seen a substantial increase in requests from farmworkers for assistance, and had heard reports of farmworkers who have become homeless.

“There has never been enough housing for the farmworker community that comes and goes,” Corey said.

Additional units for farmworkers are planned in the future.

“Part of ensuring that federal dollars are there is to explain to the other members (of Congress) that USDA funds aren’t just about wheat, barley and oats, but supporting living in rural areas,” Larsen said. “I’ve toured a lot of publicly backed housing and this is quality housing.”