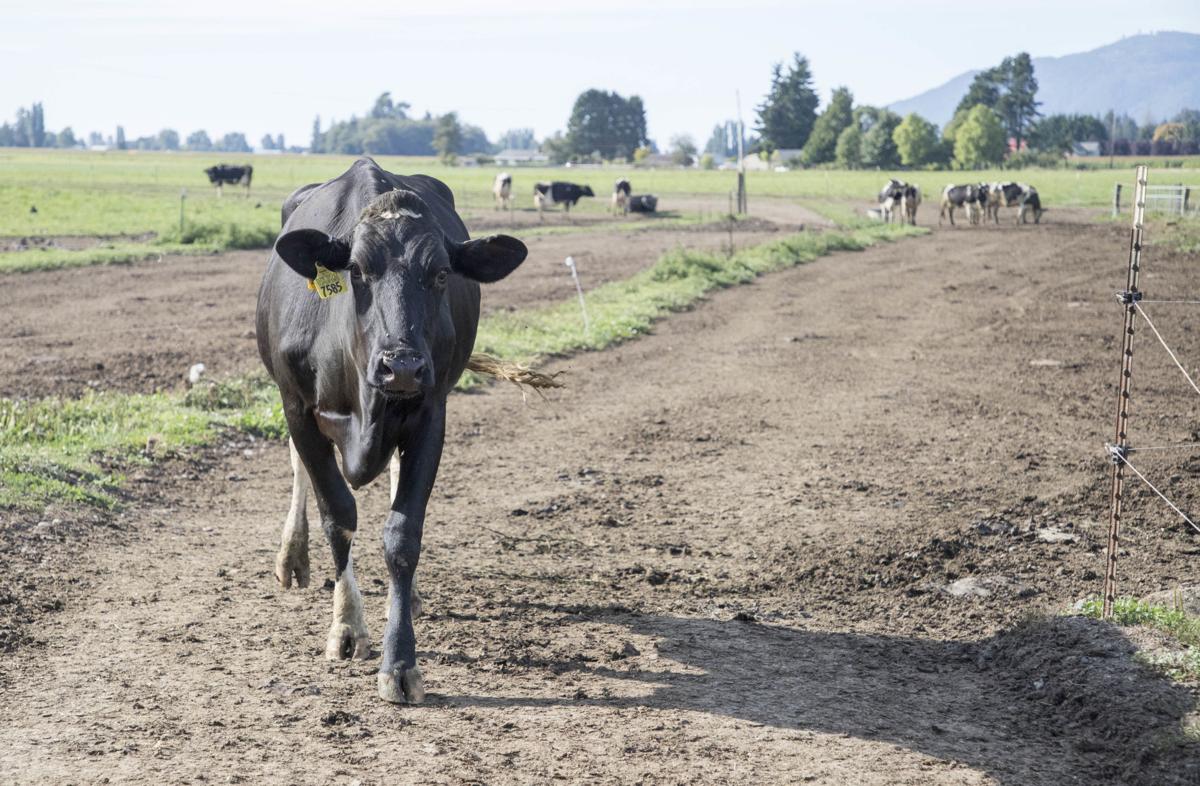 The Skagit Conservation District works with farms, such as Wesen Organic Dairy in Bow, pictured here in August, to help them manage manure and protect natural resources. 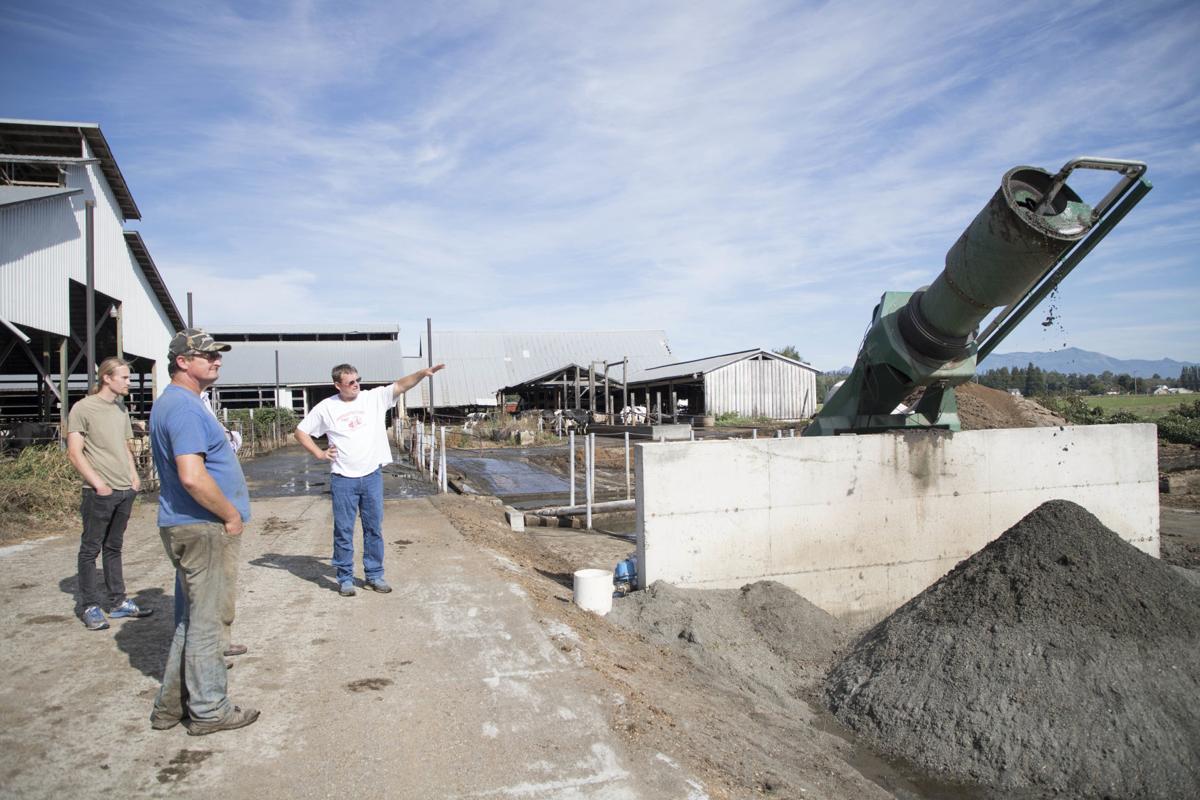 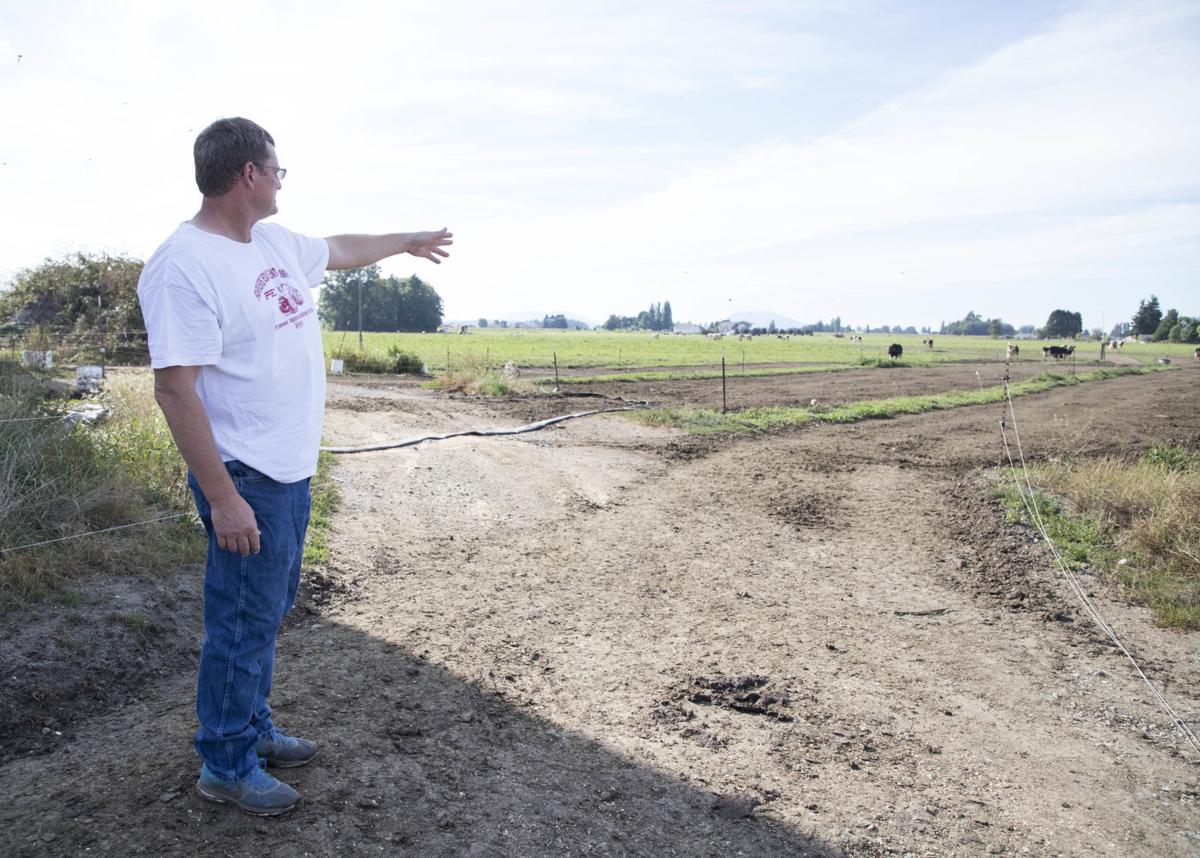 Mark Wesen points to the area where the organic dairy hopes to install a concrete walkway or "cow sidewalk" for the animals to walk across to get to the pasture. 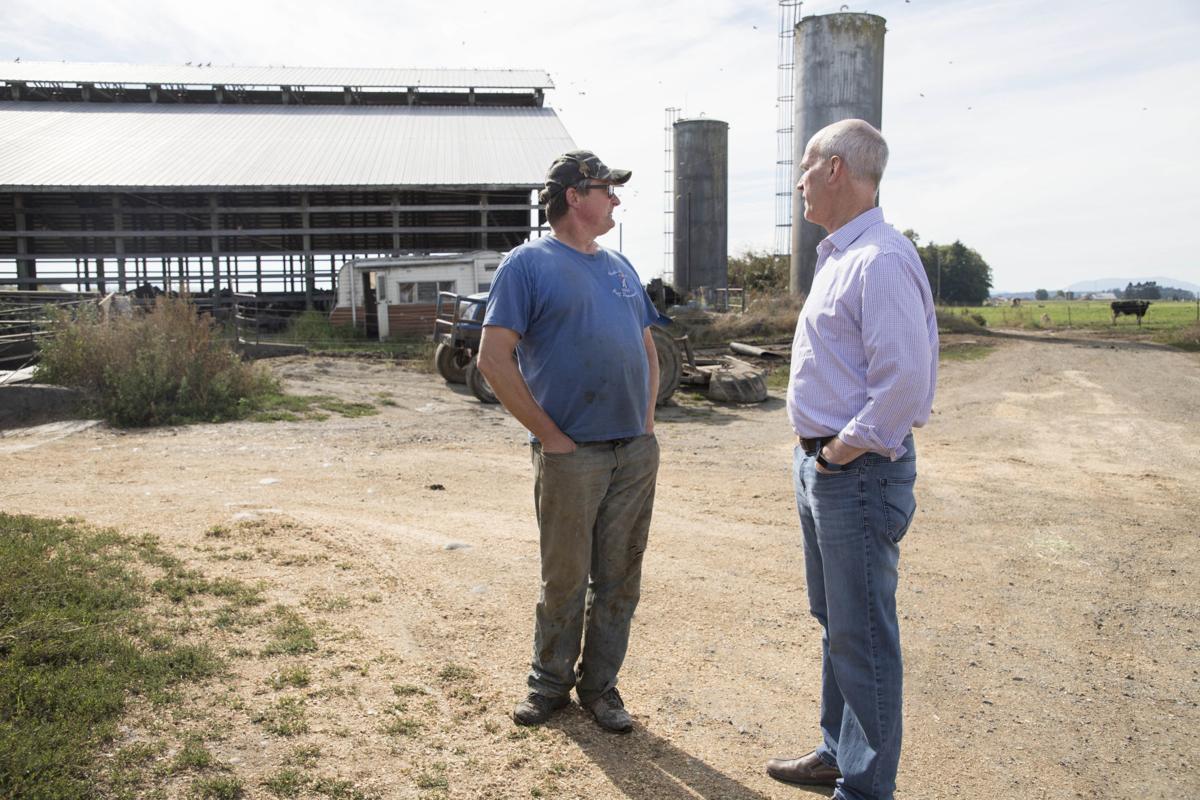 The Skagit Conservation District works with farms, such as Wesen Organic Dairy in Bow, pictured here in August, to help them manage manure and protect natural resources.

Mark Wesen points to the area where the organic dairy hopes to install a concrete walkway or "cow sidewalk" for the animals to walk across to get to the pasture.

At Wesen Organic Dairy in Bow, Dean Wesen said the farm has plans to install a concrete walkway or “cow sidewalk” in the farm’s pasture with federal conservation dollars specifically for farmers.

When cows walk over an area and trample the grass, the pasture becomes muddy and there is more of a concern of manure runoff when it rains, Wesen said.

Manure runoff can contribute to nutrient pollution in surface and groundwater, according to the U.S. Environmental Protection Agency.

Wesen said the proposed walkway would also allow the farm to graze its cows earlier in the spring and later in the fall. For organic dairy farmers, at least 30% of their cows’ diet must come from pastures, he said.

“Even though it’s wet, (the cows) can go out to the pasture,” he said of the benefit of the project.

U.S. Rep. Rick Larsen toured the Wesen farm and two other dairies Wednesday. Larsen said the Environmental Quality Incentives Program (EQIP), authorized in the 2018 Farm Bill, is the funding source for the project. The project is waiting final approval.

The Skagit Conservation District works with farmers to help them manage natural resources on their properties. Manager Bill Blake said there is interest in using EQIP funds for irrigation efficiency, such as the installation of sprinklers to water crops.

Blake said the district relies on a combination of state and federal money to assist farmers.

In the future, Wesen said he is interested in an “energy audit,” a federal program that provides energy efficiency improvements to farms and rural businesses.

At the Wesen farm, there are other manure management projects.

Emmett Wild, the conservation district’s farm/natural resources planner, said he worked with the farm to install a “sand cannon,” equipment that separates manure from sand, which is reused for cow bedding.

A similar system at Harmony Dairy near Mount Vernon separates the liquids from solids in manure, enabling the farm to use the solids for compost, said owner Jason Vander Kooy.

Harmony Dairy and the conservation district split the cost of the $100,000 project through the district’s cost-share program, he said.