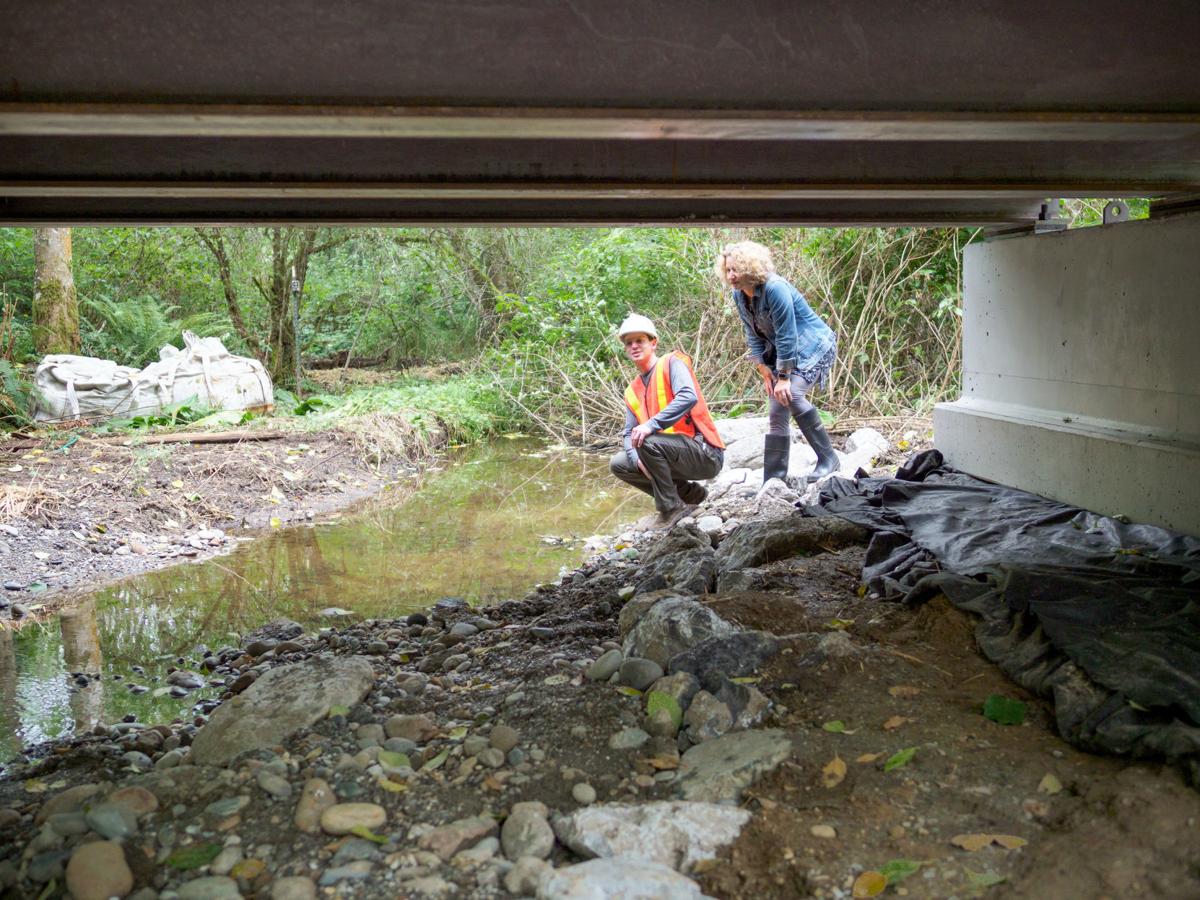 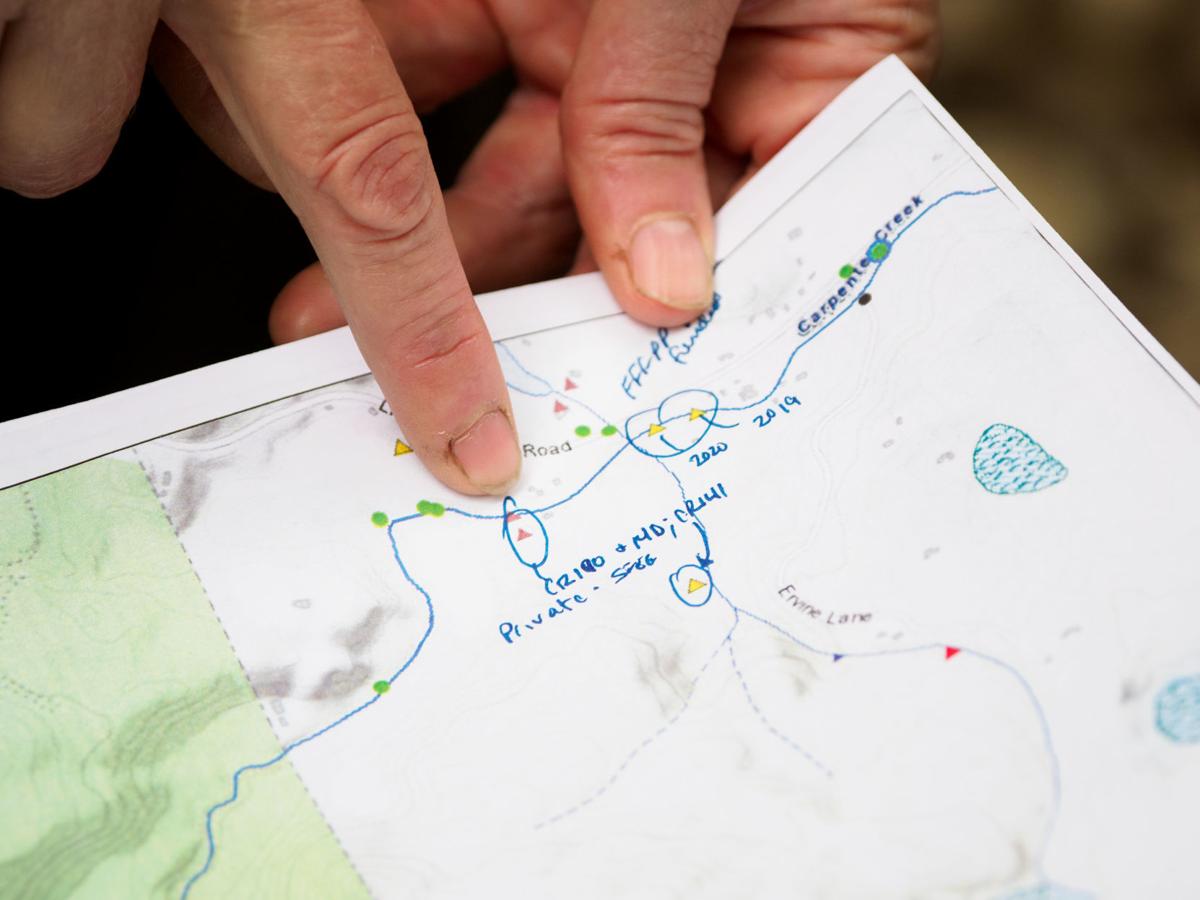 This before-and-after comparison of streamflow below a private road is similar to what is expected where Skagit Fisheries Enhancement Group is replacing culverts with a bridge on Carpenter Creek in south Mount Vernon. 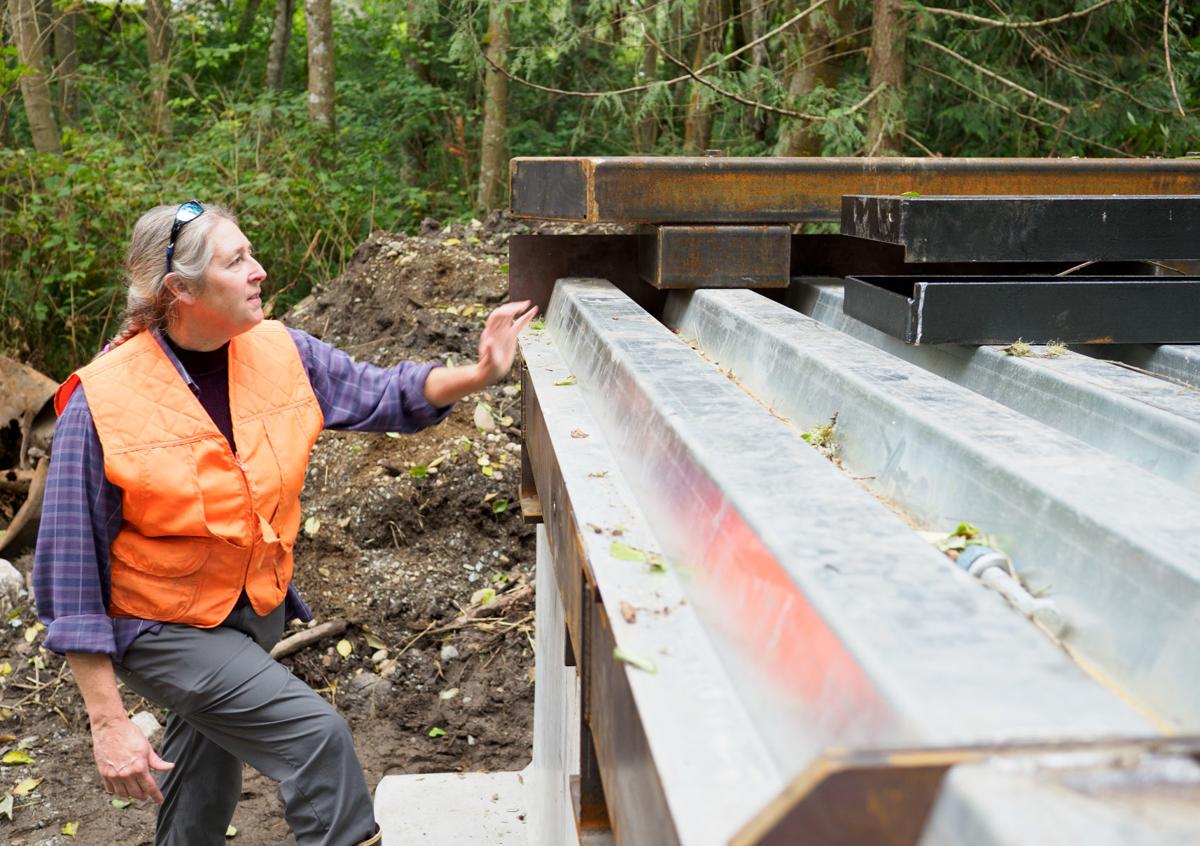 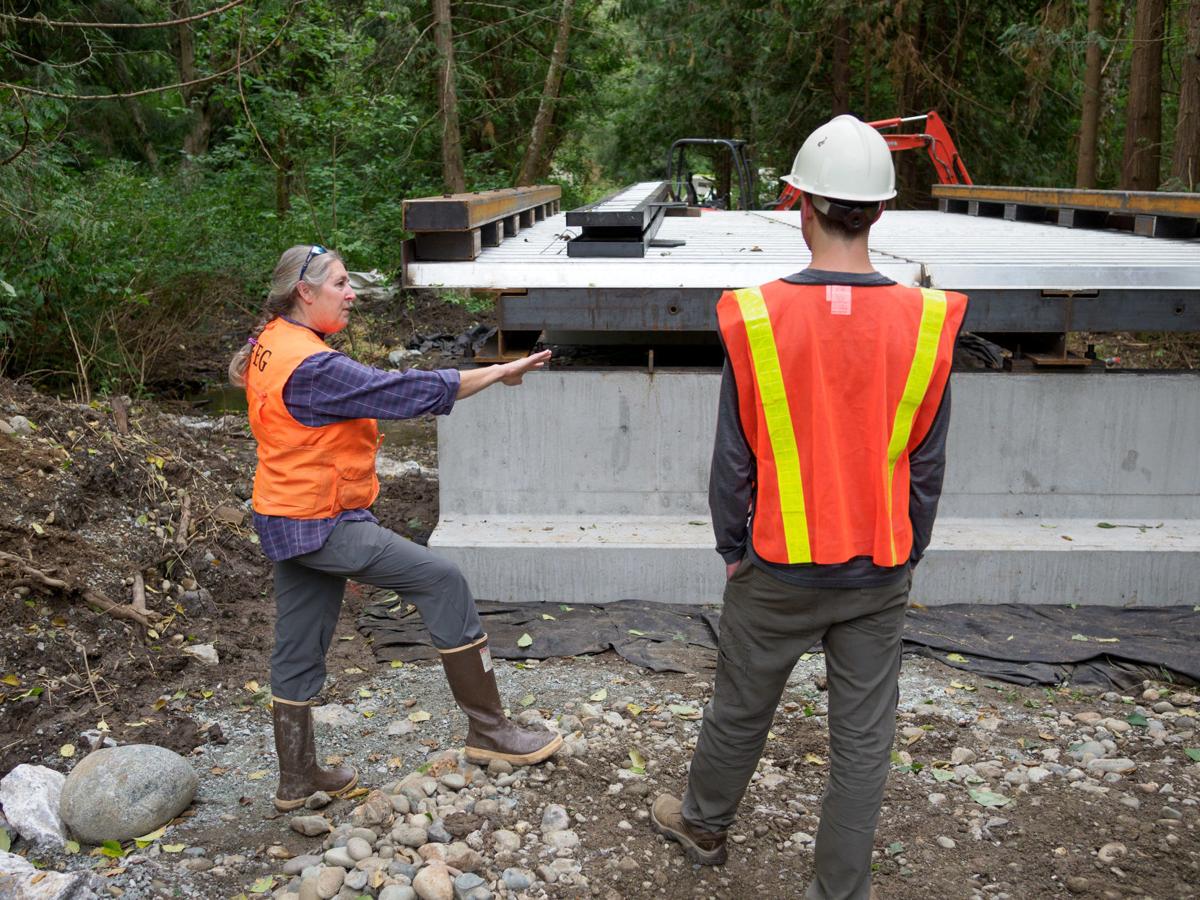 This before-and-after comparison of streamflow below a private road is similar to what is expected where Skagit Fisheries Enhancement Group is replacing culverts with a bridge on Carpenter Creek in south Mount Vernon.

Work is being done to improve fish passage in a creek that runs underneath a private gravel driveway just east of Mount Vernon’s Little Mountain Park.

This is one of the latest fish passage improvement projects in Skagit County aimed at eliminating barriers for salmon.

Here, an undersized culvert is being replaced with a bridge to restore Carpenter Creek’s natural flow. The work is expected to allow threatened coho salmon, threatened steelhead trout and cutthroat trout to make it upstream to spawn.

“It looks way different than the last time I was here,” Alison Studley, executive director of Skagit Fisheries Enhancement Group, said during a site visit Thursday.

The project, which is managed by the Skagit Fisheries Enhancement Group, is one of many such projects being carried out on state, county, city and private roads.

A 2013 federal court ruling mandated that state agencies must repair or replace barriers to fish passage that lie under roadways.

Locally, that ruling has prompted large scale culvert replacements on I-5 and Highway 9 in recent years, with more projects on state highways yet to come.

The current $175,000 project on Carpenter Creek is one of several funded through the state’s Family Forest Fish Passage Program.

That program was created by the state Legislature in 2003 in an effort to help private property owners remove fish barriers, according to the state Recreation and Conservation Office that oversees the grant funding.

At the project site, twisted metal orange with rust is all that remains of the culvert, which Madsen said is being replaced with a bridge long enough to contain the creek’s flow during flood season as well as account for potential changes in flow due to climate change.

Restoring that flow will enable salmon to swim upstream, accessing about 1.6 miles of habitat that was difficult for fish to reach while the culvert was in place.

Upper Skagit Indian Tribe fish habitat biologist Rick Hartson said due to its size and position, this particular culvert was considered a partial barrier: It allowed the water through, but funneled it out too quickly for most fish to be able to swim upstream.

“When coho move upstream, it’s during a high flow time, so even a partial barrier is a big problem,” he said.

The culvert replacement is the first of five projects the Skagit Fisheries Enhancement Group is planning for Carpenter Creek, which Madsen said drains into Fisher Creek and eventually Skagit Bay.

The second project planned for Carpenter Creek — just downstream at a neighboring property — also received Family Forest Fish Passage Program funding and will be completed in 2020.

After that, the nonprofit Skagit Fisheries Enhancement Group has its sights set on three other potential fish passage improvement projects along the creek — one each on private, county and city roads.

“By the time these efforts are complete we will have completely restored fish passage in Carpenter Creek and its tributary English Creek,” Madsen said.

The hope is that restoring access to salmon habitat will benefit the region’s iconic fish, as well as help to restore other species such as the endangered Southern Resident orca whales.