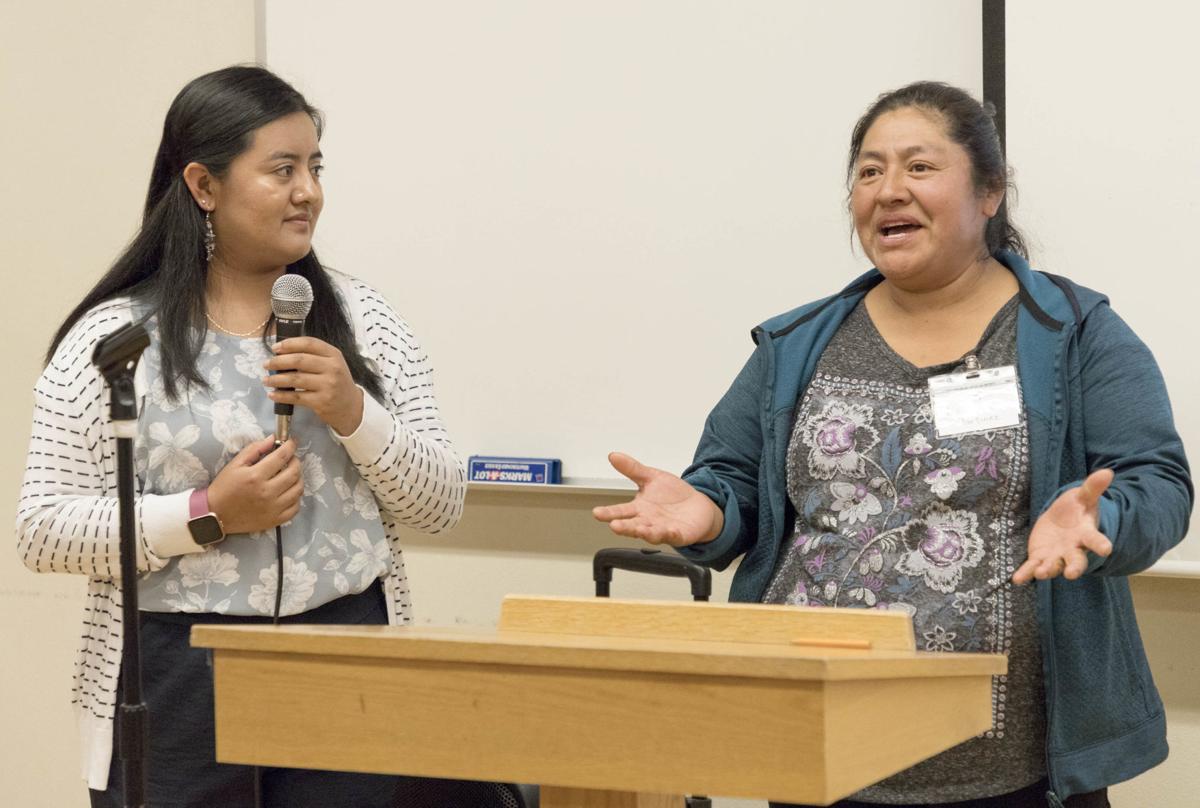 Nelida Martinez, owner of Pure Nelida Farm, speaks Saturday at the North Cascades Institute’s annual Harvest Dinner, which this year focused on Latino farmers in Skagit County, their culture and their food. 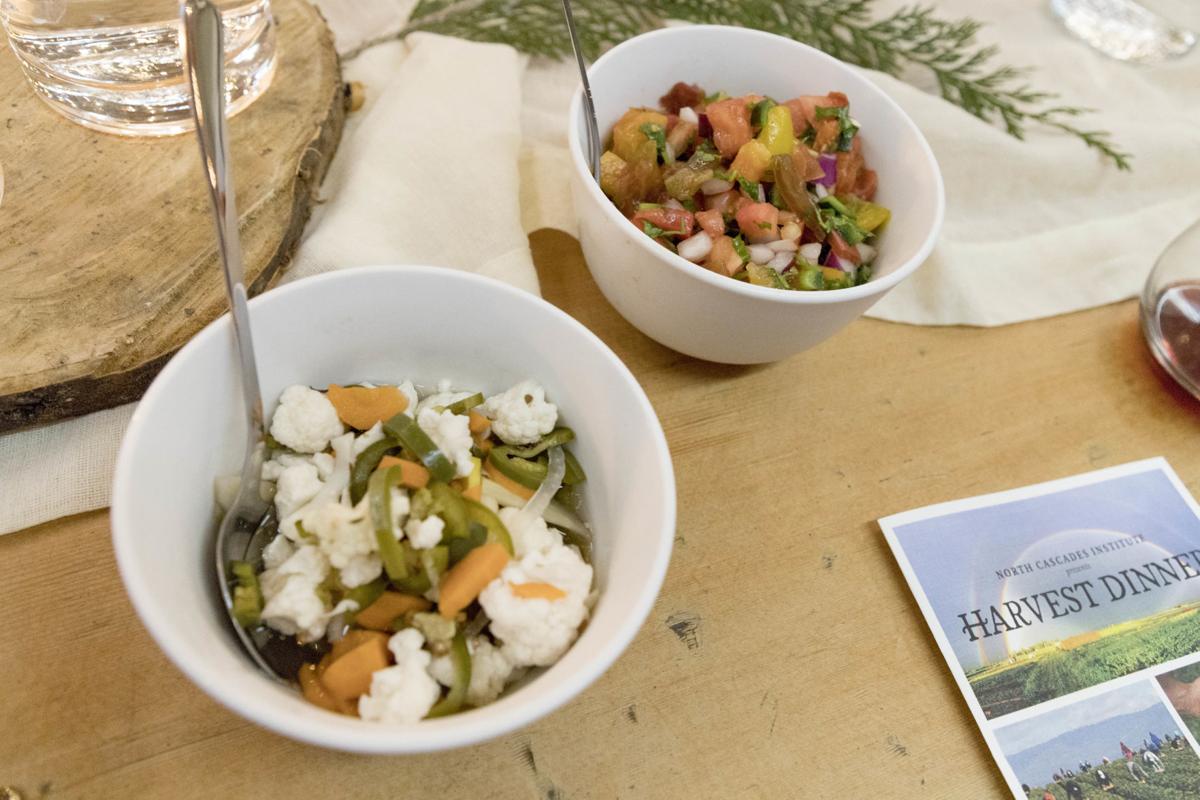 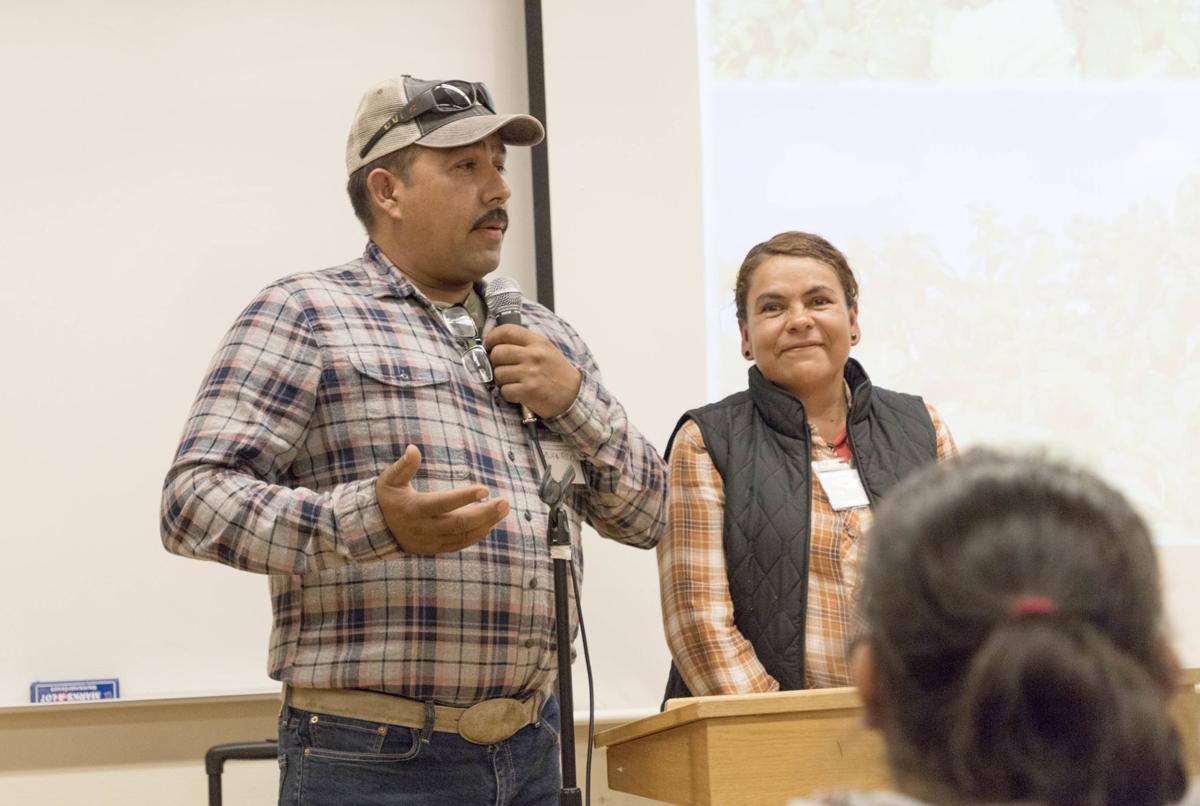 Mauricio Soto, owner of Arado Farms, talks to the audience Saturday about starting his own farm business. 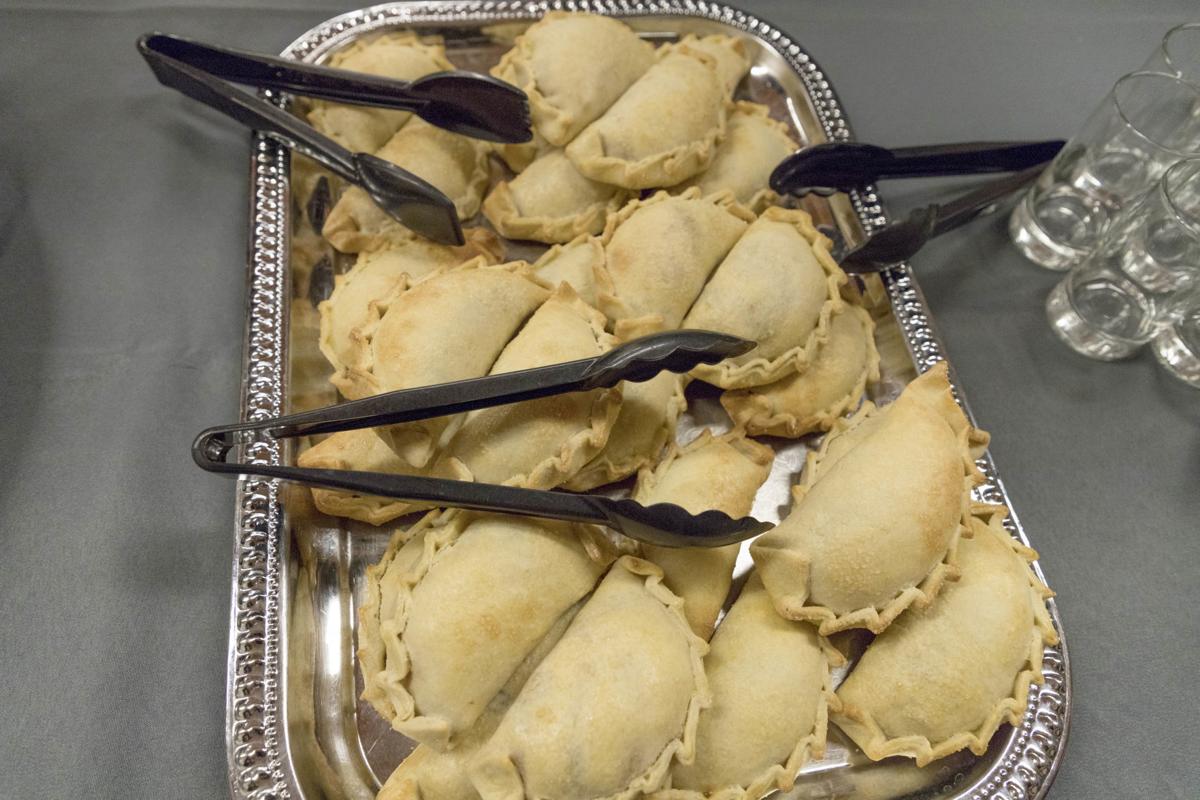 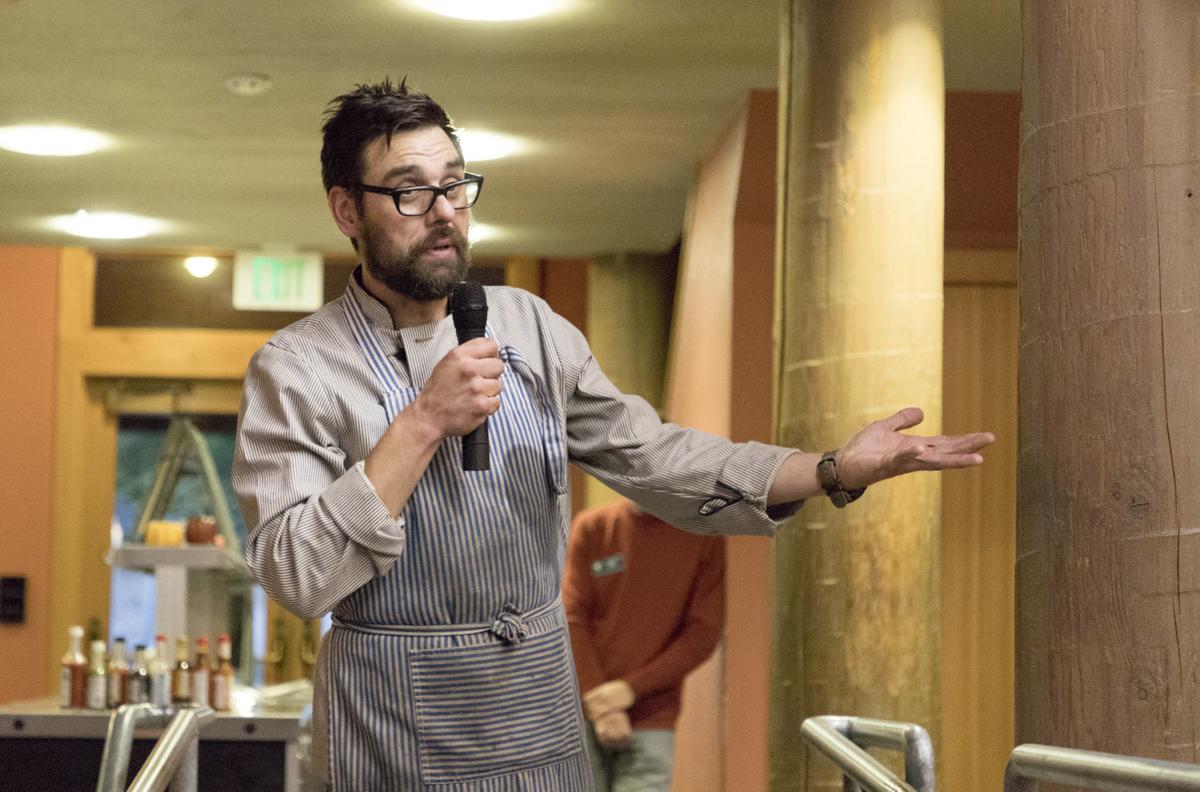 Nelida Martinez, owner of Pure Nelida Farm, speaks Saturday at the North Cascades Institute’s annual Harvest Dinner, which this year focused on Latino farmers in Skagit County, their culture and their food.

Mauricio Soto, owner of Arado Farms, talks to the audience Saturday about starting his own farm business.

These were some of the dishes shared Saturday at the North Cascade Institute’s annual Harvest Dinner at the environmental learning center on Diablo Lake. This year’s dinner highlighted the food and culture of two Latino farms in Skagit County — Pure Nelida Farm and Arado Farms.

“(The intention) is very simple — to honor the people who are doing the harvest,” North Cascades Institute Executive Chef Justin Daniels told guests.

Daniels said the goal was to bring more visibility to Latino farmers in the community. He said he read a statistic that while 83% of farmworkers identify as a member of a Hispanic group, farmers of Hispanic origin own just 3% of farms.

The North Cascades Institute is setting a baseline in its budget this year of how much food it buys from minority and socially disadvantaged farmers.

Daniels said the institute’s goal is to spend a majority of its local “foodshed dollars” with these groups by 2021. Foodshed is a term that describes a geographic region where food is produced.

Originally from Oaxaca, Mexico, Martinez lived in California for 10 years and came to Washington in 2008. She started with a quarter-acre farm in Skagit County in 2010, and is now up to 9 1/2 acres of vegetables and berries.

Martinez said she is passionate about growing food that is good for people’s health.

“What motivated me to start an organic farm was working at large companies with chemicals,” she said through an interpreter. She said she believed pesticide exposure played a role in her son becoming ill.

She is also passionate about cooking and baking.

“As a fruit and vegetable producer, I want others to cook what they grow,” she said.

She is currently leasing land at Viva Farms through its farm incubator program, which gives new farmers access to land, equipment and training. Martinez said since she started, she has not only added acres but learned new skills, such as how to drive a tractor.

The expansion has allowed her to sell to more buyers, she said.

Kate Smith, northwest small and Latino farm support for Washington State University School of Environment and the Skagit County Extension, said as farmers age and retire, there is a push to find the next generation of farmers.

“In the next to 10 to 15 years, the majority of land will be changing hands,” she said. “Who will be the people growing our food?”

Mauricio Soto, owner of Arado Farms, started picking fruit on California farms when he immigrated to the U.S. in 1990. After working for dozens of companies, he now farms three acres of organic berries on land at Viva Farms, and also runs a landscaping business focused on berry pruning.

He said one of the biggest challenges to starting a business was the language barrier.

He remembers working 12 to 15 hours a day in the fields and taking English as a second language classes at night. He had to read thick manuals to educate himself on the difference between conventional and organic farming.

He said running his own farm is worth it because he gets to spend time with wife Senaida Vela and their four kids.

Soto said he was inspired by his grandfather, who moved from one region to another in Mexico to start a farm.

“I feel good I’m doing something on my own like my grandfather,” he said.