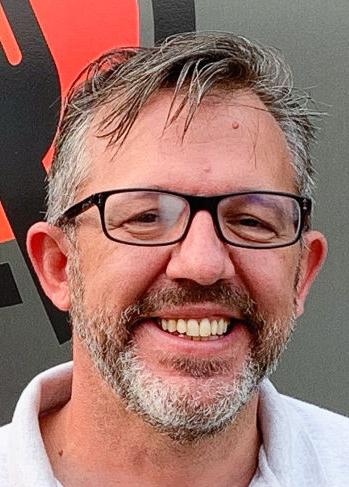 What do you like about living in Skagit County? “Honestly, the people have been nothing but gracious and welcoming, just genuine and caring.”

What are your hobbies? “Cooking is one of my hobbies. I do it for a living but I do love to cook ... pushing the envelope, trying things that made me uncomfortable to try. Like Indian cuisine.”

When I was younger, I wanted to be: “A baseball player, until I realized I was terrible at it.”

First job: “Delivering newspapers when I was 10 years old during the blizzard of ‘79. It’s Chicago so it was like 10 degrees.”

What’s the farthest you’ve ever traveled? “I went to the Far East, I’ve been to the Philippines. Farthest by car was from Chicago to Seattle.”

Have you ever met anyone famous? “Tons. Bill Cosby, Barack Obama, Michael Jordan, Scottie Pippen, the entire Chicago Bulls. Laurence Fishburne, Bobby Fischer, who I met when I was in Russia.”

What celebrity would you most like to meet (alive or dead)? “I met him, but I’d love to hang out with Anthony Bourdain.”

If you could travel anywhere, where would it be? “Tibet, Eastern Russia and Mongolia, those areas.”

What is a positive we can take out of the global pandemic? “I’m a proficient bread-baker because of COVID. But what I’ve learned is that humans are more similar than they are different.”