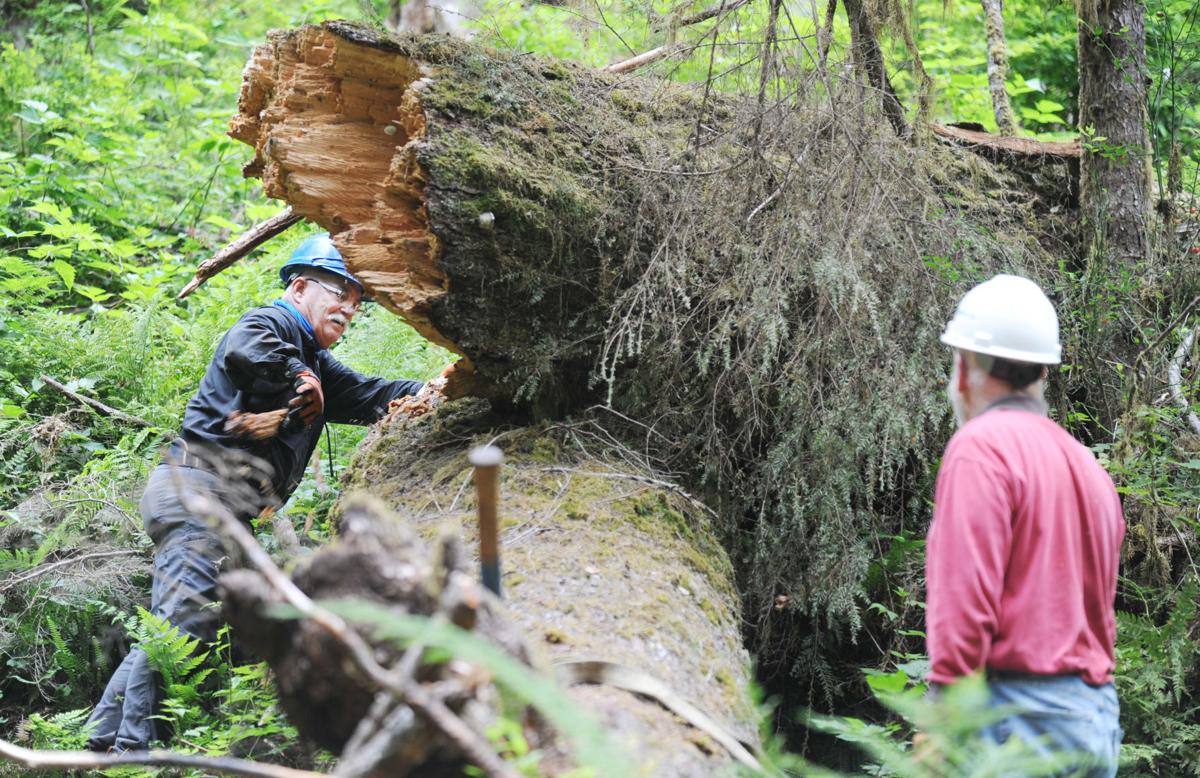 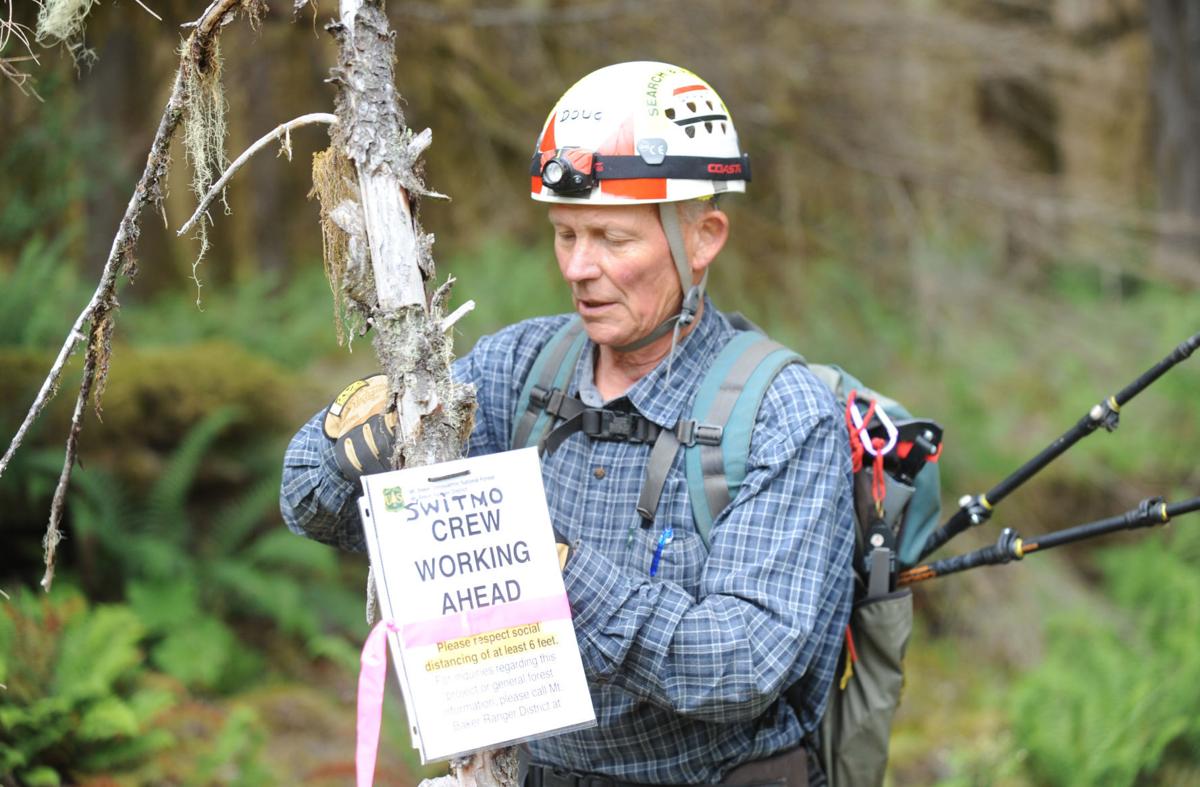 Doug Shepherd hangs a sign announcing the work being done on the Swift Creek Trail. 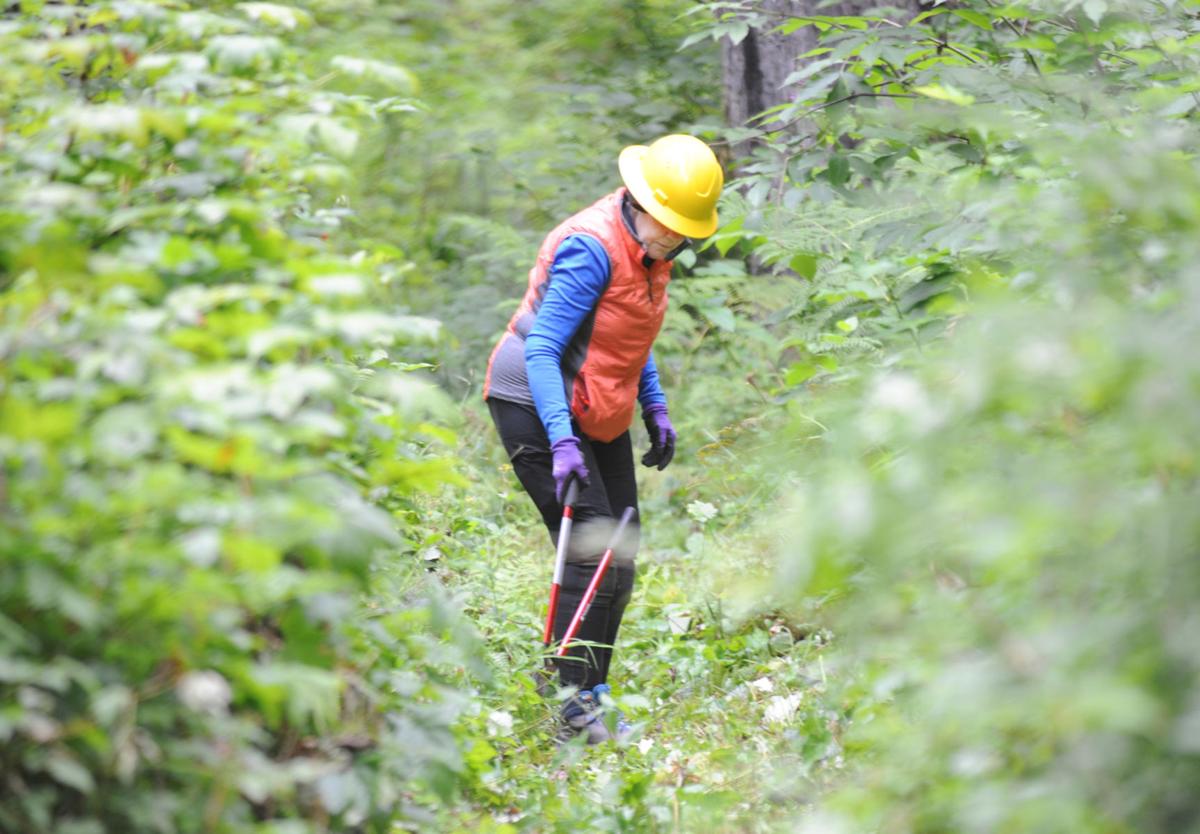 Anne Knapp thins out some brush along the Swift Creek Trail. 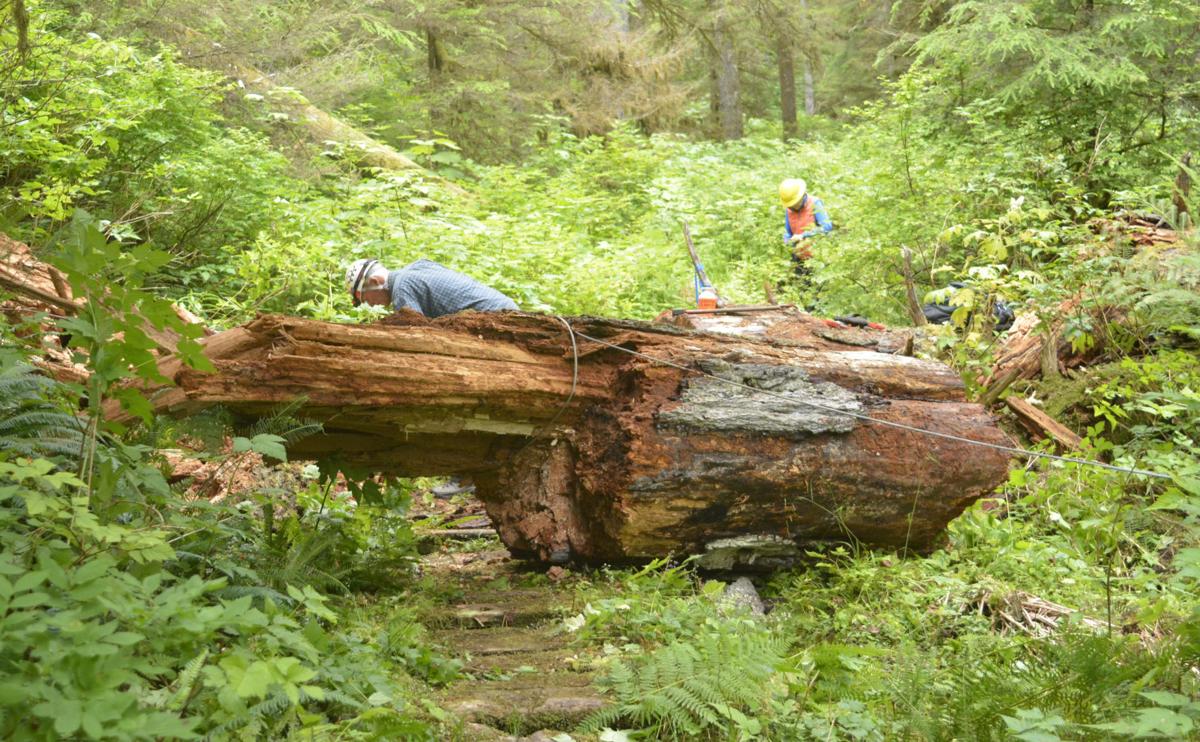 A tree lays across the Swift Creek Trail. 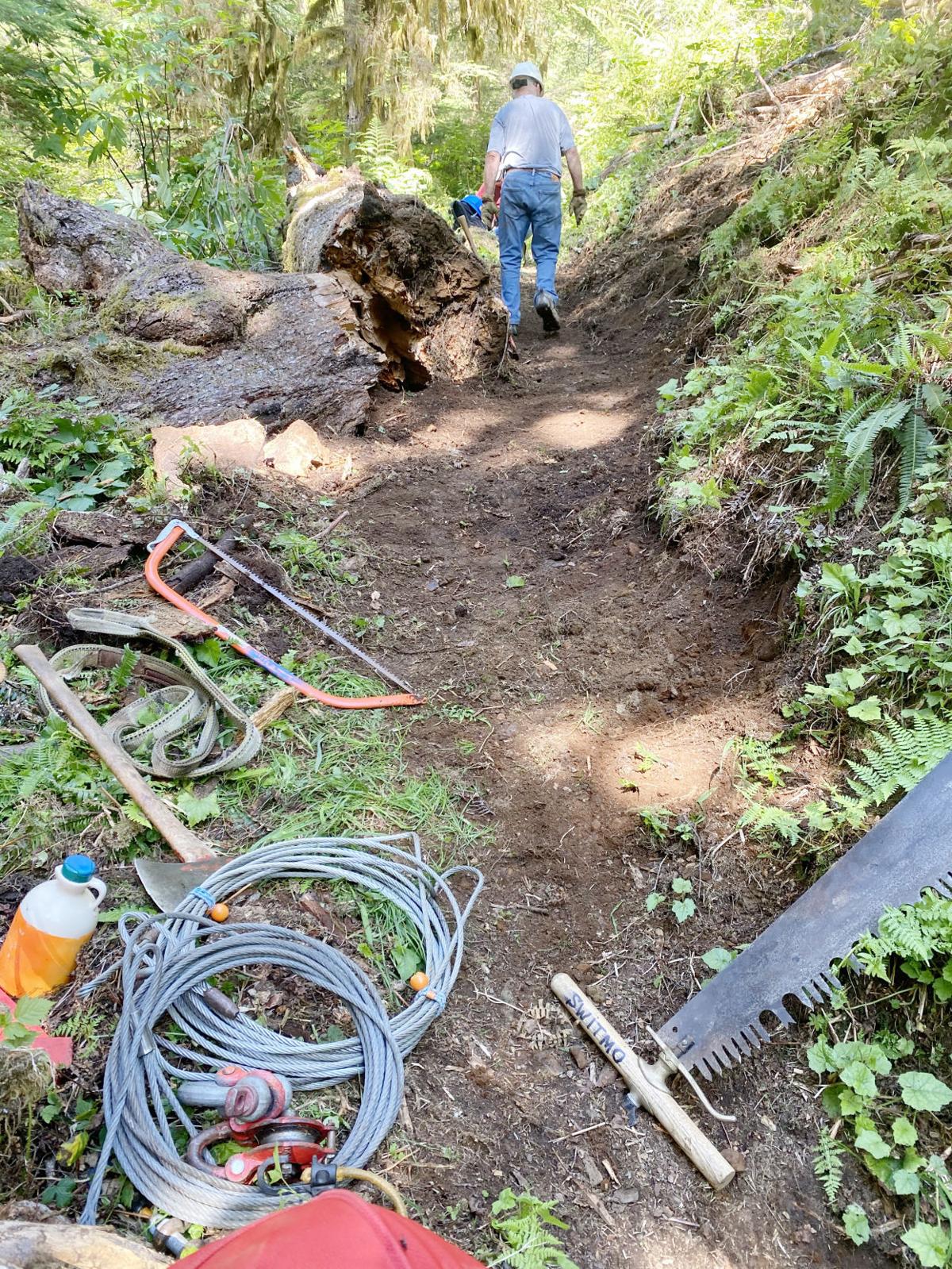 A variety of tools were used to do maintenance on the Swift Creek Trail.

Doug Shepherd hangs a sign announcing the work being done on the Swift Creek Trail.

Anne Knapp thins out some brush along the Swift Creek Trail.

A tree lays across the Swift Creek Trail.

A variety of tools were used to do maintenance on the Swift Creek Trail.

SWIFT CREEK — Without a group of committed, skilled and hearty volunteers, the Swift Creek Trail would be swallowed by the forest.

For years, members of the Skagit-Whatcom-Island Trail Builders Organization (SWITMO) have been responsible for the trail, and while the COVID-19 pandemic has shrunk their numbers, a determined few have continued to keep this stretch of the Pacific Northwest National Scenic Trail (PNT) clear.

“Growing up on a farm, work has always been part of my DNA,” Jerry Granahan of Burlington said. “I played a lot of sports and I used to heat my house 100% with wood. So I tell people that if I am not working up a sweat, it isn’t any fun. That pretty much defines me.”

SWITMO received special permission this summer from the U.S. Forest Service to work on the Swift Creek Trail, while adhering to COVID-19 safety protocols.

Recently, Granahan, Doug Shepherd of Mount Vernon, Pete Pehl of Oak Harbor and Anne Knapp of Seattle hiked to a section of the trail in dire need of attention. Brush was invading the path’s borders and three large trees were blocking the trail at the base of Cedar Hill.

Knapp was the newbie of the group, having joined SWITMO this year after “flunking the art of full retirement.” On this day, she engaged in an ongoing battle between her hand clippers and Mother Nature.

“I was raised with parents who felt very strongly about giving back, so I’ve always volunteered in one way or the other,” she said. “I’ve lived in many different communities and have found that communities where the individuals are involved in volunteering are the strongest and most vibrant communities.”

Providing an additional challenge for the group was that a large section of the trail is in a designated wilderness area, where only hand tools can be used.

Thus the reason for the 6-foot-long crosscut saw.

“The work they get done, especially when one realizes power tools are not used in the wilderness and the guys are using those long, two-man saws is amazing,” Knapp said. “The more I learn about the PNT, the more I realize how its existence is the result of thousands of volunteer hours across all three states.”

While the 1,200-mile PNT extends from Montana’s Glacier National Park to Washington’s Cape Alava, the Swift Creek Trail connects the Mount Baker area with the area near Baker Lake.

“It’s just an amazing place,” Shepherd said. “The pandemic has certainly reduced the number of through-hikers (trekking the length of the PNT), but we still need to clear trees, brush it out and work on tread. There’s always a lot of work to do.”

And without volunteers like those with SWITMO, the work wouldn’t get done.

The group’s first task during its recent work party was cutting and removing a massive red cedar that had fallen and was blocking the trail.

The two other trees blocked the trail further on.

Working with the 6-foot crosscut saw — what is affectionately known as a misery whip — was the ultimate in social distancing.

Pehl and Granahan made the initial cut, and as the sawdust sprayed out Shepherd aided the pair’s efforts by pouring his special concoction of lubricant into the ever-deepening cut.

Pehl described the work as stepping back into the 19th century. He said using such a saw gives him an appreciation of how things used to be done.

“That crosscut saw, that is something I remember my dad and I using,” Granahan said. “My dad would get telephone poles and we would cut them with a crosscut saw and use them for fence posts.”

Once the tree was cut, it was pulled clear by way of an anchored come-along, cable, straps and manpower. There was absolutely nothing easy about the effort.

“I love the planning and the figuring out what you need to do to get the job done,” Granahan said. “There are a lot of things that can go wrong. And you need to think about all those things before you get there. Safety is always top of the list.”

It was just another day on the trail for the group of volunteers — people who would rather be out on the trail than most anywhere else.

“Anyone out there working is the best of the best,” Granahan said. “Those are people you want to be around.”

The work they do is about continuing a legacy while leaving your own.

“You only have a limited time,” Pehl said. “You want to be able to leave something good behind, and these trails, they will last.”