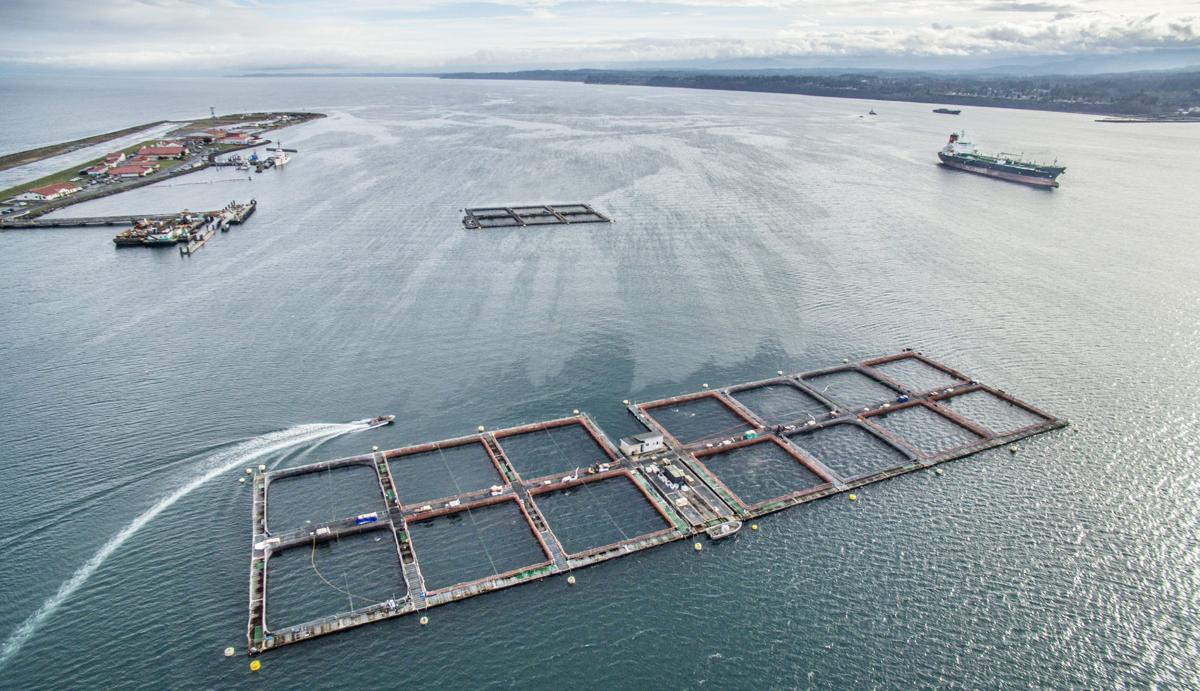 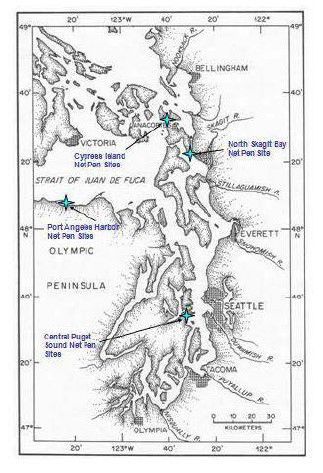 Four nonprofits filed a joint lawsuit Tuesday against the state Department of Fish & Wildlife for issuing a permit for steelhead farms in the marine waters of Skagit and Kitsap counties.

“We need to be doing everything we can to save our wild salmon and orcas,” Sophia Ressler, a staff attorney at the Center for Biological Diversity, said in a news release. “Fish feedlots simply don’t belong in wild salmon waters. These net pens undermine the crucial work that has gone into restoring native fish runs.”

Puget Sound steelhead, including those from the Skagit River, have been listed as threatened under the federal Endangered Species Act since 2007.

The groups behind the lawsuit filed in King County Superior Court say exposure to farm-grown steelhead could put the wild species at increased risk of disease and genetic impacts from interbreeding.

They are particularly concerned because of Cooke Aquaculture's history of growing Atlantic salmon in area waters.

In August 2017, one of the company's farms near Cypress Island in Skagit County collapsed under the weight of debris the company neglected to clean off, and the majority of the 300,000 fish in that net pen escaped.

“Despite its reckless release of non-native Atlantic Salmon, Cooke is hoping to take advantage of loopholes to bypass protections implemented by Washington’s legislature," Friends of the Earth senior oceans campaigner Hallie Templeton said in a second news release. "State officials have unlawfully ignored the harms of floating factory farms and instead greenlighted more environmental havoc in Puget Sound.”

Following an investigation into the 2017 collapse, the state Legislature passed a law that phases out Atlantic salmon net pen aquaculture by 2022. In 2019, Cooke proposed making the switch from Atlantic salmon to Pacific steelhead in order to remain in business in Washington waters.

The lawsuit alleges that Fish & Wildlife failed to adequately account for the dangers a permit issued to Cooke Aquaculture poses to federally protected species and the environment around the net pens.

Native American tribes, regional fishing groups and others have also taken a stance against the proposal to continue fish aquaculture in Washington waters, submitting comments to Fish & Wildlife during the permit review process and releasing statements following the agency's Jan. 21 approval of the permit.

Cooke and Fish & Wildlife did not respond to requests for comment.

The five-year permit from Fish & Wildlife allows Cooke to replace Atlantic salmon with native steelhead at four sites currently in operation, including one in Skagit County, near Hope Island.

In addition to the permit from Fish & Wildlife, Cooke must  obtain new leases from the state Department of Natural Resources in order to continue operating past the current lease expiration of March 2022 at Hope Island and November 2022 at Rich Passage south of Bainbridge Island.

The company also needs modification of its water quality permits from the state Department of Ecology.

Ecology spokesperson Colleen Keltz said Cooke filed an application to modify the permits and the state agency is preparing to begin the process that will include public comment opportunities.

Natural Resources spokesperson Joe Smilie said the state agency has not received applications for new leases, but Cooke has appealed the cancellation of other leases including at Cypress Island. A hearing on that appeal is slated for October.

Fish & Wildlife received about 3,500 comments regarding the Cooke permit. Some of those comments came from residents and interest groups in Skagit County, including from the Swinomish Indian Tribal Community.

The Swinomish tribe submitted a letter Nov. 22 objecting to Fish & Wildlife determination that an environmental impact statement, or EIS, was not required for the permit.

The tribe wrote that Cooke's proposal does not adequately address threats to wild Skagit River steelhead and salmon, and expressed frustration with the Hope Island farm interfering with the tribe's treaty fishing rights.

Because the net pens are anchored to the seafloor, tribal fishing nets and crab pots must be kept a significant distance away to keep from getting tangled in the pens, according to the letter. That means tribal fishermen lose access to hundreds of acres of their traditional fishing ground in Skagit Bay.

"Swinomish Tribe seeks denial of the permit to prohibit further long-term interference with the Tribe’s Treaty fisheries," the letter states.

In a response to that letter, Fish & Wildlife said concerns about conflicts between existing infrastructure and treaty fishing rights were outside the scope of the permit.

The Samish Indian Nation has also spoken out against Cooke's proposal.

Samish Chairman Tom Wooten said in a written statement that fish farms should not be allowed in the state's waters. He said the 2017 collapse occurred in his tribe's traditional territory, the risks of raising any farmed fish in the Salish Sea outweigh the benefits, and given past failures the tribe does not trust the company.

"Simply put, we do not trust Cooke to operate in the Salish Sea," Wooten said.

Skagit County Commissioner Ron Wesen said the county is not taking a position on the issue.

"We're relying upon the state agencies to manage that industry like they should," Wesen said. "I have no authority over it."

Following Fish & Wildlife's approval of the permit in January, the coalition said in a news release that it was "extremely disappointed" an EIS was not required.

The Northwest Aquaculture Alliance, meanwhile, issued statements in support of Cooke Aquaculture — an international company with operations in Nova Scotia, Scotland and Maine — and of Fish & Wildlife for granting the permit.

The statement called Fish & Wildlife's approval of the permit “a vital step in growing the ‘Blue Economy’ in the region and United States,” because most seafood consumed in the country is imported.

Cooke's proposal is to switch from Atlantic salmon to sterilized female steelhead — meaning unable to reproduce — at Troutlodge hatcheries in Pierce County. Troutlodge has produced steelhead since 1945 and claims a 99.8% success rate in sterilization.

Cooke plans to grow 350,000 of the steelhead at its Hope Island farm. Another 700,000 could be grown at Cypress Island if the required lease and permits are issued. The fish would spend 14 to 16 months growing to table-ready size.