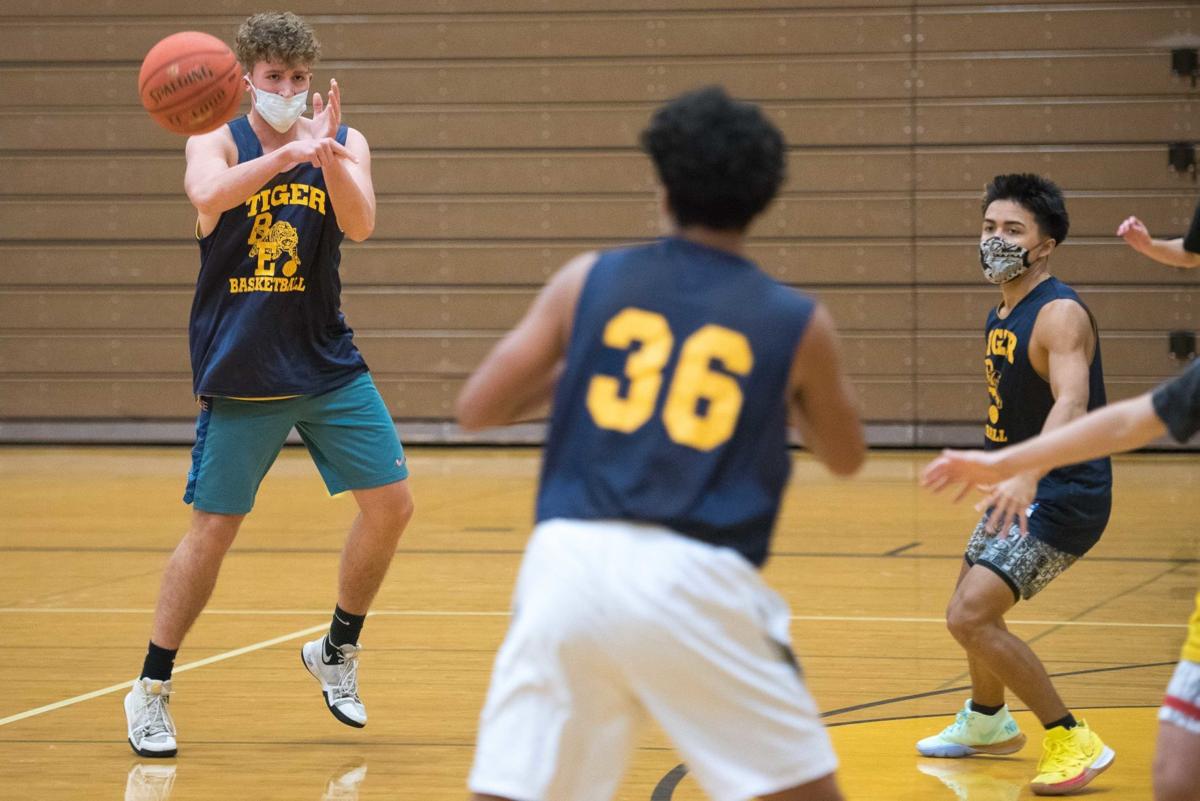 Isaac Donovan, a senior at Burlington-Edison High School, passes the ball during a workout Wednesday. A new plan in Skagit County allows high school athletes to practice in pods up to the size of the sport’s starting lineup. 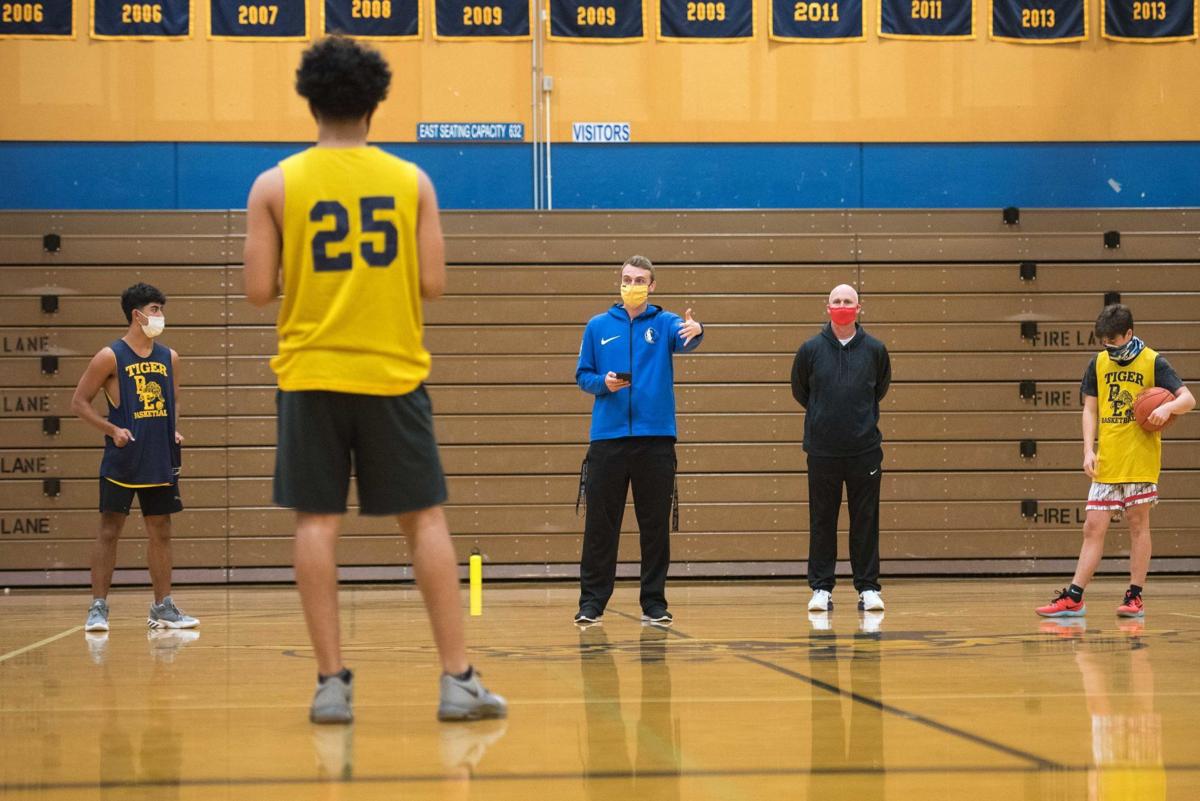 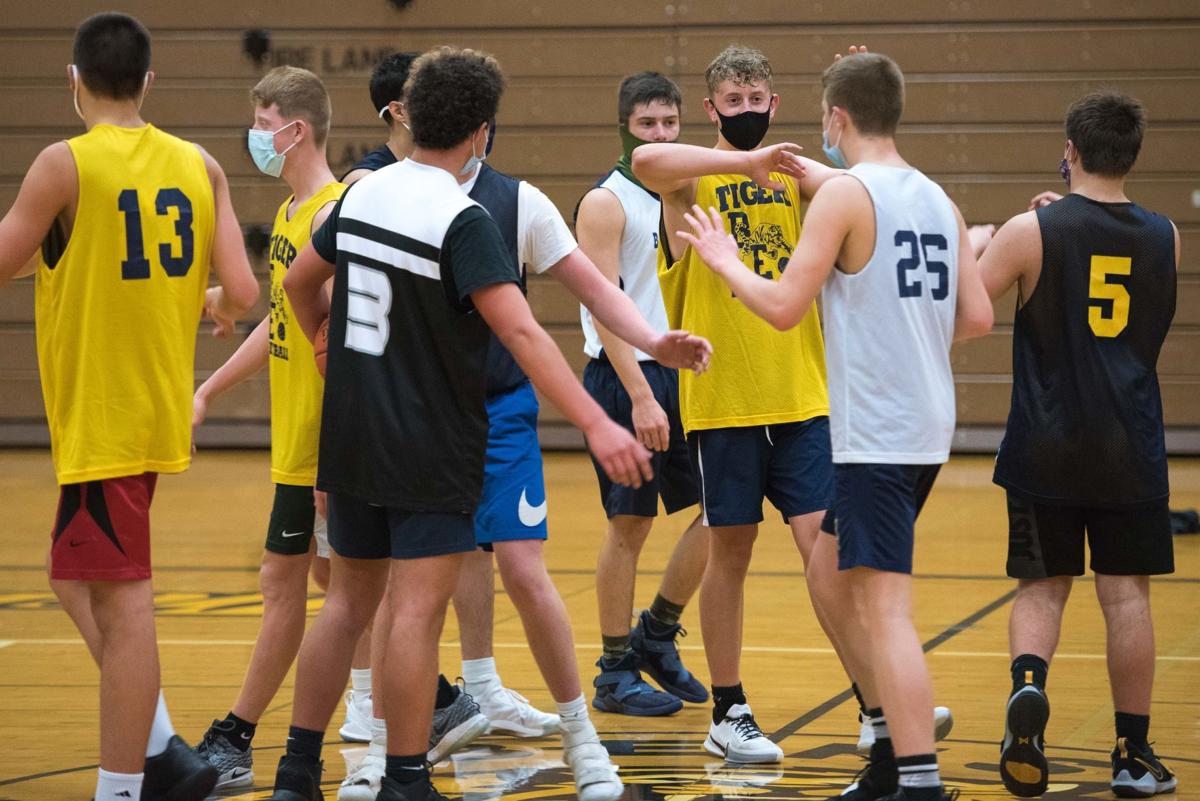 Members of the Burlington-Edison High School junior varsity boys' basketball team give air high-fives Wednesday after a workout in Burlington. 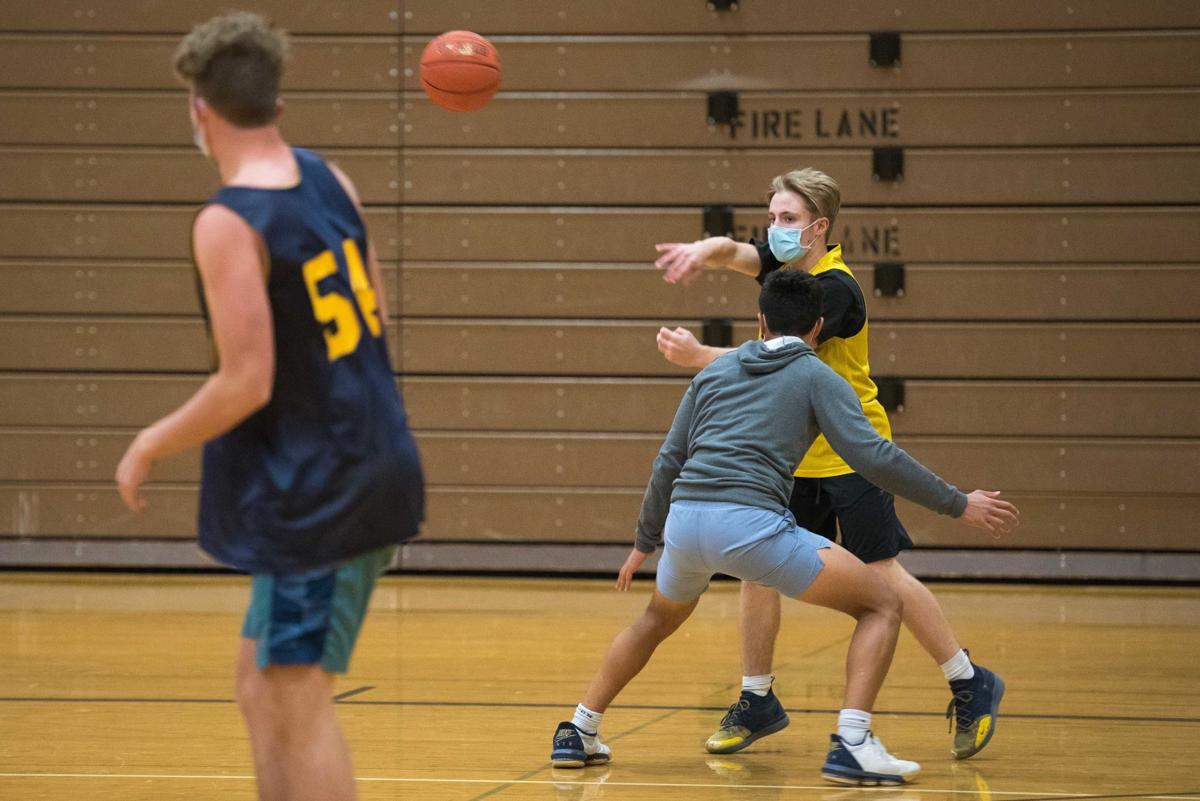 Isaac Donovan, a senior at Burlington-Edison High School, passes the ball during a workout Wednesday. A new plan in Skagit County allows high school athletes to practice in pods up to the size of the sport’s starting lineup.

Members of the Burlington-Edison High School junior varsity boys' basketball team give air high-fives Wednesday after a workout in Burlington.

Under a new set of guidelines carefully developed by high school athletic directors in Skagit County, local high school athletes can now get an experience closer to the practices and competitions they’re used to.

The athletic directors developed a plan in conjunction with the county health officials to allow larger “pods” — groups of athletes who train together while strictly following COVID-19 safety guidelines.

Pods were previously restricted to groups of five athletes, but can now equal the size of a starting lineup in the relevant sport: nine for baseball and softball, 11 for football, and so on. The plan allows for practices and even scrimmages between teammates as long as specific precautions are followed carefully.

He said county athletic directors teamed up to come up with specific plans to present to their school boards, their superintendents and Skagit County Public Health.

Beazizo said the change will be a boon for athletes.

“We were working at pods of five, but in football we can’t scrimmage with pods of five. Now you can go to pods of 11,” he said. “Soccer can have 11, baseball can have nine. It will allow coaches to scrimmage within (their) own team.”

The athletic directors said the emphasis is still on safety. Athletes must undergo temperature checks, and must remain consistently in the same pod. The total number of athletes allowed on campus at the same time is still limited.

“There won’t be (scrimmages) all the time, but they can work together when they can get opportunities,” Gardner said.

Some sports have begun expanded activities, while others are still finalizing schedules.

Burlington-Edison High School boys’ basketball coach Chas Kok said, “It’s refreshing to get the guys back and be able to do something with a basketball in their hands.”

Burlington-Edison boys’ wrestling coach Kip Jones, who was able to run wresters through drills this week while they remained in “pods” of two, said it was a pleasure to be coaching again.

“We’re following county guidelines, state guidelines and school guidelines to have a sense of safety and precaution. But it’s been fun to see kids again,” he said. “I missed that, and the kids did too.”