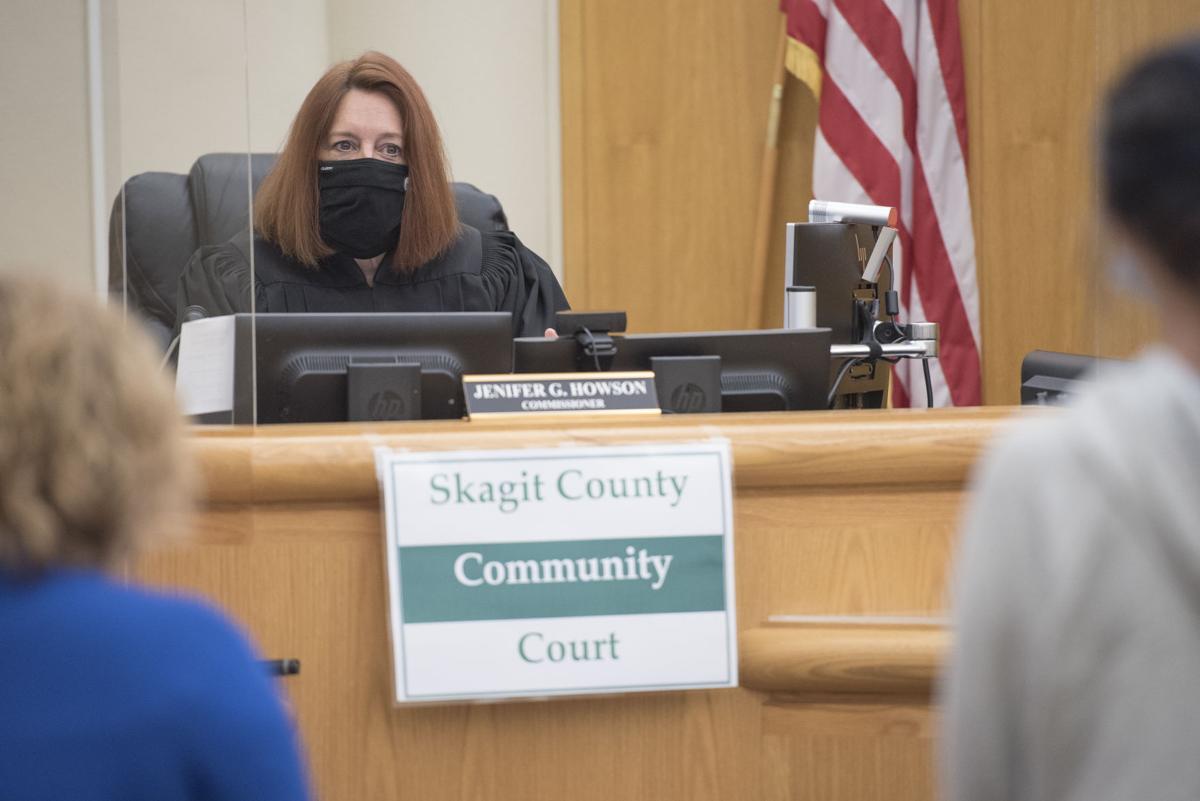 Jenifer Howson speaks to a participant of community court on Oct. 20 in Mount Vernon. Howson was appointed District Court judge on Monday. 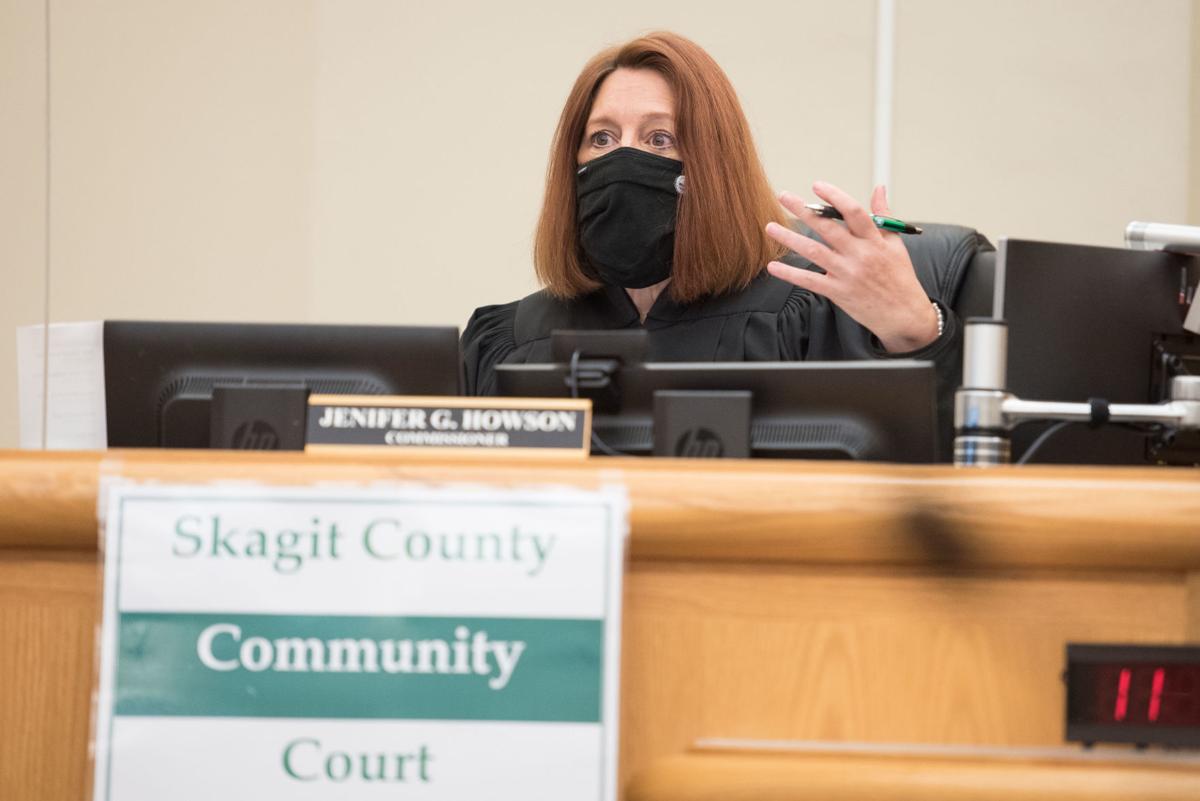 Jenifer Howson speaks to a participant of community court on Oct. 20 in Mount Vernon. Howson was appointed District Court judge on Monday.

“I am so truly honored,” Howson said during her swearing-in ceremony, held via the conferencing app Zoom because of the COVID-19 pandemic. “I just want to get to work.”

Howson, who served most recently as District Court commissioner, was appointed to the position Monday morning by the Skagit County Board of Commissioners.

She replaces former District Court Judge Tom Verge, who next week will be sworn in as a Skagit County Superior Court judge.

“Judge Howson truly stands out,” Verge said during Howson’s swearing-in ceremony. “Her professionalism, day-in and day-out, is only matched by her humanity.”

Verge, as well as Skagit County District Court Presiding Judge Dianne Goddard, complimented Howson not only for her work ethic, but for the work she has done to change the justice system, including spearheading the new Skagit County Community Court.

Community Court‘s goal is to address issues that lead to crime in order to prevent a person’s criminal behavior from escalating.