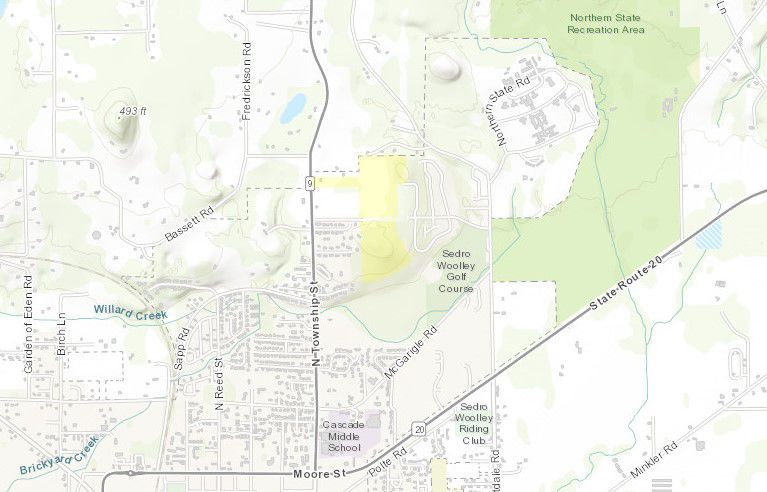 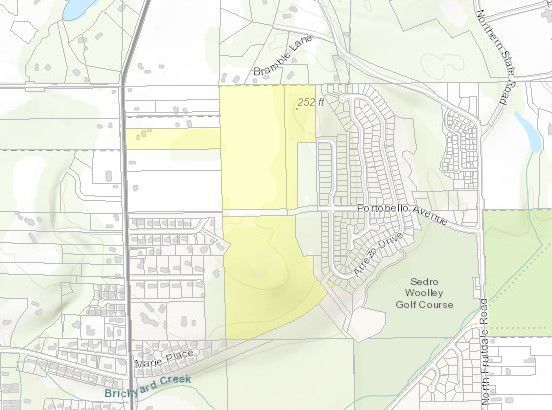 A major residential development has been proposed for northeast Sedro-Woolley.

The proposed development, which is being called Dukes Hill, involves dividing four parcels totaling about 57 acres into 201 residential lots and a variety of green spaces between the Gateway Heights residential area and Township Street.

The property is in the city’s Residential 5 zone and mostly vacant, according to a legal notice published Monday in the Skagit Valley Herald.

The proposal includes lots ranging from 2,500 square feet to 17,549 square feet, on which various kinds of new homes would be built, according to project documents. About 17 acres of green space is included, about half of which is for playgrounds and trail access.

The city of Sedro-Woolley has determined the project does not require an environmental impact statement, or EIS.

That determination rests on several mitigation components to be completed with the project.

According to the legal notice, that includes complying with regional clean air regulations, mitigating wetland impacts in compliance with city regulations, preventing lighting from impacting neighboring properties, and contributing $505.76 per unit for police mitigation fees.

The Bellingham-based real estate company The RJ Group, founded by Rob Janicki, is the project proponent.

The RJ Group was also involved in building the neighboring Gateway Heights development — part of a larger subdivision called Sauk Mountain View Estates — and plans to bring more new construction to the city of Sedro-Woolley as well, according to the company’s website.

Sedro-Woolley Planning Director John Coleman said Sauk Mountain View Estates was the last major residential development in the city, with 280 single-family lots created in eight phases. Those phases were approved between 2003 and 2016, and some of the homes are still under construction.

Comments on the city determination for the Dukes Hill proposal are being accepted until 4:30 p.m. June 1 by email to Assistant Planner Katherine Weir at kweir@ci.sedro-woolley.wa.us, and by mail to the City of Sedro-Woolley Planning Department, 325 Metcalf St., Sedro-Woolley, 98284.