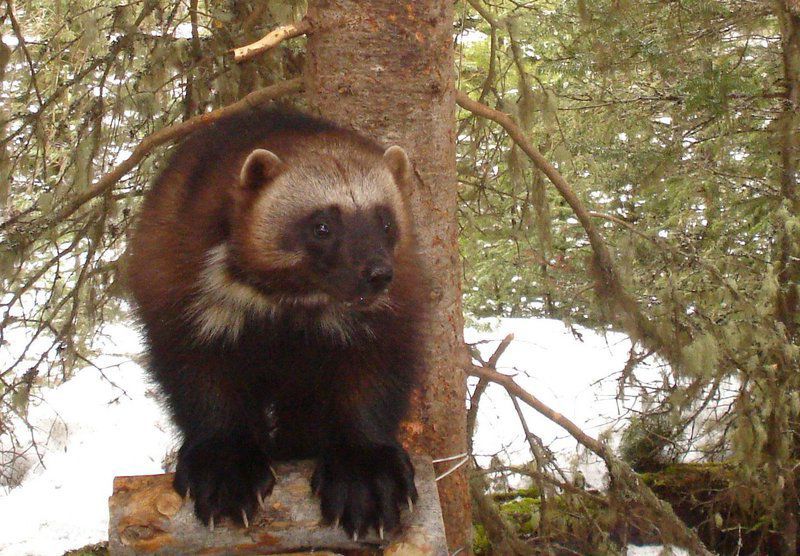 A wolverine photographed by Audrey Magoun of the U.S. Fish & Wildlife Service. 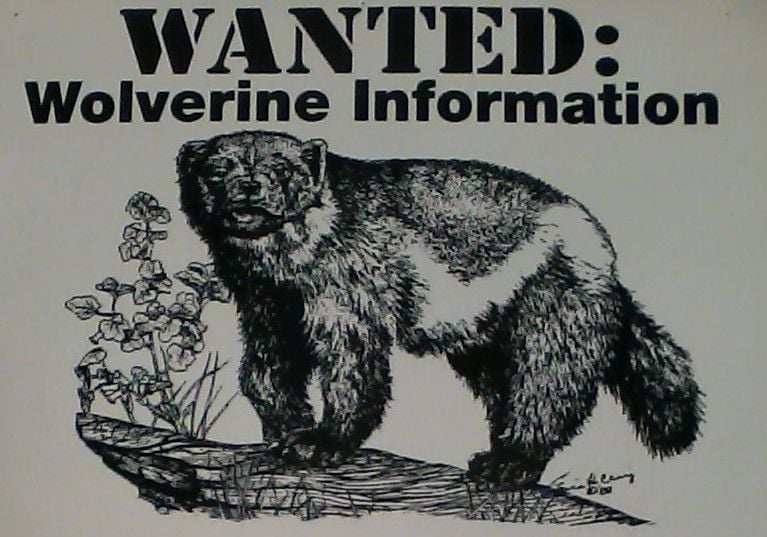 Wildlife biologists continue to seek knowledge about elusive wolverines, as depicted on this cut-out from a government poster used to seek reports from the public in Oregon’s backcountry. Organizations continue to study the wolverine in its remaining mountain habitat, including in the North Cascades.

A wolverine photographed by Audrey Magoun of the U.S. Fish & Wildlife Service.

Wildlife biologists continue to seek knowledge about elusive wolverines, as depicted on this cut-out from a government poster used to seek reports from the public in Oregon’s backcountry. Organizations continue to study the wolverine in its remaining mountain habitat, including in the North Cascades.

The fight continues to protect an elusive animal found in the North Cascades and other mountain regions of the western United States as several nonprofits have filed a lawsuit against the federal agencies responsible for administering the Endangered Species Act.

The lawsuit, filed March 18 in U.S. District Court in Missoula, Montana, asks that the U.S. Fish & Wildlife Service and U.S. Secretary of the Department of the Interior David Bernhardt issue a final decision on whether to list the wolverine as threatened or endangered.

The wolverine is a carnivore that is the largest animal in the weasel family. They are generally dark brown with light, skunk-like stripes. There are, by the Fish & Wildlife Service’s own estimate, fewer than 300 remaining in the contiguous U.S.

“The wolverine is an icon of our remaining wilderness,” lawyer Amanda Galvan of Earthjustice, which is representing the nonprofits in the lawsuit, said in a news release. “We’re taking action to ensure that the wolverine gets a fighting chance for survival.”

The nonprofits — the Center for Biological Diversity, Conservation Northwest, Defenders of Wildlife, Friends of the Clearwater, the Greater Yellowstone Coalition, the Idaho Conservation League, the Jackson Hole Conservation Alliance, the Klamath-Siskiyou Wildlands Center and Rocky Mountain Wild — each have an interest in protecting wild places and maintaining strong populations of the wildlife that call those places home.

“Members of each of the plaintiff groups have conservation and aesthetic interests in the continued existence of wolverines in the western landscape in part because the reclusive wolverine is a living symbol of our nation’s remaining wilderness,” the lawsuit states.

The nonprofits have been fighting for the wolverine for years, including some since 2000.

“As a natural resource management tool, the Endangered Species Act is unique in that it requires really rigorous scientific documentation to list a species,” Conservation Northwest Science and Conservation Director Dave Werntz said. “In this case, there was political interference. This has been going on for about 20 years and there have been several times the agency has made a determination that a listing is warranted and then they at the last minute turn that around.”

Before the March 18 lawsuit, the last legal battle ensued between 2014 and 2016, when U.S. District Court Judge Dana Christensen ordered the Fish & Wildlife Service to revisit a 2013 proposal to list the wolverine as threatened.

Following that ruling, a decision should have then been issued in no more than a year and a half, according to rules of the Endangered Species Act.

More than double that amount of time has since passed and the Fish & Wildlife Service has issued no decisions, while biologists say it has become increasingly clear that the snow-dependent species is in trouble.

“We can do things now that could make a difference,” Wertnz said, adding that restoring and reconnecting habitats would be key. “We can take really specific actions to make sure that wolverines have a future in our mountains.”

Female wolverines dig deep dens in mountain snow to raise their young to protect them from extreme cold, according to the lawsuit. Climate research has indicated that snowpack could decrease 63% by 2085.

“This projected habitat loss would render remaining wolverine habitat significantly smaller and more fragmented, which would threaten to cause decline of the wolverine’s already small population,” the lawsuit states.

While the species once roamed all mountain ranges of the U.S., today it remains in fragmented populations in five states, including Washington.

“We’re really fortunate to share the North Cascades with wolverine,” Werntz said. “It’s one of just a handful of places in the lower 48 states where you can find wolverine anymore.”

It’s also where the population has a good chance of recovering if habitat connections could link North Cascades wolverines with those in British Columbia.

“There is a real conservation opportunity to protect the wolverine in the North Cascades,” Werntz said.

If the wolverine gets listed as threatened, the Fish & Wildlife Service would be required to designate critical habitat and create a recovery plan for the species.

“The Fish and Wildlife Service has a moral and legal obligation to protect these animals,” Jonathan Proctor of Defenders of Wildlife said in the release.

“The U.S. Fish and Wildlife Service is committed to meeting all of our obligations under the Endangered Species Act,” the statement says. “We prioritize the most at-risk species to ensure they receive needed protections, while using the best available science and coordinating with diverse conservation partners.”