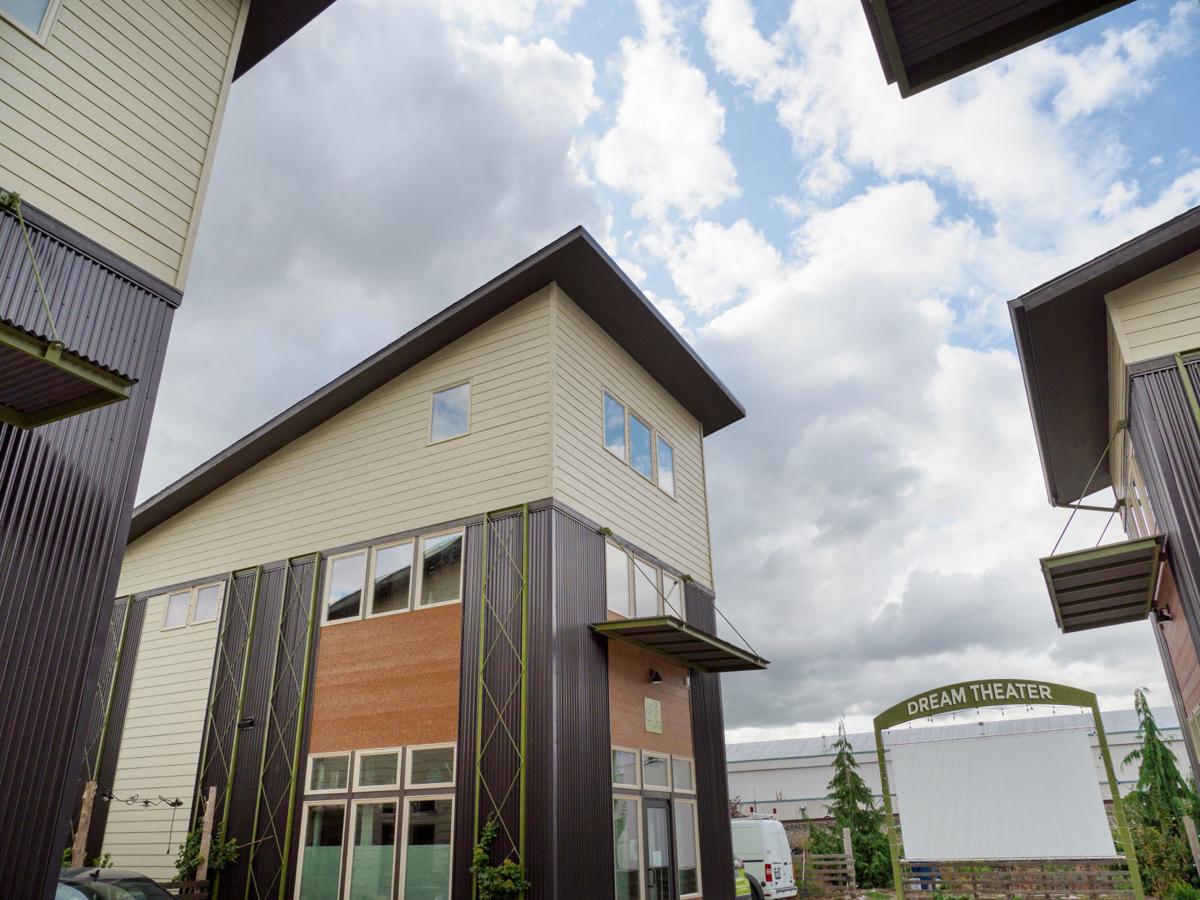 Abbott’s Alley live-work units in Sedro-Woolley are designed to allow the owners to have a business on the ground floor and live upstairs. 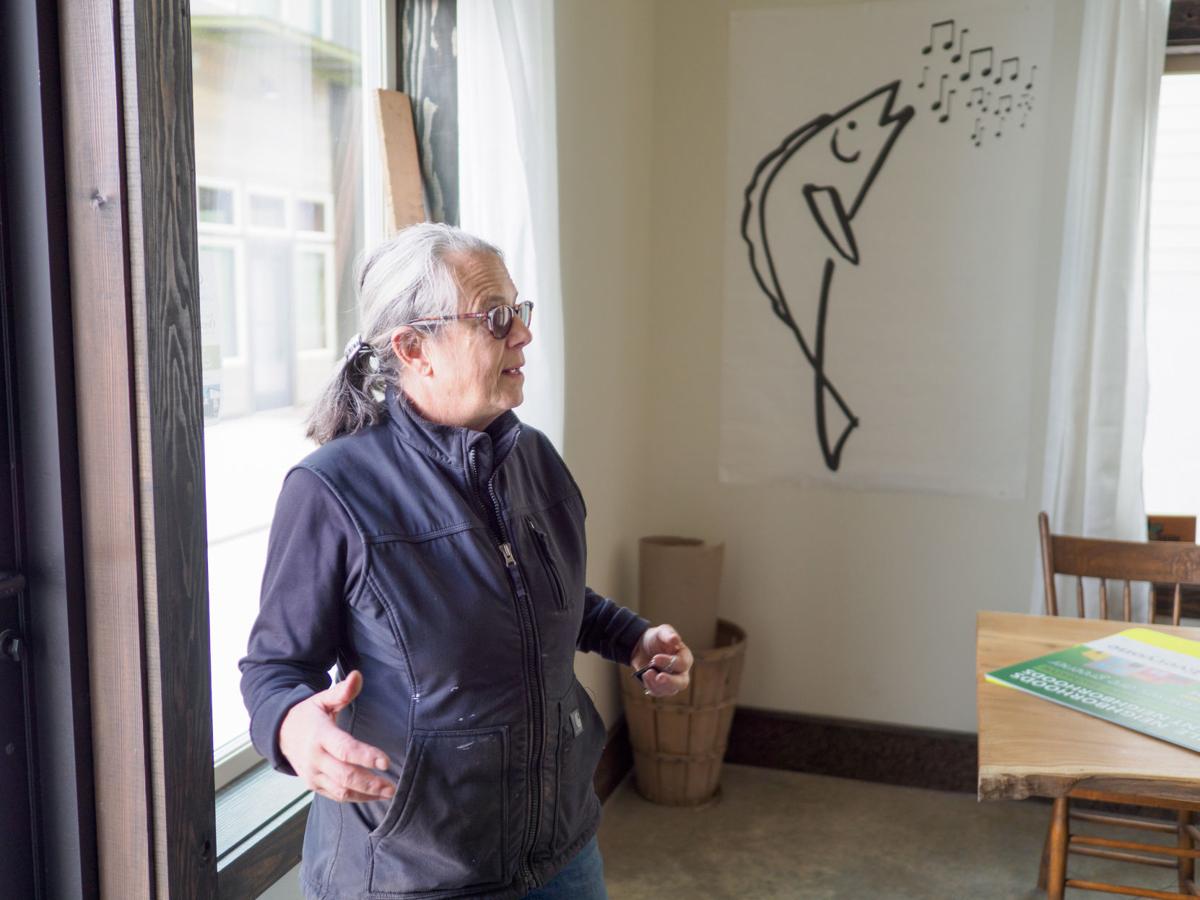 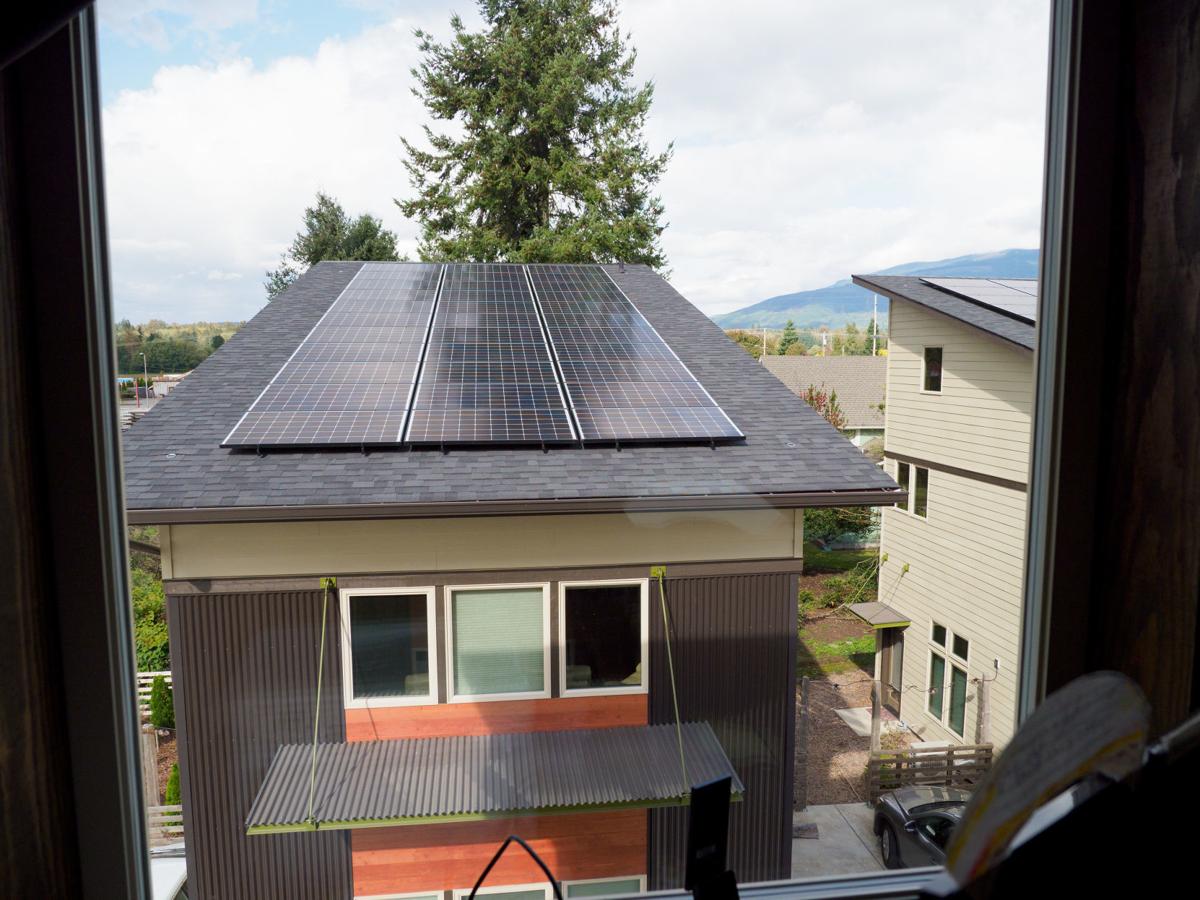 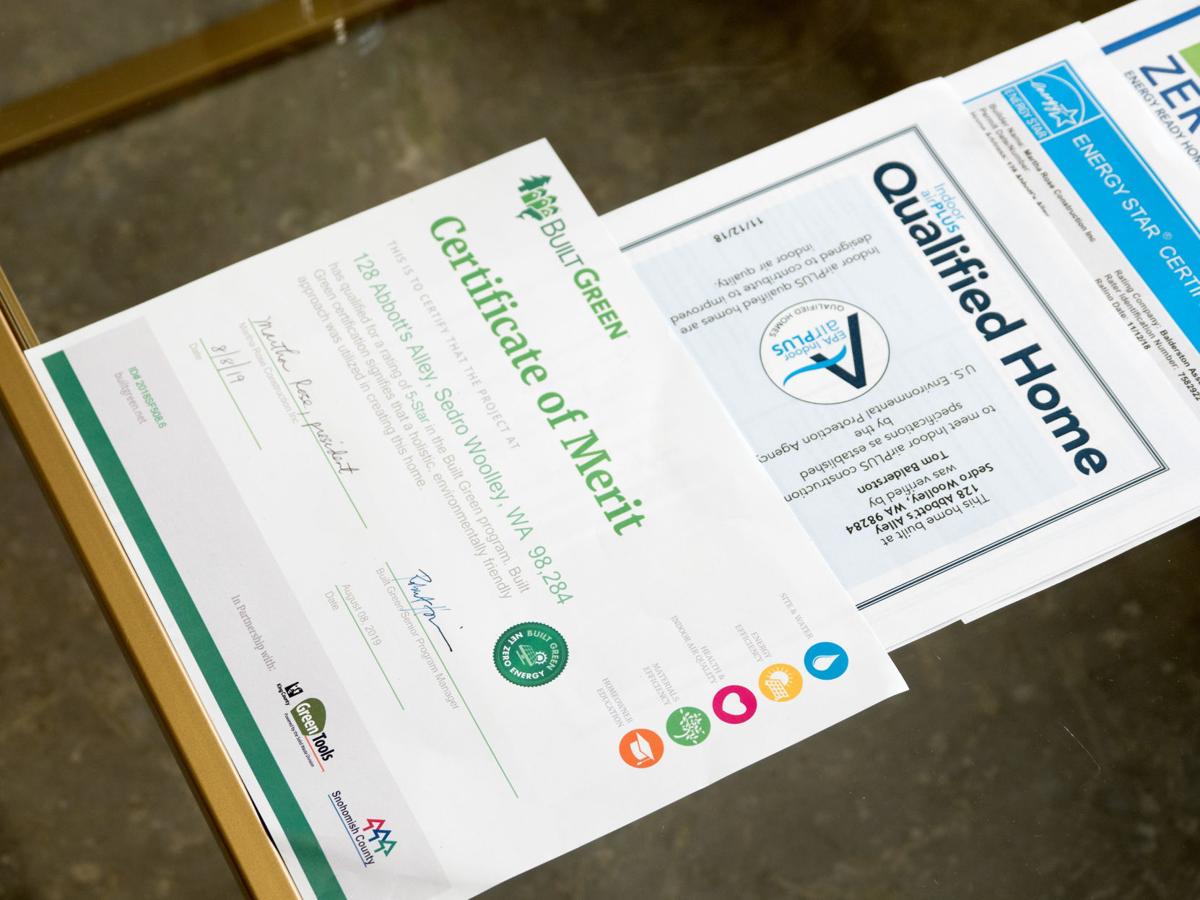 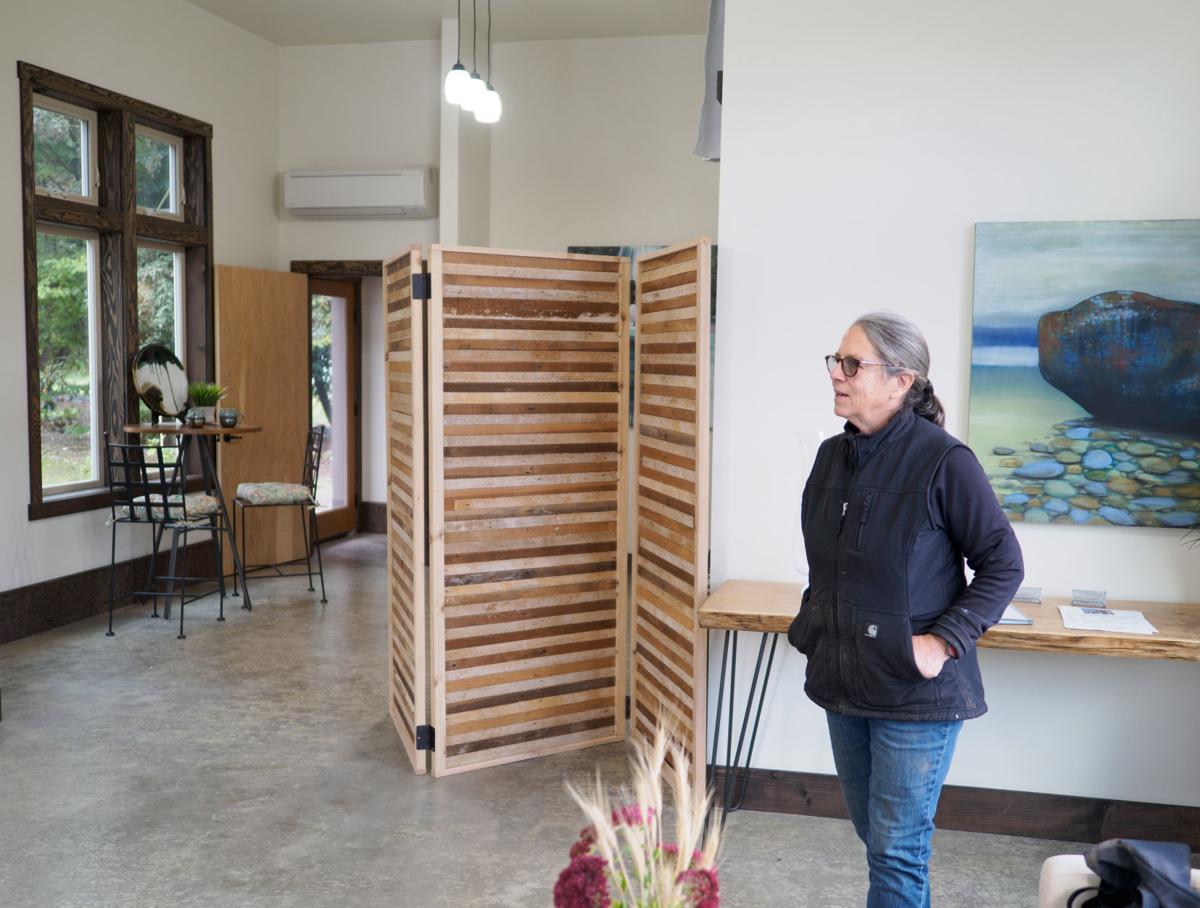 Martha Rose, builder of Abbott's Alley, talks Thursday about the design concept and green certification that the homes were built to achieve. 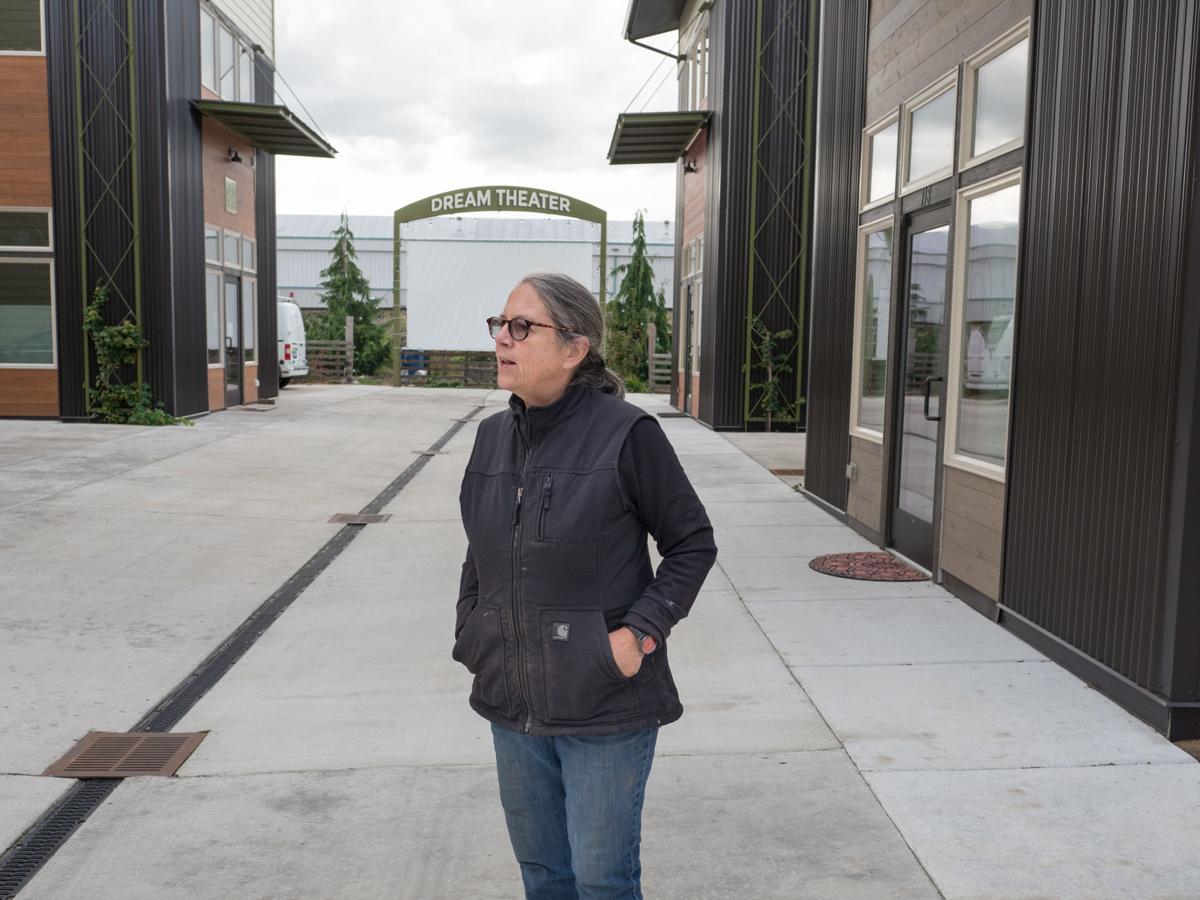 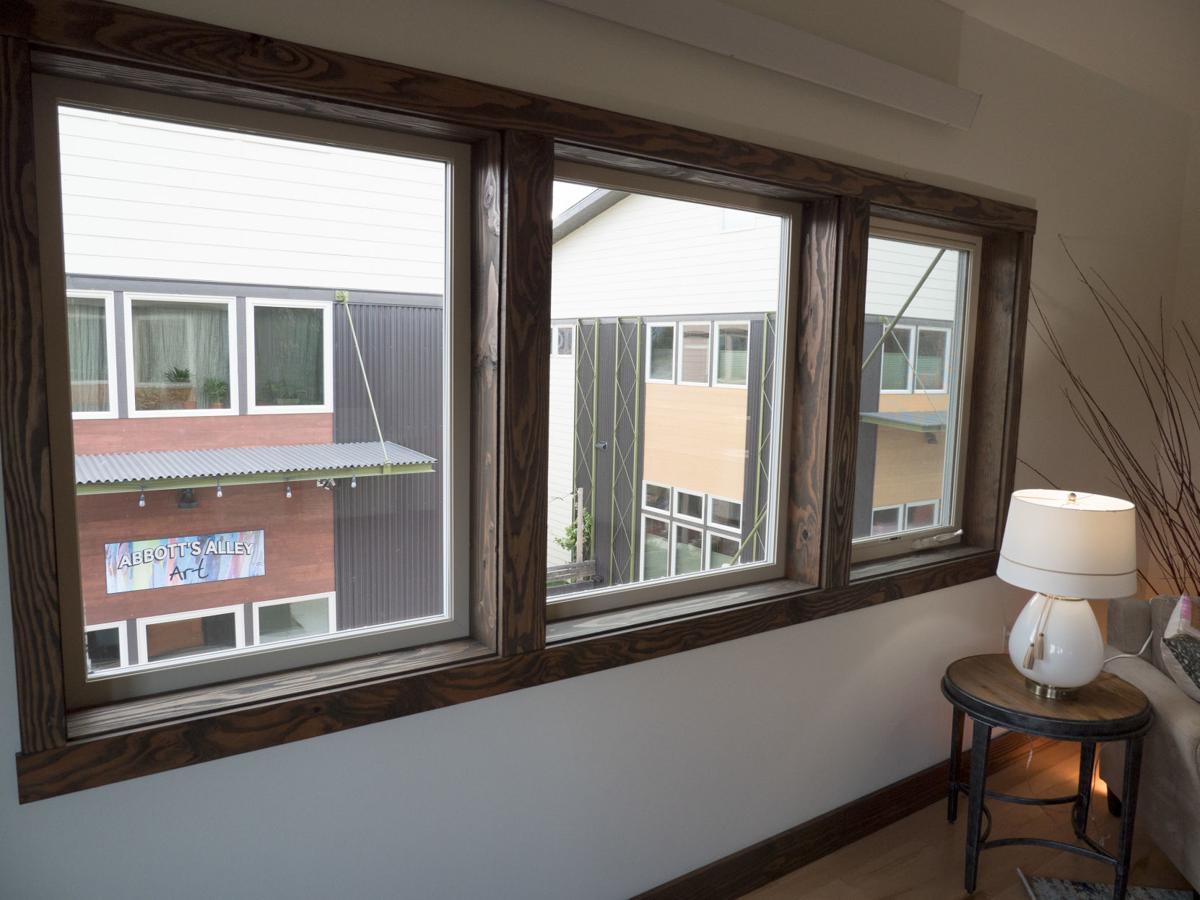 The six Abbott's Alley units are built around a common space. 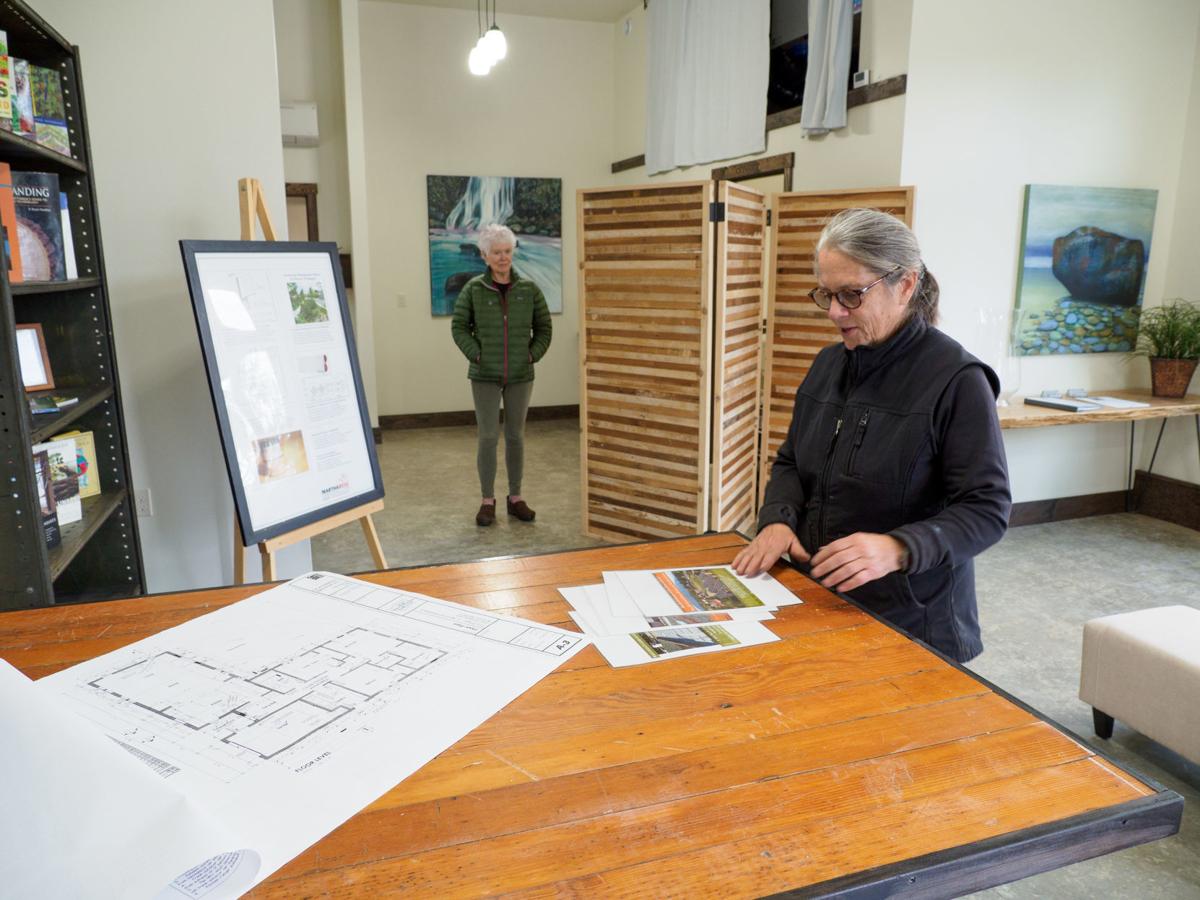 Abbott’s Alley live-work units in Sedro-Woolley are designed to allow the owners to have a business on the ground floor and live upstairs.

Martha Rose, builder of Abbott's Alley, talks Thursday about the design concept and green certification that the homes were built to achieve.

The six Abbott's Alley units are built around a common space.

SEDRO-WOOLLEY — Jen Gilman was sick of the long commute to her job and a noisy office work environment.

After three years of looking for a house that would allow her to work from home, she found the right fit — new live-work units in Sedro-Woolley, the first of their kind in the city.

“This is really convenient for me,” said Gilman, who is a consultant for the state Department of Transportation. “I can hammer away downstairs and go upstairs when I’m done.”

The enclave of six live-upstairs-work-downstairs units called Abbott’s Alley is across from the Sedro-Woolley Municipal Building.

“Everything here is walkable,” Gilman said.

Martha Rose Construction finished building the units in May, said owner Martha Rose. She has sold four of the 1,750-square-foot units, is renting a fifth and the sixth is for sale for $397,500, which includes a solar panel array.

“It’s a really practical design,” Rose said. “It’s getting back to our roots, where people lived above their shops.”

Though the units were built to have separate living and working spaces, city code requires only the two units facing the street to have a commercial use on the ground floor.

Rose calls the units “city cabins” and said her vision was to create an enclave of businesses — artist studios, retail spaces and offices — with a similar feel to Seattle’s Post Alley.

“My goal is to have six thriving businesses that help each other out,” she said.

Rose, who lived in Seattle before coming to Sedro-Woolley four years ago, said she was inspired to build homes that “get back to basics” and give homeowners what they need to be healthy and comfortable.

The units have three floors with open floor plans that allow owners to break the space up how they’d like, she said.

“I want to build in a way that’s flexible,” Rose said. “If the financial tide turns, you have some options.”

For example, the space could be structured to accommodate relatives or friends, she said.

Rose said the homes have “net zero” energy use, meaning they produce as much energy as they consume. The units include energy-efficient lights and appliances, and materials such as concrete that reduce the need for heating and cooling. Rose, who lives in one of the units, said her energy bill is $8 a month.

The fact that the buildings are airtight also improves energy efficiency, and a ventilation system allows air circulation without opening windows, Rose said.

“Very important to me was to have a place with imagination to it, and green building — things like ultra-insulated materials,” said Lois Moore, who owns one of the units.

She said she plans to use the ground floor to host family and friends, but that could change later.

Betsy Carroll, who owns another live-work unit, said she and her husband were most excited about the building’s “green” construction, which was important to them to help address the climate crisis.

She noted that she likes the neighborhood feel of six units clustered around a common space. There is a shared shed with garden tools and equipment, and a fire pit area.

Rose said those who work in live-work units can save both time and money.

“You capture back up to two hours of a day and are saving money on gas,” she said.

While not a new concept, live-work is something relatively new to municipal codes, Rose said.

Rose said she believes most cities allow live-work units, even if their codes don’t specifically address them.

Anacortes permits live-work units in commercial and mixed-use zones, and has a new live-work overlay as a part of recent code updates.

He estimates that citywide there are about 10 to 15 units where property owners live above or alongside their businesses, such as bookstores or art studios.

“In major portions of town, this is an allowed use,” he said. “It’s the (property owner’s) free will to do it. The idea with regulations, you want it flexible, you don’t want it so onerous to preclude them from doing it.”

Living space in the “watchman or caretakers quarters” is limited to 750 square feet, Phillips said.

The Abbott’s Alley live-work units have larger living spaces. Rose said about 70% of the space — or about 1,225 square feet — is for living.

She said while many choose to work from an apartment or single-family home, live-work units offer specific advantages, such as the ability to invite the public into your space and have multiple employees.

Rose said the work spaces could suit a wide variety of businesses, from architects or attorneys to massage therapists or bike shops.

“It’s really up to someone’s imagination,” she said.