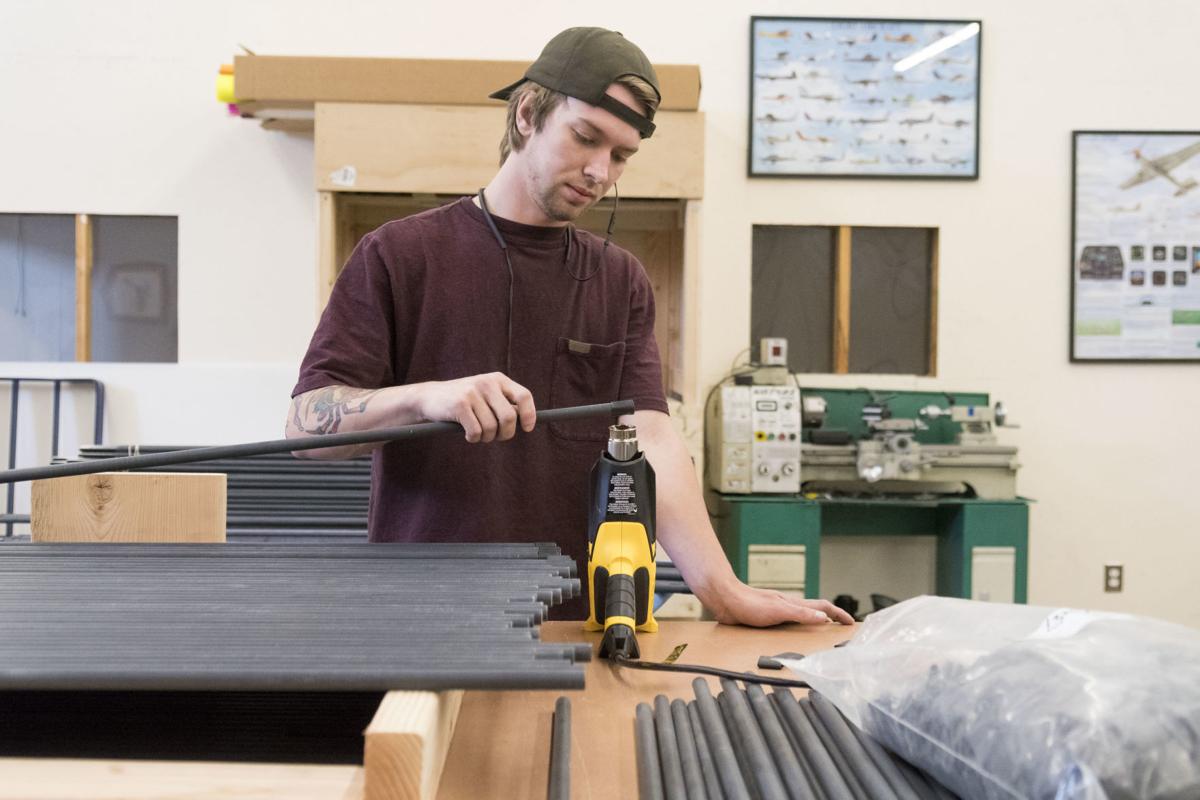 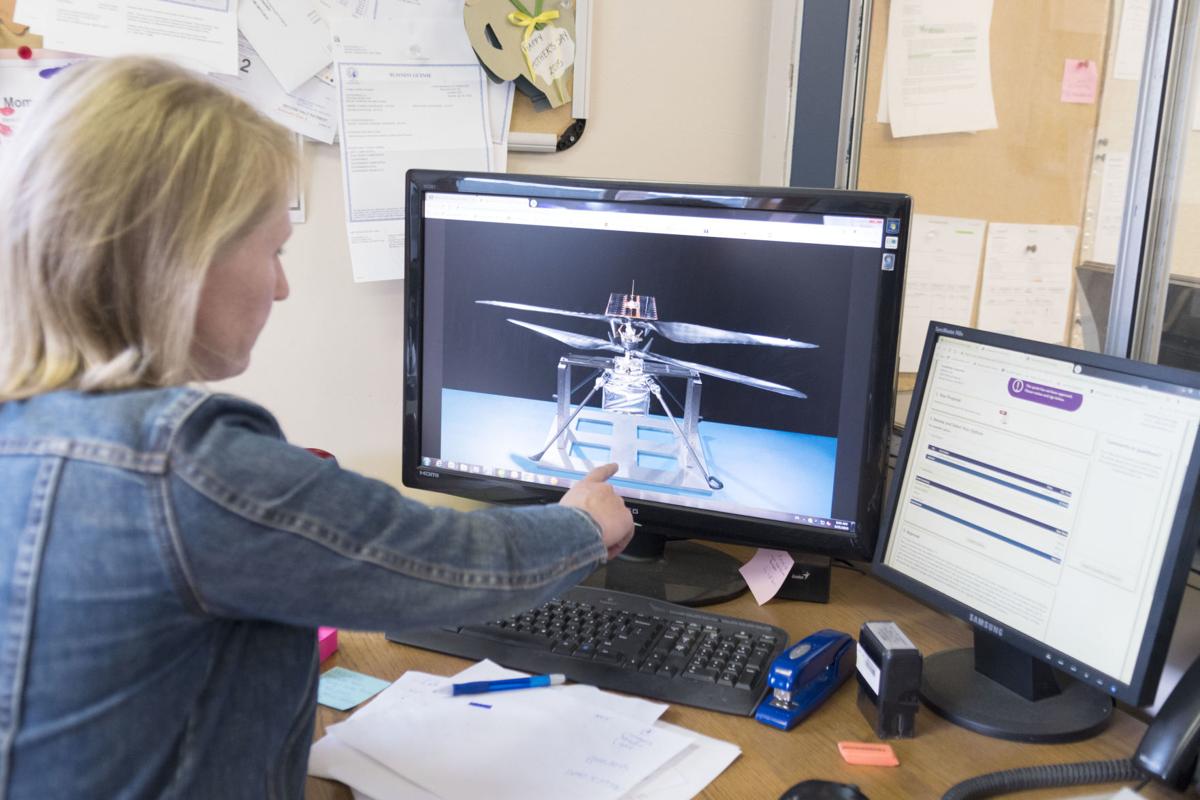 Goodwinds Composites co-founder Amelia Cook shows a rendering of the NASA Mars helicopter in June 2019 at the company in Mount Vernon. 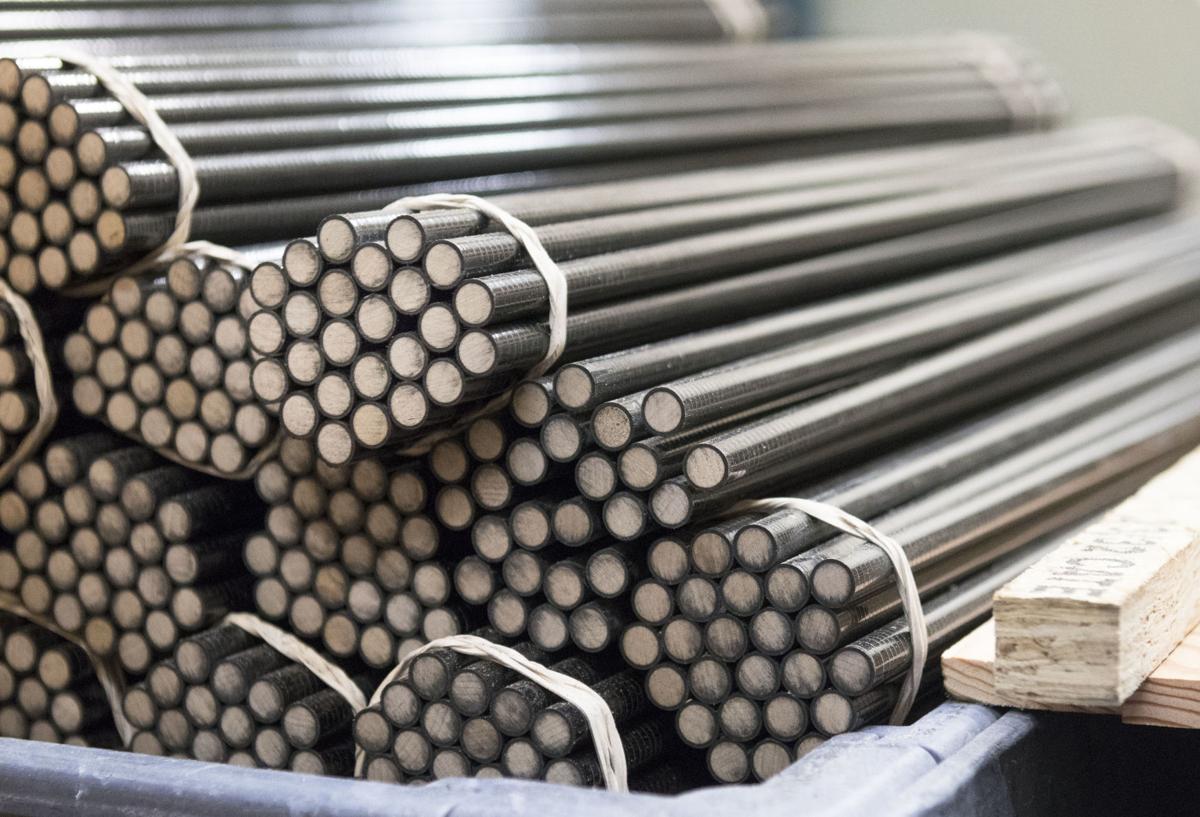 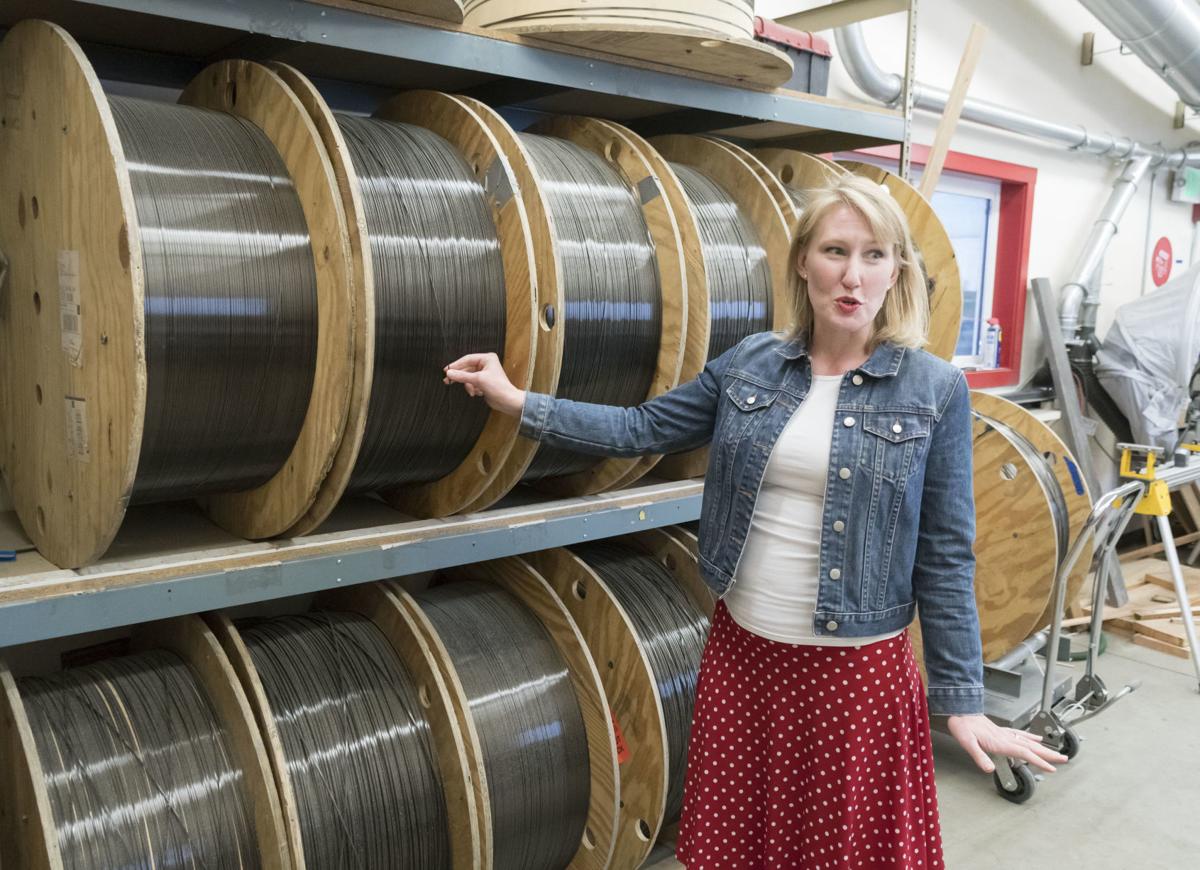 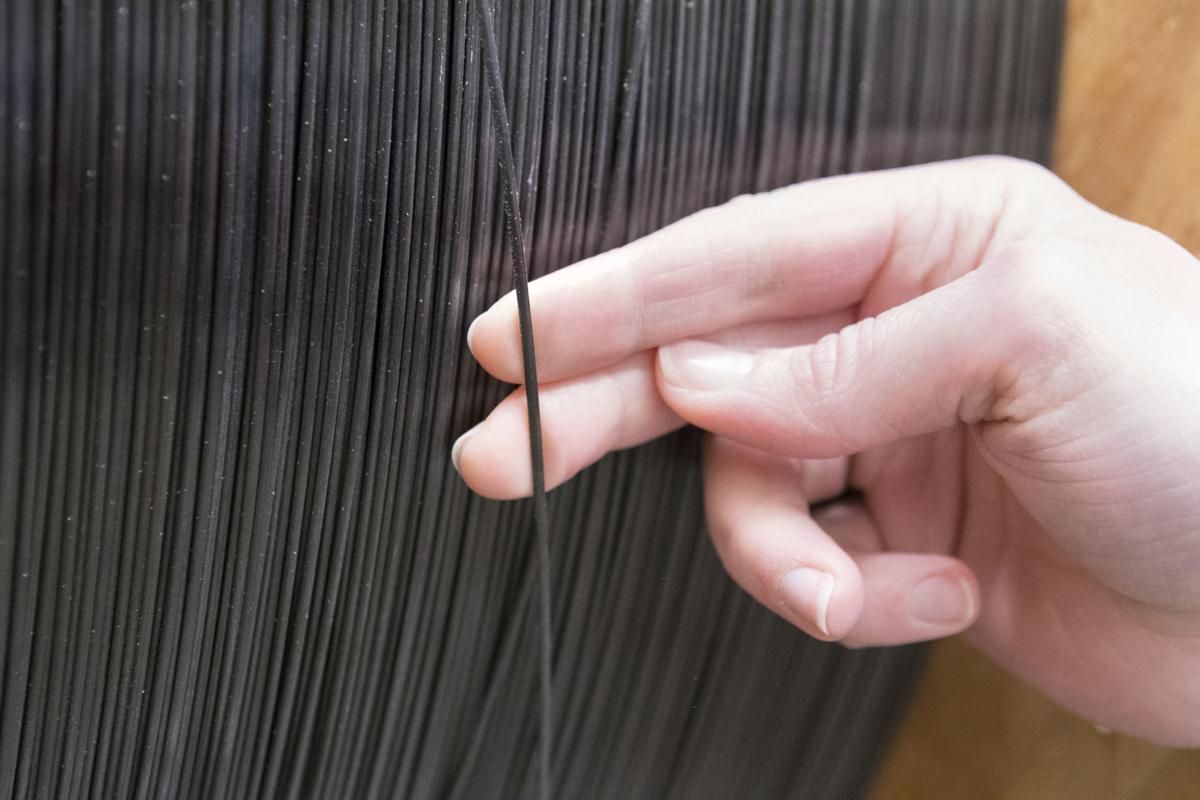 Goodwinds Composites co-founder Amelia Cook shows a rendering of the NASA Mars helicopter in June 2019 at the company in Mount Vernon.

MOUNT VERNON — When NASA flies its first Mars helicopter on the red planet in 2021, Mount Vernon company Goodwinds Composites will share in that history.

The company helped engineer and manufactured the wrapped carbon tubes for the landing gear of the 4-pound, unmanned helicopter, said co-owner Amelia Cook.

Cook and brother Leland Holeman opened the business in 2008, and make carbon fiber and fiberglass tubes and rods. NASA contacted the company about a year ago about working on the helicopter project, Cook said.

“It will be really cool to say something we manufactured went to Mars,” she said.

The helicopter, which is undergoing its final phase of testing, is scheduled to launch in July 2020 with land vehicle the Mars rover, and reach the planet in 2021.

The helicopter will be the first heavier-than-air vehicle to fly on Mars, which has an atmosphere thinner than Earth’s, according to a June article from NASA’s Jet Propulsion Laboratory.

The helicopter may be used in future missions to access hard-to-reach places and obtain aerial images.

Cook said demand is growing for composites such a carbon fiber, which is made from carbon fiber strands and a binding agent. Carbon fiber has advantages in that it is lightweight and durable, she said.

The company’s machines can cut to specific width and thickness, and create carbon tubing as thin as wire.

“Anywhere weight is a factor is where carbon is becoming the norm,” Cook said.

Applications include aerospace and medical equipment and high-end hobbies such as model airplanes. Cook said the company has more orders than it can fill at the moment.

The company hopes to add four employees to its 11-person crew by the end of summer and eventually expand into a larger building, she said.

Cook said the company wouldn’t hesitate to work on another NASA project.

“It’s great to be innovative and getting inquiries from customers like NASA,” she said.