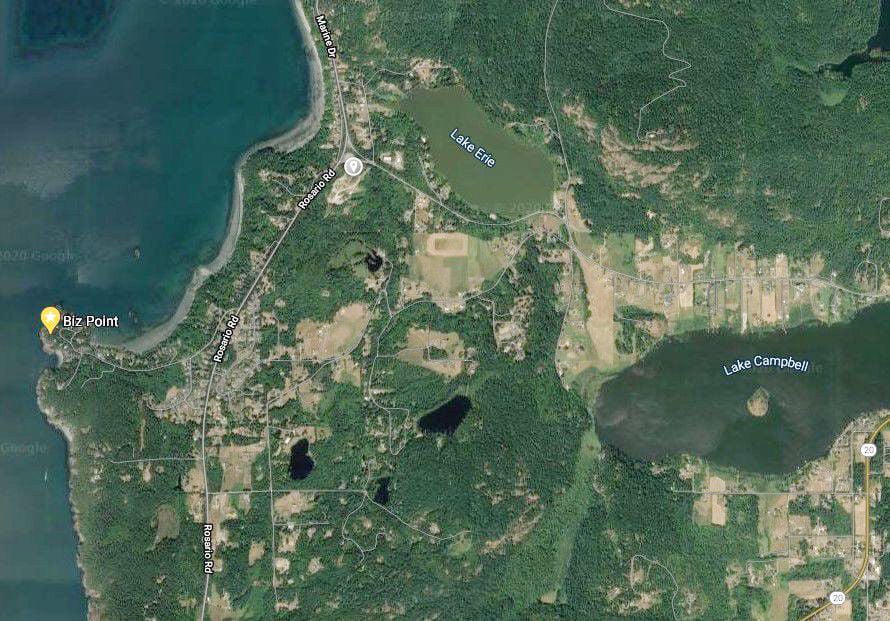 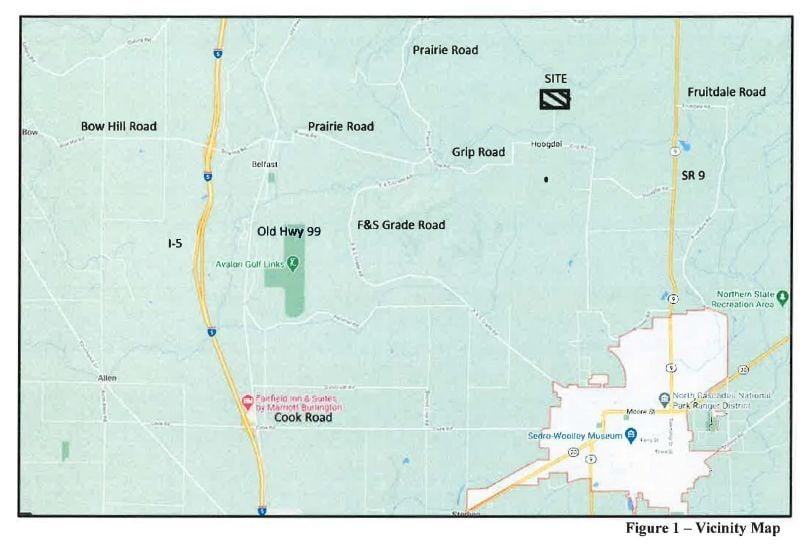 Concrete Nor'West proposes converting a 68-acre wooded area, shown on the map, into a mine. The company estimates it would haul 4.3 million cubic yards of gravel from the site over 25 years. 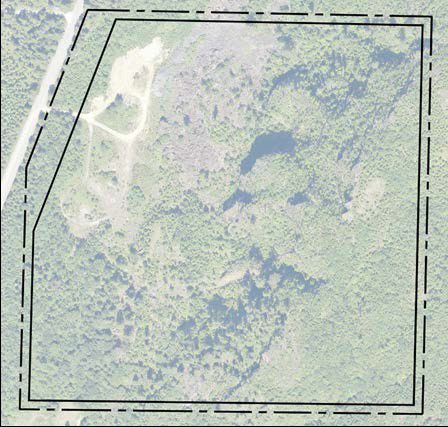 Skagit County Hearing Examiner Wick Dufford on Monday approved the expansion of a gravel and sand mine on Fidalgo Island.

His granting of a special use permit will allow Lake Erie Pit to mine 60,000 tons of material per year for 60 years from 53.5 acres off Rosario Road near Lake Erie.

Dufford's decision to allow the mine to expand from its current 17.7 acres comes about a month after hearing from 34 residents against the proposal.

"The public testimony was overwhelmingly against granting the permit. A number of speakers urged doing more study before reaching a decision," the Hearing Examiner's notice of decision states.

"The question of the appropriate use of the site has been legislatively resolved by the approval of an enlarged Mineral Resources Overlay (MRO) which encompasses the area of the applicant’s mining proposal," Dufford's decision states.

That overlay is meant to allow continued operation of existing natural resource industries and ensure that the use of adjacent lands — such as those where housing has been built following the establishment of the mine in the 1930s — does not interfere with the extraction of minerals.

In an effort to address some of the public's concerns, Dufford's approval includes several conditions the owner, Bill Wooding, must meet.

The conditions include meeting requirements previously laid out in the mitigated determination of significance issued under the State Environmental Policy Act (SEPA), operating only during daylight hours, and conducting rock crushing only twice a year for no more than a month in the spring and fall.

To ensure those conditions are met, Dufford is requiring review of the operation every five years, starting in 2025.

The proposed operations must begin within two years of the permit approval, and the permit will become void if the use is abandoned for more than a year.

The mitigation requirements in the SEPA determination include adding infrastructure to the mine property to reduce noise, dust and traffic impacts. They also include 100-foot setbacks and prohibit mining on one of Wooding's parcels in an effort to avoid impacting neighbors, the closest of which are 200 feet from the mine property.

Two other proposed gravel mines in the county — one near Marblemount and one northwest of Sedro-Woolley — remain under review and face pushback from residents.

Skagit County Planning and Development Services has been reviewing a proposed Concrete Nor'West gravel mine off of Gripp Road northwest of Sedro-Woolley for several years.

Concrete Nor'West proposes converting a 68-acre wooded area into a mine and extracting 4.3 million cubic yards of gravel from the site over 25 years. On Oct. 8, in response to the county's request for more information, Concrete Nor'West submitted updated application documents.

Planning and Development Services has since received two public comment letters from area residents that urge further study including for the endangered Oregon spotted frog recently discovered in the nearby Samish River watershed.

The Washington Geological Survey, which operates under the state Department of Natural Resources, is similarly reviewing project information for the proposed Cascade Big Bear gravel mine near Marblemount.

Following public outcry over that proposal — essentially a scaled-down version of an earlier Kiewit Infrastructure proposal to mine large rock from the site — Natural Resources opened a second public comment period Oct. 28 to Nov. 12.

The additional input received is now under review.

The Cascade Big Bear Mine is proposed by Cunningham Crushing to mine fallen rock from 9.6 acres off Rockport Cascade Road. The plan is to remove 1.2 million tons of material over about 20 years.

Residents push back against mining proposals