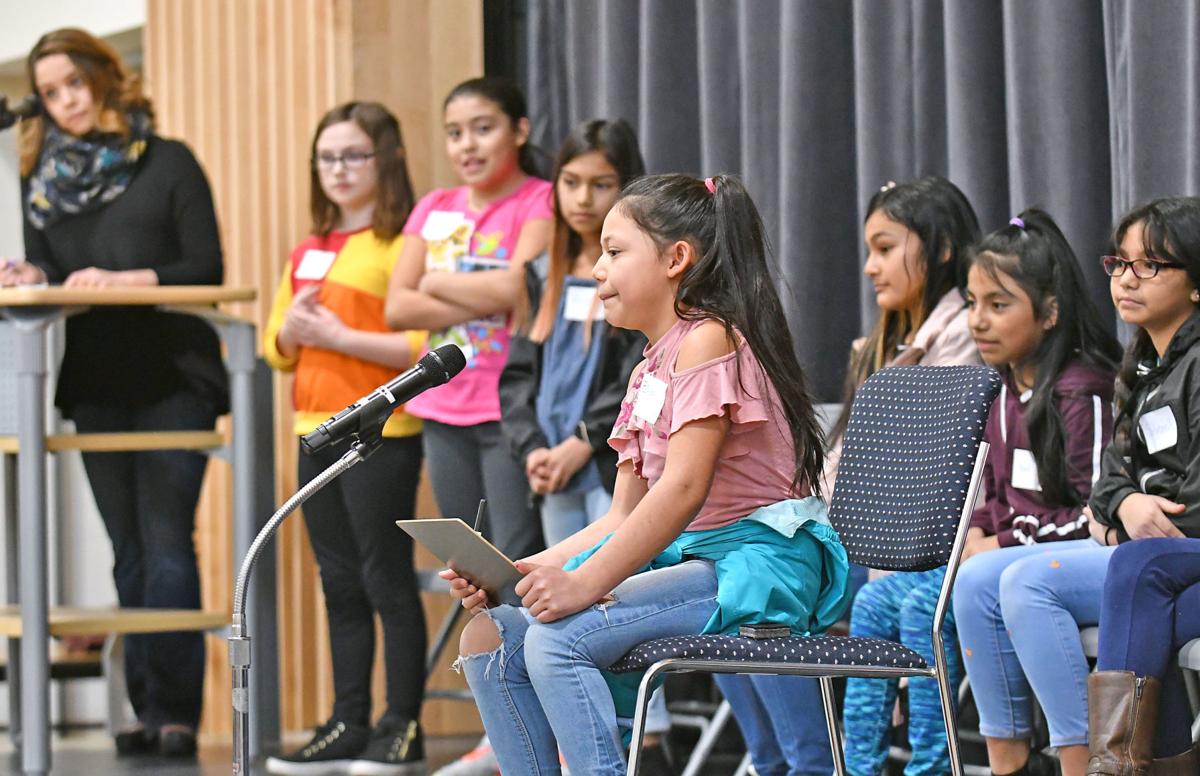 Madison Elementary School fourth-grader student Zayda Barajas spells a word Friday during the school’s Spanish spelling bee. The Spanish language bee was a first for the state of Washington. 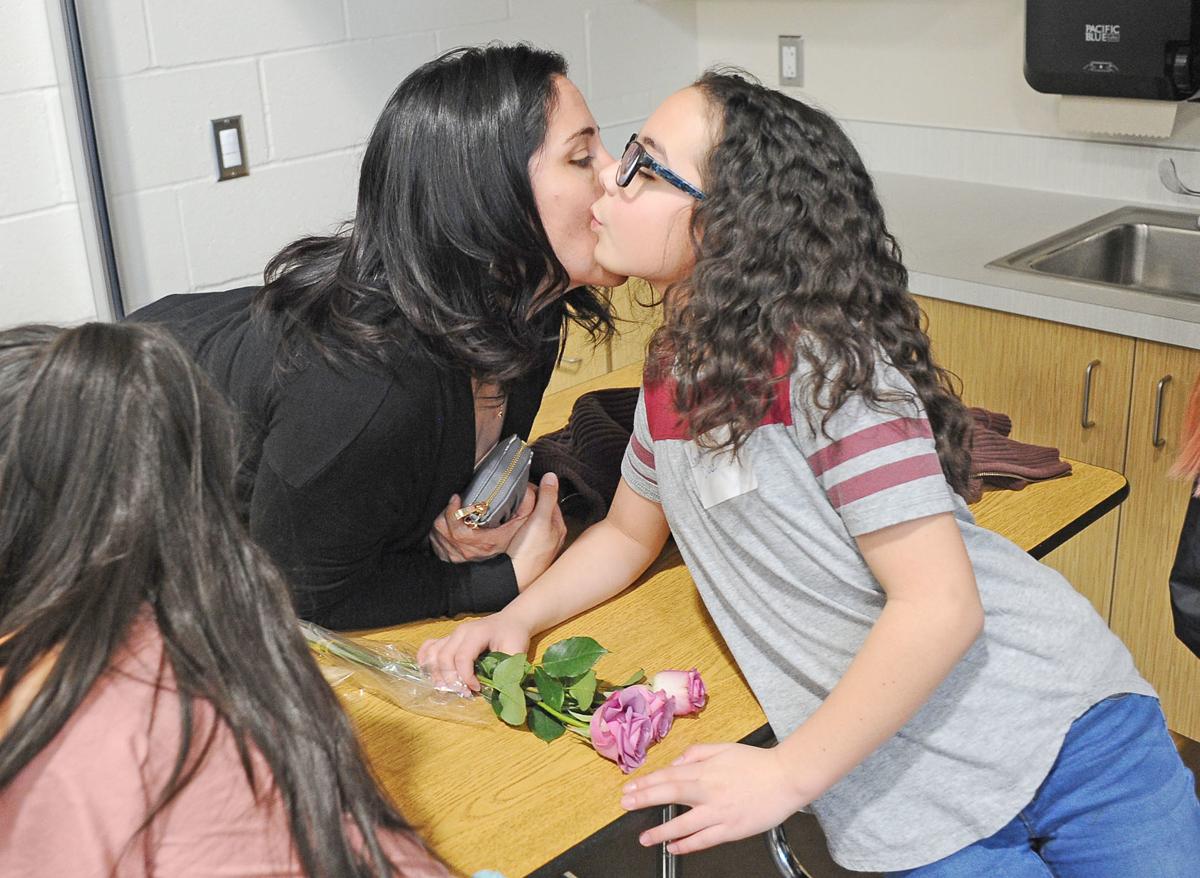 Vanessa Diaz gives her daughter Grace Diaz, a fourth-grader, a kiss and some roses Friday after Grace was eliminated from the spelling bee. 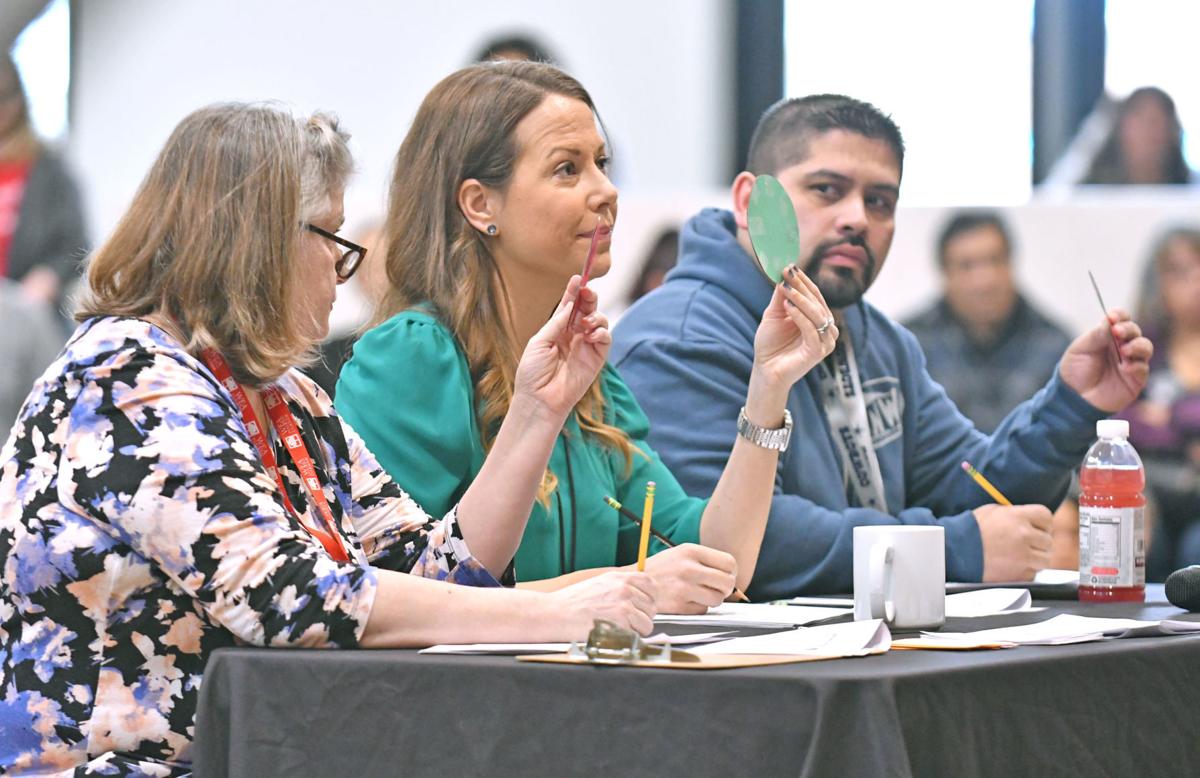 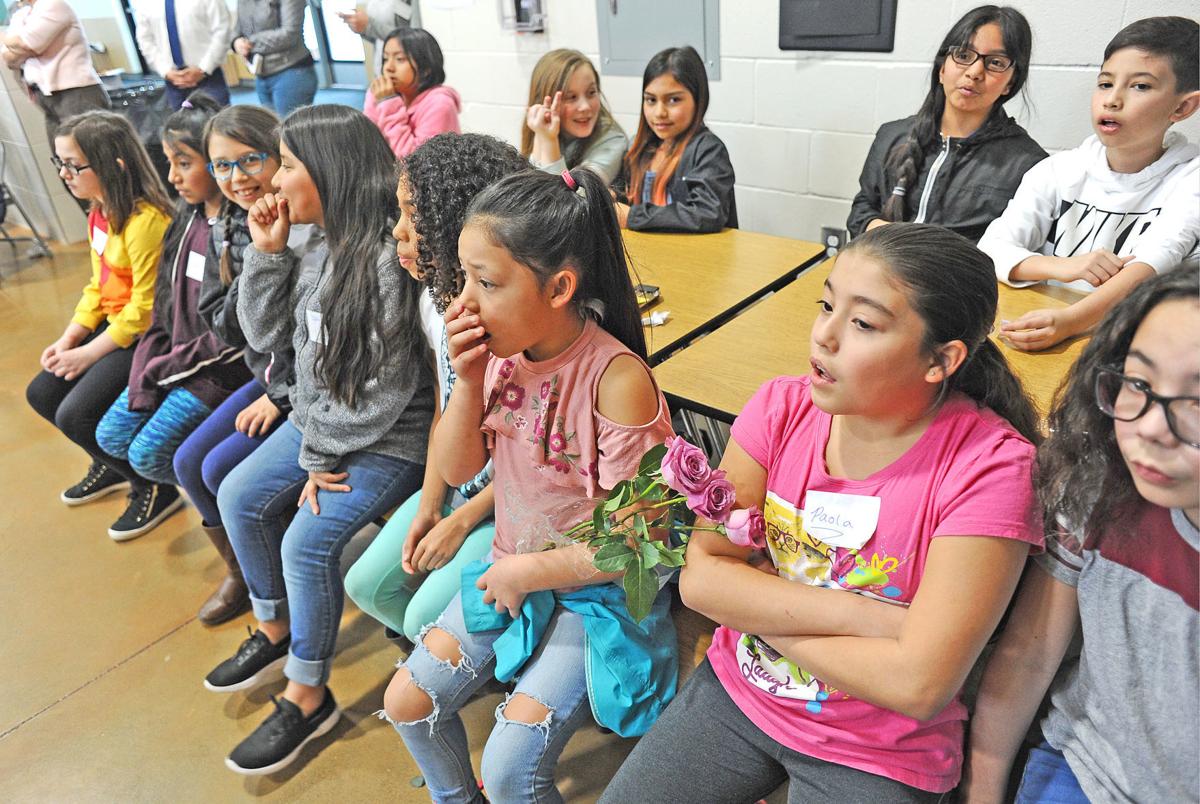 Students who were eliminated react Friday as the remaining contestants battle in out during Madison Elementary School’s Spanish spelling bee. 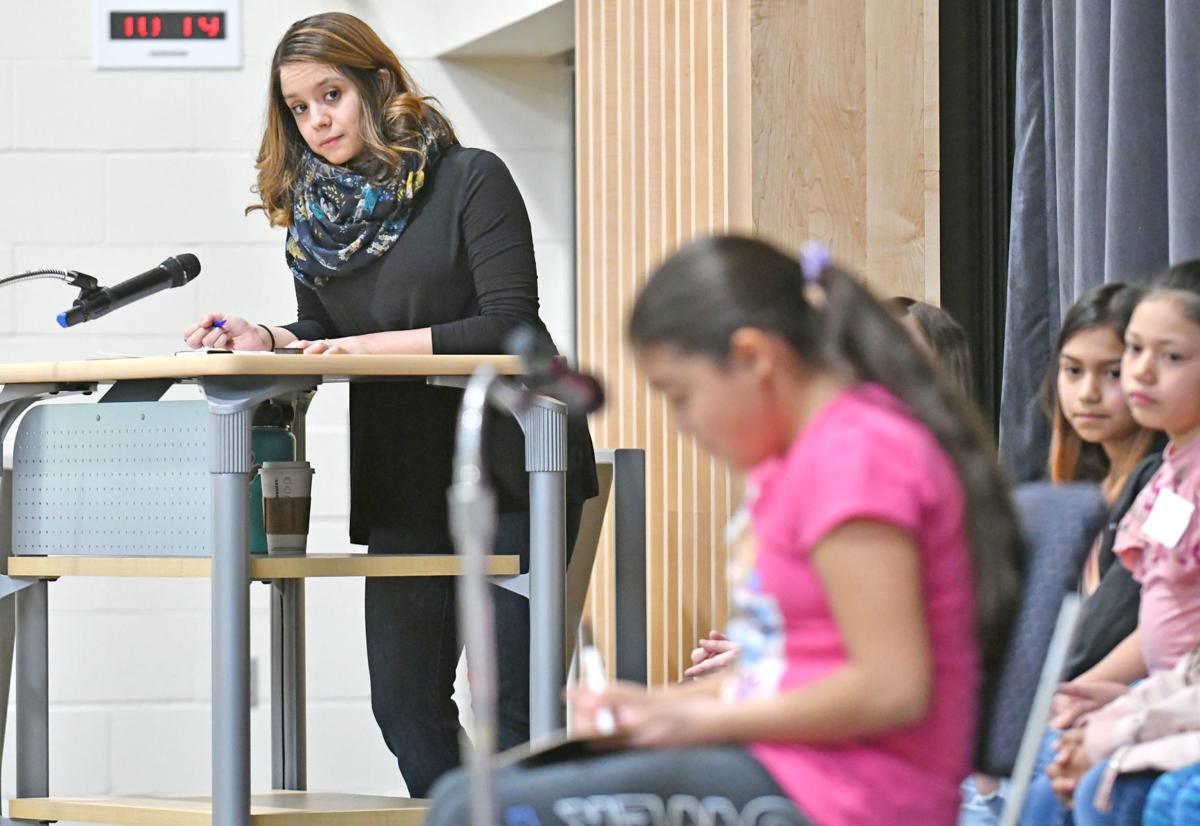 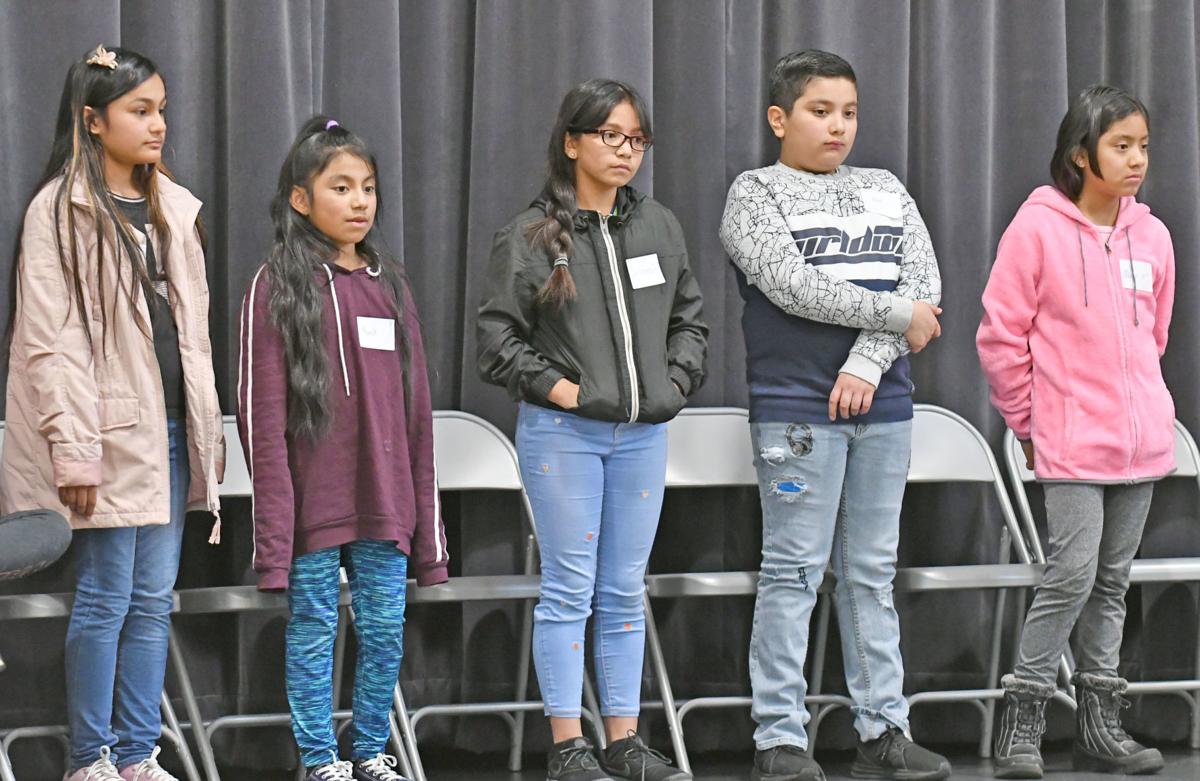 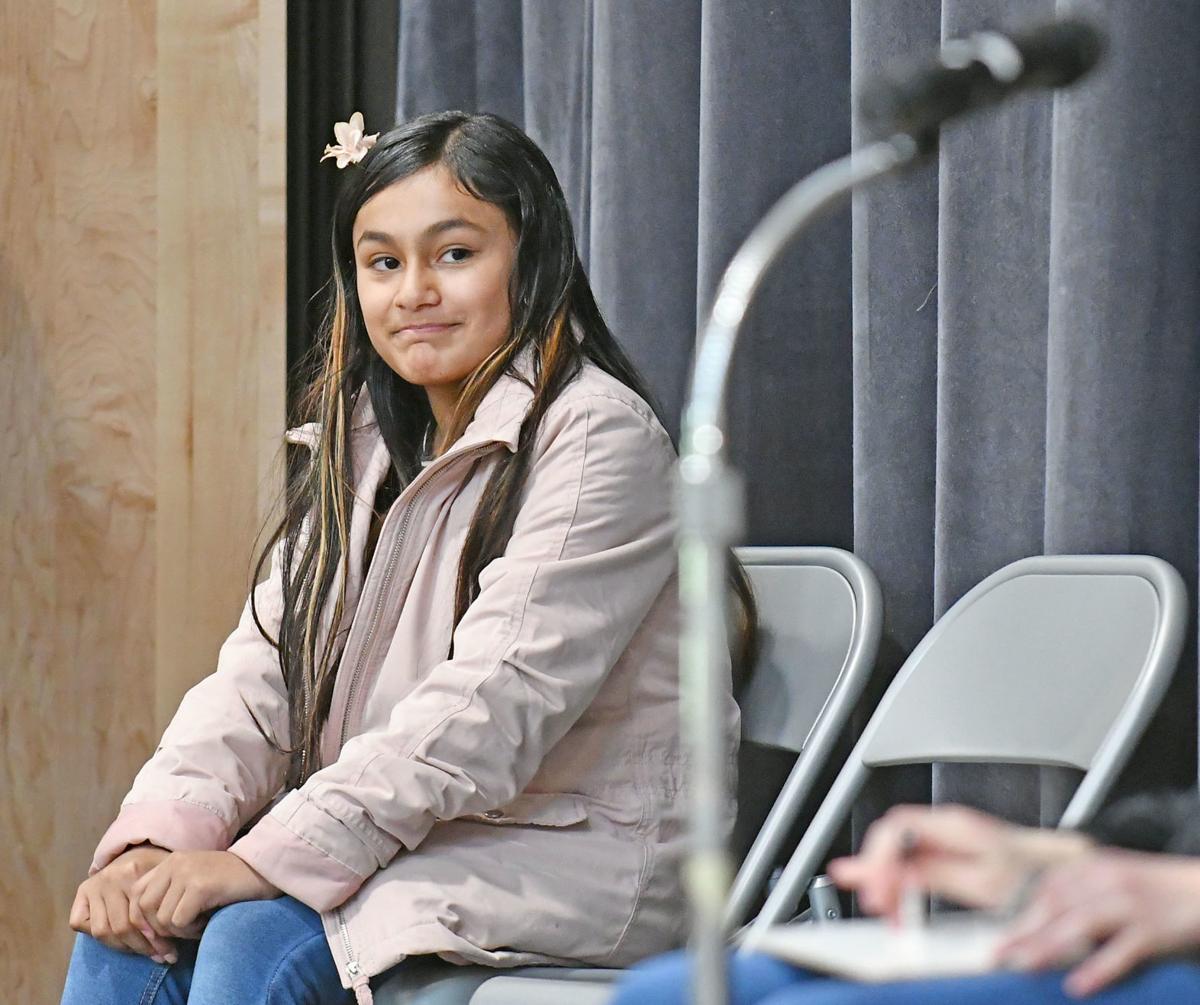 Madison Elementary School fourth-grader student Zayda Barajas spells a word Friday during the school’s Spanish spelling bee. The Spanish language bee was a first for the state of Washington.

Vanessa Diaz gives her daughter Grace Diaz, a fourth-grader, a kiss and some roses Friday after Grace was eliminated from the spelling bee.

Students who were eliminated react Friday as the remaining contestants battle in out during Madison Elementary School’s Spanish spelling bee.

After a contest that lasted nearly two hours, Lus was named the champion of the school’s spelling bee. But this year, there was a twist — all the words were in Spanish.

“I didn’t really think I was going to win,” Lus said. “I think I’m better at English than Spanish.”

This year, Madison Elementary became the first school in the state to participate in the National Spanish Spelling Bee.

“It’s something that represents all the work we’re doing here with the language and the culture, and validating everyone at our school,” said Principal Juan Gaona.

Madison, which is currently housed at the new Harriet Rowley Elementary School while a new Madison Elementary is being built, is the Mount Vernon School District’s dual-language elementary school, meaning students take classes in English and Spanish.

Participating in the National Spanish Spelling Bee, he said, fits right in with the school’s identity.

“It fits in with the project we have to get our kids to be highly literate in both languages,” Nordal said. “It raises the attention the kids give to spelling.”

The National Spanish Spelling Bee was started in 2011 by David Briseño, a retired bilingual educator from New Mexico.

“English is the language of success in our country, we all know that,” Briseño said by phone. “But I also know the ability to communicate in more than one language is a gift.”

When Briseño was teaching, New Mexico had a statewide Spanish Spelling Bee, but there was no higher level where students could compete.

Nine years later after the first national bee, nearly 200 schools from throughout the country participate.

Like Madison, most of the schools that participate are dual-language, Briseño said.

“It’s celebrating the fact that there are other languages that should be celebrated as much as English,” he said.

“(It’s) being able to see that our students are bilingual and that it’s an asset,” he said. “What they bring to our school, we’re honoring it.”

Every fourth- and fifth-grader participated in a classwide spelling bee, he said, with the top two from each class moving on to the schoolwide bee.

As the competition got down to the final two spellers, gasps filled the room after each word.

For seven rounds Lus and fifth-grader Dulce Fierro-Flores went back and forth until it came down to one word: alegría, which is Spanish for “happiness.”

“I’m proud,” Lus’ father, Melecio Gallardo, said after his daughter won the competition. “But the most important thing is I want all the children to speak a little other language. This is like an example to me that we can do it, we can learn a second language.”

Whether his daughter won or lost, Gallardo said, he was proud that she participated and proud to send her to a school that would participate in the National Spanish Spelling Bee.

“Now, the kids have more opportunity than (my wife and I had),” Gallardo said. “It’s good for her, it’s good for everybody.”

With the understanding that some families may not be able to afford the trip, the school’s parent-teacher organization chipped in $2,000 toward expenses for the winner.

The national competition will be held this year in Denver. The top three contestants take home monetary prizes, Briseño said, with first place being awarded $500.

“I’m proud of our students and our staff and our community who came together to make this happen,” Gaona said. “Because the ones who benefit are the students.”