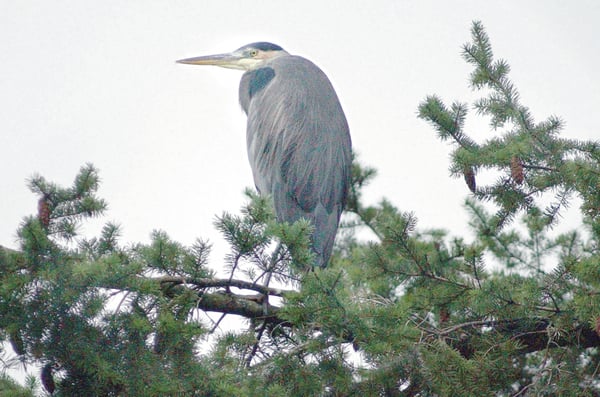 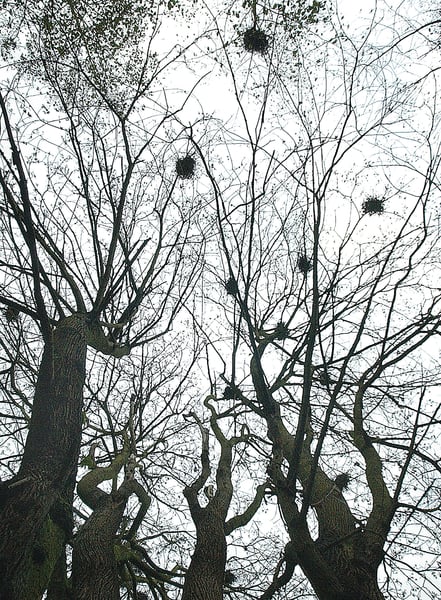 ANACORTES — In the forest land of March Point between Fidalgo and Padilla bays, Skagit County is home to one of the largest groups of nesting great blue herons on the West Coast.

Skagit Land Trust protects 3.5 acres in the area called the March Point Heronry, where an estimated 500 nests sit high in the trees. Public access is not allowed there because of habitat sensitivity, but in 2006 the installation of a wildlife camera connected people to the majestic birds that thrive along Skagit’s shore with live video in Bay View at the Padilla Bay National Estuarine Research Reserve and on the Reserve’s website.

The solar-powered camera quit transmitting last spring, cutting off ties between the reserve and the birds. But the Trust recently secured grants to purchase and install an upgraded version.

The new camera is expected to start streaming in late February and will also stream to the Trust’s website, Skagit Land Trust Development and Communications Director Lynne Jordan said.

“People love coming into the exhibits to see,” he said. “The view is incredible. You can zoom in and have the nest with the eggs right there; it’s quite exciting.”

Herons live here year-round, but start nesting in high density near the water for safety in numbers when predators like bald eagles make their way to the valley for the winter, Jordan said.

Their nesting season runs March through August and the camera — mounted 70 feet high in a tree — captures images from several surrounding nests.

“It’s interesting year round, but the most exciting is when the chicks are born, generally in May,” Jordan said.

The heronry is home to hundreds of the large birds that feast in the intertidal mud flats of Padilla and Fidalgo bays.

“That’s telling us how important these mud flats are ecologically,” Alexander said. “The Salish Sea is just a powerhouse of production … When the tide is out, the table is set.”

The Trust is working with technicians and tree climbers to complete the camera upgrade, Jordan said. The project is expected to cost up to $15,000. The D.V. and Ida J. McEachern Charitable Trust, Shell Puget Sound Refinery and The Mountaineers Foundation each contributed money for the replacement.