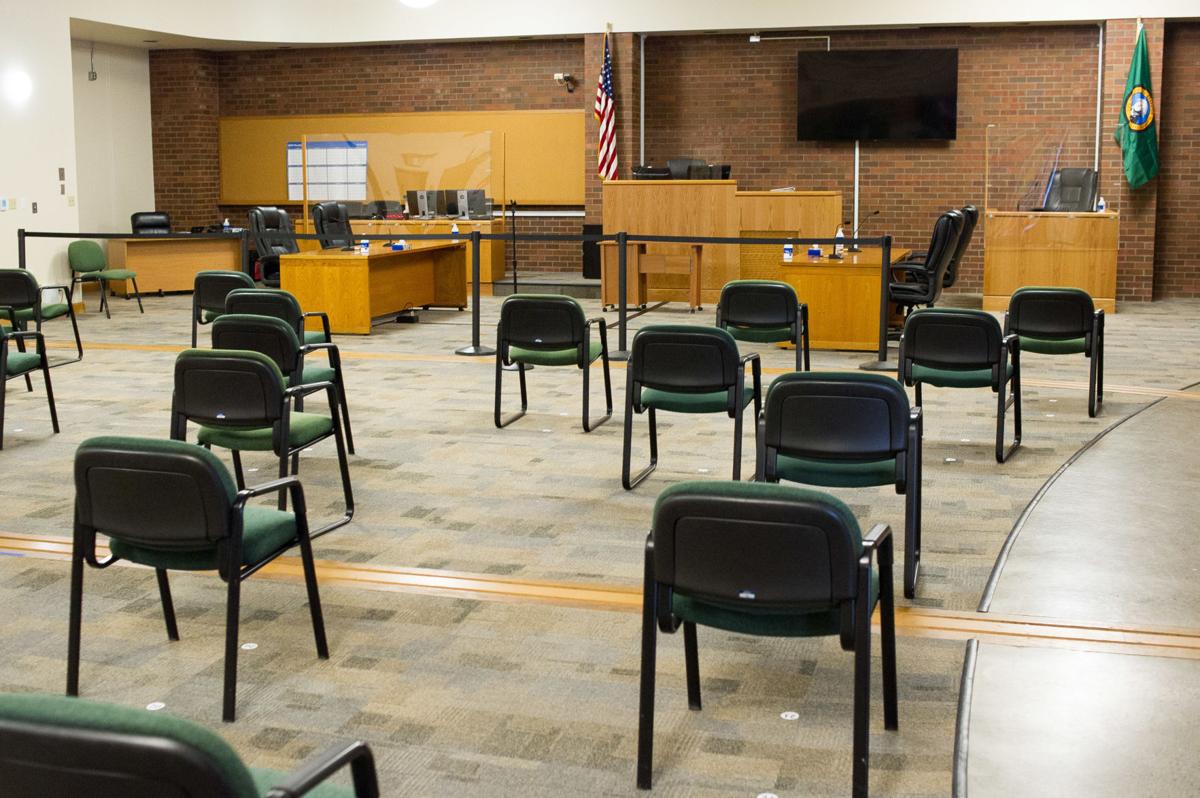 A Skagit County Superior Court room capable of holding jury trials during the COVID-19 pandemic is ready for use. The former hearing rooms adhere to COVID-19 restrictions, including space between chairs and plexiglass. 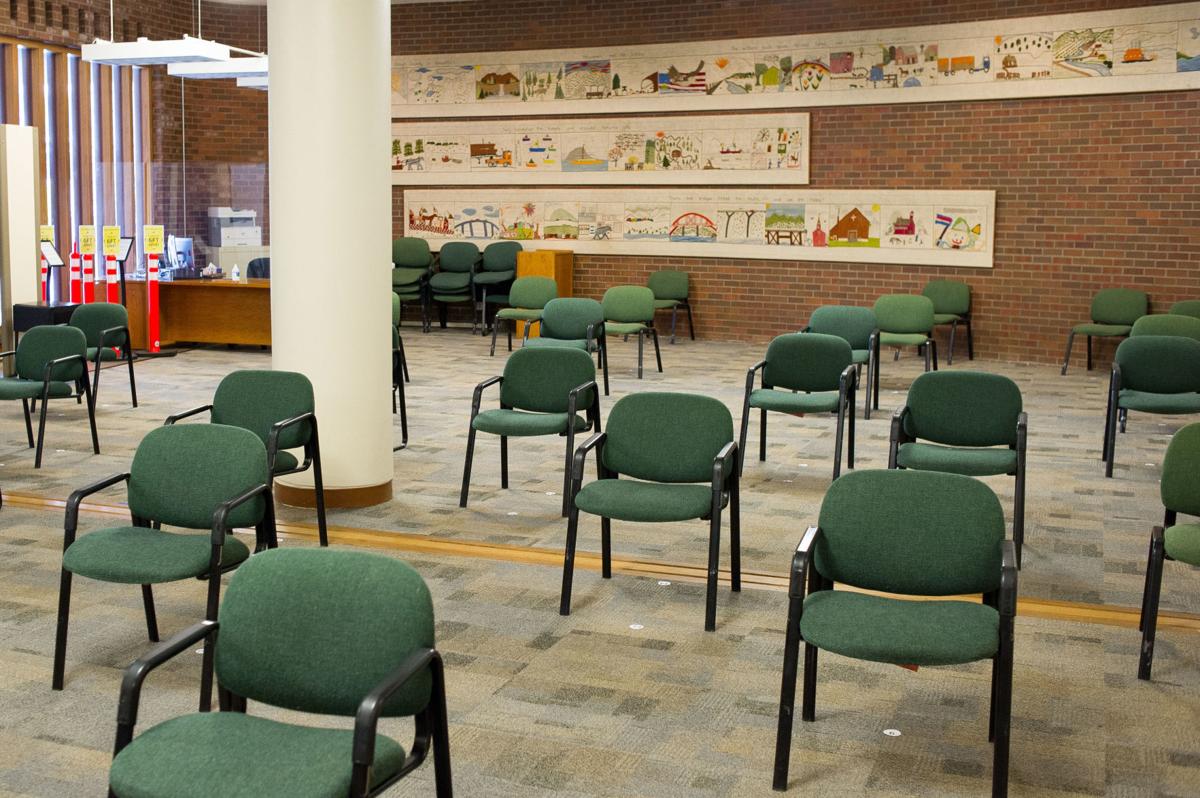 Six feet of space separates chairs that will hold jurors and spectators at a courtroom put together from three Skagit County hearing rooms.

A Skagit County Superior Court room capable of holding jury trials during the COVID-19 pandemic is ready for use. The former hearing rooms adhere to COVID-19 restrictions, including space between chairs and plexiglass.

Six feet of space separates chairs that will hold jurors and spectators at a courtroom put together from three Skagit County hearing rooms.

What is being referred to as Courtroom Five was formed when temporary walls were removed from three county hearing rooms in a building adjacent to the Skagit County Courthouse.

While the courtrooms in the courthouse would have been able to accommodate 14 people while abiding by COVID-19 social distancing requirements, the new courtroom can hold 40.

"Everything is being set up to protect the public," Presiding Judge David Svaren said. "We have jurors coming in who are members of the public and we owe it to them to keep them safe. That is, and has been, our major focus, which is safety for everyone concerned."

The work to convert the hearing rooms into a COVID-19 compliant courtroom began in June.

Though court staffers had hoped to resume jury trials in July, the process of putting together the new courtroom took longer than expected.

"There was significant work involved to remove excess furniture and move one large judge’s bench to the west wall so that it is now one large room," said Skagit County Superior and Juvenile Courts Administrator Lisa West. "Additionally, the new courtroom had to be rewired and equipped for sound and technical capabilities."

The new courtroom is spacious, cutting edge and a complete change from the norm.

Svaren said it looks nothing like something from the TV show "Perry Mason."

"It's got the best electronics of any courtroom in the county," he said. "It has the ability to wirelessly connect to people's hearing aides. We have some distances involved in this new courtroom, so we have to make sure people can hear. There's a new sound system, new electronics. It's pretty modern. The requirements to make this work were significant."

The judge's bench is situated at one end of the courtroom with the jury to sit directly in front. The defense and the prosecution are off to the sides. This was to allow for distance between all those in the courtroom.

"Everything is aligned differently. Not a single thing is the same," Svaren said.

Svaren said he and his fellow judges had plenty of input when it came to the courtroom's design, adding they worked closely with Skagit County Facilities staff.

"They were willing to take the lead for what we wanted," he said. "They had their own ideas, but we explained why we wanted things the way we wanted."

During the jury trial hiatus, there was plenty of action behind the scenes as lawyers worked to resolve cases whenever possible.

Hearings have been held through the video conference app Zoom, and the courtroom at the Skagit County Community Justice Center has seen increased use.

But some cases appear headed for jury trials, including some that will last for several weeks.

"So those will certainly result in somewhat of a backlog," Svaren said.

The new courtroom's use will continue beyond the COVID-19 pandemic.

"The courthouse needs seismic repairs and when those repairs happen, those courtrooms are going to have to be emptied out," Svaren said. "Now we have another courtroom we can use. It's going to make a huge impact and is going to serve the court very well."

As of Friday, Skagit County had 964 cases of COVID-19, an increase of six from the previous day, including 86 who are hospitalized or have been hospitalized and 22 who have died. A total of 629 people have recovered from the disease.