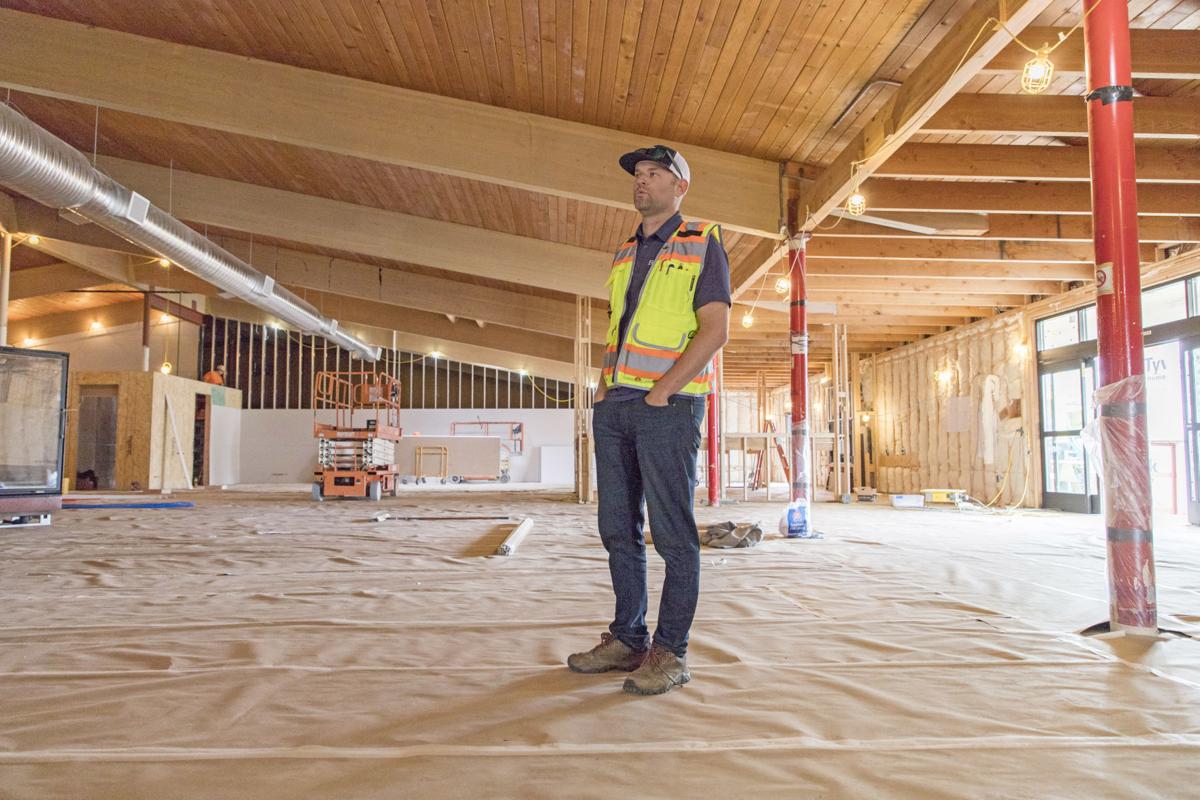 BYK Construction is remodeling a vacant building in Sedro-Woolley that will become a new grocery store. Here, Paul Woodmansee of BYK shows off the remodel progress on May 3. 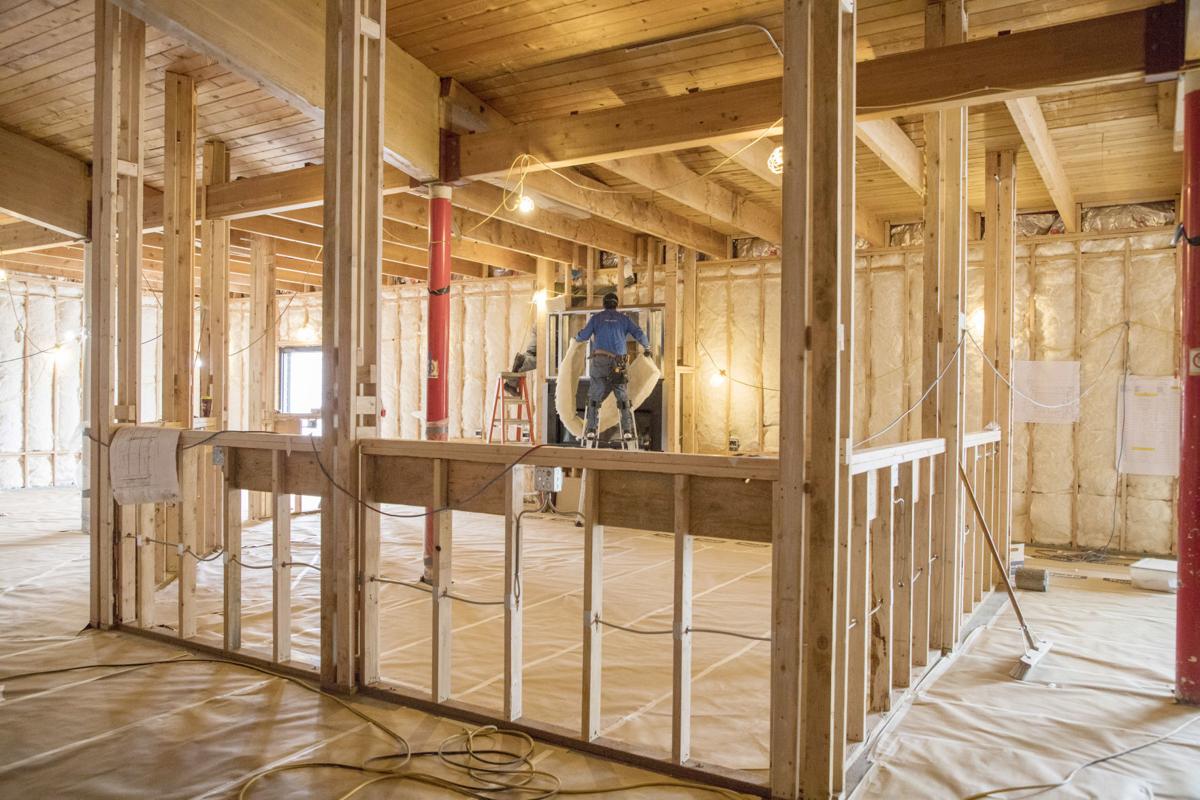 Plans for the store include an eating area and fireplace, shown here. 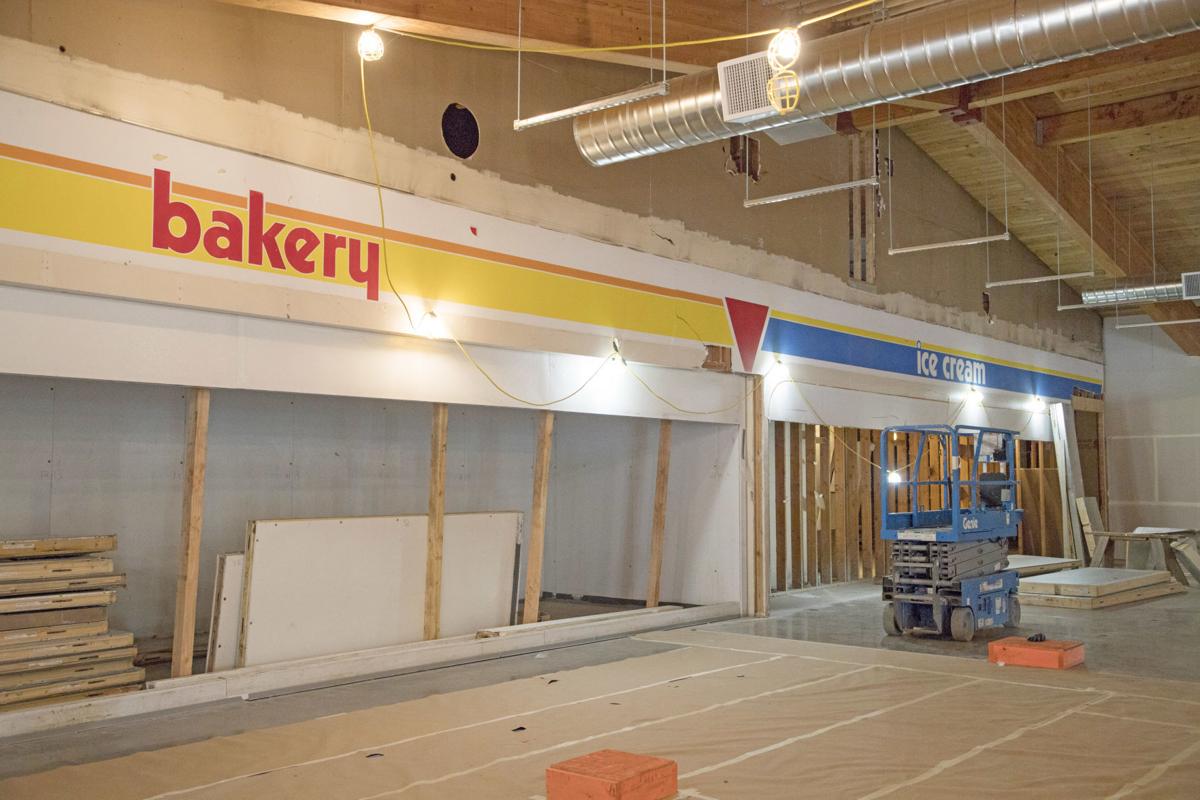 The building is set to open as Pioneer Marketplace this summer.

BYK Construction is remodeling a vacant building in Sedro-Woolley that will become a new grocery store. Here, Paul Woodmansee of BYK shows off the remodel progress on May 3.

Plans for the store include an eating area and fireplace, shown here.

The building is set to open as Pioneer Marketplace this summer.

SEDRO-WOOLLEY — Plans for a new grocery store in Sedro-Woolley are generating excitement among residents.

He estimates that the store closed well over 10 years ago.

The new store will be called Pioneer Marketplace and have the same owner as the Pioneer Market in La Conner, Woodmansee said. The goal is to open the store in mid to late summer, he said.

“The town is just beaming,” he said.

The need for an affordable grocery store, competitive pricing and new use for the empty building were some of the comments shared on a BYK social media post from March.

The store will be a full-service grocery and include an eating area and fireplace, Woodmansee said.

“I think people want their town to grow and to see new life,” he said.

Recently, Sedro-Woolley has seen an increase in other new business development.

Jo Ann Lazaron, who has lived in the area for 25 years, said residents have wanted a second grocery store for years. Currently, Food Pavilion is the only full-service option in the city.

“It’s been sitting there vacant and the building itself looks really bad and worn down,” she said. “It’s so nice to have someone come in, fix it up and bring in another grocery store.”

BYK purchased the property for $800,000 in November 2018, according to Skagit County property records.

The company also plans to remove 30 feet of the building and build a new retail building with two floors of apartments on top, Woodmansee said. He said he hopes to build 18 studio units.