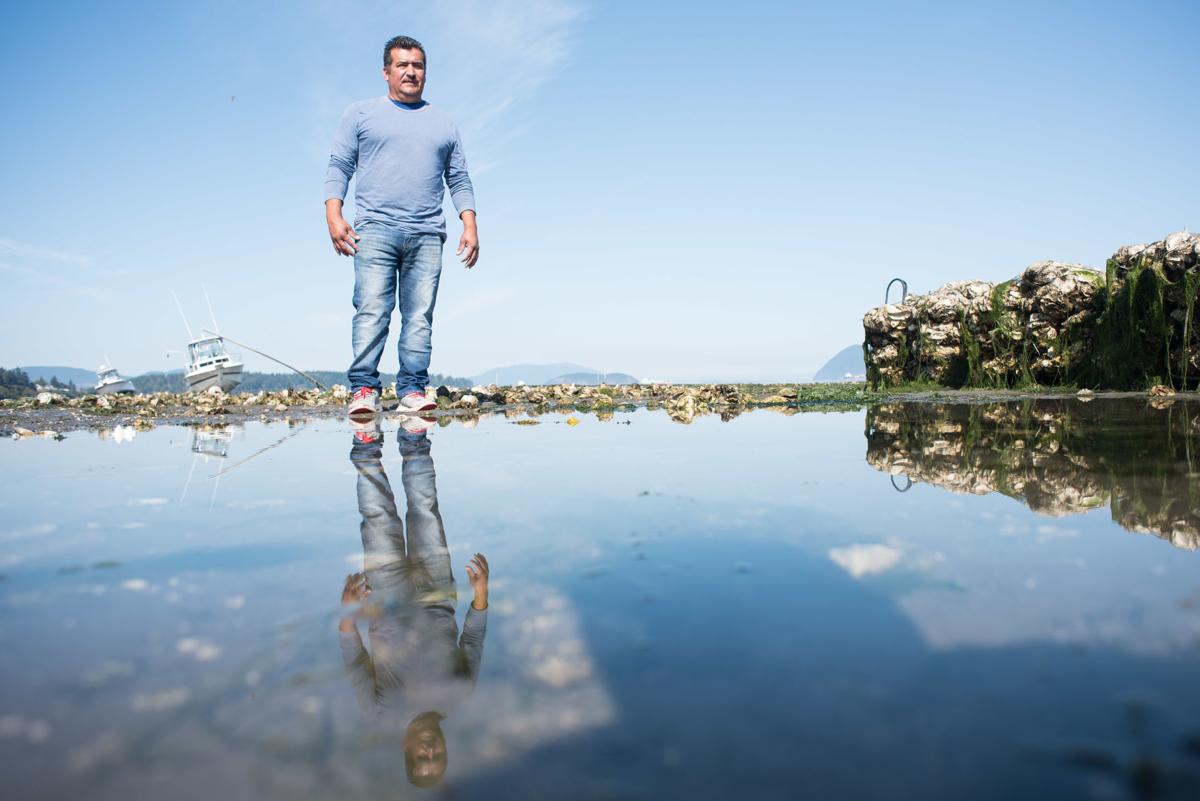 Gerardo Rodarte, the new owner of Blau Oyster Co., stands at the farm on Samish Island on Aug. 14. Rodarte took over the business after working at it for 20 years. 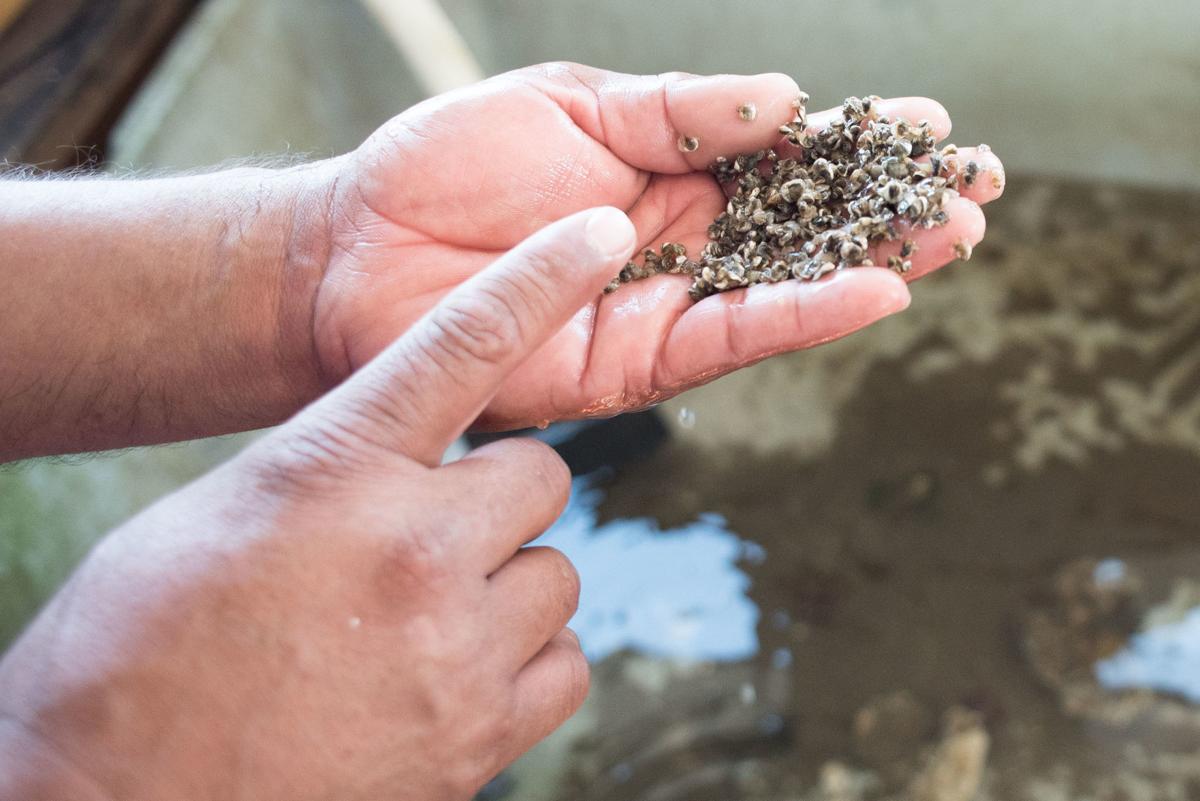 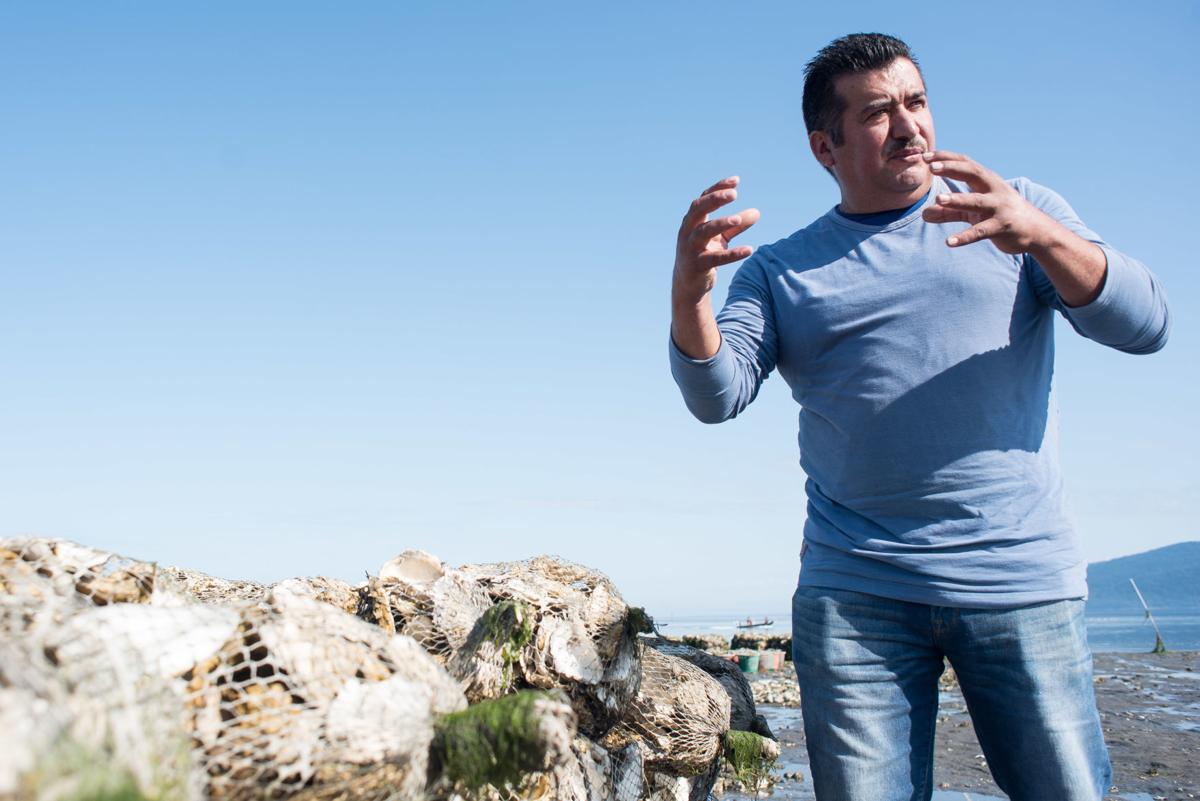 Gerardo Rodarte, the new owner of Blau Oyster Co. talks Aug. 14 about the oyster harvesting process at the farm on Samish Island. 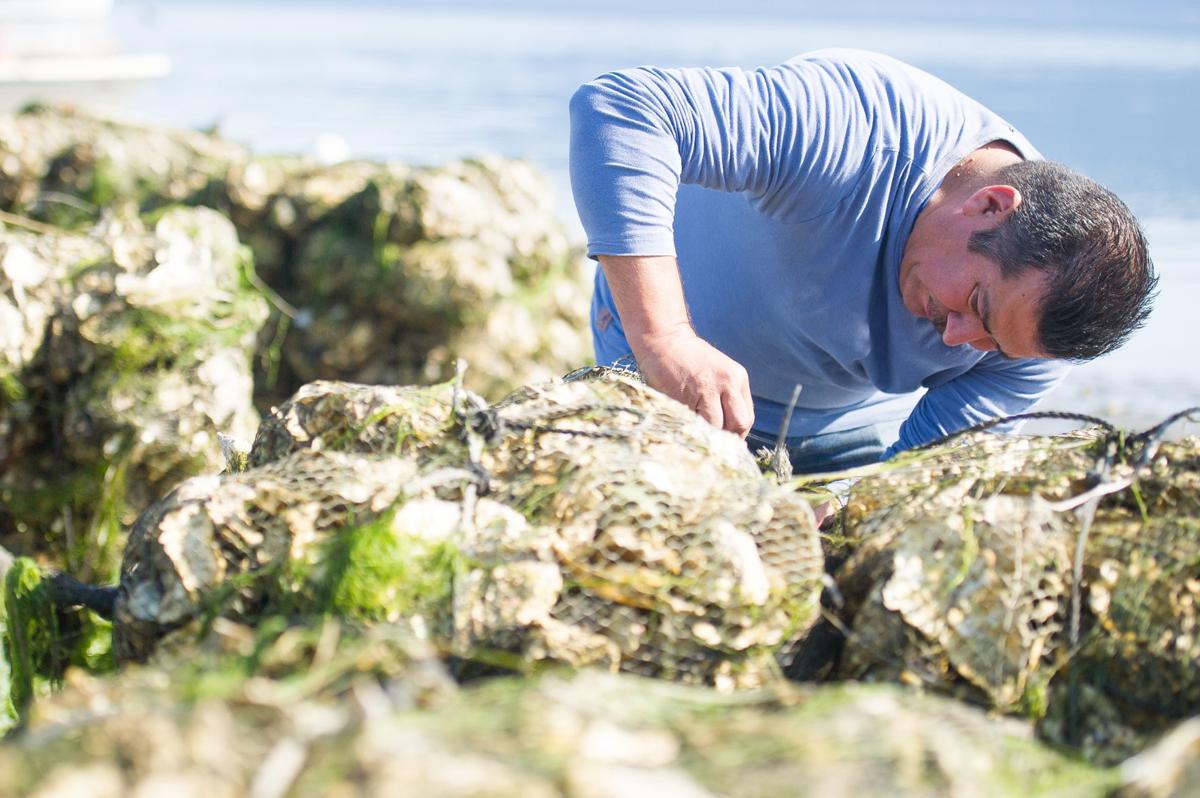 Gerardo Rodarte, the new owner of Blau Oyster Co. looks Aug. 14 through dozens of oysters at the farm on Samish Island.

Gerardo Rodarte, the new owner of Blau Oyster Co., stands at the farm on Samish Island on Aug. 14. Rodarte took over the business after working at it for 20 years.

Gerardo Rodarte, the new owner of Blau Oyster Co. talks Aug. 14 about the oyster harvesting process at the farm on Samish Island.

Gerardo Rodarte, the new owner of Blau Oyster Co. looks Aug. 14 through dozens of oysters at the farm on Samish Island.

SAMISH ISLAND — Blau Oyster Co. has been raising and harvesting oysters on Samish Bay since the oyster farm opened in 1935. Recently, owner Paul Blau handed over the business to a longtime employee and family friend.

Gerardo Rodarte, an employee of 20 years, is the new owner as of April. Rodarte will lease the business and farm’s oyster beds from Blau for 20 years, Rodarte said.

Rodarte said he first met Blau while working for another Samish Bay oyster farm. He said one day, while on the job, he got into a winter boating accident and spent three hours in the water. Rodarte said he was clinging to a piling when Blau saw and rescued him.

The incident led to a job at Blau Oyster Co. Rodarte said he decided to buy the business in part to return the favor to his friend.

“If he didn’t save me, I wouldn’t be here,” Rodarte said.

Blau said Rodarte has always contributed new ideas while working at the farm.

“He has come up with a different method of raising single oysters,” he said.

Rodarte said the technique involves putting oyster larvae inside large tubs, which are filled with ground oyster shells. One larvae will grow onto a shell fragment, creating a single baby oyster that is later transplanted into the farm’s oyster beds, Rodarte said.

Rodarte said he learned the technique from members of the Lummi Nation.

The alternative is to grow multiple baby oysters (up to 30 on a large shell) and separate them later, Rodarte said. He said the advantages to raising single oysters is that no work is required to separate them, and the final oyster is more attractive.

The single oysters are sold to restaurants, he said.

Blau said raising single oysters helps save the business money by eliminating the need to buy oyster seed. It is also profitable, he said.

Rodarte has made other changes, too. He has created an outdoor seating and barbecue area where customers can cook and eat oysters while looking out onto Samish Bay.

“I want to have the opportunity for more to eat oysters,” he said. “This is a nice place here.”

Blau said he likes the change.

“I think people will enjoy it once they know it’s there,” he said.

Rodarte estimates that he sells 24,000 oysters a week. He said the largest part of the business is the retail side, and that a majority of customers who walk into the shop are from the region. The company also raises and sells clams.

Another change is that customers can buy fewer oysters at a time now, Rodarte said.

At the site, Rodarte operates a second company, Rodarte Enterprises, which is focused mostly on wholesale oysters that are sold throughout the country, he said.

The state’s shellfish industry brought in more than $150 million in 2013, and supports more than 2,700 jobs, according to a report from the Washington Shellfish Initiative.

“Still people are kind of afraid,” he said.

Commercial harvesters must follow state laws to ensure safe shellfish consumption, including requirements around time from harvest to cooling, and temperatures for packing and storing.

Rodarte said it’s easy for Blau Oyster Co. to comply because the shellfish beds, processing facility and retail shop are close to one another.

He said when guests are interested in how oysters are grown, he gives them a tour.

“I want more kids to know how to grow oysters,” he said.

Rodarte, who is originally from Sayulita, Mexico, said he remembers harvesting clams and shrimp with his brother growing up.

“I liked seafood when I was little,” he said. “I’m going to finish with seafood, too.”