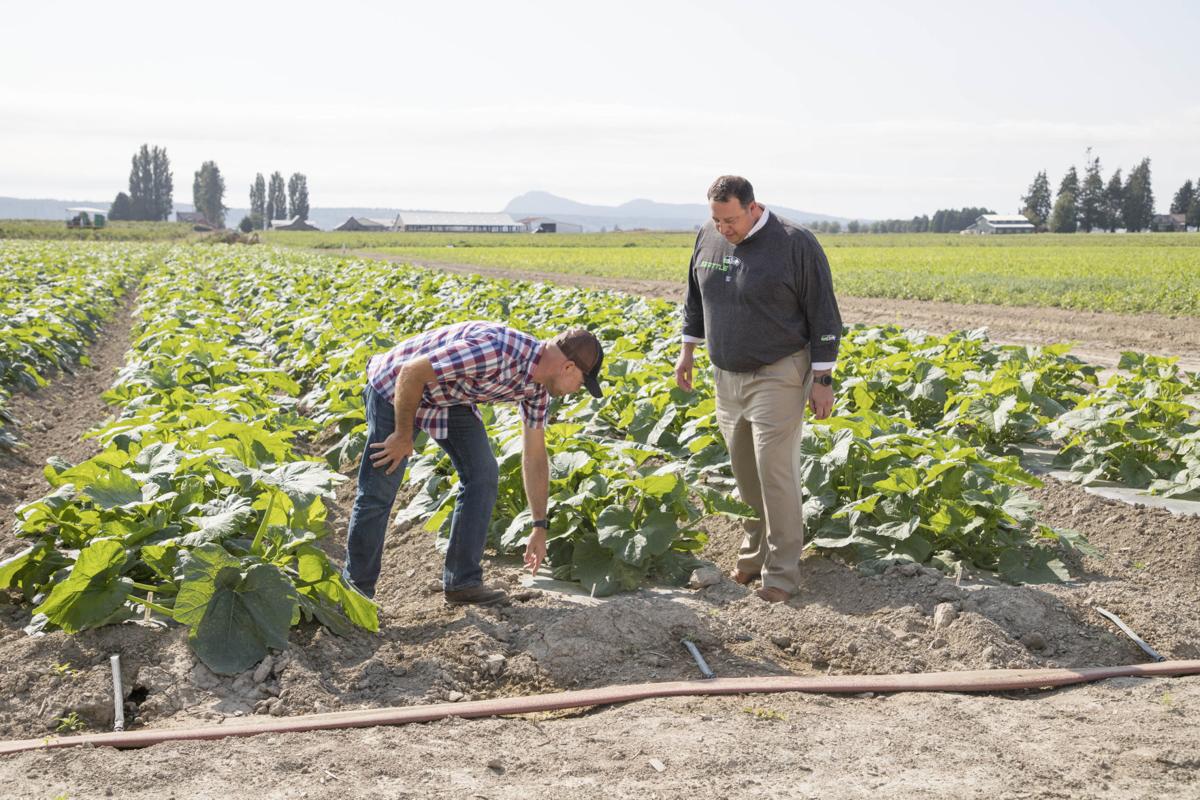 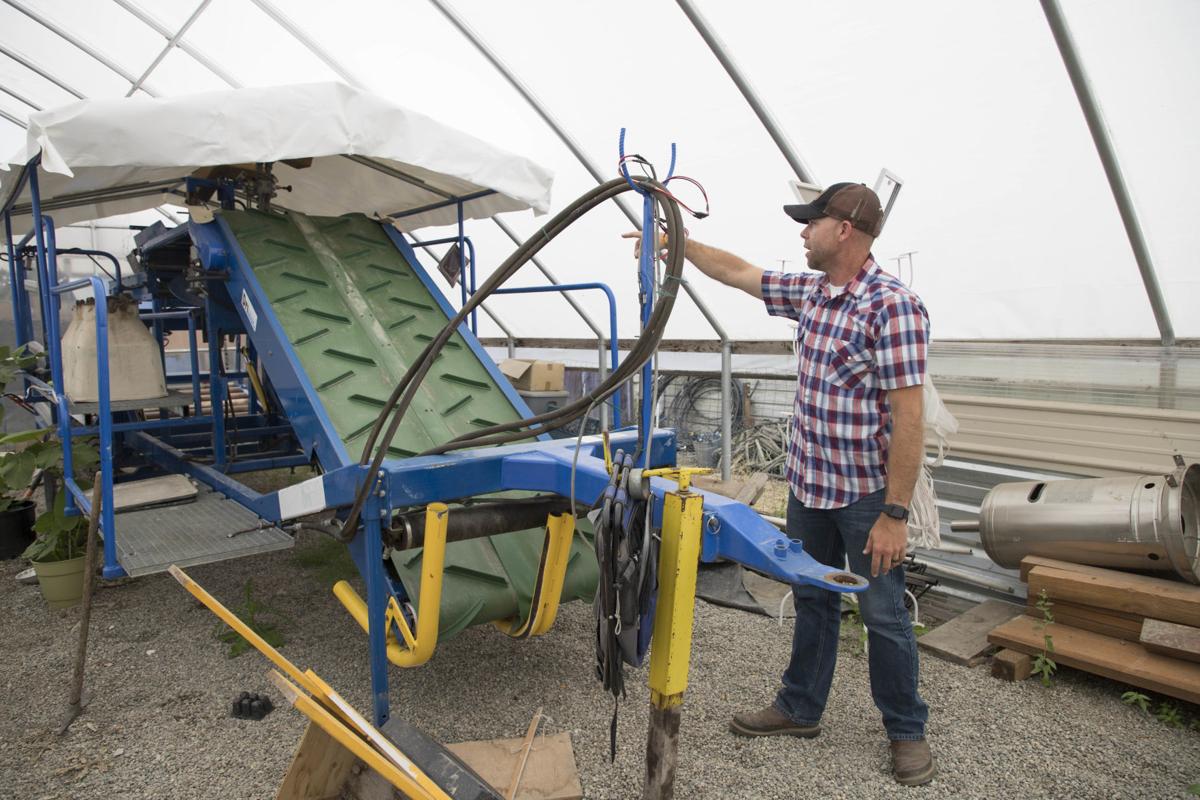 Spinach Bus Ventures CEO Andrew Miller explains the use of a tulip harvester, a piece of equipment Tulip Town founder Tom DeGoede brought over from the Netherlands. 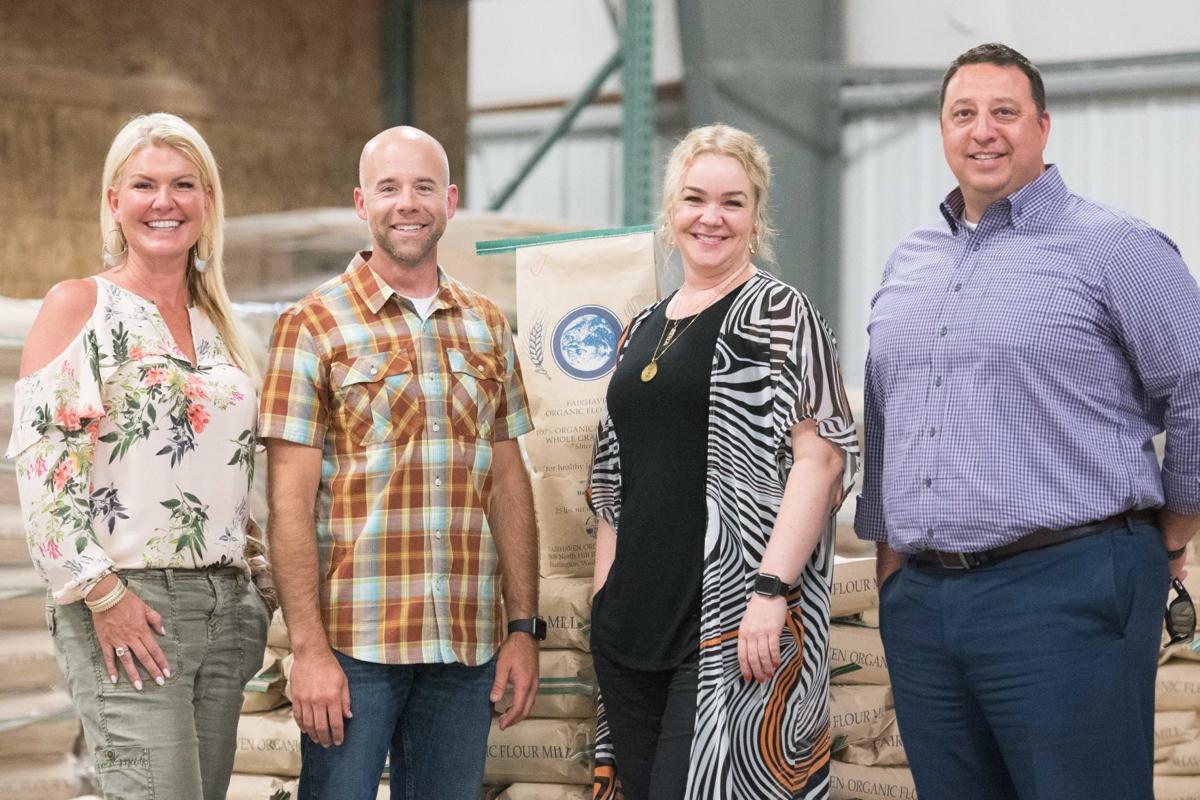 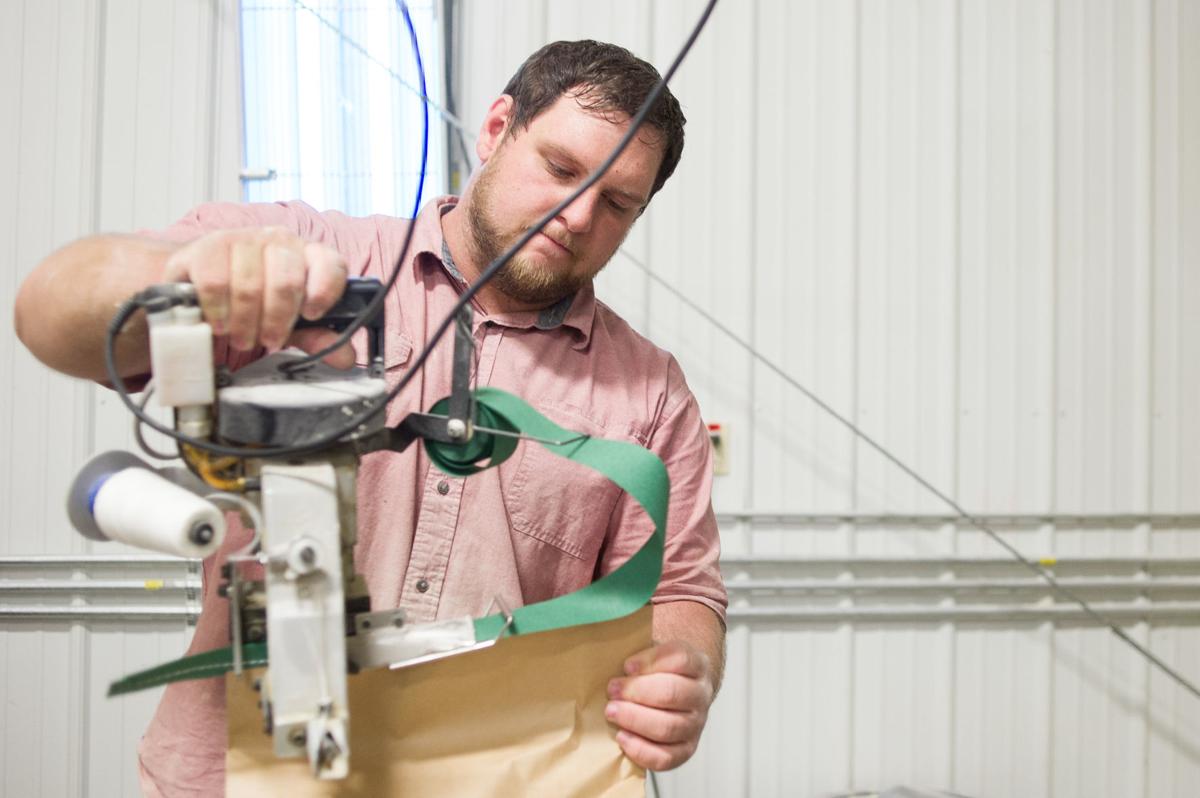 Trevor Hasenoehrl, the production manager at Fairhaven Organic Flour Mill, fills a bag of flour during a tour of the facility on July 31. Spinach Bus Ventures, the new owners of the mill, hope to automate the filling of flour bags.

Spinach Bus Ventures CEO Andrew Miller explains the use of a tulip harvester, a piece of equipment Tulip Town founder Tom DeGoede brought over from the Netherlands.

Trevor Hasenoehrl, the production manager at Fairhaven Organic Flour Mill, fills a bag of flour during a tour of the facility on July 31. Spinach Bus Ventures, the new owners of the mill, hope to automate the filling of flour bags.

Since it formed in March, a local venture capital group has bought Tulip Town and an organic flour mill, and is considering 20 more projects.

Spinach Bus Ventures is comprised of five friends in their early 40s who grew up around agriculture in Skagit County . After working in business, law, real estate and other industries, the five say they are excited to return to the Skagit Valley and are motivated give back.

CEO Andrew Miller said the group’s mission is to invest in properties and businesses that create value for the people here.

The group’s first move was the purchase of Tulip Town for $1.5 million in June, according to Skagit County property records. The 30-acre farm, integral to the start of the Skagit Valley Tulip Festival, had been for sale since 2017 by founders Tom and Jeannette DeGoede.

“Some of the investments, it’s almost like we’re playing defense,” Miller said. “We don’t want outside investors to come in.”

Spinach Bus Ventures Chief Operating Officer and President Angela Speer said what sets the group apart from others is that the five who are involved grew up in Skagit County and share the goals of the community.

Before Tom DeGoede died in June, Miller said he spent time with him in the fields learning about tulips.

The new owners will continue to use Tulip Town’s plant and harvest system of planting bulbs in nets and using machinery Tom DeGoede brought over from the Netherlands. Miller said the method is efficient and keeps soil off bulbs.

Tulip Town plants about eight acres of tulips for the festival each year, using fields on a three-year rotation, Miller said. The new owners are exploring ways to use the farm’s other acreage and attract visitors year-round, he said.

They have started on a pumpkin patch and a corn maze, and are considering planting other kinds of flowers, winter crops to attract snow geese and a fall harvest market at the farm.

“If people want to have an on-farm experience, we think there’s a place for that,” Miller said.

In addition to the festival, bulb sales are a part of the business. Bulbs are harvested in June and stored in bins by variety and size, with fans running constantly to ensure good air circulation.

Miller said the group has other ideas, too, such as to use petals from the topped flowers to produce perfumes. The group believes new revenue sources will help it succeed.

Between 50 and 75 volunteers help on-site during the festival, he said.

Fairhaven Organic Flour Mill in Burlington opened in 1974 with an emphasis on whole grains.

Kevin Christensen, who operated the mill since 2007, said he thought Spinach Bus Ventures had the energy to take on the business.

The mill has always focused on flavorful and nutritious grains, he said. Among its customers are regional bakeries and restaurants.

Mill production manager Trevor Hasenoehrl said the company has found a niche with products such as buckwheat and millet flour.

“We’re excited to explore new products from that base,” Speer said.

Ideas are to sell to universities, schools and hospitals, and start online sales. Plans are underway to install an automated flour bagger.

Miller said the mill fits with the group’s goal of supporting value-added agriculture. As part of this model, growers earn more money for grains when they are processed into a new product, such as bread or beer, than if they are sold on the commodity market.

The group is also interested in projects centered around outdoor recreation and tourism, arts and culture, and housing, he said.

There are four opportunity zones in Skagit County, including two in Mount Vernon.

Keltz said the group hopes to bring people together who might not otherwise have linked up.

“There is a tremendous amount of talent in (Skagit County), whether it’s a builder, artist or farmer,” he said.

Speer said the five friends involved with Spinach Bus Ventures feel the group will have success in part due to the group’s wide network of friends, family, former classmates and others.

“People are willing to talk with us,” she said. “It opens a lot of doors.”