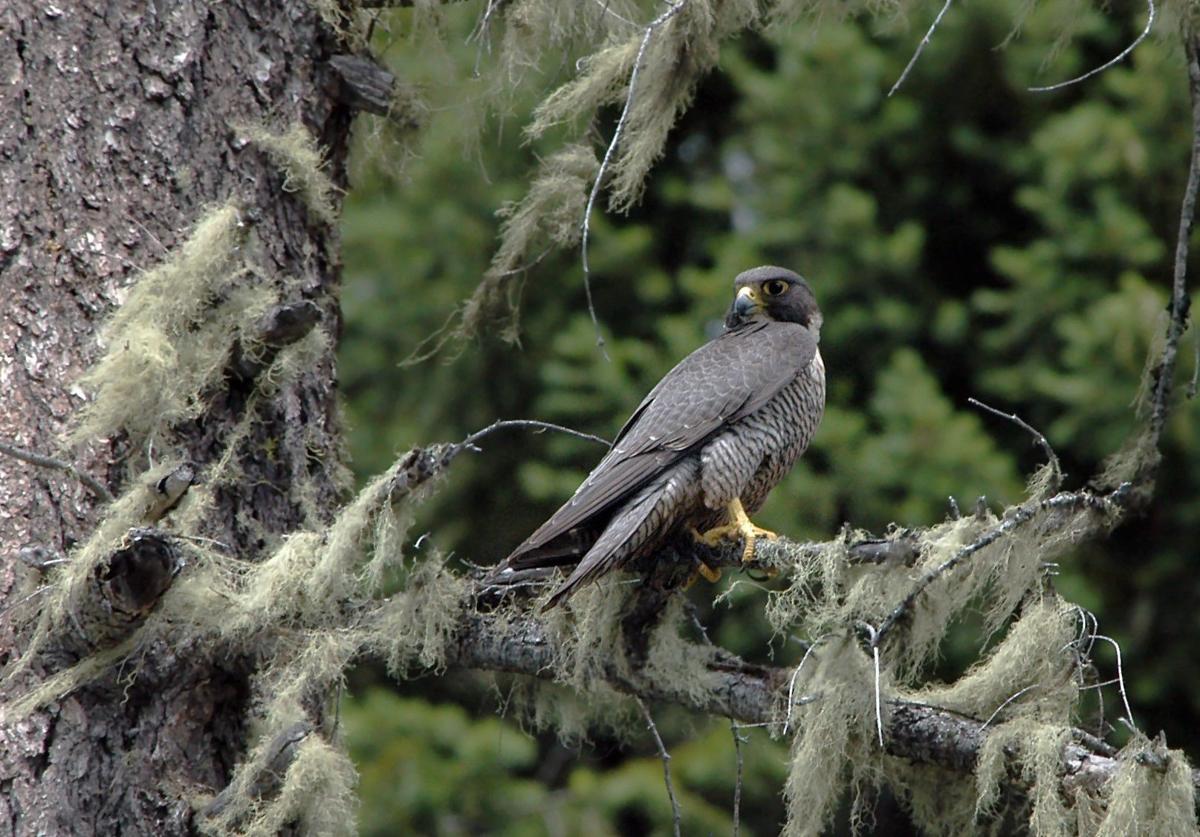 A peregrine falcon perches on a lichen-covered tree branch in Newhalem in 2007. 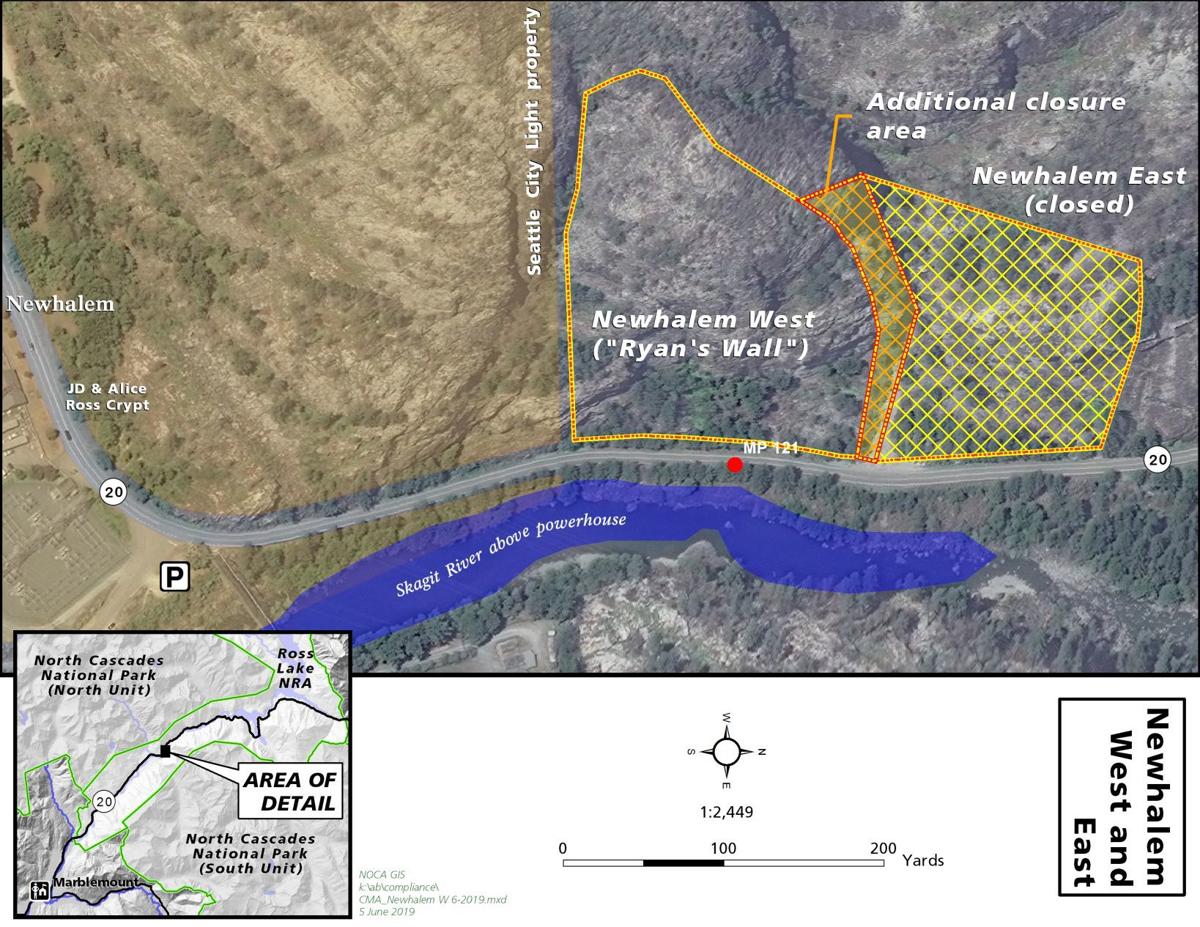 A peregrine falcon perches on a lichen-covered tree branch in Newhalem in 2007.

— Corrected 3/18 to reflect that all of the Newhalem Crag is closed.

NEWHALEM — The North Cascades National Park Service Complex has closed rock climbing along a portion of the rock wall on the north side of Highway 20 in the Newhalem area due to nesting peregrine falcons.

Climbing will remain closed through July 15 on what is know as the Newhalem Crag in an effort to help the protected bird species, according to an National Park Service news release.

The closure is meant to give the peregrine falcons an opportunity to select nesting sites without interference.

“The closure allows them to find a preferred nest site without the potential interruption of human activity,” said Jack Oelfke of the North Cascades National Park Service Complex.

Peregrine falcons, called one of the “swiftest and most beautiful birds of prey” by the U.S. Fish & Wildlife Service, are among those that recovered under the federal Endangered Species Act after being affected by the insecticide DDT.

The dark-backed birds with speckled undersides were listed as endangered in 1970 and removed from the list in 1998, after the population rebounded significantly.

The species remains protected, however, under the U.S. Migratory Bird Treaty Act. The act “makes it illegal to take, possess, import, export, transport, sell, purchase, barter, or offer for sale ... any migratory bird ... nests, or eggs,” according to the Fish & Wildlife Service.

In the state, the birds tend to nest on rock cliffs near water, in areas of elevations at 3,000 feet or higher, according to the state Department of Fish & Wildlife. That makes the rocky Newhalem area ideal habitat as the Skagit River cuts through the landscape nearby.

North Cascades National Park Service Complex Deputy Chief of Interpretation and Education Katy Hopper said peregrine falcon nests have been documented in the area for many years, and in six of the past 12 years chicks have been produced.

Hooper said designated climbing areas are generally open year-round — although often difficult to access during the winter — unless closures are needed for specific reasons including to protect wildlife.

The Newhalem Crag is one of three areas where climbing is allowed between Newhalem and Diablo. The others are the Diablo Crag to the east and Town Crag to the west.

According to the release, the national park is considering adding a new site called the Space Wall, which is not far from Newhalem Crag.