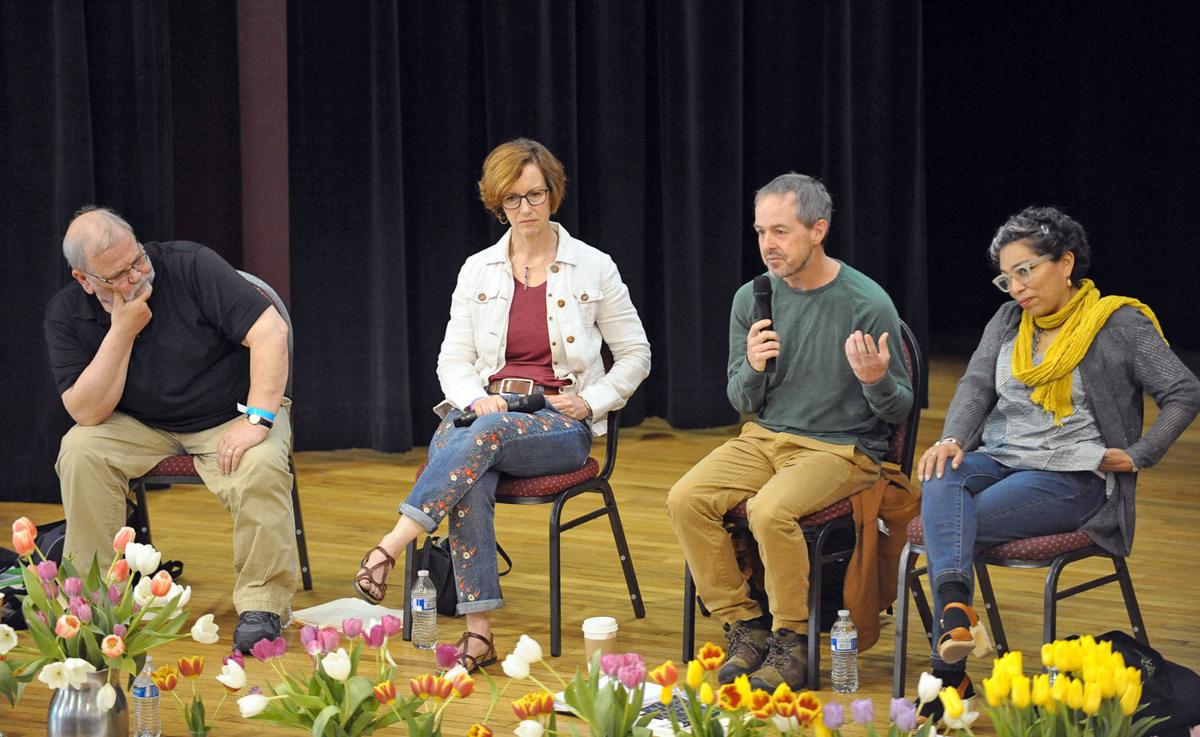 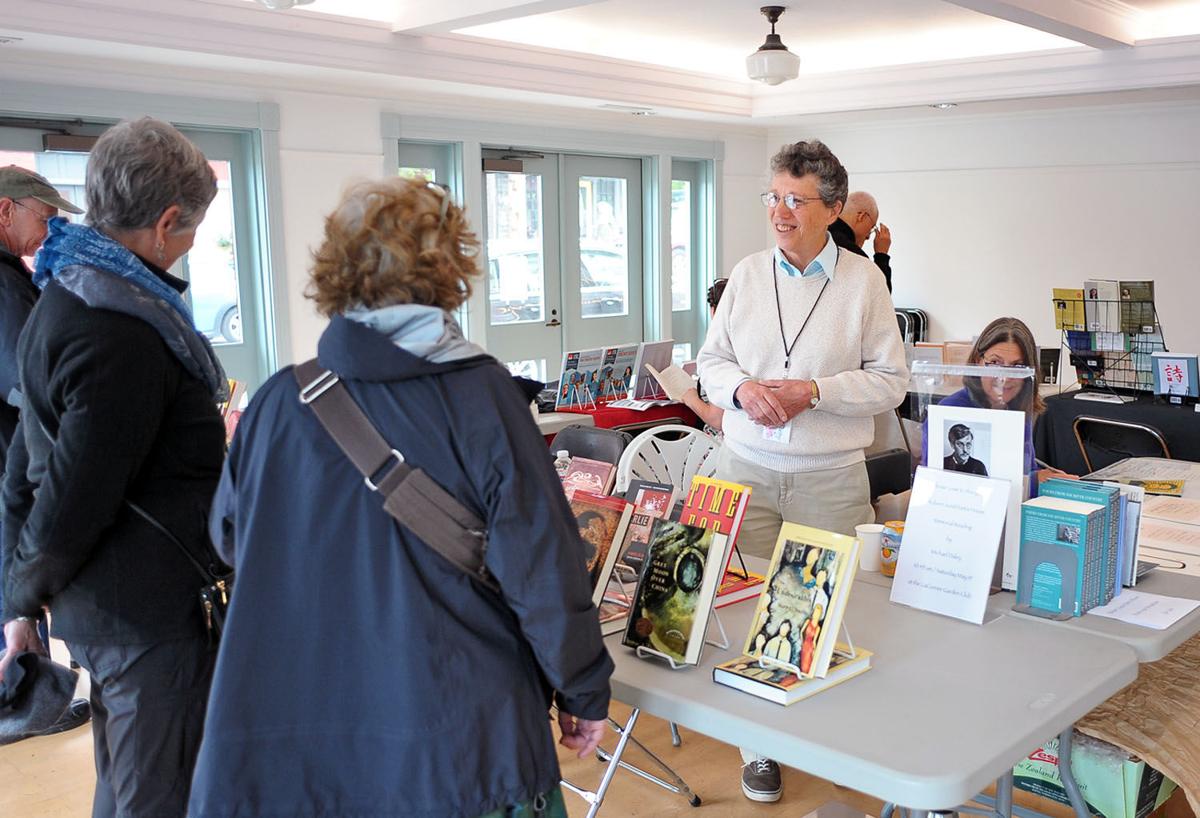 LA CONNER — During downtime at the Skagit River Poetry Festival, Chauncey Gummere found himself writing poems in his truck.

Gummere, a Skagit Valley College student, discovered his love of writing in third grade when asked to write a poem about flowers.

The prompt was simple. It was modeled after the “roses are red, violets are blue” style, but instead of a straight forward poem describing color as other classmates did, Gummere wrote something more akin to, “The scent of the flowers’ first bloom ...”

Though the 25-year-old said his focus has since moved to fiction and novels, he decided to take a class called Live Poets Society where he studied one poet for the entire quarter.

Gummere was assigned Kingsley Tufts Poetry Award finalist Ada Limon. He researched and critiqued her writing for two months before meeting her in person at the festival.

The three poets recited their work, drawing emotional responses from the captivated audience.

Quiet sobs could be heard when Bass read her poem about bringing flowers to prisoners at Salinas Valley State Prison in California.

“This is the first flower I’ve smelled in 20 years,” she read.

During the event, the poets referenced the nation’s divided political climate, though less than the four Washington state poet laureates who spoke before them.

One of them, Tod Marshall, discussed how varied opinions are just within Washington, and how that influenced his message as he spoke of poetry across the state.

“I changed my message from poetry matters to words matter,” he said.

Marshall encouraged people to memorize the words that matter to them, be that the Second Amendment or the Gettysburg Address.

As Washington state’s first poet laureate, Sam Green said he was able to reach those across the divide by keeping his opinions out of the mix. In one instance, he bridged a gap by framing himself as a literacy coach instead of a poet laureate.

Claudia Castro Luna, the current Washington State Poet Laureate, said she feels political when standing on stage because of where she comes from. As a person of color and an immigrant — she was born in El Salvador — she hopes to act as a role model for others in her shoes.

It helps that Gov. Jay Inslee shares her love of poetry. When Castro Luna met him in early spring, the two wrote a haiku on the fly.

“If the governor of the state is inspired to write poetry, then I live where I should,” she said.