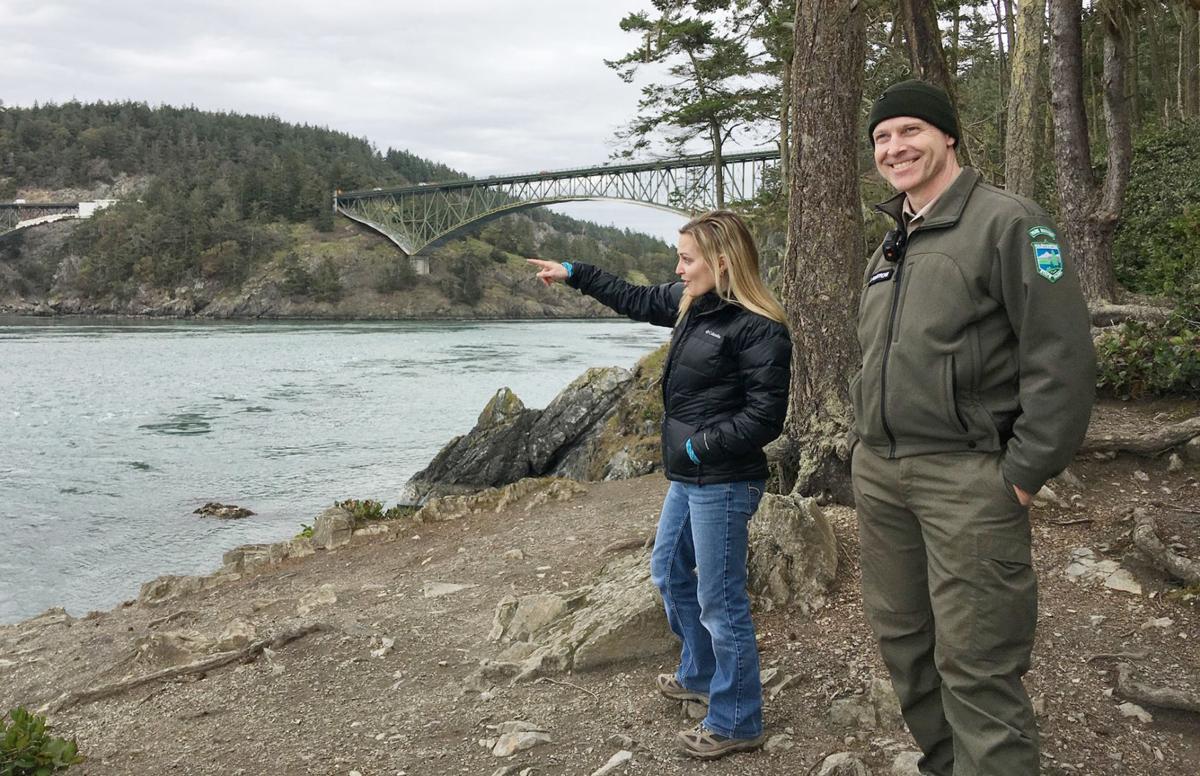 Deception Pass State Park Manager Jason Armstrong (right) and State Parks Planner Laura Moxham look across the water toward a property the state is seeking to purchase to expand the park. 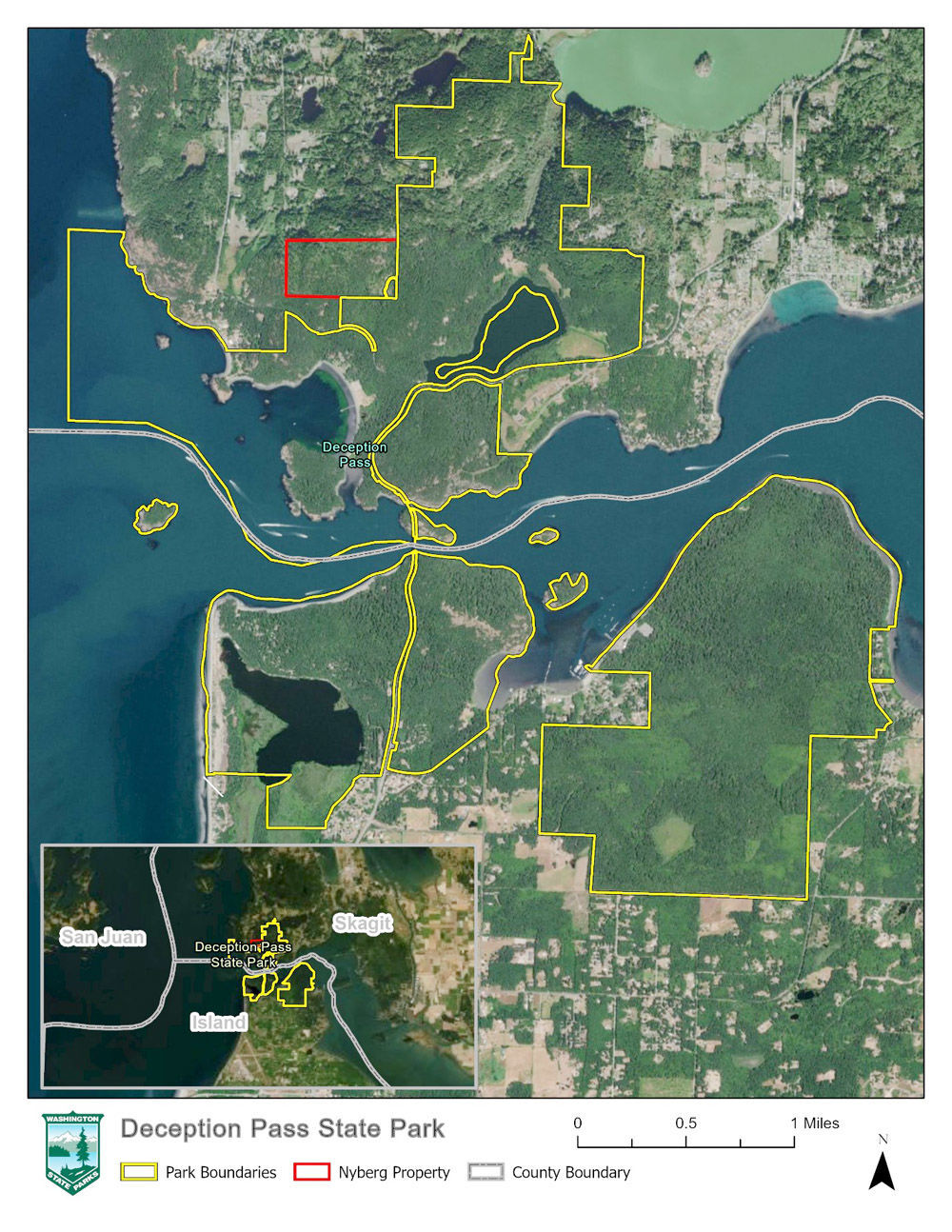 State Parks and Skagit County partners seek to add the area in red to Deception Pass State Park, which is outlined in yellow.

Deception Pass State Park Manager Jason Armstrong (right) and State Parks Planner Laura Moxham look across the water toward a property the state is seeking to purchase to expand the park.

State Parks and Skagit County partners seek to add the area in red to Deception Pass State Park, which is outlined in yellow.

The request sent to Gov. Jay Inslee would pay for the purchase of 83 acres to expand park boundaries and trail connections in 2021.

Karl Jacobs, senior outdoor grants manager for the Recreation and Conservation Office (RCO), said how much funding the state allocates to the relevant grant category will determine whether the Deception Pass project — ranked sixth out of 10 in the budget request — can be completed.

“Depending upon the amount of funding ... we may or may not reach this project on the list,” he said.

The project is a high priority for State Parks, along with local partners including Skagit Land Trust and Skagit County Parks and Recreation. It also has support from the Skagit County Board of Commissioners, in part because of the economic value public lands have in drawing tourism.

The project would involve purchasing the largest remaining tract of privately-owned, forested property on Fidalgo Island and using it to create more space for the millions who visit Deception Pass State Park each year.

“This park is a go-to for locals and international travelers alike,” a project document states. “This acquisition is a once in a lifetime opportunity to expand the most popular state park in Washington.”

The 83 acres are on south Fidalgo Island, facing Bowman Bay and visible from North Beach. The property abuts existing state park land and is between the park’s Pass Lake and Skagit County’s Sharpe Park along Fidalgo Island’s cliff-faced waterfront.

Local project proponents want to keep the forested hillside in its current state rather than see it cleared, subdivided and filled with homes.

“County zoning currently could allow up to 16 clustered housing sites on this land ... This would forever alter the view from popular areas of the Park towards Bowman Bay — often called one of the most beautiful places in the United States,” Skagit Land Trust Executive Director Molly Doran wrote in a letter of support for the grant application. “We will not have another chance ... We urge the State to meet the opportunity and provide grant funding for this important, time-sensitive project.”

Local partners also have a vision for adding about 1.7 miles of new trail through the property, connecting it with others threading through the park.

“The purchase ... would increase the connectivity and allow for recreationalists to hike to four Fidalgo lakes within a four mile loop,” Skagit County Parks and Recreation Director Brian Adams said in a support letter.

Purchasing the land is expected to cost about $2 million. The RCO has received $25,000 in commitments from local partners to seal the deal.

Project proponents say securing the funding this year is critical because the property owners are prepared to sell — and if conservation-based agencies aren’t prepared to make the purchase, the land will likely be logged and developed.

“Seizing the opportunity to expand recreational opportunities in this much beloved Park is essential,” a project document states.

Spreading visitors out and encouraging more off the often crowded marine shorelines can help reduce congestion and reduce impacts to sensitive wildlife habitat.

“This great park is a legacy left to us by earlier generations. Taking good care of it and enlarging it can be our generation’s gift to the future,” the Skagit Audubon Society wrote in a letter of support for the project.