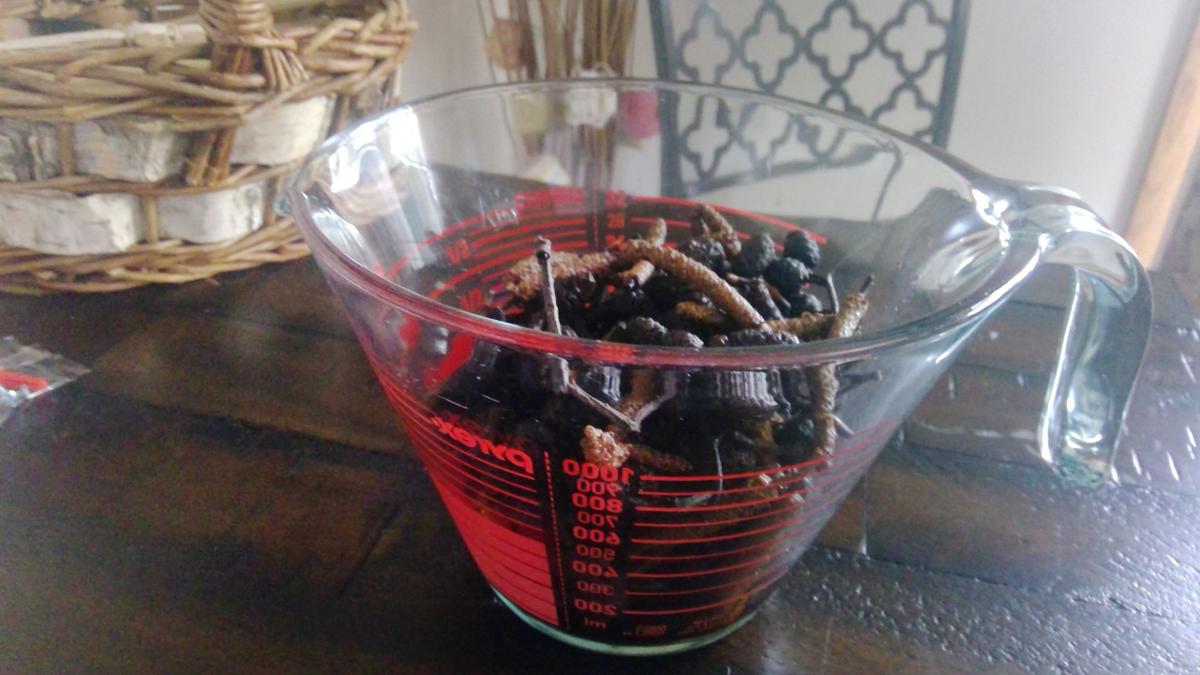 The preparation of alder cones to make a natural dye was shown during an online class the Samish Indian Nation hosted for its members. 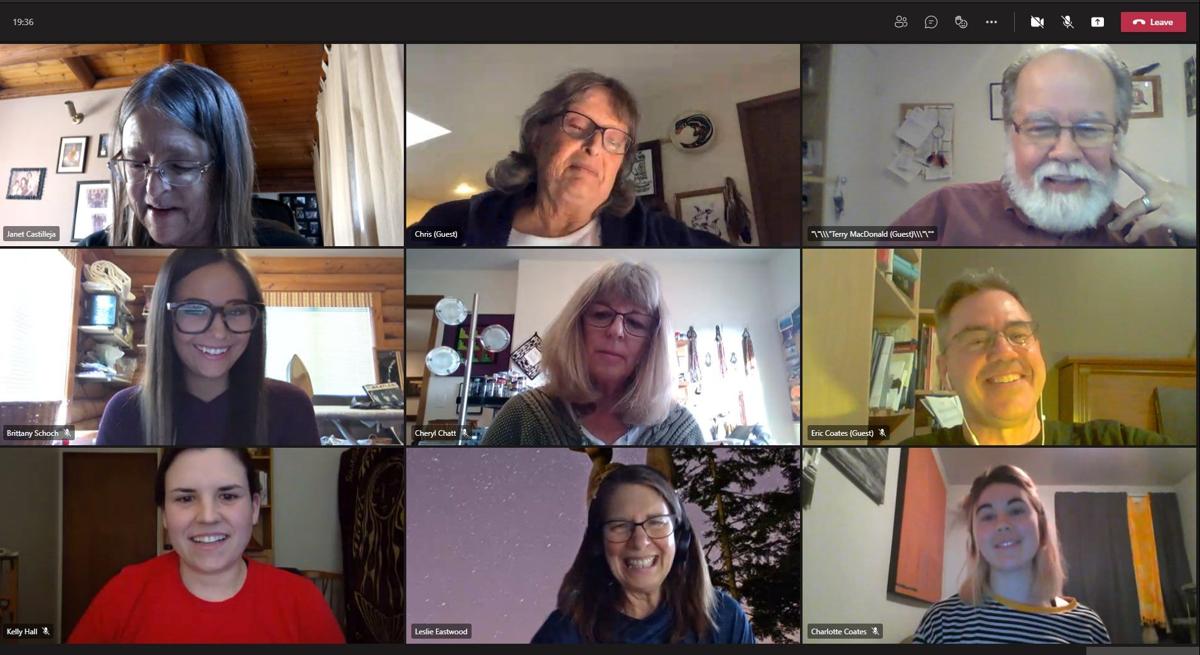 Samish Indian Nation members of various ages share a laugh Tuesday as they learn words in their native language. 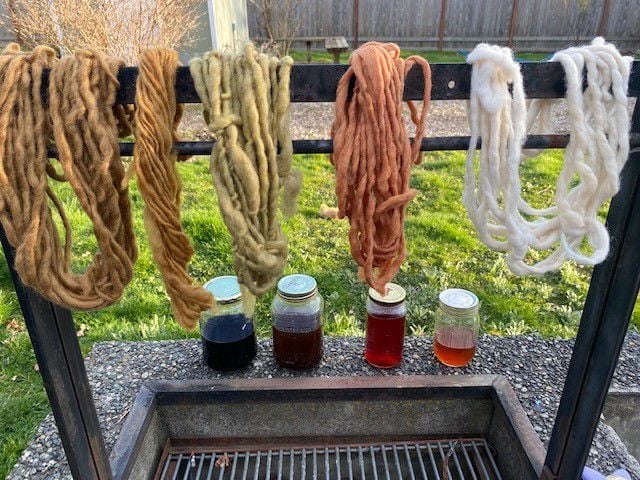 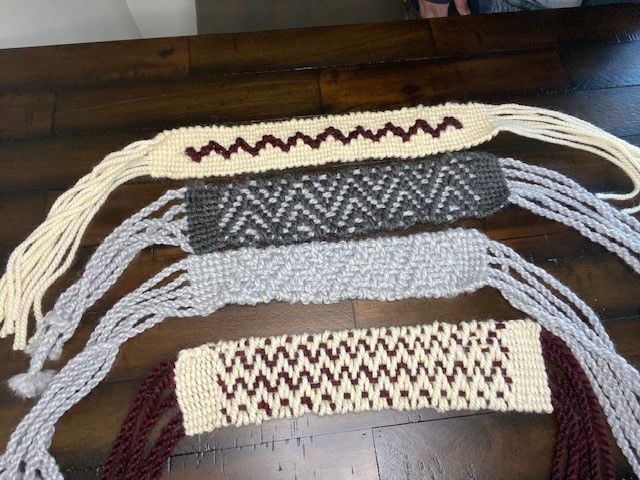 The Samish Indian Nation has offered its members a variety of online classes, meet-ups and cultural events since COVID-19 upended in-person visits. Classes have included how to weave woolen headbands (shown here) how to make a drum and how to share ancestral stories. 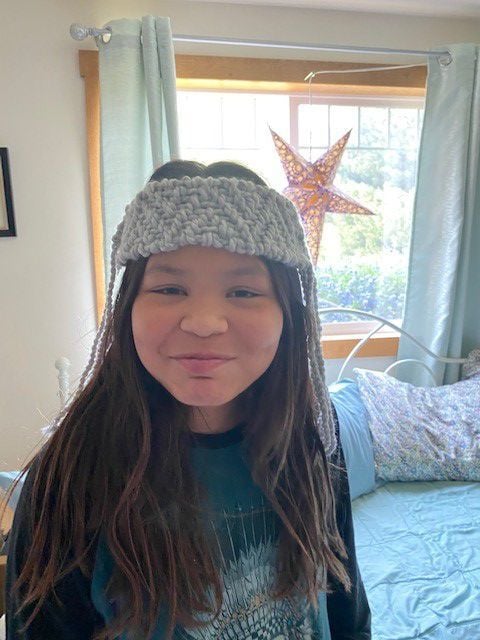 The preparation of alder cones to make a natural dye was shown during an online class the Samish Indian Nation hosted for its members.

Before “canceled” began popping up across the Samish Indian Nation’s online events calendar in response to the threat of COVID-19 in early 2020, tribe General Manager Leslie Eastwood never envisioned teaching weaving or the tribe’s native language over video conferencing.

Now a year later, she and tribe Chairman Tom Wooten say they can’t imagine taking the online option away, even when the coronavirus pandemic eases.

“Virtual is here,” Wooten said. “I see us continuing this practice in some form well beyond the pandemic. It has taught us to reach out and stay connected, so if there is a silver lining, that would be it.”

After cancellations last March and April of in-person rattle-making, birdwatching and ethnobotany classes, digital offerings for carving and beading lessons began appearing on the tribe’s calendar in May. In June, the first elders meeting and cultural day were held online.

The number and variety of events grew through the remainder of 2020, and now a record 15 events are scheduled to take place this month.

“I’m looking forward to seeing some elders I haven’t seen in quite some time,” Wooten, an elder himself at 62, said before an elders meeting set for March 5. “We’ve been able to bring folks together and share songs and just try to lift their spirits up during these hard times when we can’t gather and be with loved ones outside of our households.”

Because interest in the online events has been high and have allowed Samish members who live outside the area to take part, the tribe plans to eventually offer them both in-person and online.

“The need is there, and the technology is there,” Wooten said.

Reaching those beyond the tribe’s Anacortes-area home base and even outside its traditional territory throughout the Salish Sea region is important because its members today are spread across the globe.

Eastwood said about 65% of the tribe’s enrolled members live in Washington. Others live largely throughout the West, but also in more far-flung places.

Participants who have joined the recent online events have been from as far north as Barrow, Alaska, and as far south as New Zealand.

“I had some relatives that I knew of in Arizona but had never interacted with in person, and they called in and I was able to say ‘Hey, cousin!’” Eastwood said.

In preparation for some events, the tribe has mailed drum-making or headband-weaving kits to those wishing to learn traditional skills. Some events have offered a chance to laugh over bingo, while others have delved into discussions about painful parts of the tribe’s history.

Wooten credits the tribe’s success in launching online events to the adoption of technology including video conferencing over Microsoft Teams prior to the pandemic.

“Thankfully because of the technology we had invested in, we were prepared for this event, probably better than most folks,” he said.

Samish Indian Nation IT Director JR Walters was recently recognized for those efforts by Laserfiche, a company that provides content management and digital business processing technology.

“I’m honored to accept this award on behalf of the Samish Indian Nation, but the true honor comes from providing support to the Samish community during an anomalous time in history,” Walters said in a news release about the national award. “When quarantine began and we were no longer able to safely meet in person, the tribe’s aspiration became preserving the notion of community and gathering despite the physical barriers.”

— This story is part of an occasional series on how this community is pushing forward — through and eventually past — the COVID-19 pandemic that reached Skagit County in March 2020.