Fish & Wildlife shellfish biologist Hank Carson holds a pinto abalone shell in this February 2017 photo taken after he and Bob Sizemore (in the background) returned to Cap Sante Marina in Anacortes. 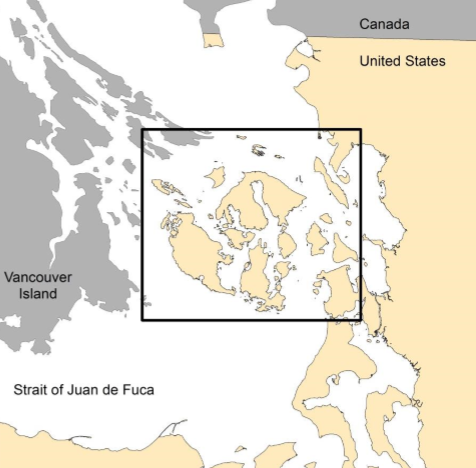 Pinto abalone are known to remain in small numbers and are helped by hatchery-raised outplants in the waters surrounding the San Juan Islands including some in Skagit County. 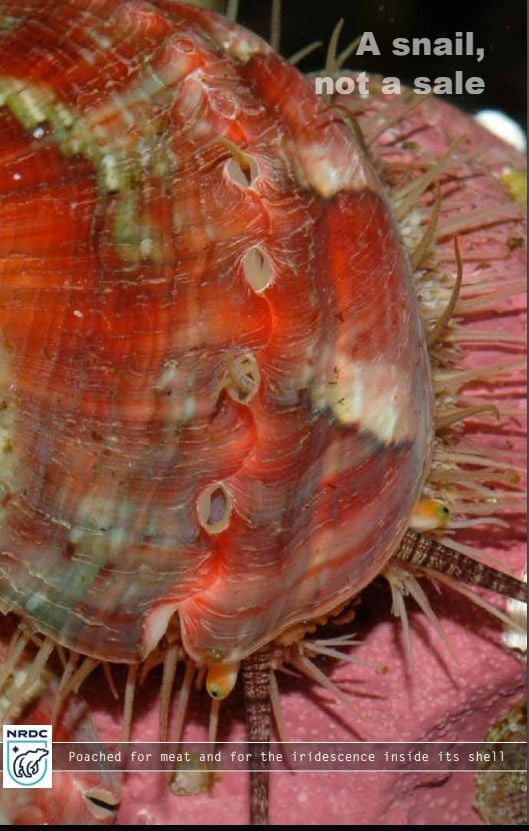 Fish & Wildlife shellfish biologist Hank Carson holds a pinto abalone shell in this February 2017 photo taken after he and Bob Sizemore (in the background) returned to Cap Sante Marina in Anacortes.

Pinto abalone are known to remain in small numbers and are helped by hatchery-raised outplants in the waters surrounding the San Juan Islands including some in Skagit County.

Pinto abalone, the only abalone species native to the Salish Sea and a species undergoing restoration efforts in Skagit and San Juan counties, is in trouble.

State and regional experts have known of the pinto abalone’s plight for years, but a new report from the Endangered Species Coalition puts its struggles in the limelight.

The coalition’s report “Trafficked: 10 Species Threatened by the Wildlife Trade” highlights pinto abalone as one of 10 species at risk of extinction due both to legal harvesting at unsustainable levels and illegal harvesting — or poaching.

The pinto abalone has long been sought for its meat — a delicacy in Asia and formerly in the Pacific Northwest — as well as for its shiny shells. Harvesting the pinto abalone in Washington has been illegal since 1994.

Other species that made the list are also sought for food, for their medicinal properties or as pets.

“Wildlife trafficking and trade is a multi-billion-dollar industry that threatens fish, plants and wildlife, as well as human communities,” Endangered Species Coalition Executive Director Leda Huta said in a Dec. 21 news release. “We need governments and leaders around the world to commit to ending wildlife trade and trafficking.”

The Natural Resources Defense Council nominated the pinto abalone for inclusion in the report. While recently highlighting the peril of the pinto abalone, the organization detailed its role as a menu item for the endangered California sea otter and in helping to filter coastal waters of algae and bacteria.

The nonprofit Puget Sound Restoration Fund said in a presentation given earlier this year that pinto abalone, with their direct connection to kelp habitat, are linked with regionally significant — and endangered — salmon and orca whale species.

A slide from that presentation states that poaching of the pinto abalone in area waters is occurring more often than previously thought.

The international Natural Resources Defense Council said in a news release that continued illegal harvesting of the species is a grave threat that is compounded by past legal overharvesting and the emerging impacts of climate change.

“The pinto abalone has been reaped from the sea at unsustainable levels and is now in danger of becoming extinct,” Paul Todd, a senior staff attorney for the council, said in the release. “Like with so many other species, consumer demand has largely contributed to its decline.”

Wild-caught abalone can sell for hundreds of dollars on the market, according to the recent report.

“The pinto abalone is in trouble. The federal government needs to step up with Endangered Species Act protections,” Todd said.

In Washington, the pinto abalone was listed as endangered in 2019. The Natural Resources Defense Council petitioned in 2014 for its listing under the federal Endangered Species Act, but no such listing has been made.

The pinto abalone was once found in abundance from southern Alaska to northern Mexico, but is now only found in small groups often too far from one another for the species to produce young.

“A large female can release as many as 10 million eggs in just a few hours, but those eggs will go unfertilized unless a male is no more than a few feet away,” the report states.

Those that remain in Washington are being monitored by the state Department of Fish & Wildlife.

“This has been the first recovery outplant effort in Washington history and only one of a few worldwide,” project member Paul Dinnel of the Skagit Marine Resources Committee said during an online presentation in May.

Still, the local population continues to shrink. Fish & Wildlife estimates the population declined 97% in the 25 years from 1992 to 2017.

“Predictions for the pinto abalone are grim; the species will almost certainly go extinct unless we act by embracing science, pushing for national and international protections, and establishing strong, enforceable penalties to curtail illegal harvesting and trade,” the report states.

The report also includes the pangolin — an anteater-like mammal of Asia and Africa — the tiger, the Rufous hummingbird, a turtle of the U.S. East Coast and a cactus of Southwest deserts.

Coalition spokesperson Derek Goldman said while the organization is U.S.-based and focused on upholding the federal Endangered Species Act, the 2020 report went international in scope partly because of domestic demand for trafficked species. The plight of the tiger in the U.S., for example, was showcased this year in the hit Netflix series “Tiger King.”

“We’re one of the largest — if not the largest — consumers of trafficked wildlife and products. Millions of pounds of live animals — and meat, fins, feathers, shells, and plants— stream into and out of our country every year,” the report states.

The Endangered Species Coalition produces a “10 Species” report each year, focusing on a different theme such as water pollution or warming as a result of climate change. Species nominated for inclusion are reviewed by a committee of research scientists.

Since the reports began in 2008, several species with populations found in Skagit County have been included.

Skagit County at center of restoration effort for marine snail

Among the shellfish in the state’s marine waters is the pinto abalone, a species once found on dinner plates.