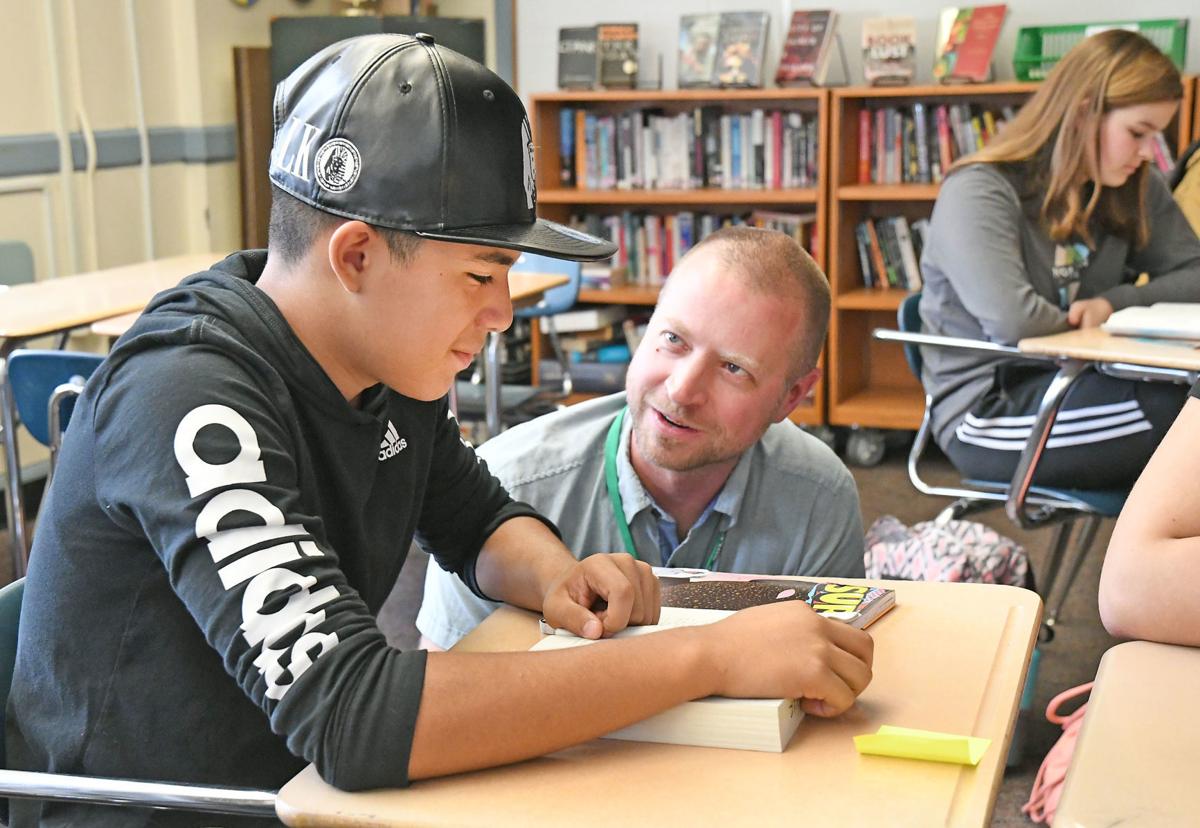 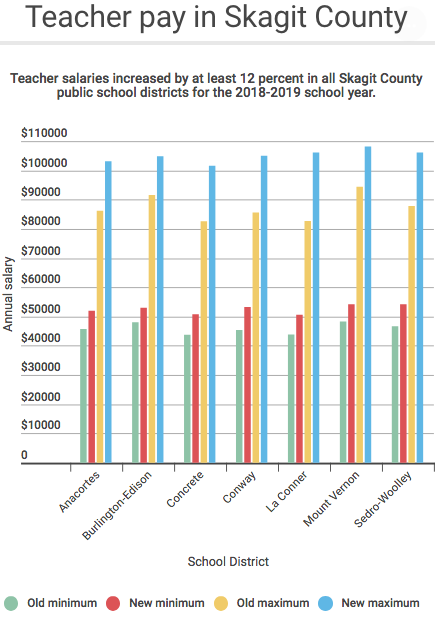 This summer marked an unprecedented new chapter in education funding as the state rewrote the script when it came to teacher salaries and thrust each of the state’s 295 school districts and their teachers into negotiations — with the beginning of the school year on the horizon.

At issue was millions of dollars in increased funding from the state that came as part of the so-called “McCleary Fix” — the state’s response to a 2012 state Supreme Court ruling that the state was not adequately funding basic education.

“It was the most fundamental investment in K-12 education we’ve made in decades,” state Sen. Kevin Ranker, D-Orcas Island, said of the fix. “There were five, six, seven years where teachers didn’t have raises. It’s a recognition that we didn’t treat them fairly for a number of years.”

As part of the fix, the Legislature increased the statewide property tax, allowing it to pour more money into local school districts. At the same time, it limited how much districts can collect next year in local taxes — money that has been used for everything from supplies to teacher salaries.

Those actions mean some school districts may have to make tough decisions in the future.

Four-year budget projections required for the first time this year showed many public school districts — including all seven in Skagit County — will be running in the red within the next four years.

And that was before teachers received big raises through contract negotiations.

“Even before we settled the contracts, the four-year projections showed most districts going broke by year three,” said Brett Greenwood, Executive Director of Business and Finance in the Sedro-Woolley School District. “So something’s going to have to be done.”

The wage increases for the teachers is forcing the districts to redo not only their four-year projections, but their already-approved annual budgets.

In some cases, that makes their financial outlooks bleaker.

“The message of ‘You got extra money’ is not accurate for Mount Vernon,” Mount Vernon School District Finance Director Jennifer Larson said. “That was a myth that was true for some districts, but not true for all.”

As a result, the district started cutting expenses even before contract negotiations were completed, Larson said, by reducing its certified nursing staff, postponing plans to implement an early kindergarten program and making reductions in its teaching and learning department.

The district also will use about $2 million of its reserves to cover its new expenses, dropping its reserves below what the school board would like, Larson said.

The Mount Vernon district has been hit harder by the provisions in the McCleary Fix than most school districts.

In August, in the midst of teacher contract negotiations, State Superintendent of Public Instruction Chris Reykdal sent out a list of four “warning indicators” that districts needed to be cautious about when moving forward with negotiations.

Those indicators included whether the teachers were already paid near or above the new state average and whether the districts were going to lose more than 50 percent in local levy dollars beginning in 2019, when the state limits how much they can collect.

Mount Vernon was one of 22 districts statewide affected by all four indicators, Larson said.

“In order to be competitive you have to live within the market conditions,” Larson said. “We are headed to some uncertain times, but the market is the market. You have to pay what the market demands.”

The Concrete School District, which approved a 16 percent average increase that will raise the district’s minimum salary from $43,825 to $50,837 and its maximum salary from $82,603 to about $101,611 in the contract’s second year, will also feel a financial squeeze, Superintendent Wayne Barrett said.

“We will be anticipating cuts for next year and possibly the following year,” he said. “Our goal will be to try to keep the programs and the things we’ve got going for kids right now, but we’re definitely going to have to be trimming back on things.”

One of those things, Barrett said, will likely be field trips.

“(We’re) just trying to tighten our belts a little bit as we go,” he said.

Other districts won’t feel the financial impact as quickly.

In the Sedro-Woolley School District, the average 17.7 percent salary increase for teachers will have the district spending about about $3.8 million more than it anticipated, Greenwood said.

The district was the first in the county to reach an agreement with its teachers, which it did soon after the state clarified that a 3.1 percent increase cap applied only to administrators and not to teachers.

“That changed the landscape,” Greenwood said.

Further complicating matters is that as part of the McCleary Fix, the state threw out its salary schedule. That meant each district and its teachers had to create a new schedule with a new minimum salary of $40,000 — about $4,000 more than previous years, according to numbers from the state Office of the Superintendent of Public Instruction.

The state also increased the amount of money it gives districts to pay for teachers. In Skagit County, six of the seven districts get about $73,000 per teacher.

The exception is the Burlington-Edison School District which, due to what the state calls regionalization, gets $76,955 per teacher, meaning it had more to bring to the bargaining table.

The regionalization factor is based upon the cost of living in each district.

The problem the Skagit County districts now face is that the $73,000 — or $76,955 in the case of the Burlington-Edison district — does not reflect their actual teacher costs.

For example, the average teacher salary in the county now ranges from $78,188 in the Concrete School District to $90,190 in the La Conner School District.

What that means is that even with the increase in state funding, the county’s school districts will eventually find themselves in the red and having to make cuts.

“It’s how long can we sustain it,” Greenwood in Sedro-Woolley said. “Something has to change on our revenue side to sustain this.”

Ranker said the McCleary Fix is a good start, but there is still work to be done.

“Just because we made the biggest investment ever, it doesn’t mean we’ve done enough,” he said.

Ranker doesn’t want to see districts have to cut programs in order to keep teachers.

“We should have both,” he said. “I want my little girl to have every single class she needs, and I want my teachers to be able to live in the communities where they work.”

State Sen. Barbara Bailey, R-Oak Harbor, agreed there is more work to be done, and that while there would be some challenges ahead, the Legislature would address the issues.

“The good news is the economy is doing well, so hopefully there’s going to be even more resources available when we get into the next session,” she said. “I truly believe that every single person in the Legislature is working extremely hard to make sure our students in the state of Washington get the very best education they can possibly get.”{span id=”docs-internal-guid-f573db8b-7fff-21e2-fd6e-4c20a9064c4c” style=”font-size: 11pt; font-family: Arial; color: #000000; background-color: transparent; font-weight: 400; font-style: normal; font-variant: normal; text-decoration: none; vertical-align: baseline; white-space: pre-wrap;”}{/span}