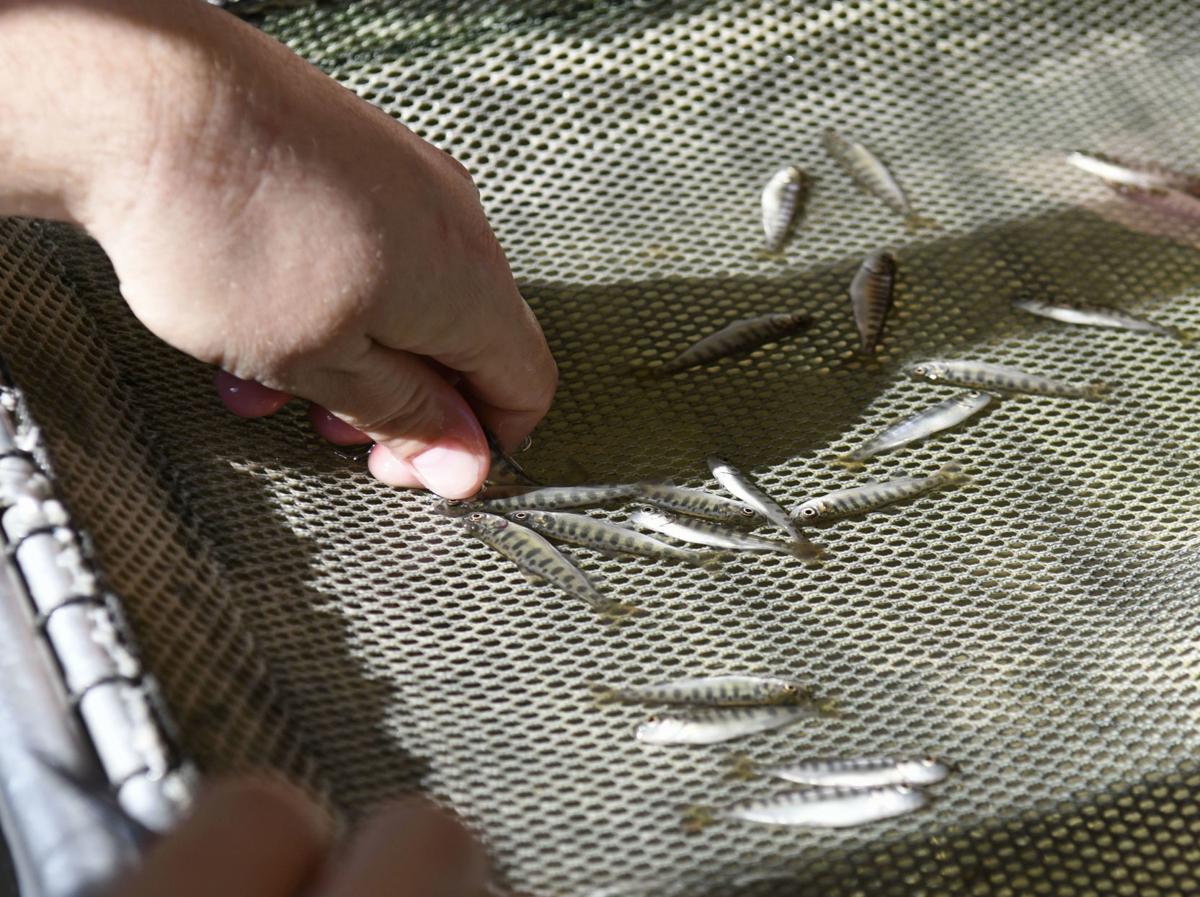 Misty Haughland pulls a young chinook salmon from a tank Thursday at the Samish Hatchery before clipping its fin. Fin clipping marks the fish as hatchery-raised. 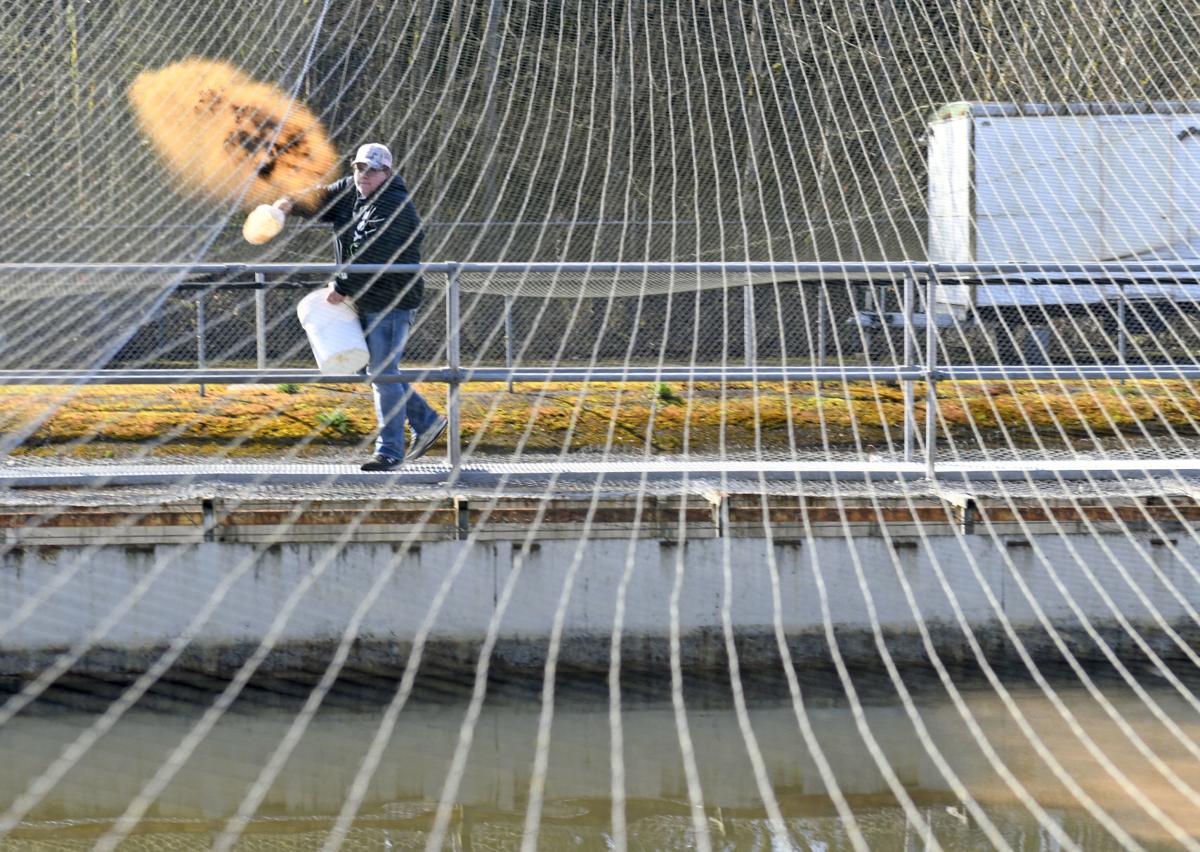 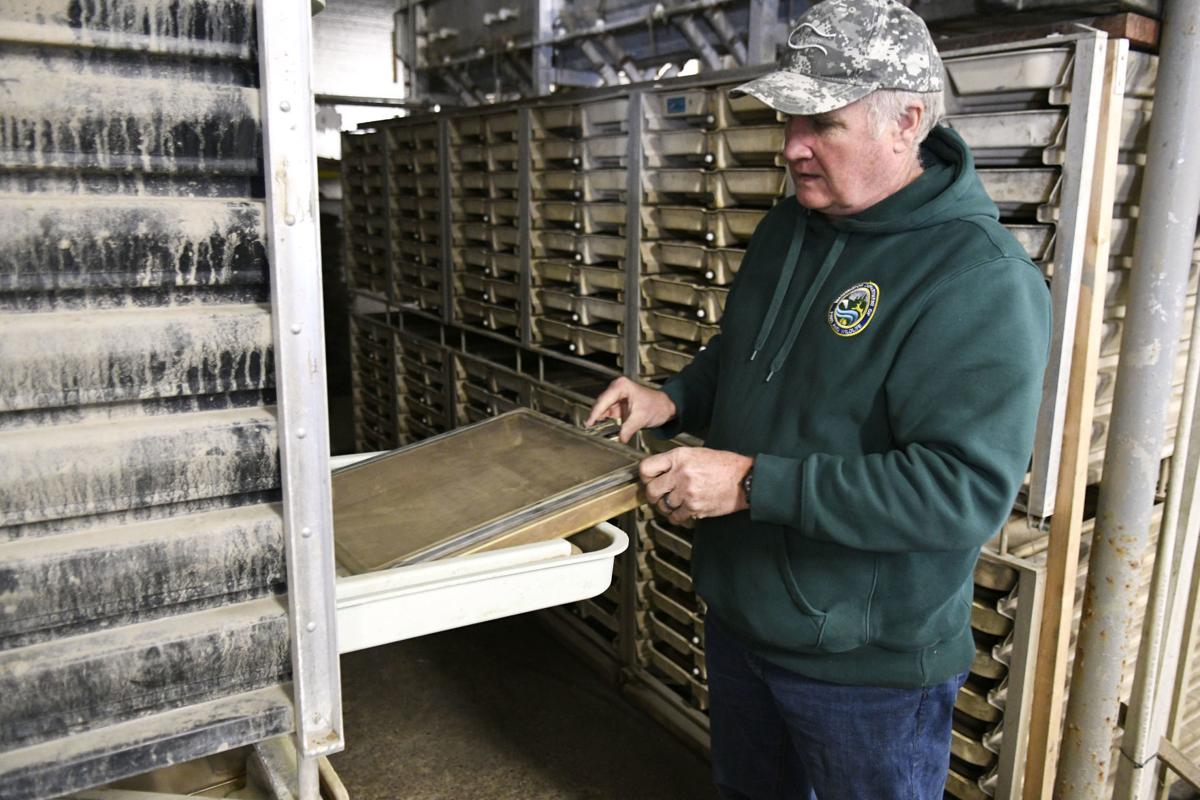 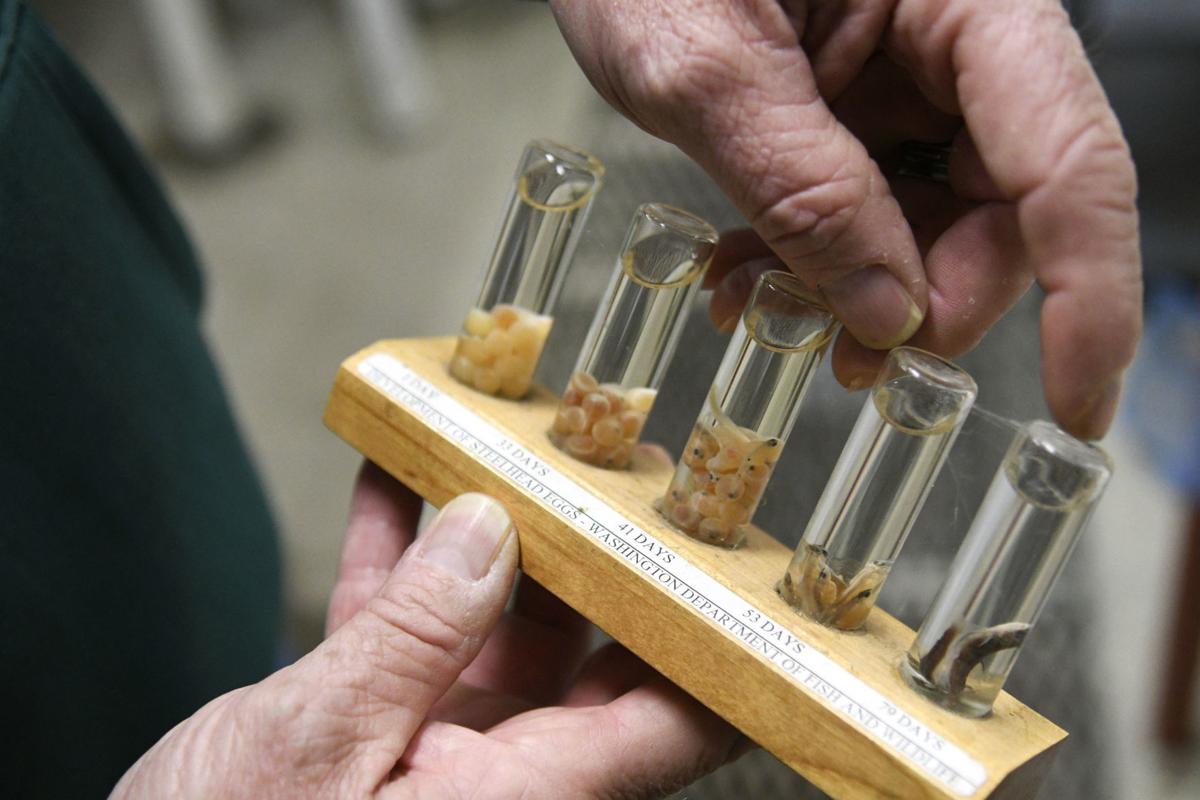 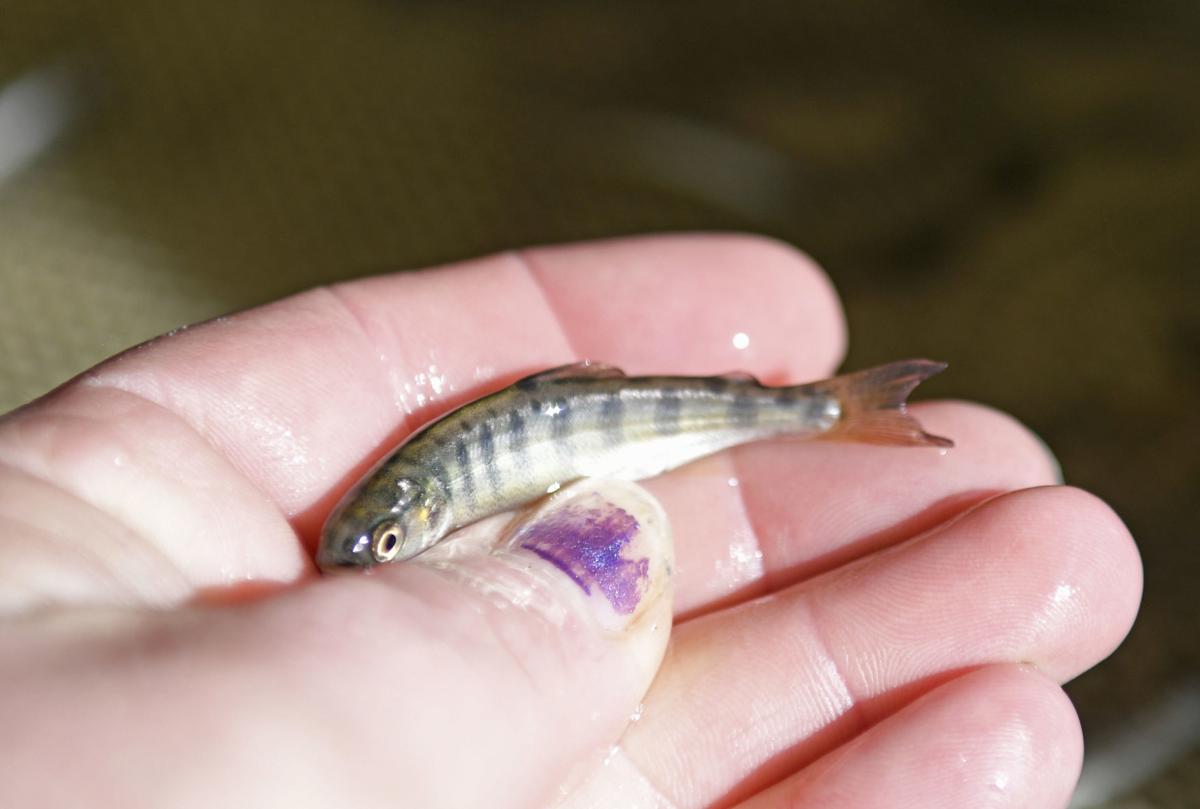 Jessica Durling holds a young chinook salmon after clipping its fin Thursday at the Samish Hatchery. 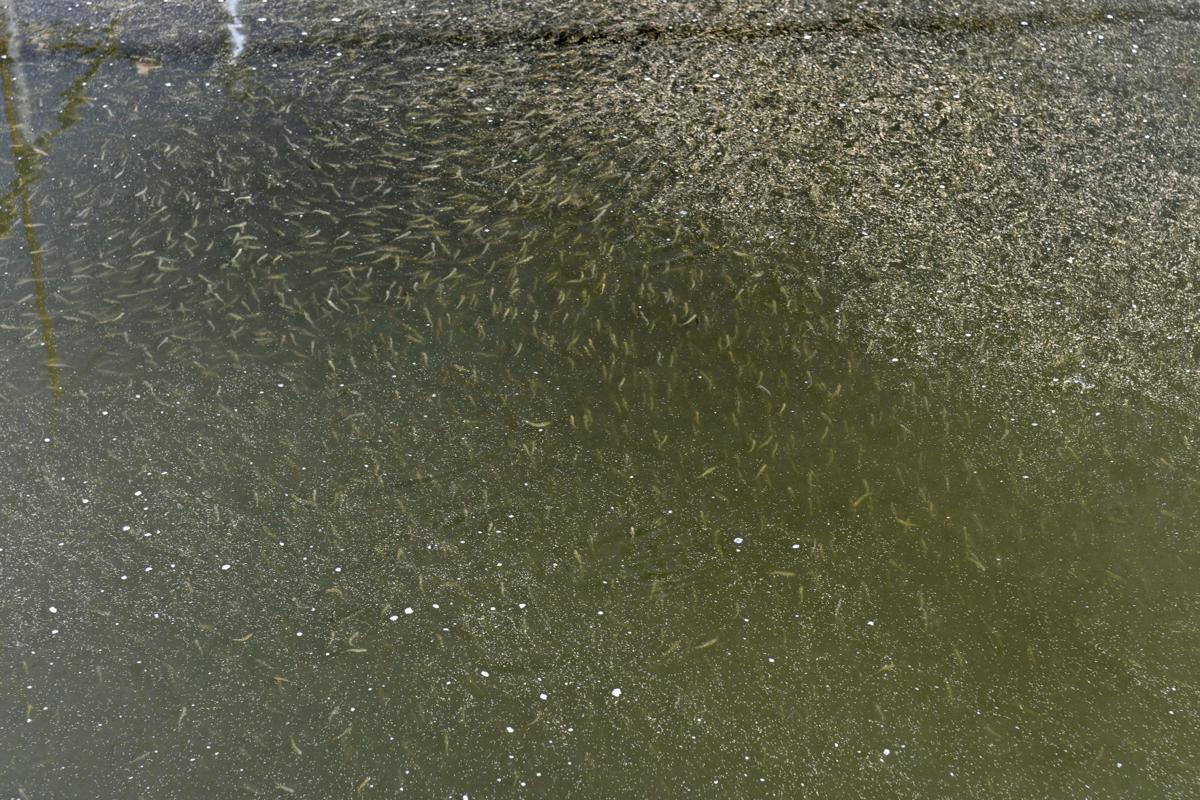 Young chinook salmon swim in their holding tank Thursday as a powdery feed floats on the water’s surface at the Samish Hatchery. 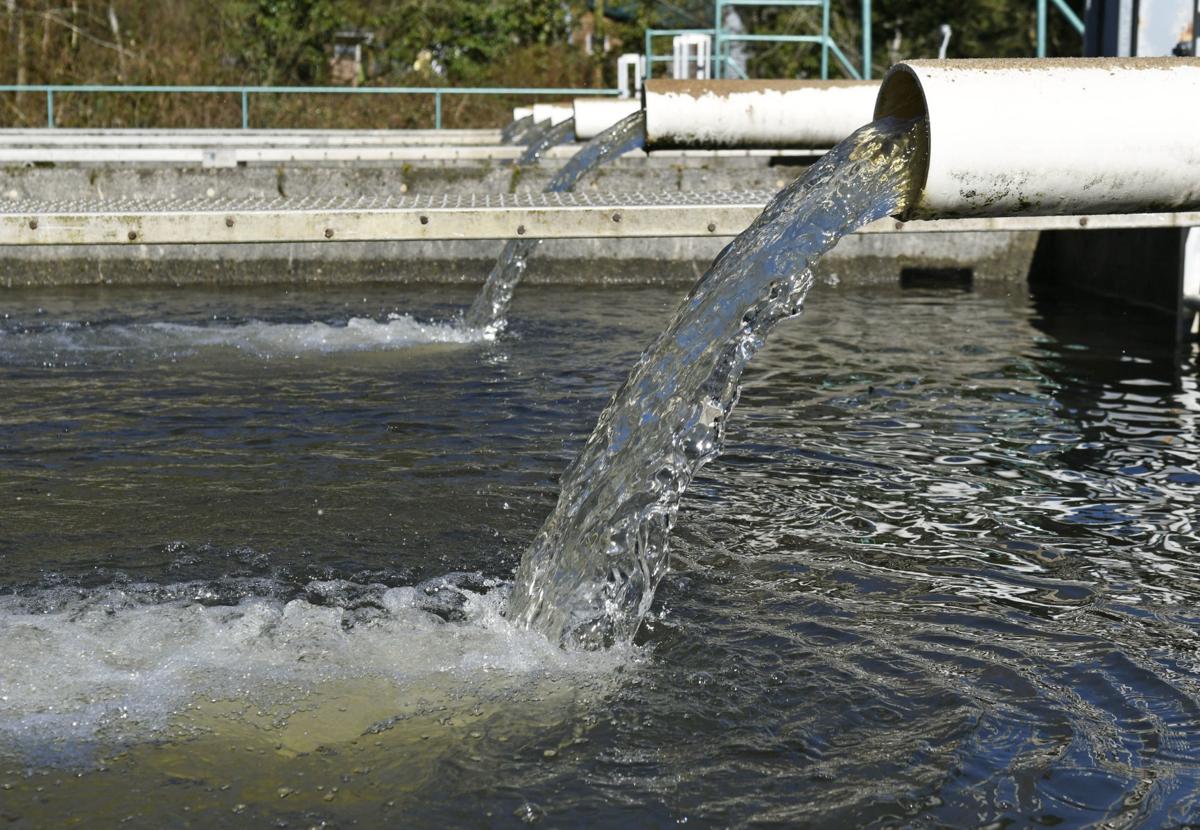 Misty Haughland pulls a young chinook salmon from a tank Thursday at the Samish Hatchery before clipping its fin. Fin clipping marks the fish as hatchery-raised.

Jessica Durling holds a young chinook salmon after clipping its fin Thursday at the Samish Hatchery.

Young chinook salmon swim in their holding tank Thursday as a powdery feed floats on the water’s surface at the Samish Hatchery.

This year the hatchery raised an additional 1 million salmon — using the facility’s entire capacity — in an effort to boost the number of fish available over the next few years to the region’s endangered Southern Resident orca whales.

Fish & Wildlife spokeswoman Michelle Dunlop said those fish are a portion of 7 million additional salmon raised this year at state hatcheries, some of which are managed in partnership with tribes.

The majority of those 7 million fish being raised to help feed the dwindling population of orcas are chinook, though the number also includes 850,000 coho, she said.

Experts are now watching the population’s newest baby, a calf born to L pod in January, hoping it survives.

Whales, including several calves, have died in recent years. Starvation is suspected to be the leading cause.

The Southern Resident orcas are a salmon-eating species that prefer chinook, which the National Oceanic and Atmospheric Administration estimates makes up about 80 percent of their diet.

The trouble is that several Puget Sound chinook species are also declining and listed as threatened under the Endangered Species Act.

In addition to a lack of salmon, noise from boat traffic is also believed to impede the orcas’ ability to hunt the salmon, according to NOAA and other whale experts.

In two trailers equipped with tanks with anesthesia in the water, about 20 hatchery workers scooped up one stunned fish at a time Thursday, clipping the small fin on their backs with precision before releasing them back into the water.

Clipping the fins will distinguish hatchery-raised fish from wild fish if they are caught by fishermen.

Stout said he’s glad to know he and the hatchery staff are doing something to help the orcas. He also has plans to do more if the state allocates money this year for renovations at the Samish Hatchery.

Fish & Wildlife is requesting $8.1 million in the 2019-2021 biennium for the renovations, which Stout said would involve replacing the existing dam and fish ladder structure at the hatchery.

He said he also hopes to add more ponds at the hatchery so more fish can be raised.

“We want to go further in the next couple years, and for the orcas bump that up to 6 million (chinook) or so,” he said.

He said he understands the significance of the fish to fishermen — both tribal and recreational.

“My grandson caught his first 10-pound chinook this year at 4 years old,” he said, showing off a photo.

Stout said he’s hopeful that by increasing the number of fish available to the orcas, more fish will return to area rivers, and that could allow for the reopening of fisheries.

He said the possibility of opening pilot chinook fisheries on the Samish, Skagit and Nooksack rivers this year is being discussed.

Hatchery chinook will return to the rivers in October. Eggs from some of those that make it back to the hatchery are used for the next generation.

Stout said the Samish Hatchery also gathers extra eggs to supply nearby hatcheries, including one operated by Bellingham Technical College and another run by Long Live the Kings on Orcas Island.

The chinook being marked with clipped fins this month at the Samish Hatchery are slated for release in late May.