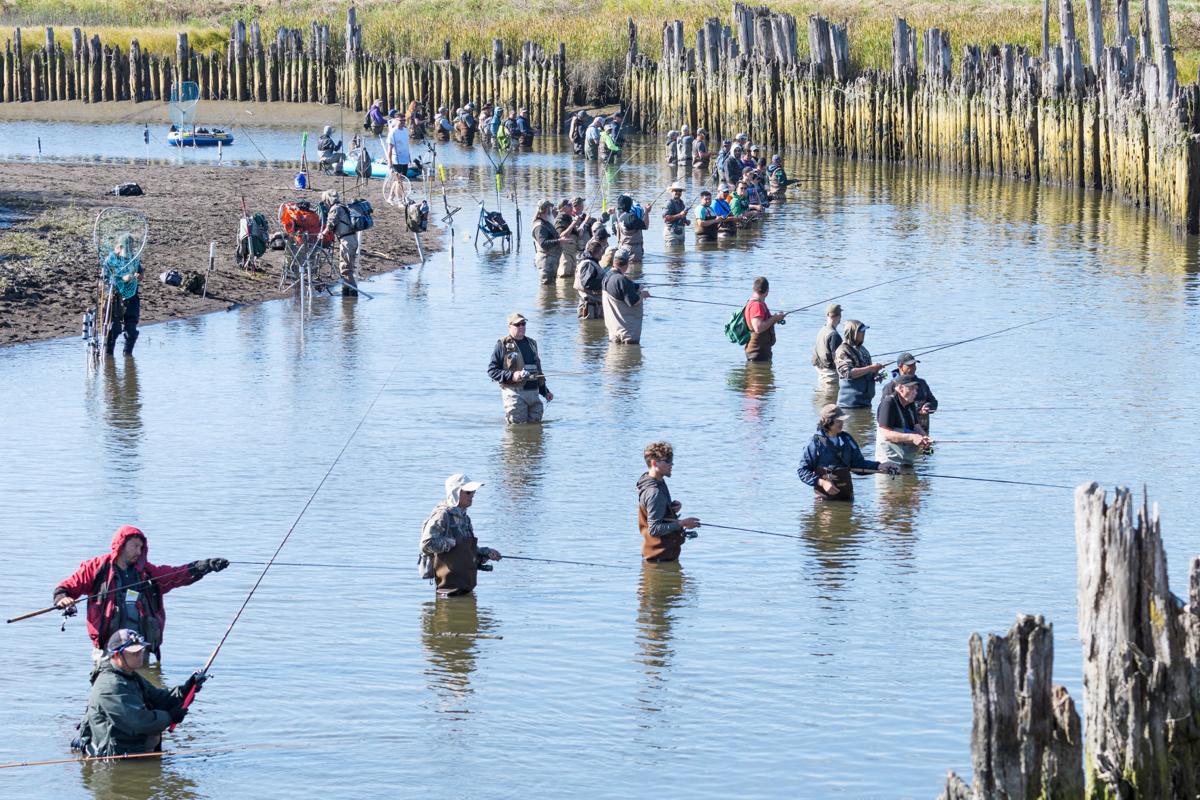 Fishermen fill the water Wednesday for the chinook salmon fishery on the Samish River near Edison. 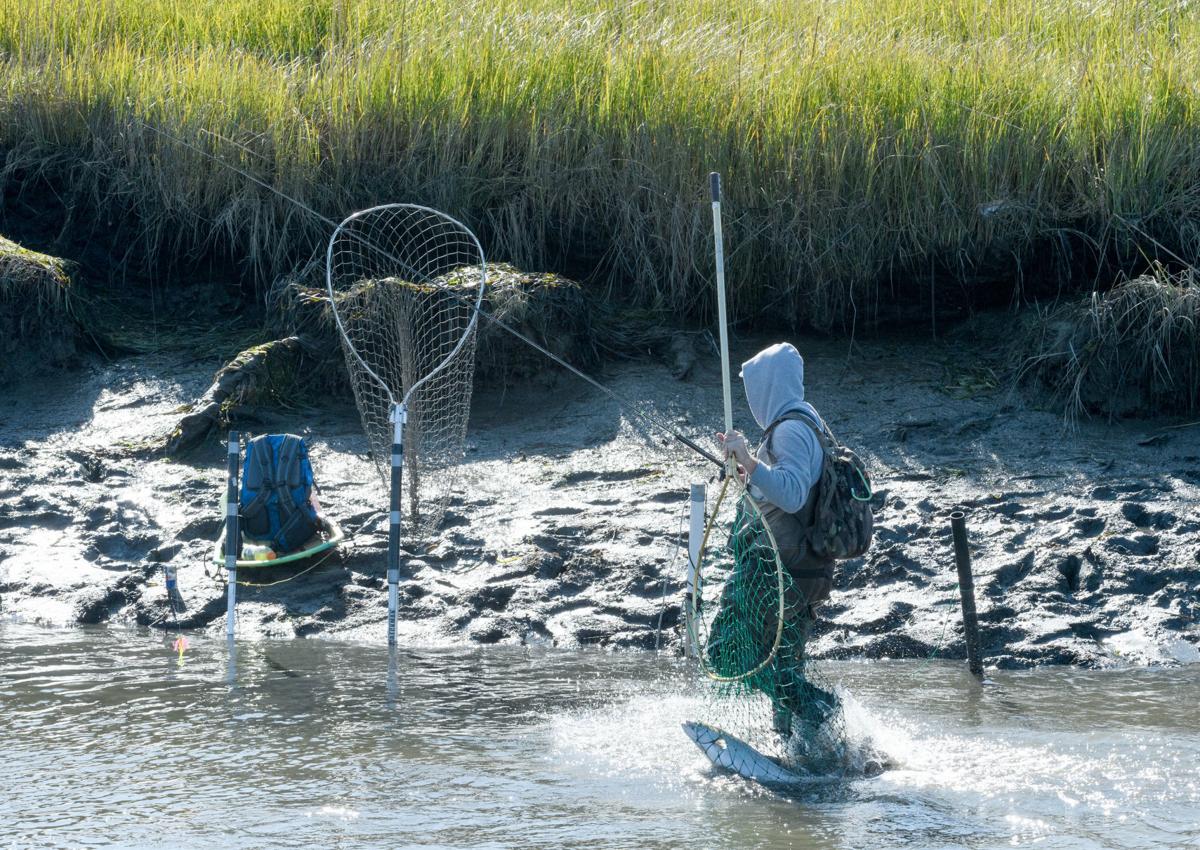 A fisherman has a salmon in his net Wednesday during the chinook fishery on the Samish River near Edison. 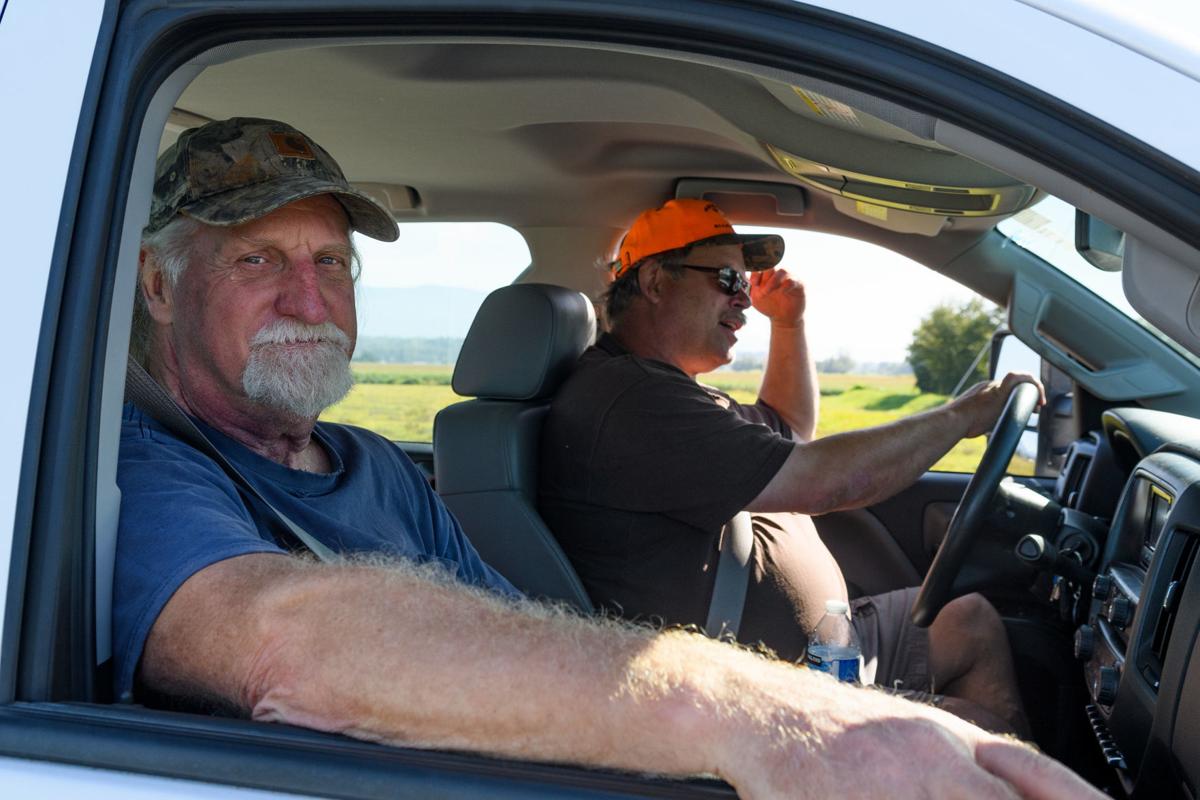 Stan McMahan (left) and Bruce Wade of the state Department of Fish & Wildlife spent Wednesday morning checking in on popular fishing sites along the Samish River salmon fishery near Edison.

Fishermen fill the water Wednesday for the chinook salmon fishery on the Samish River near Edison.

A fisherman has a salmon in his net Wednesday during the chinook fishery on the Samish River near Edison.

Stan McMahan (left) and Bruce Wade of the state Department of Fish & Wildlife spent Wednesday morning checking in on popular fishing sites along the Samish River salmon fishery near Edison.

Skagit River pink salmon aren’t returning in numbers strong enough for a marine or river fishery, the Baker Lake sockeye return was lower than expected and several other local salmon runs are forecast to be too low for fisheries this year.

Yet in the area there are still some opportunities for fishermen underway and on the horizon.

Anglers are beginning to catch Samish River chinook in a fishery open between the mouth of the river and Interstate 5, and a Skagit River coho fishery will open Sunday.

On the Samish, two hatchery chinook may be kept per day. Wild salmon must be released.

That fishery opened Aug. 1, but fish only recently began returning in numbers, drawing anglers to the river’s banks.

“It’s just barely getting started right now. They’re just starting to catch a few fish, which is typical,” state Department of Fish & Wildlife regional fish biologist Brett Barkdull said. “It’s around the last week of August, depending on the tides, when the fishery really starts.”

The fishery is scheduled to close Sept. 22.

Enough fish are expected to reach the hatchery, allowing it to continue increasing its production of the fish. Chinook are a primary food source for the region’s endangered Southern Resident orca whales.

The Skagit River coho fishery is scheduled to run Sunday through Dec. 31.

“We’re expecting a mediocre run I would call it, although it’s a little better than what we had predicted last year,” Barkdull said.

Fishing is allowed from the mouth of the river to the Cascade River Road bridge in Marblemount. Three coho may be kept per day.

Struggle on the Samish

The Samish chinook fishery has the prospect of being a good one so long as anglers abide by the rules — a problem in the past.

“The problems in the past have been people not using proper sanitation, littering, trespassing, snagging — things of that nature,” Barkdull said.

Skagit County Public Works and Fish & Wildlife are urging those participating in the fishery to use the appropriate gear, tactics and restrooms.

Fish & Wildlife released a video this summer detailing common mistakes such as using the wrong lures and snagging the fish instead of getting them to bite.

Skagit County Pollution Identification and Correction Coordinator Karen DuBose said the county is emphasizing the need to prevent sewage from getting into the water, where it can impact shellfish farms downstream — and that if anglers don’t follow the rules, Fish & Wildlife could shut down the fishery.

Barkdull said Fish & Wildlife law enforcement and staff will be monitoring the fishery.

The fishery has closed before due to problems with anglers not using restrooms, leaving behind trash and not respecting private properties along the river. Barkdull said it closed decades ago and reopened in 1992.

An underlying issue is the limited space for a large number of anglers.

Meanwhile, anglers may have been disappointed by the lack of a pink salmon fishery on the Skagit River this year and the closure last week of the marine area that includes Skagit Bay.

Barkdull said there hasn’t been a pink salmon fishery on the Skagit River since 2015, and that the number of fish returning can change significantly year to year.

“Pinks fluctuate wildly in numbers, not just in the Skagit but all through Puget Sound,” he said. “If there’s enough pink salmon, the fisheries will both be open (in the Skagit River and Skagit Bay area).”

The threshold for allowing a fishery on the Skagit River is a forecasted return of 330,000 fish.

Fish & Wildlife Salmon Policy Analyst Aaron Dufault said the forecast this season was for 115,000 fish, making it necessary to close marine waters to fishing in order to ensure enough of the salmon make it to their spawning grounds.

Barkdull said he thinks the recent low returns are the product of high river flows during spawning season in 2015 and 2017. High flows that come just after eggs are laid can kill them by burying them or washing them downstream.

“If we have good egg and (young fish) survival, we have good runs ... It’s all kind of predicated on what the flows are like before and during spawning season,” Barkdull said.

But the low return this year isn’t alarming because returns can swing from excellent to dismal year to year.

“Pinks are very much so boom or bust, more so than any other species,” Barkdull said.