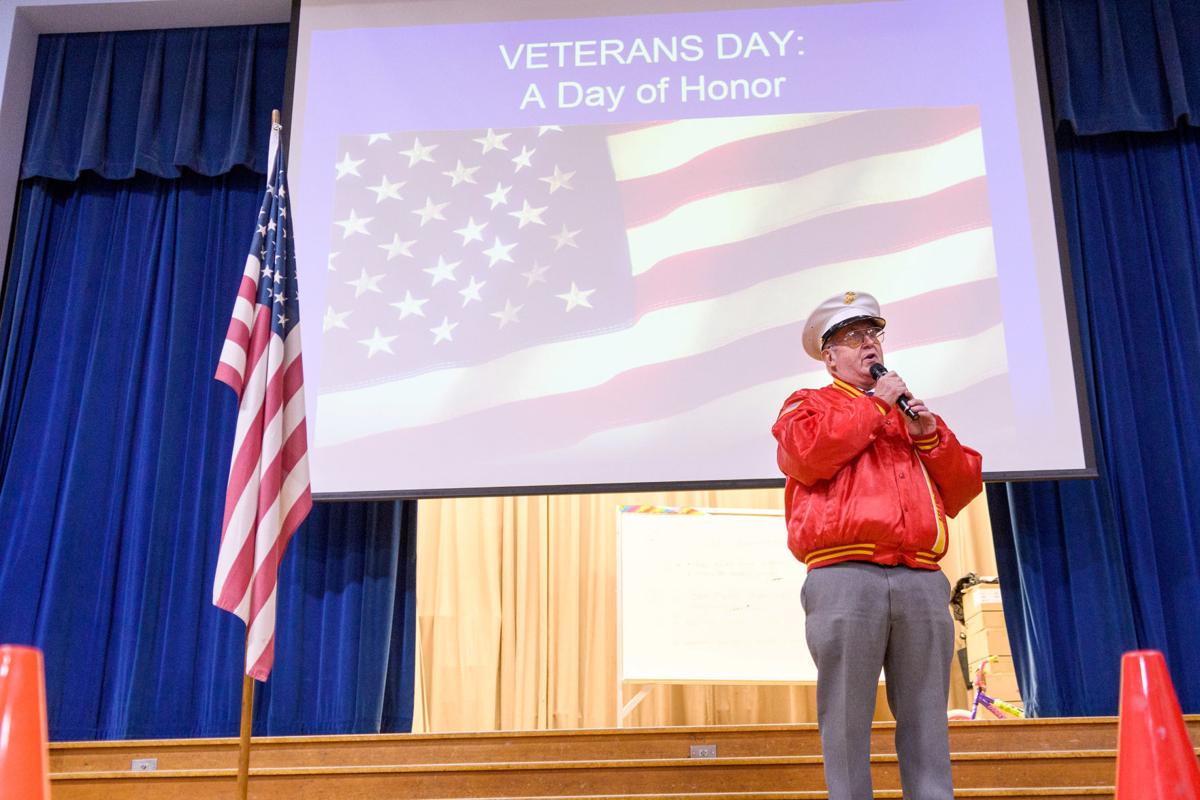 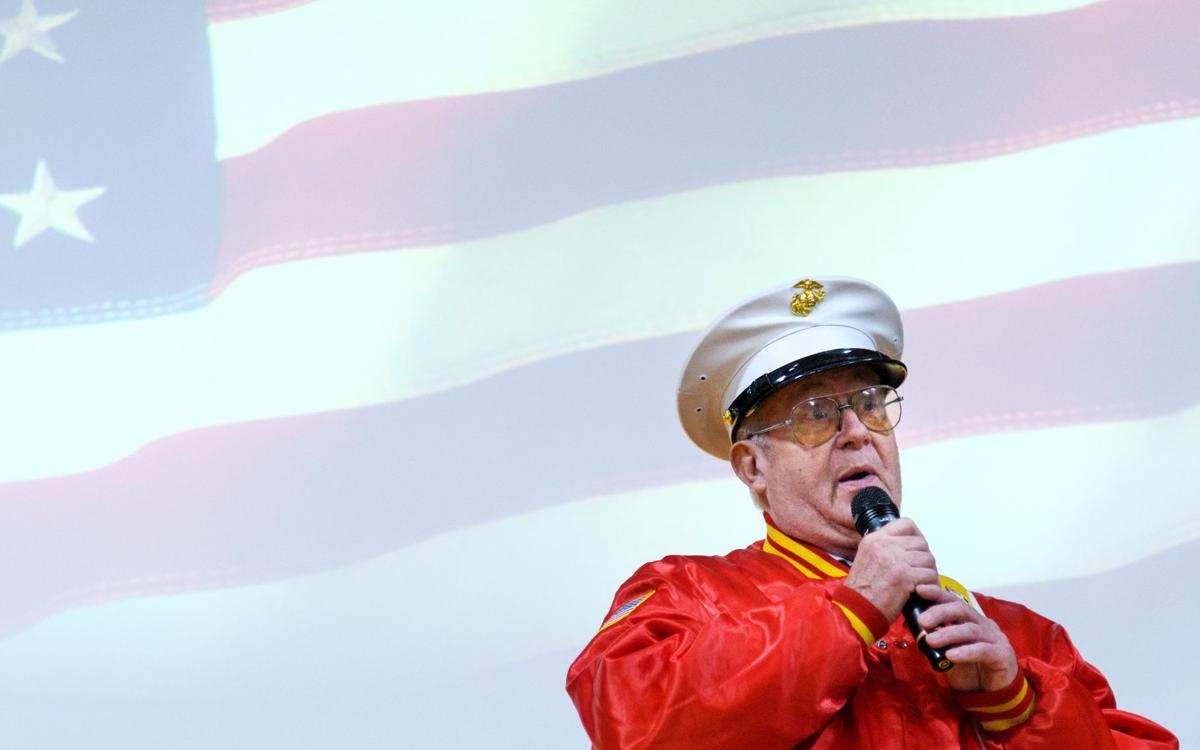 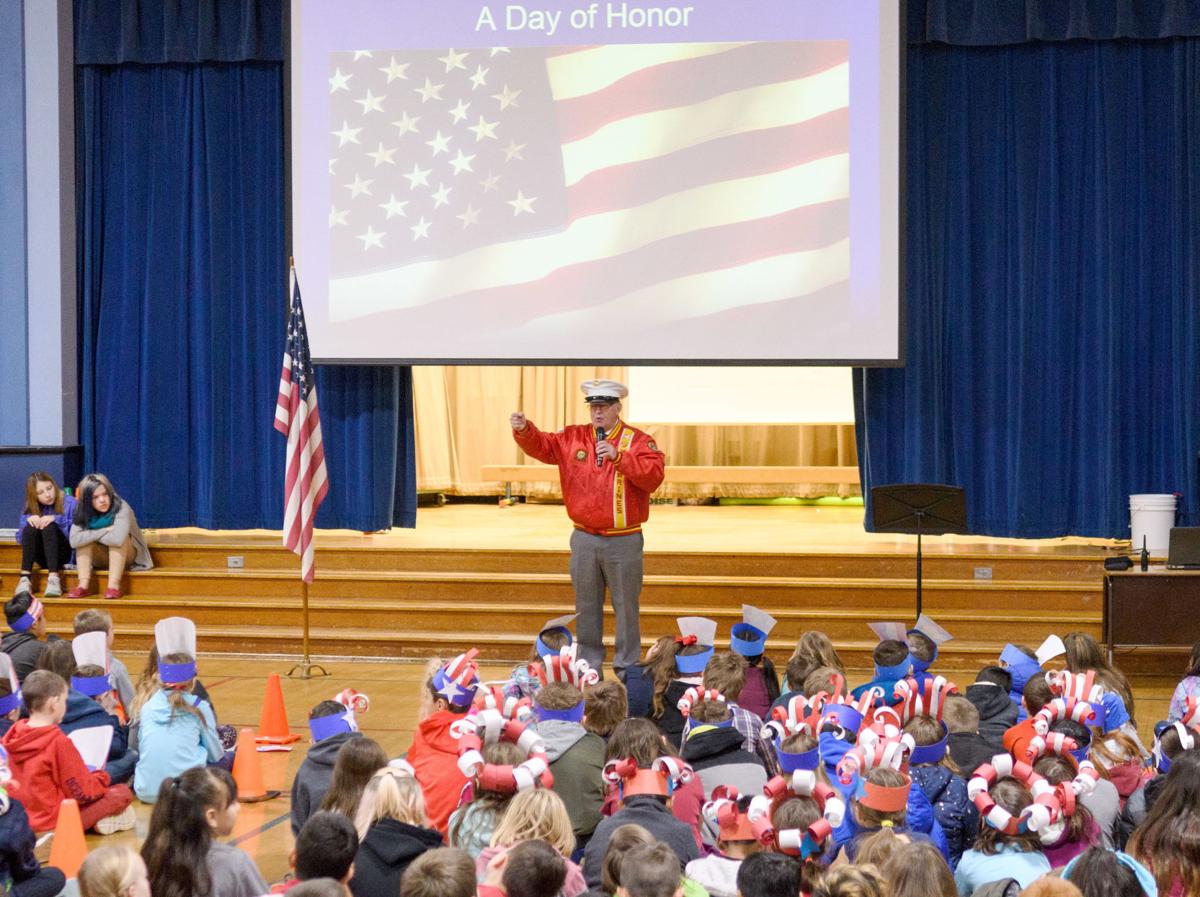 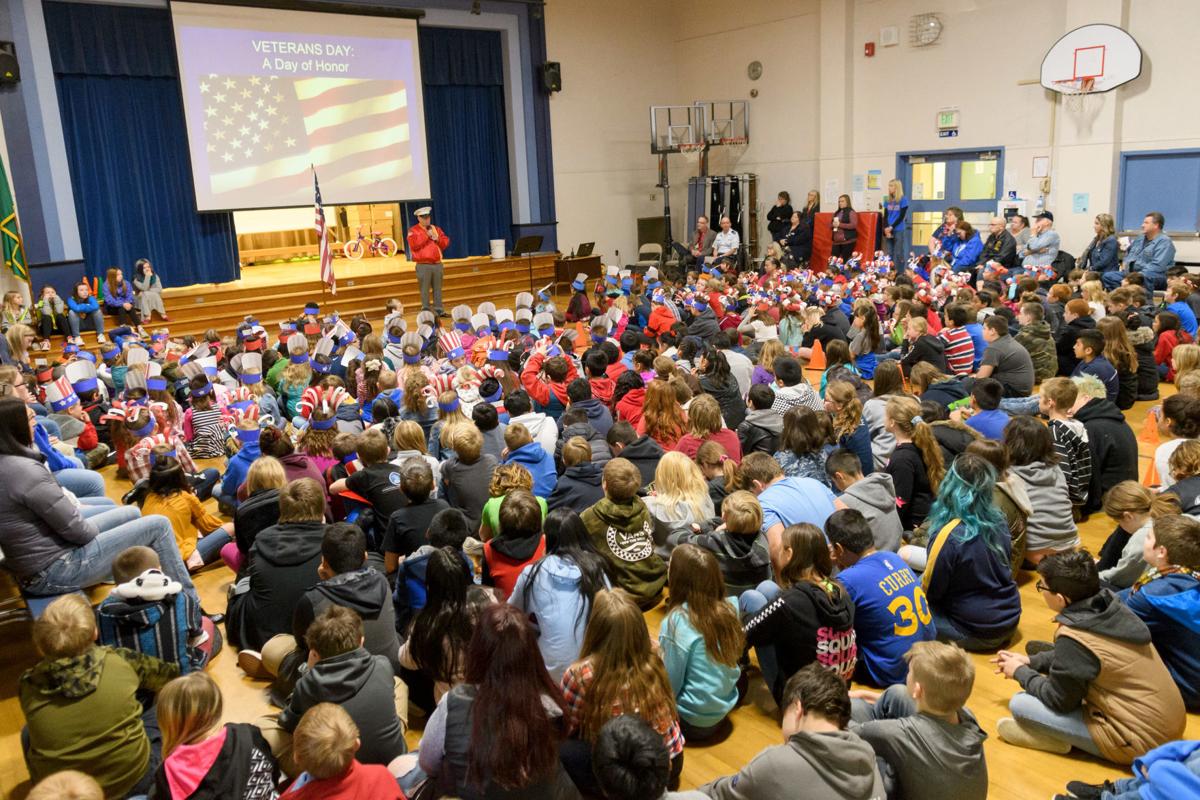 SEDRO-WOOLLEY — Anyone who has attended a Veterans Day or Memorial Day event in Skagit County has probably heard Sedro-Woolley’s Lee Schuirman.

In his red Marine Corps League uniform, crisp white hat and gloves, Schuirman recites what he calls the flag story — a nearly 10-minute monologue detailing the history of the American flag, and the men and women who have fought and died for it.

“Here’s to the red of it, there’s not a thread of it, no nor a shred of it, in all the spread of it. But heroes bled for it, faced steel and lead for it, precious blood shed for it, bathing it red.”

The 73-year-old Schuirman has been reciting the monologue at events throughout the county for about five years.

It’s a labor of love he took over from friend Jerry Wachsmuth — a fellow Marine who was stationed on the USS Pennsylvania during the attack on Pearl Harbor.

Wachsmuth, who was the last known Pearl Harbor survivor in Skagit County, died in February 2017 at the age of 95.

Since taking over the duty from Wachsmuth, Schuirman said he has expanded on the flag story, adding lines from what he has read or heard, or from conversations with veterans.

“I will see something or I’ll hear something and I’ll like it,” he said. “The problem is when I put something in, I have to take something out.”

One part he will never take out, he said, is the poem at the end — the only part of the monologue not written by Schuirman.

“Here’s to the white of it, thrilled by the sight of it, who knows the right of it, but feels the might of it. Womanhood’s care for it, made manhood dare for it, purity’s prayer for it, keeps it so white.”

It’s not just the words that make Schuirman’s monologue stand out. It’s his delivery — poignant and passionate.

While he served in the Marine Corps between 1965 and 1971, Schuirman said most of that time was as a reserve.

Performing the monologue is his way of giving back to those he says did more than he did.

“The military loss has touched everyone somewhere somehow,” he said. “How do you thank those guys that have gone underground? They’re not going to hear it.”

”Here’s to the blue of it, beauteous view of it, heavenly hue of it, star-spangled dew of it. Diadems gleam for it, states stand supreme for it, liberty’s beam for it, brightens the blue.”

When not reciting the monologue, Schuirman is a active volunteer, such as with the Masonic Lodge or with the Watch DOGS (Dads of Great Students) program at Mary Purcell Elementary School — a school he attended and where his grandson is now a student.

Three of his classmates from Mary Purcell died during the Vietnam War, he said.

By performing the monologue at schools such as Mary Purcell, he said he hopes he’s spreading a message to the students.

“Thanks for the veterans that have gone before them,” Schuirman said. “It’s history.”

”Here’s to the whole of it, stars, stripes and pole of it, body and soul of it, O and the roll of it, sun shining through. Hearts in accord for it, swear by the sword for it, thanking the Lord for it, red, white and blue.”

See the video online at goskagit.com.