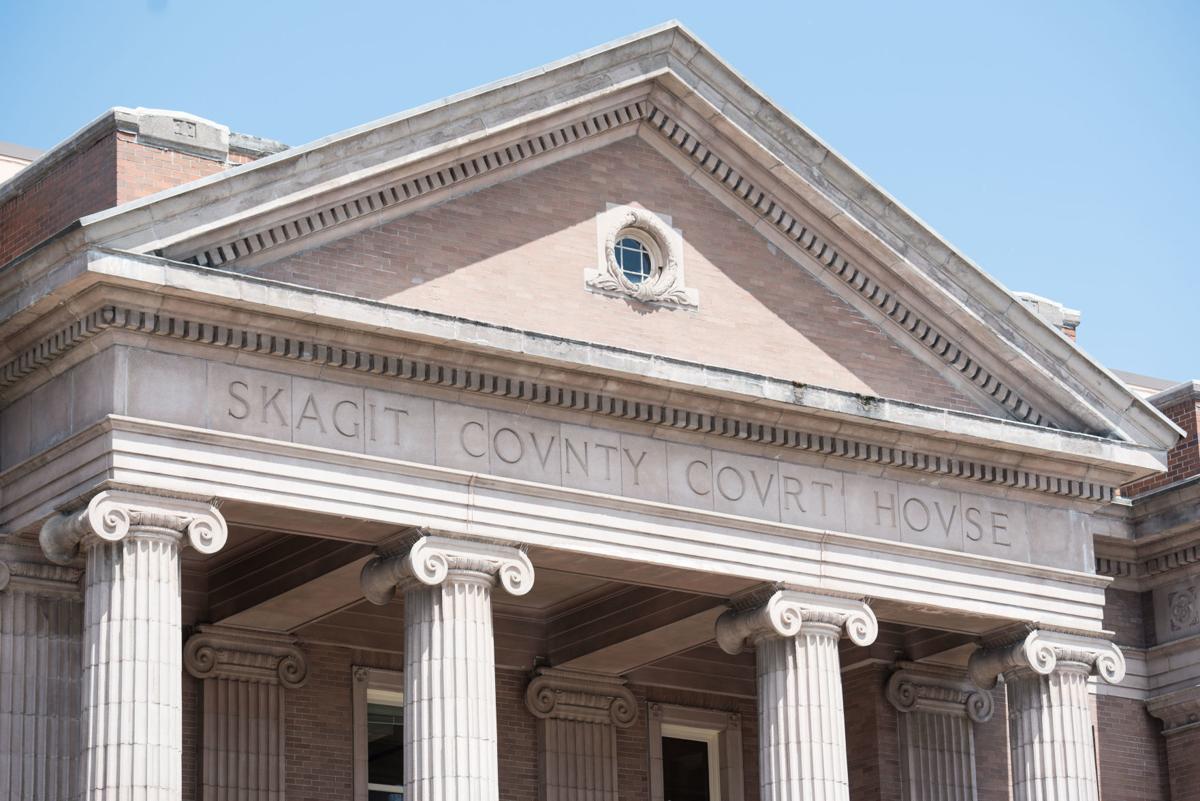 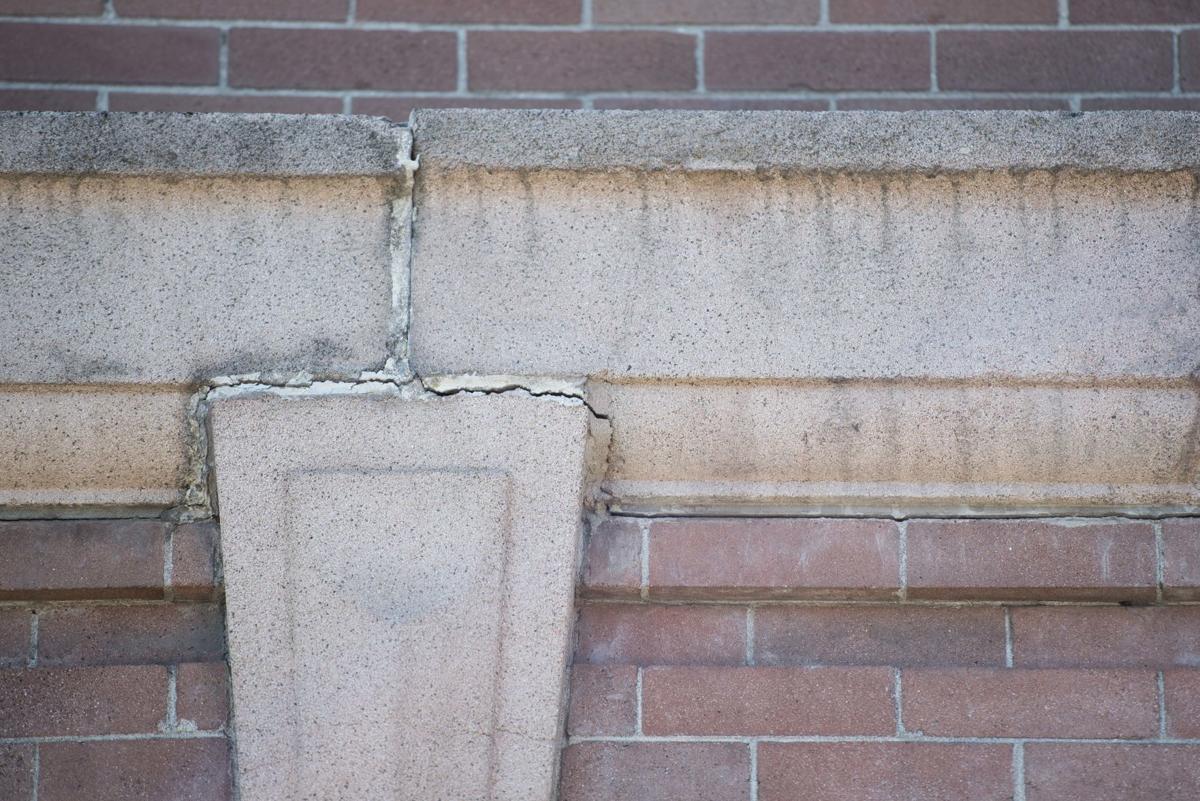 A crack is shown on the east side of the Skagit County Courthouse in downtown Mount Vernon on Wednesday, June 26. 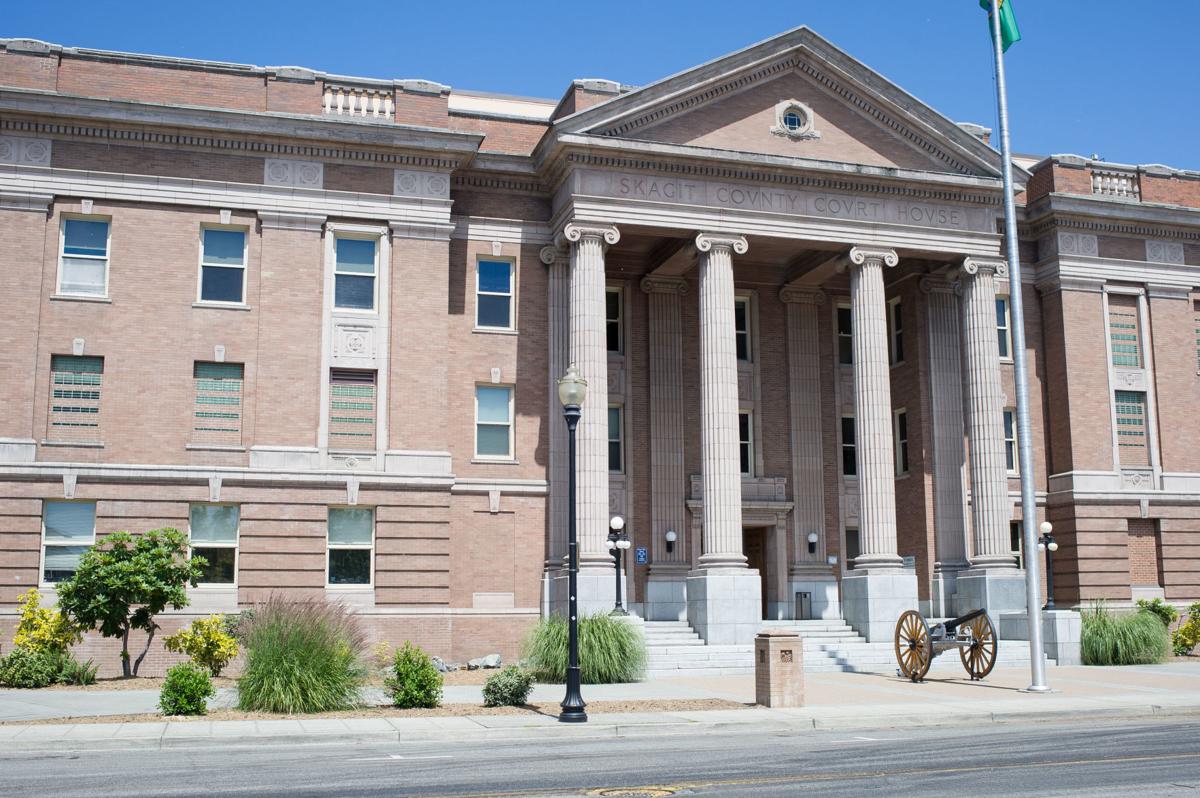 A crack is shown on the east side of the Skagit County Courthouse in downtown Mount Vernon on Wednesday, June 26.

A new report shows severe structural deficiencies in the Skagit County Courthouse in downtown Mount Vernon, putting the building under threat in the event of an earthquake.

“There are significant seismic deficiencies that need to be addressed,” the report from the Davido Consulting Group reads.

The report offers several paths forward, from a full retrofit to simply removing weight from the top floor, but it wasn’t intended to be detailed enough to provide cost estimates or a time frames.

County Commissioner Ron Wesen said the report is part of a more comprehensive look at the sufficiency of the courthouse. The building does not meet the modern security guidelines and is lacking in space for staff, he said.

Because of the age and condition of the facility, the commissioners may decide it makes sense to build a replacement for the historic building, Wesen said.

A county work group met in late June with the consulting firm to learn more about the assessment of the building.

“It was basically over-engineered,” said Ken Hansen, interim director of the county’s Facilities Management Department. “It’s a very heavy building, which starts to work against it.”

The elevator shaft is the only concrete wall that runs from the bottom floor to the top, meaning in the event of an earthquake the building would pivot around that point, Hansen said, recounting what he learned at the meeting. Because of the shaft’s asymmetrical placement in the building, it represents more danger, he said.

Many interior walls are made from hollow clay tile that would provide little stability in an earthquake, the report states. Consultants found extensive cracking in several walls, especially on the fourth floor.

“It’s horrible in a seismic event. That tile just crumbles,” Hansen said. “It’s like it’s not there.”

One of the largest problems, according to the report, is the unused fourth floor.

“There are many concrete walls on the fourth floor but very few on the third floor,” the report states.

The fourth story weighs about 50% more than the third. Hansen said top-heavy buildings like this are likely to sway during a quake, causing additional damage.

However, there are some factors that are in the building’s favor, he said.

A layer of rebar was added to the crawlspace in 1996, which would essentially float the building if a large earthquake caused soil liquefaction.

Without that, the building would sink into the ground, Hansen said.

The work group — composed of Wesen, county judicial elected officials and facilities staff — will continue to discuss options for the building, Wesen said.

In the report, the consultant suggests several possible options to reduce risk, including the removal of the majority of the fourth floor, replacing the hollow clay tile with a lighter, stronger substance or bolstering stability by adding concrete walls in certain places.

However, even doing all of these together would only reduce the seismic load by about 14%, according to the report.

The county commissioned a similar report in 1994, which indicated the “existing structural system can not safely resist ... earthquake forces.”

Some plans to improve its seismic stability were never implemented, according to the 2019 report.

Those planned retrofits would have added several concrete walls throughout the building, but even those changes would no longer meet modern code, the report said.

Wesen said the county will look for grant opportunities to fund restoration, but if the cost is too large, he said he would consider investing in a new facility.

“I personally like the old courthouse,” he said. “But we have no idea what the cost of renovation would be.”

Commissioner Lisa Janicki said she wasn’t ready to say whether she would consider abandoning the old courthouse.

“Maybe I’m a little sentimental, but I don’t think we should be a disposable society, throwing away old buildings,” she said.

She said the commissioners need to communicate more with their consultant and get a better understanding of the safety risks and potential fixes, then discuss what the county can afford to do.

The bigger picture, she said, is that the state is lagging in addressing buildings that represent a seismic risk.

Commissioner Ken Dahlstedt said if costs get to the point that retrofitting isn’t cost-effective, it is possible that a new building would be on the table.

“Any time we’re going to potentially retrofit a building, you need to think about that,” he said. “But there are still a lot of things that need to be considered.”

He said there are several other buildings in downtown Mount Vernon that are just as old as the courthouse, and are likely in just as much danger.

The problem with relocating is that the courthouse staff need to work closely with other nearby departments, like the Skagit County Sheriff’s Office, Prosecutor’s Office and Public Defender’s Office. If the courthouse is moved, the entire campus may need to come with it, he said.

Wesen said the commissioners shouldn’t make a decision on how to move forward without knowing more about costs, and how to deal with the impact that renovation would have on daily court operations.

“Any retrofit (is) going to take people out of the building,” Wesen said.

This means the county would need to find space to hold trials and hearings, and places for staff, judges and juries that offer sufficient privacy.

It’s likely that any significant work on the building would trigger the need for the installation of expensive fire suppression systems and upgrades to comply with the Americans with Disabilities Act, he said.

“We need to be getting answers to all these questions as soon as possible,” Wesen said. “... It’s the commissioners’ responsibility to have safe buildings, and we’re going to do what we can to make that happen.”

Wesen said the commissioners and county department heads will meet an engineer from the consultant group for a public, on-camera discussion. The meeting is scheduled for 3 p.m. Thursday, July 18, at the Commissioners Office, 1800 Continental Place, Mount Vernon.